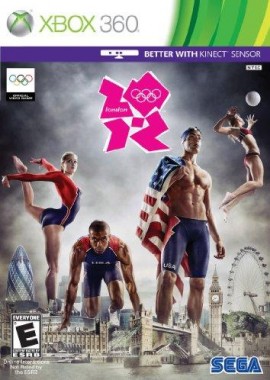 Overall
Every four years, the entire world comes together as one to participate in the biggest event in humanity’s history, the Summer Olympics. Since the days of the NES, developers have put out a good number of titles to pay homage to the event, but aside from a few gems, nothing has lived up to the excitement that the actual product has to offer. This year, London is home of the worldwide sporting phenomenon, and with that is yet another video game adaptation set in the  historical city from Sega. The question is, does London 2012 show us a spectacle, or is it just a quick cash grab with perfect timing? Here is my review for London 2012. 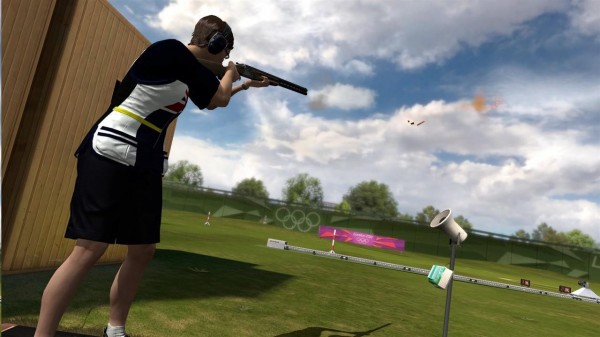 Gameplay
It shouldn’t shock anyone to know that at it’s core, London 2012 is a title made up of a good number of Olympic games. There are around 40 in all – covering swimming, track and field, archery, and all the rest of the standard fare that you would expect to see. Yes, the sheer amount of variety should impress anyone looking forward to the real deal, but execution is everything, and part of the reason why London 2012 doesn’t hit all of those sweet spots.

A good portion of the events are controlled like a quick time event, where the player must steer or control their character’s movements with some button mashing fare. For example, table tennis only requires the player to shuffle around the table with the left stick, and rally the ball while carefully timing their hits with the right. When it comes to a sport on a grander scale such as track and field, the player must then mash their action button appropriately to fill a gauge, while still staying withing the gauges range. Some could easily criticize the simple nature of these mechanics, but they do work and make the game easy enough to pick up for anyone; even if the end result is less than satisfying in some cases. 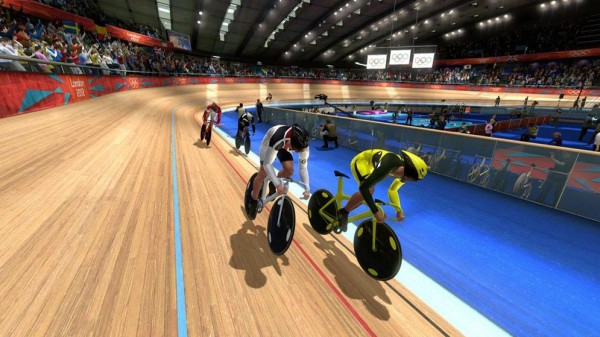 Like any compilation title, there are a good number of sports within London 2012 that are a blast to play and make up for the lack of challenging gameplay. Archery for instance is great fun, as the player must strategize their shot based on the wind direction, and then aim and fire the bow by pulling back on the right stick and giving it a quick flick. Biking is also another event worthy of mention, as the player has full control over their athlete and must tap like a mad man in order to pedal while smashing up against other competitors to get that upper advantage.

With every noteworthy event comes two that are less than stellar, and that is a shame considering how true London 2012 is to the actual Olympic games. Diving was one of my most anticipated events to see, as you would think you have complete reign over a diver as they make their major spash. Instead of anything thrilling however, the game allows little choice to the player, and goes back to having timed button presses and analog jerks to perform the tricks of you’re choosing. Kayaking is another watery sport that is just as disappointing, as poor implementation make for some frustrating moments when you are speeding down a stream, struggling to appropriately steer a small kayak that feels like the Titantic. As you can tell, there is a lot of hit in miss in the gameplay department. Now, nothing is completely broken or even terrible by any means within the game. It does feel however that some of these prestigious events got more attention than others. 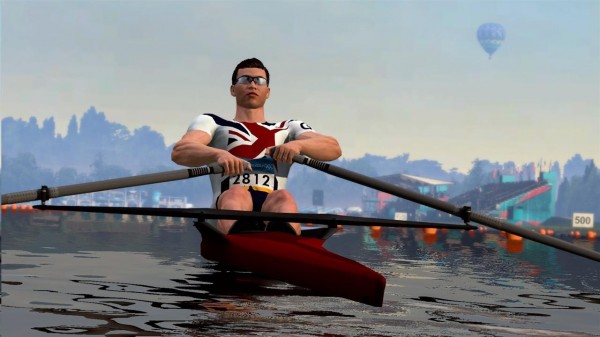 As far as the Kinect support goes, don’t go in with high expectations. Yeah, I’m sure most of you would have guessed this, but the motion control only works for a select few events, and doesn’t ever feel as fluid as the standard controller inputs. Some of the events work well, such as cycling or running-based romps, but these only work well because of their limited scope as the player is just required to flail their arms like a jogging lunatic. I understand that Kinect support makes sense in any casual sports title, but London 2012 isn’t any better of a product because of the extra add-in of motion support. 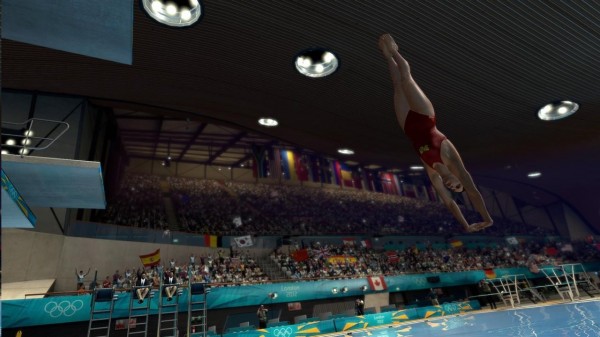 Even with the somewhat lackluster events in the mix, London 2012 still ties the sports together well in it’s main mode, where players tackle 10 events as a representative of one of 36 countries, with the main goal of course to grab as many gold medals as possible. Events mode works about the same, but lets players customize their own playlist, where they can add friends to the mix and compete in any sport of their choosing. This mode is honestly where the game’s true core is highlighted – as when London 2012 is set up like a themed party styled game, it provides a ton of cheap yet fun entertainment to all players involved. Also to be found is a bit of customization as well, where you can change the look of your athlete to best suit your own preference. It’s a small addition, but one that benefits the game greatly, and makes events feel less stale after multiple playthroughs. Even after you have finished the events, there is always a world record to break for every sport within, giving the game a good amount of replay value that should keep fans of the almighty games happy for hours on end. Online mode is also a welcome addition, letting players compete with competitors all over the world to fight for

Visuals and Audio
Most of you know how licensed titles of any kind end up when it comes to presentation. We usually see bland character models inside flat environments, and the entire design just looks sloppy and rushed. That is NOT the case at all for London 2012 at all though. In fact, this is a beautiful game. Each arena is detailed well and has an epic feel as you perform in each event due to the spacious structures that are beaming with color and life. London 2012 makes you feel as if you are at the Olympics, and that alone is what made myself want to enjoy the game much more than I did. 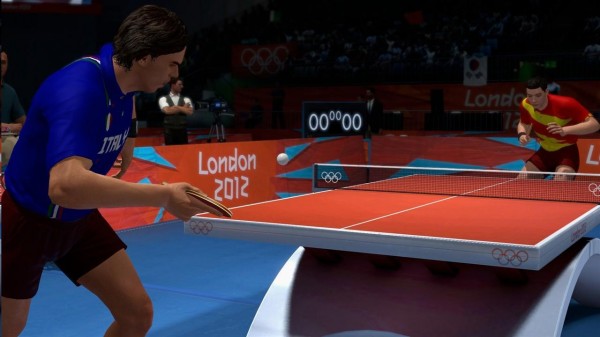 Audio is another department where London 2012 shoots for the stars. Yeah, the soundtrack is mainly made up of an overused inspirational melody, but the commentary is sure to get all participants excited as both the male and female commentators bring a lot of excitement to the events they cover, without overly repeating themselves or making the wrong calls like we have seen in so many other sports titles. You are supposed to be enthused to call such a grand event like the Olympics, and these voices do a great job at putting the player in the head of the athlete they control.

Overall
London 2012 bares a fantastic presentation that is captures the historic event to near perfection, but never can be fully realized due to the gameplay’s shortcomings. It isn’t too much of a surprise these days to see this in a sports title, but considering that this game nails it in every other area, it was still slightly disappointing to discover that a good number of these events just don’t live up to their potential – making the game feel average as a result. Of course London 2012 is still worth a look as there are some entertaining sports to participate in and things are definitely more enjoyable in multiplayer, but those who are just casual fans of the 5-ringed spectacle are better off watching the real deal this year.