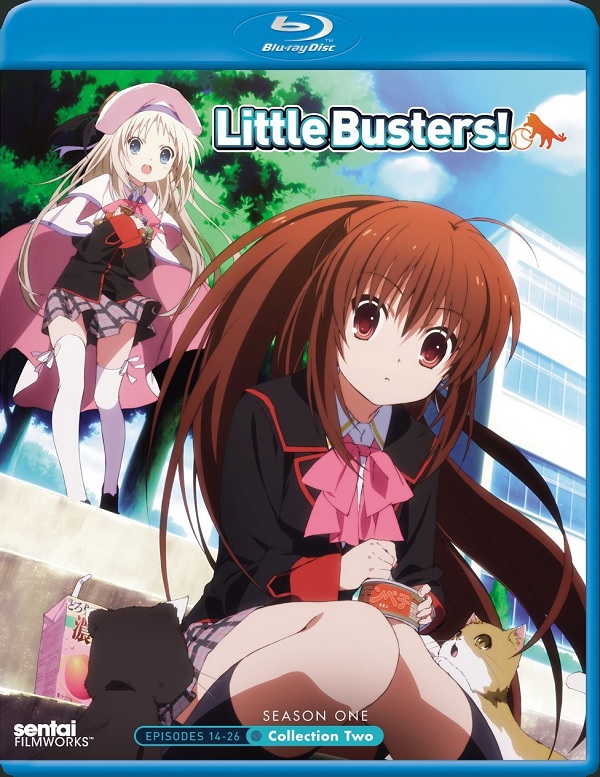 Overview
While any form of entertainment can appear light-hearted on the outside, there is always some form of drama to help push the story forward and among visual novel developers, Key is best known for creating emotional stories that are hard to forget. In Little Busters! Collection One a large number of the cast was introduced but only a few of them were given much depth. With Little Busters! Collection Two set to wrap up this series, does the story continue successfully from where it left off?

Story
When we last left the Little Busters they were still trying to gather enough people to flesh out their baseball team while also overcome a few past tragedies with their new friends. Riki had already managed to find a number of new friends to join the team including Yuiko, Haruka, Kud, and Komari while also taking on a few small challenges that happen in school life and also helped Komari deal with a trauma involving her brother. 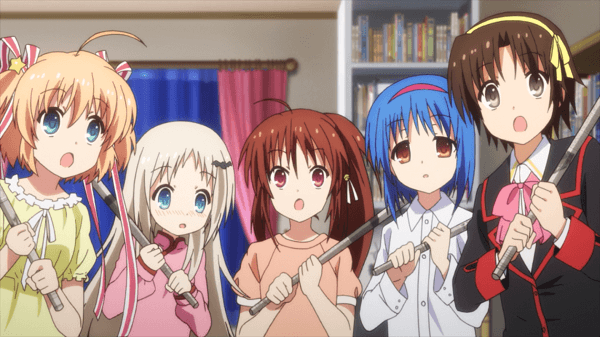 However while Komari’s trauma mostly involved denial, his newfound friend Mio is something else entirely as she is a girl with no shadow. When she is suddenly replaced by a girl who looks just like her named Midori, Riki finds out that everyone around him acts as if Midori has always been there and that a girl named Mio had never existed. After being told by Midori that he too will forget about Mio, Riki is determined to do everything in his power to hold onto his memories of Mio.

To deal with this Riki learns more about Mio’s past all while Midori continues to play with his memories before finding out what has caused Mio’s magical seeming situation. After this things only continue to get more complicated as Haruka’s issues with authority and the student council comes to a head. With Haruka’s family matters being incredibly complicated and her torturous past coming into the light Riki and the rest of the Little Busters band together around her in support as they try to help their friend overcome this harsh ordeal. 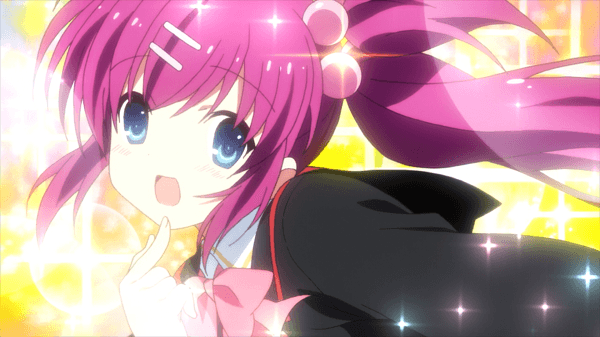 Even with Haruka’s issues seeming dark, it is only with Kudryavka do things continue their shift towards darkness. With her mother set to be sent into space as a cosmonaut, Kud is separated from her friends as she must return to her homeland once the worst occurs only for her to have to face a terrible set of events alone. With everything that is happening, the group still does their best to rally together and even manage to hold their first baseball game once everything is said and done.

Or is it? Now the first half of Little Busters! introduced tasks that, if Riki and Rin could complete them, would reveal the secret of the world. Throughout the first half the secret was nothing more than an afterthought compared to Komari’s problem and organizing the team but in this second half the secret becomes something that is always in the back of the viewer’s mind. The tasks brought by the cats are still sparse, but they seem to grow increasingly more relevant to the events at hand and whoever is writing them knows of certain events before they happen. 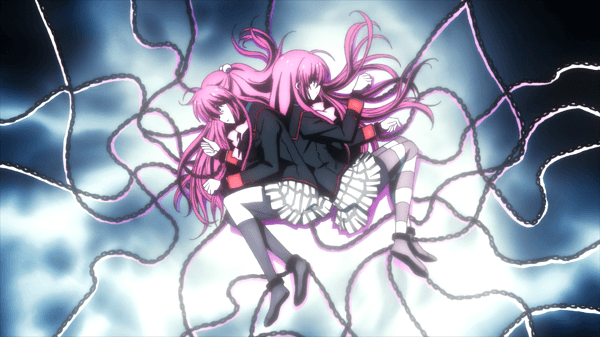 Things grow ever darker around the group as numerous hints are dropped throughout the second half of the series. While the first half was mostly light-hearted, the tone in Little Busters! Collection Two remains dramatic almost throughout. There are a few minor episodes included between character arcs to provide some light-hearted moments but outside of one specific episode mostly focused on Riki getting messed with by the girls, even these episodes have importance to them as they reveal important details that are called upon later in the series or drop dark omens of what may unfold later.

Little Busters! is a series that can easily be watched a second time through to catch certain moments where a major hint was dropped that can give you the chills. There is much more happening in this world than meets the eye and with hints of magic here and there the secret of the world is ever present and nowhere does it become more evident than when Kud despairs that she must get back to help Rin and Riki. 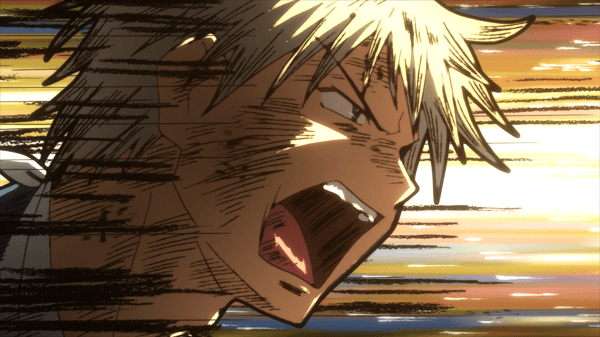 The Little Busters’ baseball group is a perfect example of everything presented to the viewer. For a baseball team to succeed all of the players must work together and believe in one another and in Little Busters! these characters are all strong enough to pull the team together. In many other series a character such as Haruka who is always joking around and messing with people suddenly undergoing a serious shift with her past being revealed wouldn’t have worked or a ritual with Kud and Riki that could have been simply played off as fan-service actually being something meaningful. However thanks to how Little Busters! has established these characters and has told its story it manages to pull it off exceptionally well. 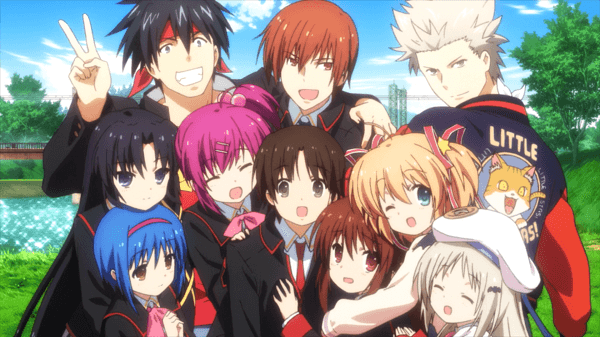 The same can be said regarding the tone of the series as it swings wildly from laughter to tears as characters experience hardship and grow. While the series is full of heartfelt moments of success it is also mixed in with dramatic moments of failure and the dark side of the world and it is because of this that the tone shifts work so well. However with everything that has been hinted at and revealed so far and memories seemingly forgotten, it seems the worst has yet to come for this tightly bound group of friends.

Visuals
It appears that somewhere in the second half of the series J.C. Staff decided to work on their animation department a bit as the animation and character designs have been improved in Collection Two, though they still are a bit of an issue at times. The issues remain however with characters’ faces occasionally looking out of proportion or slightly deformed in group shots which is unfortunate. 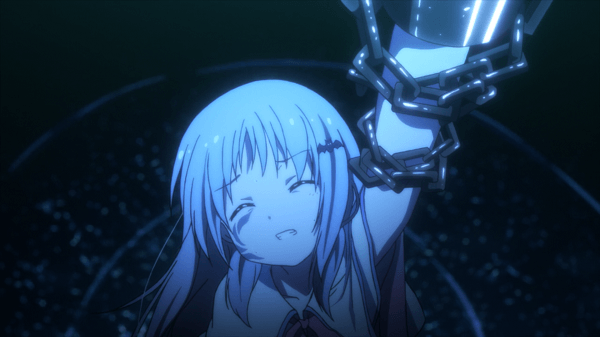 As with the first half of the series, the series remains bright and colorful and the amount of detail put into crucial scenes has been increased with some impressive looking moments, especially during Kud and Haruka’s story arcs as both of these feature dramatic moments made more impactful through visual effects.

Audio
As with the release of the first half of the series Little Busters! Collection Two includes both an English voice track as well as the original Japanese voice work. The voice actors have all retained their roles and continue to fit them perfectly, which remains a bit surprising since Riki is voiced by a female voice actress. It is worth noting that with the focus highlighting Kud a number of times throughout this second half, a lot of Russian words are used throughout and her voice actress has handled her speech patterns quite well. She even begins to use Kud’s Japanese “wafu” phrase a number of times later on in the release. 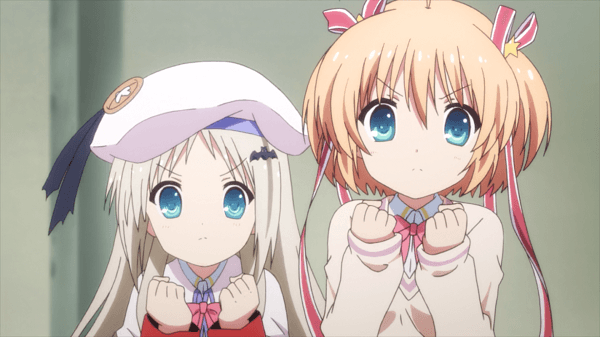 The issue regarding the voice work not matching up with the mouth flaps that the last release had did not seem to occur in this release as the voice work matched the character’s mouth movements almost perfectly. The background music throughout the series remains the same as what was found in the first half and both “Little Busters!” and “Alicemagic” from Rita remain the opening and ending themes, although a few different ending themes are used at the end of character arcs.

Extras
Little Busters! Collection Two features some rather basic bonus features in the form of Japanese promotional trailers, a clean version of the opening theme, unfortunately it features the same animation found in the first half of the series and not the one used in the second half that features different animated scenes highlighting Haruka and Kud, a clean version of the ending theme, disc credits and trailers for other Sentai Filmworks anime.

Overall
Little Busters! tells a beautiful story of friendship and overcoming challenges no matter how painful they may be and Collection Two finishes up the story arc viewers were left off with as well as explores a number of other characters while continuing to pull on your heartstrings with dramatic moments. Few shows can pull off what Little Busters! does but this series does it beautifully. Yet even when everything wraps up in a heartwarming moment, viewers are left with dark omens of the future and of frozen time that will begin to move once more as the story continues in Little Busters Refrain.