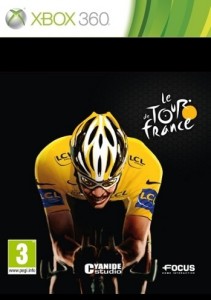 This year’s Tour de France competition is already well underway and with it reaching its conclusion this Sunday 24 July, what better time to review the collaborative game from developer Cyanide Studio. The Tour de France race celebrates its 98th birthday with this year’s event, and this tie-in game covers all 21 stages of the most gruelling cycling event on the planet. Thankfully it doesn’t support Kinect…

As aforementioned, the game does include all 21 stages of the race but, with the total route distance sitting at a hefty 3430 kilometres, to avoid the physically testing nature of the tournament being reciprocated in the gameplay, the developers have selected the more interesting parts of stages for you to take control, leaving the more mundane sections to a race simulator. Your approach to the race when you are playing affects how the AI will continue the race in the simulator, basing its own efforts on your performance in the stage so far and the orders given to team-mates over the inter-communication system. 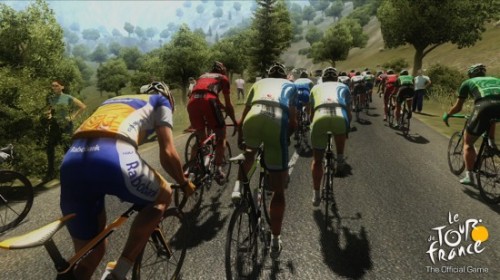 The voice communication system is operated using the LB button and then scrolling through the various options as you race, giving orders to your team-mates when the push forward in the race or protect you, or for consulting the squad car for an update on the status of the race. You notice that the race usually takes place in ‘pelotons’ (groups) of riders, showing how the team options and a tactical awareness are vital for succeeding. However, the mere fact that you are able to open up and control menu while you are racing goes to show the level of involvement present in the game.

You see, many will find Le Tour de France 2011 to be boring because it is clearly a simulation of the sport, meaning you’ll have trouble finding the thrill that you could get in a more arcade portrayal of the cycling. It’s focussed more on the tactical side of the sport, with the controls putting you in charge of increasing and decreasing effort input to avoid wearing your rider out too early, deciding when to go for a sprint to pull away from the other riders, and to a limited degree steering. I say limited steering as there’s a rather large aid from the AI in this area of the game, with auto-assist preventing you from going off-course and even doing all steering for you don’t choose to operate the control stick. There’s no racing ahead and creating a huge gap between you and other riders (unless you are tactically sound, of course); everything must be measured and riding ahead as the pacemaker will often only result in you tiring yourself out, with victory snatched away at the end by a more patient competitor. 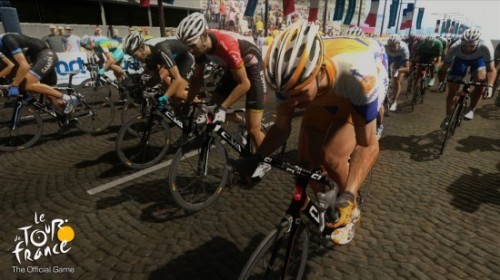 Your HUD and the controls are all explained in a wordy albeit helpful tutorial mode, and if you can stand to read through the 17 screens, many housing multiple pages, then it will work out in the long run as you won’t need to spend as much time figuring out how the cycling works. It really does go in depth, even showing you your cyclists heart rate and the gradient and speed of the wind for you to take into account. Among your various energy meters is a danger meter. While most of the stuff on your HUD is relevant, this danger meter is not, for the sole reason that it is nigh on impossible for your athlete to fall off the bike, no matter how close to the edge of the road you are and how much you clatter with the others as the auto-assist/invisible walls stop you. In fact, occasionally you can even pass through them in some sort of visual glitch.

The two play modes are; Tour de France, which obviously lets you kick-start the season at the starting stage commencing in Vendée on your goal to obtain the coveted Yellow Jersey for coming first; and a one-off play mode for some slightly more instantaneous gameplay. The game features real-life teams and riders for anyone that follows the competition, although it’s not like it makes much difference as you’ll only be seeing the back of his head for the ensuing hours.

The soundtrack is generally singer-less French pop which carries from the menu screens over to the races. Some has clearly been geared more towards menu screen music whereas other parts feel edgy and cool enough to be playing as you ride. It’s all on a loop with a limited selection which has the potential to grow irritating, but it sounds good enough to see out at least one competition if you decide to play through it. 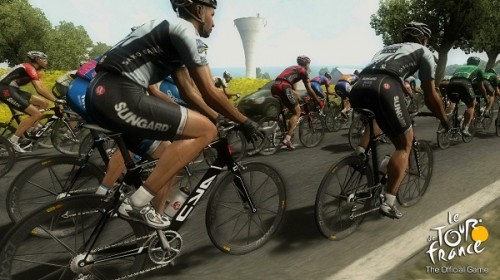 On the other hand, fairly long loading times come as a shock considering the graphics aren’t anything special. Some of the environments don’t get the most of the technology at hand, with a short distance meaning hedges will form only shortly before you come up to them, even if you don’t notice your surroundings quite as much while you are cycling past. The loading times are only justified by the sheer volume of participants on screen at once at any one time, particularly at the beginning before pelotons have started to break off and the riders are just one large group.
Surprisingly, the simulation sections take a fair amount of time, too. I would have thought it would be better to have the results of the rest of the race up automatically, rather than wasting 30 seconds/a minute needlessly watching a live line graph.

It’s not that Le Tour de France 2011 is a bad game – in fact, of the few cycling games around it must be one of the better ones – it’s just that as a game genre, cycling isn’t a very exciting one. For a start, you don’t get that same feeling of speed that you would in, for example, a driving game. It is a decent simulation of cycling, but uneventful, auto-assisted races mean watching the computer-generated, lycra-clad derrière of another man for hours on end doesn’t turn out to be very entertaining and it only holds value among dedicated fans of the race who are looking for a serious virtual version of the event.