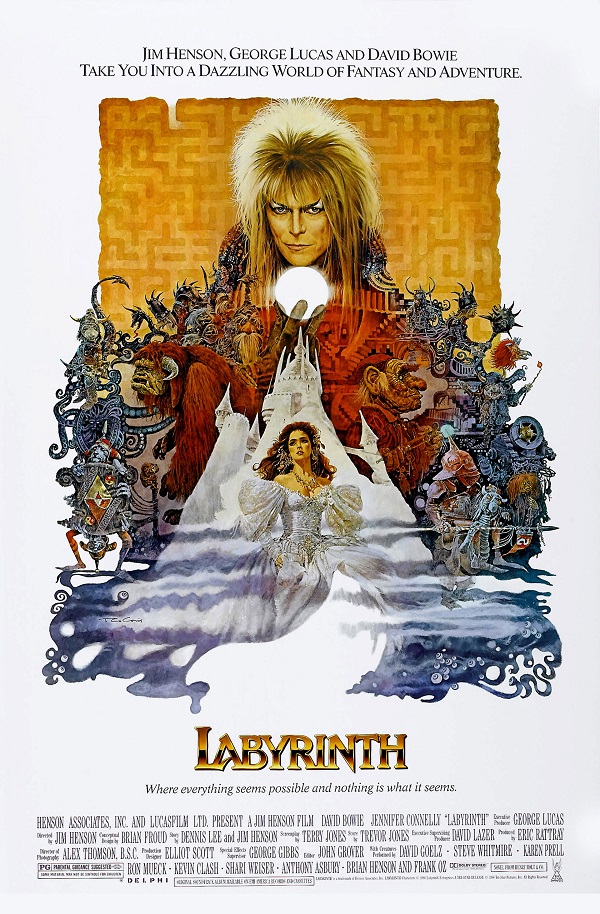 After watching The Dark Crystal, I settled in for the long haul to watch the second film in the In the House double feature; another Jim Henson cult classic: Labyrinth. I’d previously seen this film when I was younger on TV and remember enjoying it; it was a fun adventure film with some cool looking characters and world. Now, coming at it as an adult and a critic, I asked myself: would I enjoy it as much as I did back? Read on and find out. 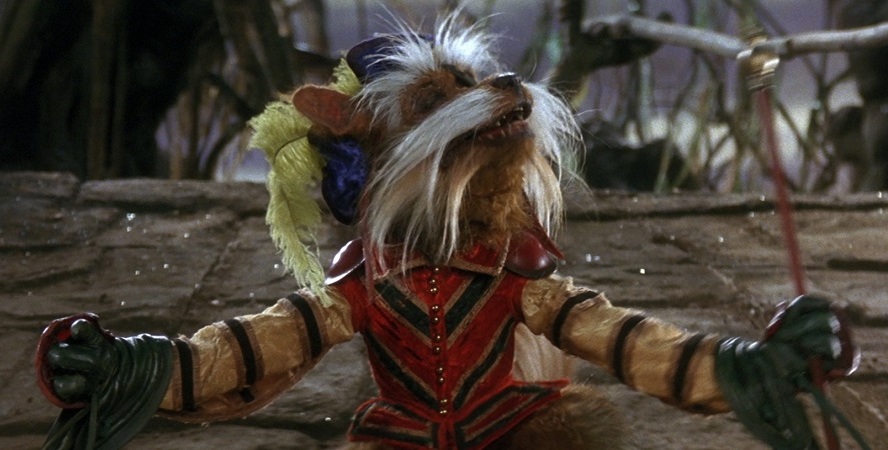 The film follows teenager, Sarah Williams (Jennifer Connelly), as following a moment of selfish, she embarks on a quest to save her baby brother from the enigmatic king of the goblins, Jareth (David Bowie). Jareth challenges Sarah to solve the labyrinth in his kingdom within 13 hours or brother will be turned into a goblin forever. Along the way she befriends a cowardly dwarf named Hoggle (Brian Henson), a gentle beast named Ludo (Ron Mueck) and a glory-seeking fox knight named Sir Didymus (David Shaughnessy). As she explores the magical labyrinth, she learns that not everything is as it seems in the labyrinth… 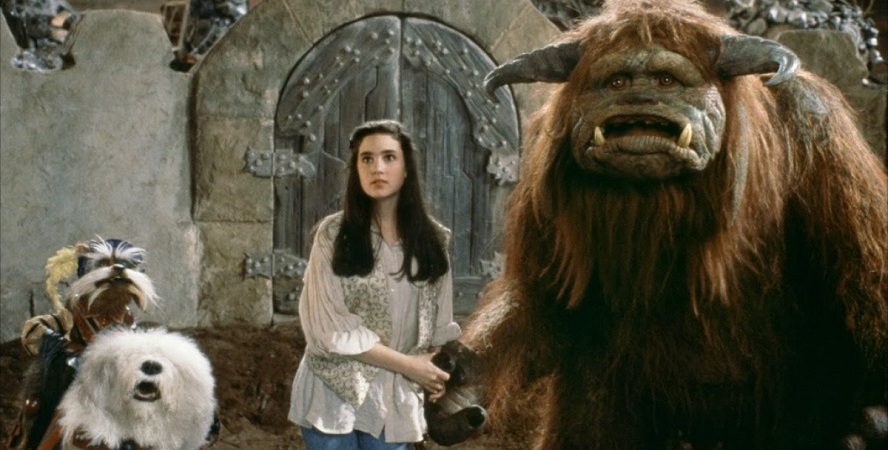 The film’s story is fairly straightforward when it comes to narrative: Sarah needs to solve the puzzle of the labyrinth in order to save her brother. Complications get thrown her way that mainly try to test her resolve but her ultimate goal never really changes. So ultimately you end up with a bunch of almost semi-contained scenes and sequences which show her and her friends overcoming whatever new obstacle Jareth has placed in her path. Although this doesn’t make for particularly inventive storytelling, it does make it perfect for a children’s story as it leaves you free to focus on other aspects of the mise-en-scene such as the awesome sets and monster design.

The ensemble performance of the cast largely rests upon the shoulders of its puppet performers who generally carry the film. Connelly’s performance as Sarah is fine but doesn’t really give much to the character; she is able to carry a character arc though and that’s no small feat for most young actors. Henson’s Hoggle has charm and inner conflict as he oscillates between cowardice and solidarity. Shaughnessy pulls out a wonderful performance of commedia in his rendition of Sir Didymus as a proud warrior whose ambitions outpace his practical capabilities. 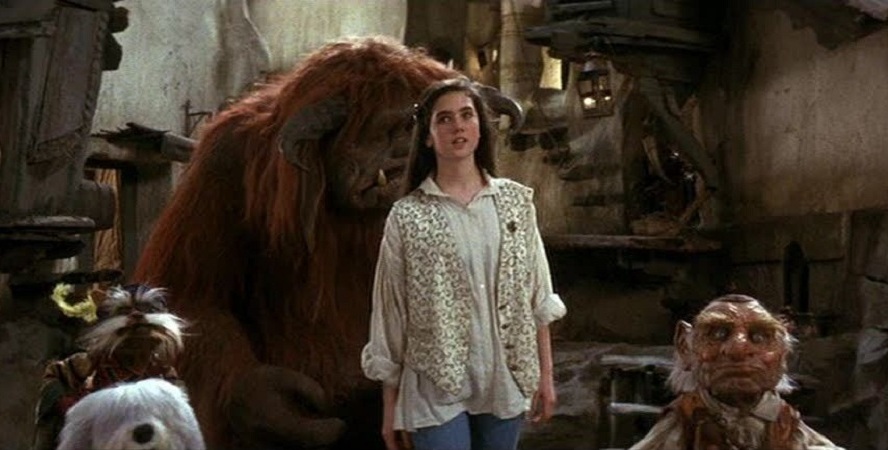 Bowie’s performance I found to be a bit hit and miss as an actor. Bowie often delivers his lines with a lack of any emotional weight to give the words he says an emotional impact. Where Bowie does shine, however, is when he is simply allowed to act through his physicality rather than dialogue. The scenes and sequences where he simply pouts and poses are where he truly gets to shine and exude an aura of cruel desire. His performance through appearance gives the film a much-valued malicious and sexual edge which can be appreciated by adults who are able to grasp the film’s subtext.

An element of the film I’ve greatly appreciated through a mature perspective is the film’s aforementioned sexual subtext. Gareth’s obsession with Sarah takes on a completely new perspective when you’re old enough to understand that the “love” has a bit more to do with Bowie’s pronounced crotch than was previously understood. Watching Sarah navigate his advances and ultimately choose to resist his charms is a new dynamic which I found added to my enjoyment of the film. Notionally, this film is aimed for children and the film does do a capable job of obfuscating these themes so that they might fly over the heads of younglings but older children might require a frank discussion after viewing about setting romantic boundaries and identifying toxic behaviours. 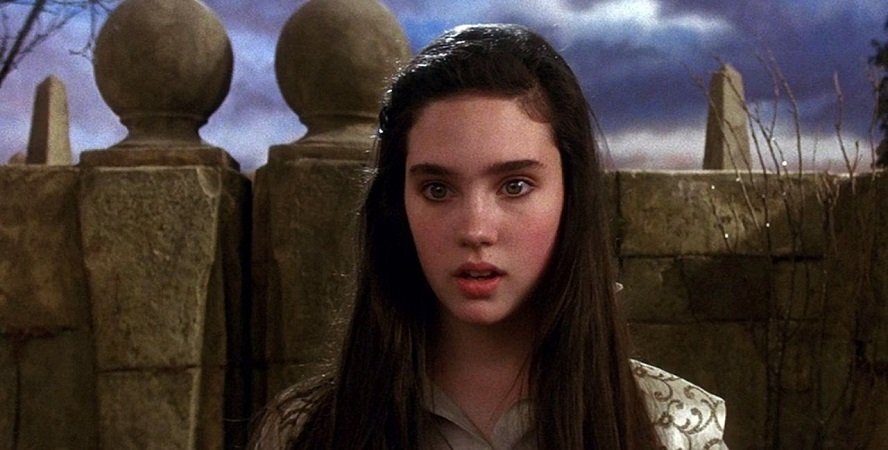 We see Henson’s inventive puppetry and design at work once more and with much greater effect than in his earlier The Dark Crystal. The puppets all feature an interesting designs and characteristics with the goblins featuring all manner of deformities, clothing and patchwork armour. You can also see the influence of director George Lucas in the film’s special effects with plenty of trippy perspective effects and more to wow you with. The one sequence that hasn’t aged well over the decades is the Chilly Down green screen fire dance scene. It’s not a great scene which has either story or visuals to add to the film. 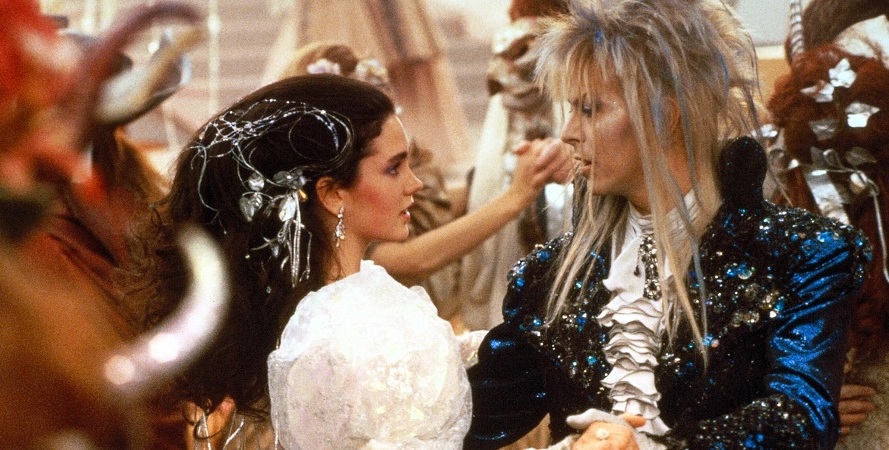 The film’s song numbers are par excellence and a great deal of this praise lies at the feet of the film’s trump card: David Bowie. The musical numbers in this film, bar one outlier, are almost all hits that will resonate with you or get stuck in your head for the couple of days after you’ve seen the film. Magic Dance in particular will stick around with it’s simple poppy tune and memorable opening call and response will find a welcome place in many a music lover’s heart. Underground is the other big Bowie musical number which features prominently in the film but I don’t think has aged as well as well in the 30 years since the film was released. The one misstep for me was Chilly Down which, when combined with the weird CGI sequence it was paired with, just felt like a weird tangent and out of place with the rest of the film’s musical tone. Overall, the synthesised 80s soundtrack of this film is a blast to listen and will find new fans for Bowie today and long into the future. 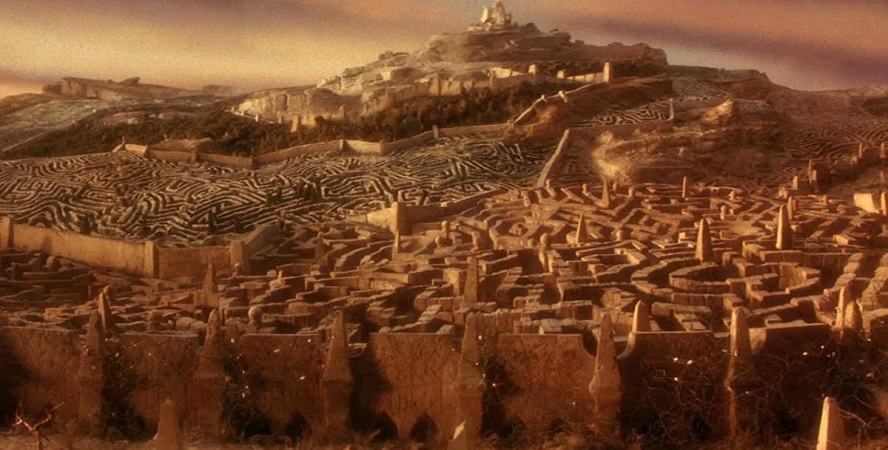 Overall, I found myself enjoying Labyrinth just as much as an adult as I did as a child. The story gains a new depth as one gets older and remains engaging for both younger and older audience. The film’s visuals are truly inspired and present us with an interesting world to admire as we watch the story unfold. The film’s soundtrack has made great use of Bowie’s musical talents and features many numbers which will stick in your head long after the film’s credits roll. It’s no wonder that so many hold Labyrinth in such high regard and I have no problem recommending it to one and all who are interested in watching it.