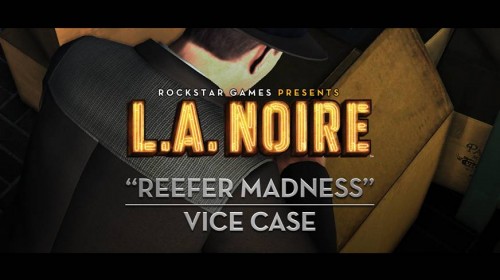 This review contains spoilers on the Vice desk. Read ahead at your own discretion.

I will be the first to admit that the Vice desk was the desk I felt was severely underemphasised in L.A. Noire. While Arson had to be long to allow the overarching narrative to fully develop, and Homicide was long because, well, murders aren’t solved in a day, Vice seemed to me like a desk that didn’t make the most of its full potential. Rockstar released The Naked City Vice case to compensate for the somewhat shortened gameplay time spent in the LAPD’s self-proclaimed ‘most glamorous desk’, but it still wasn’t enough to satisfy our need to bust junkies and maintain our love-hate relationship with Earle.

Enter the Reefer Madness Vice case: yet another reason to crack open the ol’ game and spend another hour or two with our favourite righteous detective, Cole Phelps. 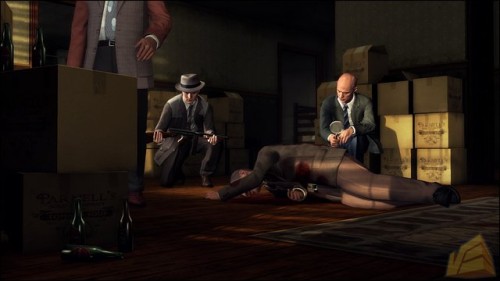 He’s not just sleeping, I promise.

As a story, The Reefer Madness is done in typical L.A. Noire fashion – Phelps and Earle get a tip off from a source about a local drug deal. When the detectives arrive there, though, they get an unpleasant surprise in the form of a shootout, and a rude awakening to one of the city’s largest narcotics rings. It is, of course, up to our two guys to figure out who is running this chain so they can book ‘em and let the families sleep safely in their beds at night.

As far as the narrative goes, it’s a little bit different from the other vice cases that come with the game. Instead of the string of government-issue morphine that seems to be making its way around the city, Phelps and Earle are chasing distributors of marijuana; instead of vics (excuse me, I’ve picked up the 1940’s lingo) of substance abuse, there are casualties from our detectives’ hands.

I can’t say the case stands out like a sore thumb like the Nicholson Electroplating Arson DLC did (you can read my review of that here); instead, it serves as a good break before gamers plunge into more complex morphine cases. In the narrative, Reefer Madness is slotted in after The Black Caesar (the first case you get with Earle). Now, I have had issues before with how previous DLC didn’t seem to gel with the rest of the game and Rockstar has attempted to resolve this by adding quips by Earle that will appear later in the game – when Phelps asks a female receptionist to show him to the boss’s office, Earle chimes in with something about how Phelps just used that as an excuse to watch her walk away. 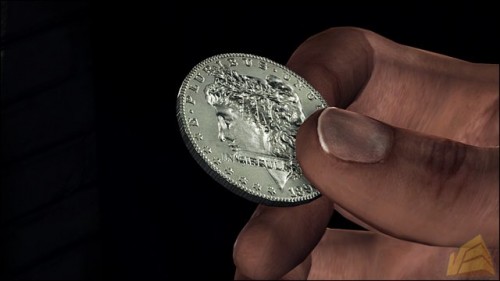 Fortunately, Phelps doesn’t romance the woman on the back of this coin.

If you have played the game past the Vice desk, you will know that Phelps is accused of cheating on his wife later on, and this is Rockstar’s addition of a pre-cursor for adultery in the narrative. I do have to say this is a fair addition – Phelps’ image was far too clean and the adultery came out of nowhere in the final case of the Vice desk. At least here, there is some notion to add doubt in the player’s mind about Phelps’ integrity as the game progresses.

And speaking of integrity, Earle has none but that’s why it was so great to play with him as a partner again. While the other partners are either too jaded or too nice, Earle is a sarcastic guy who lightens up the atmosphere a little (with his wagering, rampant racism, and sexism). I really didn’t get enough of him in the original game, so revisiting him is always a bonus. It was also great to return to Phelps pre-sexual-allegations, where he still commands respect and is far less exhausted from the toll of being a cop.

Gameplay-wise, it’s still investigation and interrogation all the way and Reefer Madness houses a collection of easy interrogations and difficult investigations. I’ll admit, in many of the L.A. Noire cases I have had to restart my case at the last save point because I kept wrongly accusing suspects but in this case (which I played for just over an hour) I only had to restart once – and that was because I accidentally clicked ‘doubt’ instead of ‘lie’. However, the investigation side of it requires meticulous attention to the crime scene and a few mini-puzzles as well, which are always a bonus. All in all, the two balance each other out and really end up providing a smooth gameplay experience. 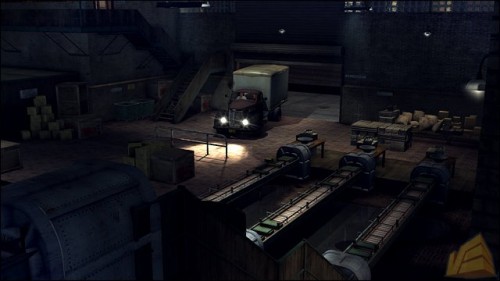 Who’s betting there aren’t just tomatoes in that truck?

As with every case as well, there is some form of action; I mentioned earlier there is a shootout, but what I should have said is “there are shootouts”. There is far too much shooting and not enough brawling, tackling, or chasing (of the motor vehicle or foot kind), and while I love most of L.A. Noire’s action I’d have to say Reefer Madness had too many guns – and yes, I’m going to complain about that because this isn’t Call of Duty. The only foot chase that was involved in the entire case literally took me about 4 seconds and I tackled the guy so quickly I even stopped and asked, “Is that it?”

But yes, that is it – all of L.A. Noire’s announced DLC is available now, and this is the last case we will be seeing for a while. The Reefer Madness case was three parts investigation, two parts interrogation, and five million parts shooting; all in all, though, it was a great way to spend some more quality time with the boys, Phelps and Earle. As far as cases go, this one won’t even make my top five from the game, however it did give all us gamers one last slice of the L.A. Noire pie. Hopefully Rockstar can release some more DLC soon, but until then, the Reefer Madness Vice case will keep our 360s and PS3s warm for another hour or two. After all, 320 Microsoft Points or $6.95AUD is a small price to pay for that last surefire hit of investigation, interrogation, detectives, shootouts, and 1947 Los Angeles.