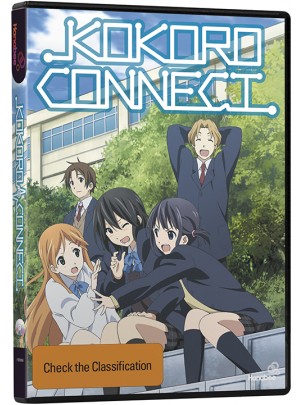 Overview
You might think you’re close to your best friends but what if you randomly swapped bodies, at any time and at any place. We all hold a few secrets and everyone has their own issues, either at home or with themselves. Would you be able to overcome the differences that would arise? That’s what Kokoro Connect tried to explore when it aired last year and Hanabee has now brought the show to Australian shores for us to see.

Story
Kokoro Connect begins like any other after-school club anime with your stereotypical main character, Taichi Yaegashi, and a small group of friends: the easy-going mate Aoki Yoshifumi, the serious Inaba Himeko, the cute but distant Yui Kiriyama and the always-happy-but-actually-depressed Iori Nagase. What’s interesting is that despite being friends, there isn’t much harmony amongst them. Yui doesn’t want any of the guys getting close to her while Inaba isn’t particularly nice, choosing to hide her real feeling. It doesn’t take long for the madness to begin, however, as they start to experience the phenomenon of spontaneously switching bodies. 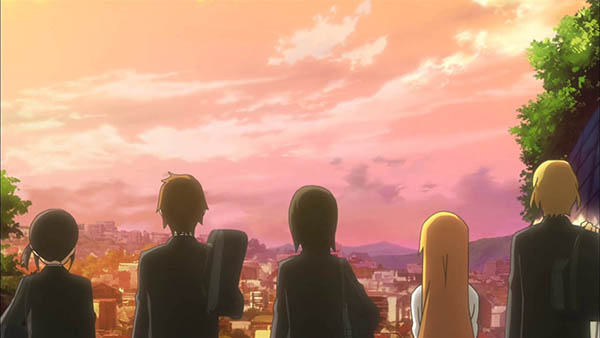 It’s only the little things that are problems at first. Going to the wrong bathroom and the thought of getting “familiar” with a body of the opposite sex. But from the very beginning we get hints of things that aren’t exactly right with some of the characters, whether it’s family issues or a psychological complex. Soon enough an entity by the name of “Heartseed” is the culprit, who periodically borrows the body of their homeroom teacher, and is doing this simply because he finds humans “pretty interesting”. There is no real motive for the experiment, as the creature seemingly has no emotions other than a curiosity to see what happens.

Naturally this doesn’t go down well with our friends who, little by little, begin to unravel under the stress and find their friendship being tested on all fronts. This is amplified particularly when hints of attraction start showing between some of the characters. It turns out that this isn’t just a drama anime, but a developing romance one at that. What’s even more interesting is that the Heartseed gets disappointed when the friends try to cope and act normal, rather than freak out, prompting even harsher measures to take place. Later in the series, not only do they have to deal with body swapping but some are reverted to their child state. 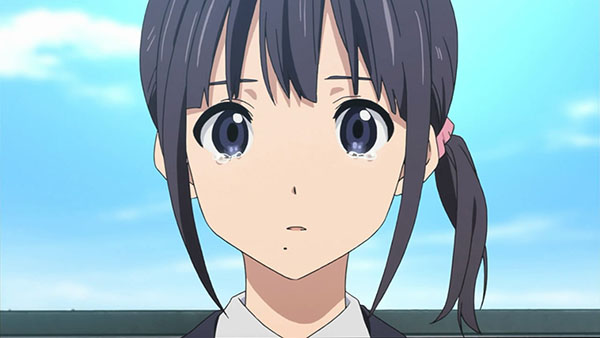 Eventually the teenage angst gets a little too much with bitter arguments, tears and the inevitable reunion all hammering the audience. Many people will love the show due to the strong character development and emotional themes, which are heart-warming as they are painful, but there will be some who will find all this a little wearisome by the end. These are, after all, just kids going through what are essentially basic relationship issues, albeit with a potentially life-ruining twist.

Some might be disappointed that there is no real explanation for the ludicrous idea of changing bodies in what is otherwise a normal setting. No matter how you look at it, the idea is ridiculous but the focus lies on the fallout of the switching rather than trying to stop Heartseed, who is untouchable regardless since it has no body of its own.

By the end, the viewer sees the “real” personalities of the friends and their true feelings, without the fake coverups that people mask themselves with. The ending is also left open, though satisfying, for the final four episodes due to be released afterward as an OVA collection.

Visuals
It’s a hot day in Antarctica when studio Silver Link under performs, and today is not that day. The animation is very nice for a high school show and the character designs look beautifully distinct to match their unique personalities.

I think the designs in this case really helped in making me care about each of the characters, and seeing them suffer really brought it home. Coupled with a very pretty opening sequence, Kokoro Connect is pleasing to watch until the very end. 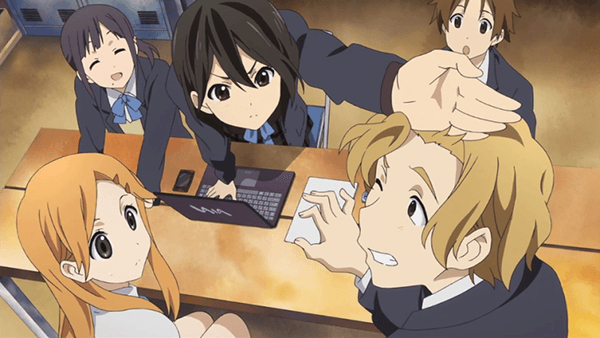 Audio
One of the highlights of Kokoro Connect is the sound, combining an all-star Japanese voice cast with a beautiful sound track. Every aspect of the sound track fits the show’s roller coaster ride of emotions. Also included is a capable English dub that does well to localise the characters. But due to the very personal emotions in Kokoro Connect, the Japanese track comes out on top with some industry heavyweights behind the voices.

While the opening theme song is lovely, the ending is even better and I found myself tracking down the song to listen to again. 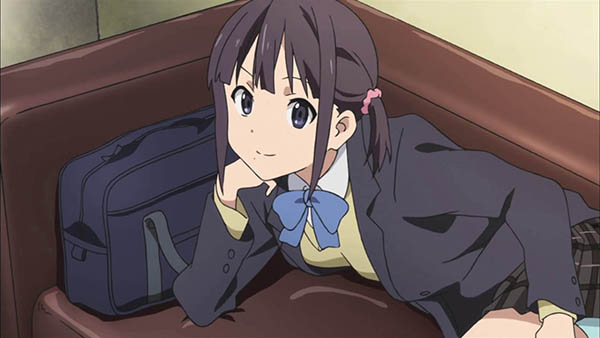 What really got me is the montage of quotes for each episode preview which slowly becomes a cacophony that rises to the start of the ending theme. It’s just an awesome way to finish an episode and probably one of the best I’ve seen that uses this technique.

Extras
Being a standard, two-disc DVD release, you won’t find much extras other than the clean opening and ending animations and a few Japanese promotional videos.

Overall
Kokoro Connect succeeds in both being a strong drama and a romance anime that will likely develop further in the OVA episodes. It’s strength lies in its ability to present each character in a way that makes the viewer care and feel relief when they overcome their limitations and mature as people. That’s largely due to the fact that each person has a unique back story with a set of circumstances, such as Yui’s fear of males and learning karate as a result. 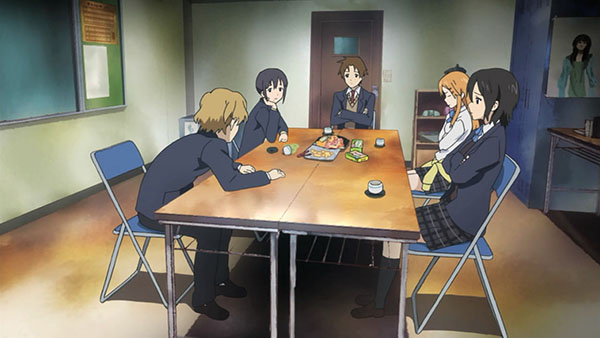 You eventually realise that the unexplained, supernatural phenomenon is hardly a foe to be dealt with, but more of a tool that throws the friends into a gauntlet of trials and tribulations. Obstacles that each character must overcome or risk losing themselves.

Some moments can be a struggle to get through, however, and the angst-ridden journey will no doubt dissuade some viewers, if only for a moment. If you’re looking for some serious drama to go along with your school anime, Kokoro Connect is definitely worth the price of admission.