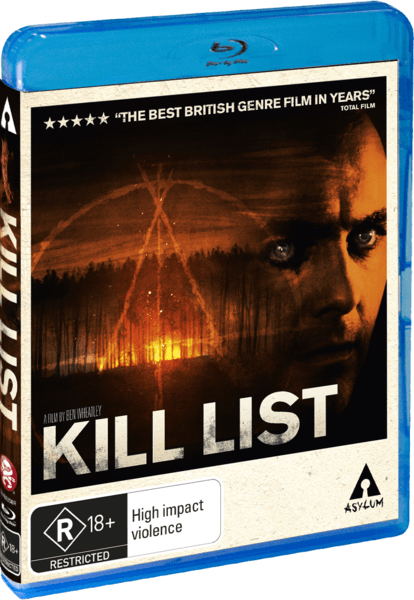 Kill List is the second film by British director Ben Wheatley, following on from 2009’s Down Terrace. Co-written with his wife Amy Jump, the film is something of a genre mashup, taking in kitchen sink domestic drama, the one last job hitman movie, and, somewhat jarringly, occult horror. Comparisons have been made with horror classic The Wicker Man, and Kill List has found itself crowbarred into ‘cult independent classic’ status by many reviewers.

With numerous domestic arguments over a Jacuzzi and unbought toilet paper, the opening half hour of Kill List may have you wondering whether you’ve bought the right movie. Jay (Neil Maskell) is a British army vet, who having returned from a mysterious but mentally damaging job in Kiev, hasn’t worked for eight months. Tensions are high within the household and arguments between Jay and his wife Shel (MyAnna Buring) are frequent and frightening for seven year old son Sammy.

Joined by old colleague Gel and his new girlfriend for a dinner party, things inevitably flare up once again. Outraged by his wife serving gravy in a Pyrex jug and being told off for eating too much, Jay flips his lid and his dinner plate, souring the atmosphere and storming off to the garage. There he’s joined by the more mentally stable and genial Gel, who offers to bring him in on a job – a kill list. 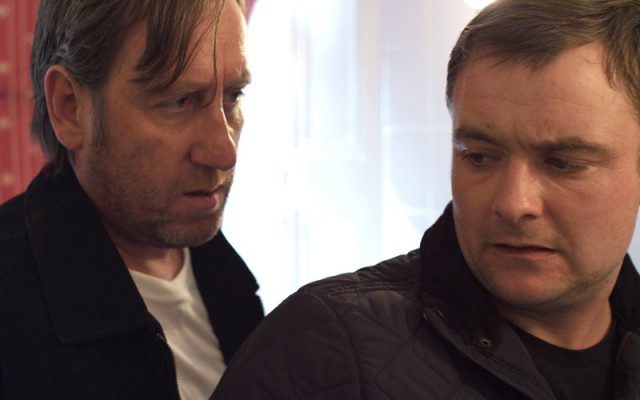 As unlikely as it may seem, this middle aged and mumbly pair are actually hit men, and even more surprising, Shel knows it. Meanwhile Gel’s new girlfriend has taken a trip to the toilet, where she casually removes a mirror from the wall, carves an occult symbol on to the back of it and then carries on as normal.

And so the duo set off to strike the names from their list. As with the preceding scenes things are tense, and even though there are moments of black comedy to lighten the load, even these are tinged with a feeling of dread, or hint at the violence to come. Title cards dominate the screen with the identity of the next entry on the list, so after signing a contract in blood (hint hint) Gel and Jay set off to kill a priest. Things begin to unravel when the victim sincerely thanks Jay for his work, and the next victim only makes matters worse for Jay’s mental state.

The quiet menace of Kill List is punctuated with moments of intense and uncompromising violence. As Jay gradually unravels his kills become more disturbing, and the camera never cuts away. Comparisons with Drive are inevitable, but Kill List has none of that films style or glamour to detract from the horrific acts on screen – the film certainly surpasses Drive in it’s brutality. Despite the fact that Jay’s victims may be ‘bad people’ , there is never any illusion that the hitmen are ‘good’ – Jay is committing violent and sadistic murder. The fact that on the surface the two seem such ordinary men only adds to the impact – hit men are not glamourous, they are killers. This also demonstrates a point that Kill List makes many a time – you never know what evil seemingly normal people are capable of. 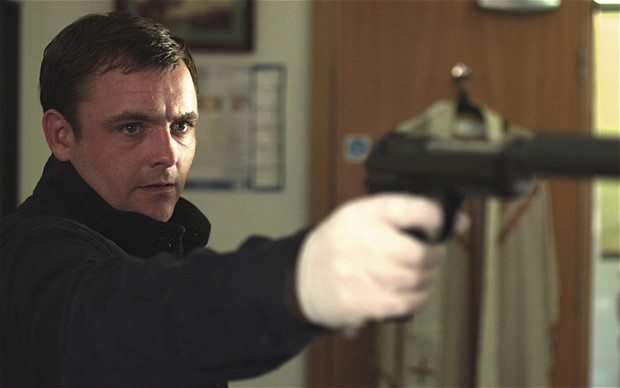 Gel provides more of an emotional tie for the audience than the psychotic Jay, but even he cannot ground the third act of the movie. Where Kill List has so far survived on a very real and serious reality, the finale throws that out the window and feels like a different film entirely. Moving into horror territory brings the dividing line between terrifying and stupid all too close, and for some Kill List will definitely cross it. The final twist is an obvious one that has appeared in another recent horror, and it leaves too many things unexplained to bring a satisfying end to events. Character motivations ago unexplained and it’s difficult to care about the eventual outcome. After the credits rolled on Kill List I just found myself with a bad taste in my mouth and not much else.

Despite having a very simple, realistic visual style, Kill List is still very well shot. However jump cuts can make the tension feel  forced, and the timing of the edits is jarring to the point of knocking you out of the experience. The music too feels a little asynchronous, particulalry during the first half of the action. It reflects the jumbling of genres in the film and really does feel like it doesn’t belong with what’s going on visually. When the kill list actually begins things come together into a more effective package, and the violent moments are incredibly effective in their execution – they are almost guaranteed to provoke some sort of physical reaction. Unfortunately some of the dialogue is very difficult to pick up on, a bad mix combines with some mumbly British accents to make subtitles a near necessity in certain scenes. 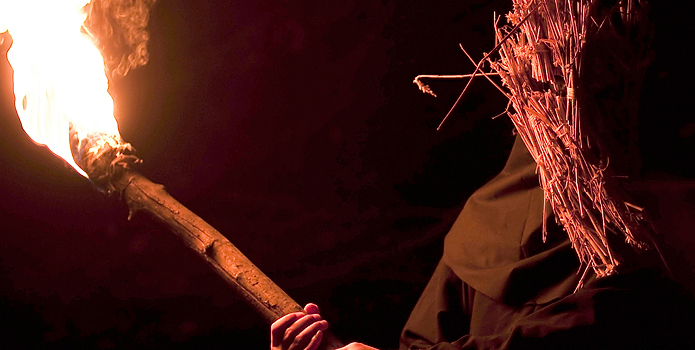 Extras include three short interviews with cast and crew and a seven minute making of. Although the interviews are brief they allow the director, main cast (Neil Maskell and MyAnna Buring) and producers to dig into the themes of the movie and it’s development history without falling into too much of a love fest. Director Ben Wheatley runs over the reasoning behind some of the creative decisions, and the two actors provide a bit more insight into what makes their characters tick. The making of  is a compilation of un-narrated clips rather than a structured documentary, so don’t expect to gain any real insight into the process. Overall Kill List provides about fifteen minutes of extras that unfortunately won’t satisfy any fan who really wants to dig into the movie.

Kill List is a film that will doubtlessly divide opinion. It’s well acted and at times incredibly tense, and the violence of the kills will stick in your head for a long time. It’s a quiet, slow burner of a movie that never fully explains itself. If you’re willing to think about it’s themes and characters then there is something to be mined from it, but the film itself falls short of being a satisfying experience, largely because of the ending. Horror fans sick of Hollywood style shlock should give Kill List a try – it’s as far removed from that as you can imagine.