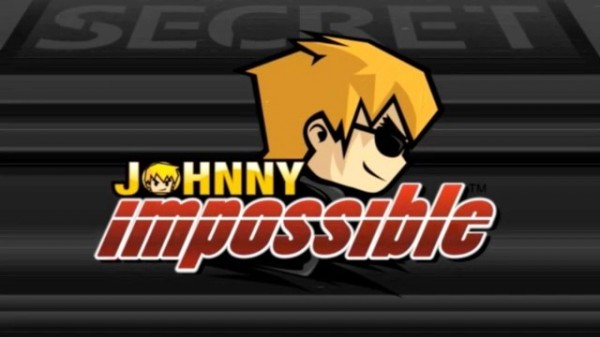 Overview:
The Johnny series has two previous installments that has had a generally positive reception. The games revolve around Johnny in different roles and even game genres. This particular game shows Johnny in the role of a non combative spy that must rely on his stealth skills rather than taking down enemies. The game certainly starts of strong, giving the player high hopes for the rest of the game, but degrades over time. 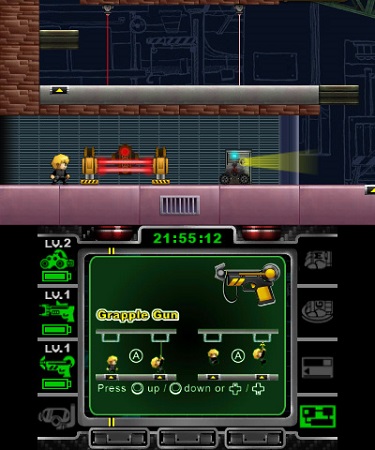 Story:
The evil Dr. Wang has put a giant laser into orbit that threatens to destroy the entire world if Johnny does not shut it down. There is the beginning of a fun narrative style like that of the Paper Mario games, but it is soon forgotten about completely never to be seen again.

Visuals and Audio:
There is a certain style to the game that gives it a cartoony look. The environments and character designs of both johnny and the enemies go together well in a dark cyber punk/spy movie way. Everything is one dimensional and 3d is rarely used, however that is not entirely important seeing as this is a 2d platforming game. It just comes off as bland after a while. The music is also nothing special. When Johnny is sneaking through areas there is a spy movie like sound track that repeats, and when he is detected the music becomes more frantic with sirens. If you deactivate the security in an area, you will hear calm elevator like music that seems similar to that of Apature Laboratories ambiance.

Gameplay:
Johnny Impossible brings a lot of interesting gameplay mechanics to the table, even if it doesn’t come together as a game very well. You cannot kill enemies in this game, and there are not that many to begin with. Most the the game is avoiding being detected by various security systems. For mobile security systems, you can temporarily stun them and run past but that is all you can do. You cannot destroy anything with a weapon, you must deactivate them via a terminal. The game is difficult in that you must learn the map and replay it in order to successfully get through it, which some would find to be enjoyable. 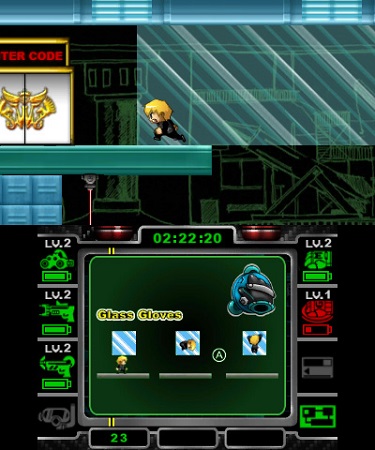 There are many items you can use to sneak around, each having a meter that shows how long you can use it at a time but the meter recharges as soon as you stop using the item. There is a problem with the meter sometimes not recharging all the way up, and that is not a part of the game but rather a glitch which is very game breaking. Sometimes the controls for different items are not as tight as they should be, and upon getting items the explanation for how to use them is vague at best. This leads to frustration at the design of the game, rather than with the game itself.

The part where Johnny Impossible shines is the way it handles punishing failure. Instead of having a set number of lives, you have a time limit for the whole level. When you are detected by anything, you automatically lose 2 seconds from your time limit and must try and leave the area or hide as soon as you can. 5 seconds after being detected a drone will come and shock you, at this point you can either continue and lose 2 minutes off your time limit or you can revert to a previous save. The game can be unforgiving in this, and if you don’t plan out your path accordingly you could be stuck in insufficient time to finish the level.

Overall:
Johnny Impossible has a a few strong points in its gameplay that make it different from other games out there, but overall it falls short of a truly enjoyable experience. You can still have fun with this game, you just have to be patient with some of the short comings. It seems as if the game tries to stretch itself too far with all the ideas it had, but could not finish in any one task. It is extremely respectable that is tried new things that don’t usually fit in today’s market for mainstream games, and for that it should be praised. Not many games these days go for more than just shooting the enemy and solving a simple puzzle. The penalties for death recall the older days of gaming when levels required you to really use your brain. Lives meant something and in Johnny Impossible, time is just as valuable. Without having everything handed to you, the game is anger inducing but once you finally finish the stage you actually feel like you accomplished something. This game could have been great and new and different, but it spread itself too thin. Hopefully next time they can stay the course on which ideas they can follow through on.