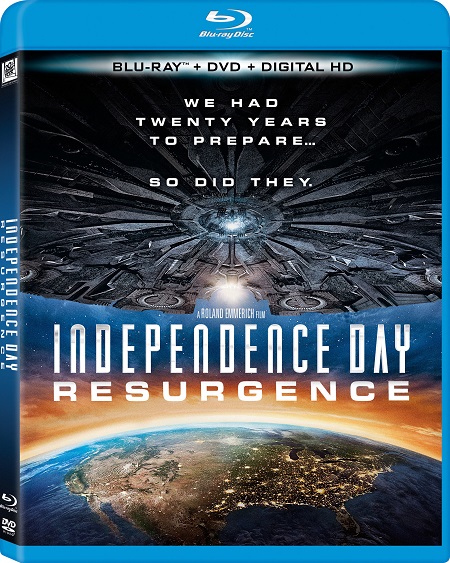 The original Independence Day by Roland Emmerich was released twenty years ago and fundamentally changed the nature of the Hollywood action blockbuster. This film completely altered the mainstream cinematic landscape of its day and helped launch the career of Will Smith as a credible action movie hero. It revitalised Hollywood’s interest in science fiction and disaster movies almost single-handedly. Does lightning strike a second time for the sequel or have the twenty years of preparation been for nought? Read on to find out! 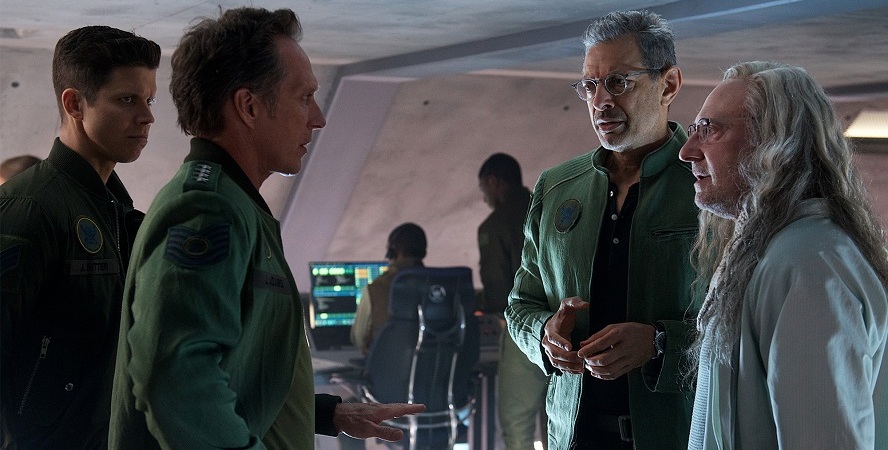 It has been twenty years since the events of the first movie and Earth has been changed drastically by the alien invasion. Earth has been almost completely rebuilt with the humans integrating alien technology into their own. The nations of the world have come together as well to build defence measures capable of turning back any more invasions from interstellar travellers. David Levinson (Jeff Goldblum), now director of the force dedicated to defending the Earth, races around the globe to uncover the source of an alien transmission being beamed into space. His search leads him to an intact alien ship which landed in Africa and he ascertains that the distress signal it has been sending out has been received. Earth’s defences are put to the test as the aliens come back to try and finish the job they started two decades ago.

I will immediately state that the film’s narrative action is quite convoluted with a bunch of plot threads and perspectives. Of these, I find the sub-plots of the new generation of fighter pilots to be the most interesting as they go about navigating their relationships with each other. It feels like something out of an anime and maybe it’s for that reason I find it quite charming but I also admit that these relationships may lack a deeper substance… but then again, it isn’t trying to be anything more than an action blockbuster film. Goldblum gives a largely satisfying performance that you’d expect as Levinson with plenty of the Goldblum charm present (largely not in the form of ‘ums’ and ‘ahs’) Judd Hirsch as the father of Levinson in the film does an okay job as the film’s comic relief but the real humour came from Brent Spiner as the crazy scientist Dr Brakish Okun. 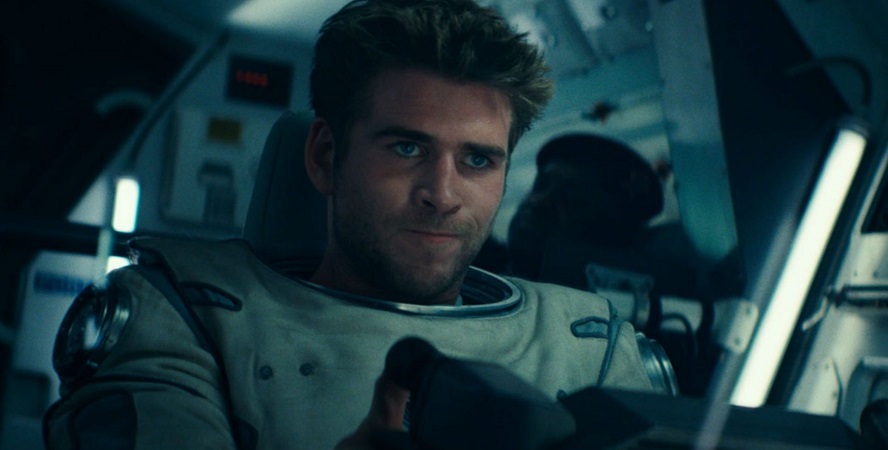 One phrase that was repeatedly being thrown around by the cast and crew upon viewing the extras is that Emmerich was aiming for things to be “big”. Certainly, this film has action spectacle in spades with more fighting, dogfights, and cities being destroyed than was ever present in the original film… but this, I feel, does not make for a better film. The higher status and increased stakes on the central characters meant that using the first film’s narrative style of multiple character perspectives would result in some unnecessary plotlines. By focusing more on a smaller cast of personas, I feel that the narrative arcs would have been much neater and the film would feel less bloated. That being said, some of the narrative action set pieces are absolutely hilarious in how over-the-top ridiculous they are.

The CGI is very well used quite regularly throughout the film. The designs of the new tech including the moon bases, satellite weapons, and jet fighters are quite nice to look at with a sleek, recognisable design with incremental changes. The disaster imagery is also noticeably updated with the introduction of CGI allowing a far greater scale than would have been possible through practical effects and models. One of the noticeable examples was a shot which featured the city of Dubai falling onto the city of London. Watching the various landmarks collide in to each other is certainly a sequence I enjoyed to watch as a moment of movie spectacle. Unfortunately, these moments were somewhat few and far between.

The alien designs are also pretty cool as they all go about in biomechanical looking exo-suits which are a cool concept and decidedly interesting in terms of design. Another qualm I have is that I found the design of the Alien Queen to be somewhat disappointing when she’s revealed during the film’s climax. Her design was meant to be evocative of the Alien queen in the finale of Aliens, I guess, but it looks to me to similar to the other alien designs we see and there isn’t enough differentiation. I’m not sure what could have been done to change her design but as it was, she simply looked like a largely version of every other alien we saw in the film thus far. 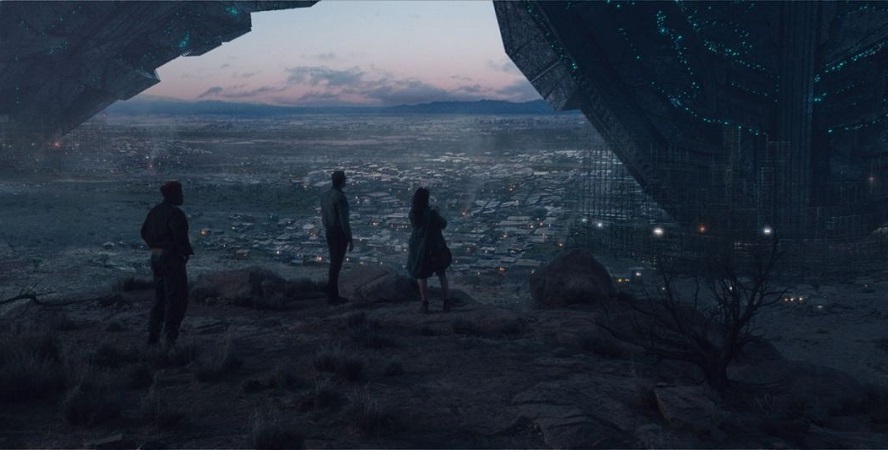 The films soundtrack was not particularly noteworthy with it leaving no impression, neither good nor bad. For what it’s worth, when a film’s score leaves no impression then it’s generally a sign it did the job of matching the cinematic beats. It does its job well, but I’ll be damned if I try to recognise anything from the film’s soundtrack or where it was used during the movie. 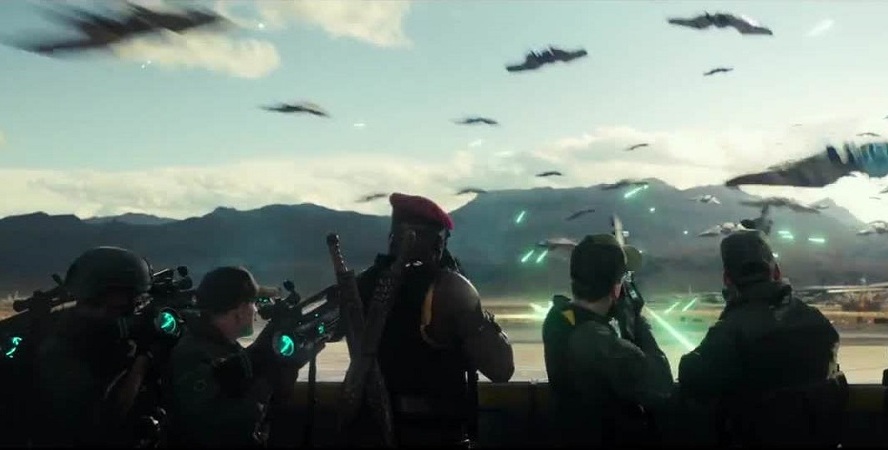 The extras which revealed various aspects of the behind-the-scenes production process were quite interesting and I’d recommend giving them a watch. There is also an in-universe documentary detailing the events and aftermath of the “war of ‘96” which I very much enjoyed. As a lover of expanded universes and extras detailing bits of lore, I wished that more movies did things like this. I’d recommending skipping the audio commentary by Emmerich however, as you can tell he’s not entirely sure how he’s meant to approach the recording at all. All he ends up giving is a basic description of the narrative action as the movie unfolds which is really uninteresting and disappointing. 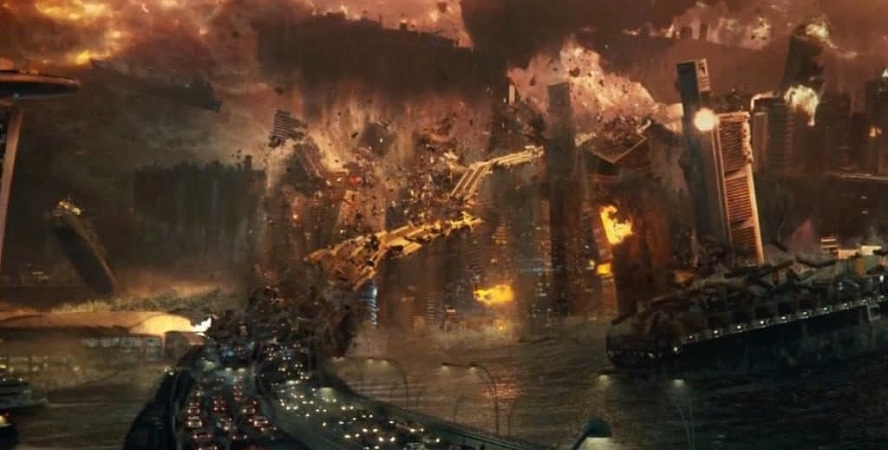 Ultimately, I feel that I enjoyed this movie despite its’ limitations. The story was trying very hard to spin too many plates at the same time with too many characters and points of perspective. The new cast of characters are very enjoyable to watch, however, and I look forward to future instalments in this series featuring more of these characters. The use of CGI was awesome with Emmerich having a great sense for what makes an interesting action set piece but the design of the alien queen felt a bit muted. The extras were largely a mixed bag with some wonderful hits and some very mediocre misses. I would recommend this film to fans of the original and anyone who is up for a very light action flick to pass the time, but I normally prefer my films (even action films) to be a bit more cerebral.
Capsule Computers review guidelines can be found here.

Hamstrung by a convoluted and bloated plot, Independence Day: Resurgence struggles to match the brilliance of its predecessor
7.5