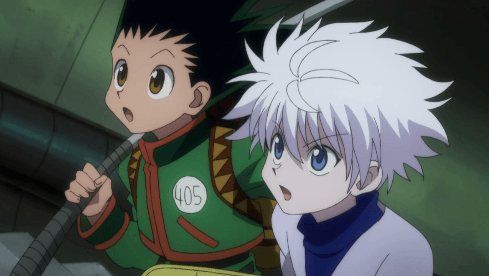 There are so many things that Hunter x Hunter does right, that each episode that goes by garners wide-spread critical acclaim. This episode is no different. The exam continues with our hunter hopefuls pushing on through the tunnel, with many dropping out and others revealing their true ambitions.

This episode, stood out to me as the best episode thus far. Why? Because it pushed all the characters more than any episode thus far. It is a very rare thing to find an anime with this imaginative and well-concieved a cast and world, than Hunter x Hunter. This world, like the world of One Piece, begs to be explored. Not only that, but these characters, beg to be unravelled. 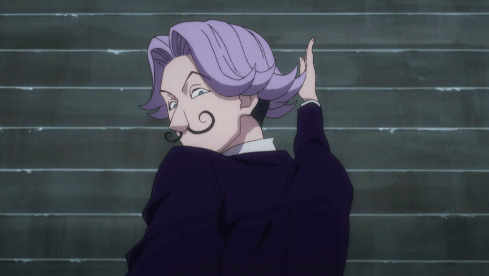 Above all that this episode did, I loved the way it strengthened already established friendships as well as introduce us to one. The way Leorio and Kurapika bond over their shared past sufferings, not only sheds extra light on who they are, but it also tells us where they are heading. Leorio’s revelatiobn of why he wants money, why both heart-breaking and moving. It’s just one of the many great moments we can expect to come from this series.

I also loved the way that Killua and Gon meet. It was just so perfect. What with the way Killua slides back on his skateboard and asks Gon his age. They instantly bond over being the two kids of the bunch. Their bonding is so natural and exactly how 12 year old children would behave (however dark their pasts may be). The scene where they both race to the finish line and shout out “goal” together was just so adorable. As a long-time Hunter x Hunter manga reader, I was filled with the same childish glee as Gon and Killua, just knowing where they will end up. 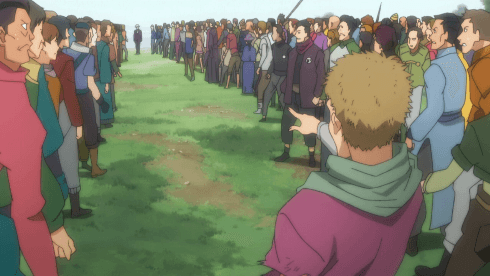 The greatest thing about Hunter x Hunter is it’s heart and message, even if they are not yet clear in this adaptation, it is not far. Their is only one other anime and manga out there that matches Hunter x Hunter when it comes to that and that is One Piece. The themes falling into place here are going to pay off big time in the future. These early episodes are laying in the foreshadowing and paving the way things to come.

This series really shines in it’s creativity. The only other series I can recall besides Hunter x Hunter and One Piece that is this varied and imaginative is Reborn! There is so much innovation with Hunter x Hunter, that after 4 episodes they ahve managed to construct a world more complex and deeper than most series achieve in their entire run.

That is the true testament to this series. There is so much greatness to come and it has been made very clear after 4 episodes that this series is going to huge.