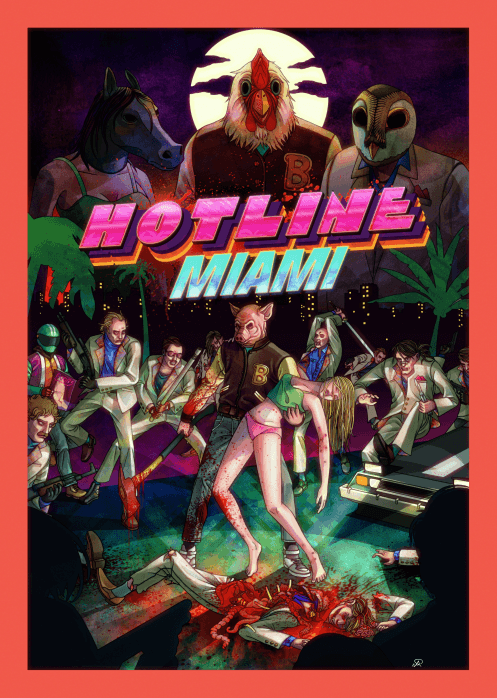 Overview
If the game weren’t called “Hotline Miami,” “Violence” could have literally been the name of the game. Though it’s been out for other platforms since late 2012, the game makes its gory, stylistic debut onto consoles and handhelds with this release onto the PlayStation 3 and Vita. How does this indie game stand up now that it’s made it to consoles, away from the safety of a mouse and keyboard? Will it clean your clock or should you curb stomp it? Let’s find out. 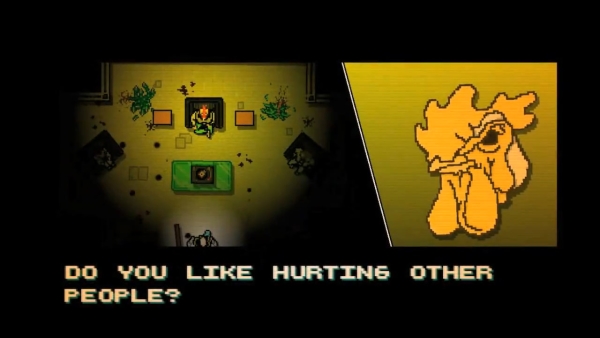 Story
You wake up. You’re unsure of where you’re at. All you know is that the first room you walk into, there are three masked figures watching a glowing television screen. Where were you before this? It’s so hard to recall. The masked figures press you for information, but before you have a chance to recall, it all fades away.

When you wake up, you’re in your apartment. It’s April 3, 1989 and you’re in Miami, the city that keeps the roof blazing. As you stumble around your apartment, you realize there’s a message on your answering machine. You’re given an address, and on your way out the door you grab a rubber mask.

Thus begins the violent, gory story of a man fans have come to know only as “Jacket.” 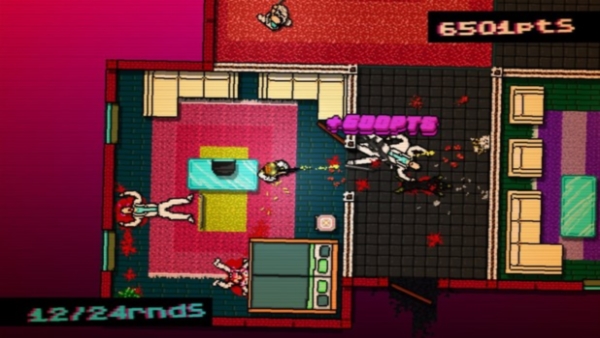 Gameplay
The setup for each mission in Hotline Miami quickly becomes an interesting experience. You wake up in your apartment, stumble around, looking at recent newspaper clippings or what have you, then you check your answering machine. This is where your next mission (hit, assassination, etc.) is given to you, and you’re always told to be discrete.

When you head out, you’ll drive to the location, ending up right outside the front door of the place you’ve got to clear. After choosing the mask you want to wear for the mission (affecting not only your look, but other stats as well), you’ll be free to walk around and scout out the place, since the entire bottom floor is visible to you from outside the house. Once you’ve figured out your plan of attack, you’ll have to go in and execute.

The combat in Hotline Miami is fast and brutal, but it’s also one of the most well executed and satisfying features the game has to offer. Though you generally start with only fisticuffs, once you have a weapon in your hands, a world of possibilities open up to you. Want to try a quieter approach? Kick down the door and knock the first guard to the floor then fling your knife at the second. Want to be a bit louder? No problem, but beware that guards all around will come after you. 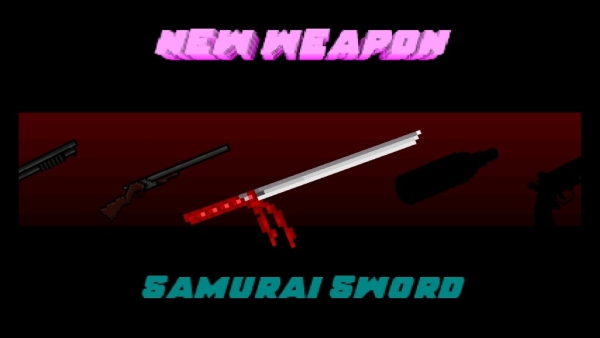 Stealth can be your friend, especially since you’re so heavily outnumbered throughout the game. The interesting twist is that you have a score throughout the missions, and you’re rewarded much more heavily for being bold in your attempts. Getting newer weapons also hinges on achieving a high score.

Retribution is just as swift coming back at you though. One bullet or lead pipe to the brain basket and you’re back to the last checkpoint. That’s another point where Hotline Miami shines, though. You will die in Hotline Miami…a lot. Much like Super Meat Boy, though, they have you back in the action in the blink of an eye, ready to give it another go. It seems like a small thing, but it keeps the flow and pace of the gameplay in “Go” mode at a much more satisfying clip.

Beyond the delicious, frenetic combat, there is a very dark story being told here. After completing missions, you end up in the same bar, supermarket, etc., that you’ve gone to so many times. You weren’t originally a killer, but you’ve become one and you’re quite efficient at it. Hotline Miami will lead you through a deeply twisted tale that the squeamish should probably avoid. Fans of movies like Drive will soak up every minute of it, though.

The translation of the game from PC to console passed the test with flying colors. Dual joysticks work well for aiming and a helpful targeting system can give you the edge you need in a tight situation. 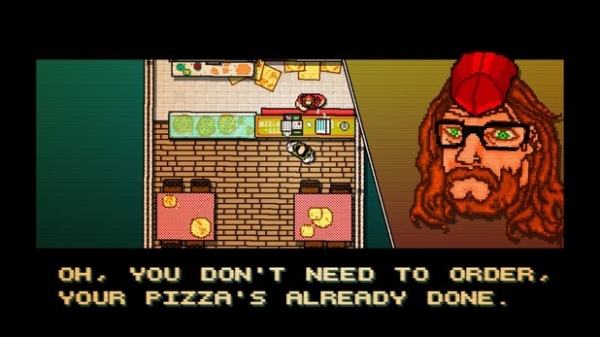 Visuals
Hotline Miami has some fantastic visuals. In going with the top-down 8-bit design, they’ve managed to treat the gameplay a bit more like an old-school game. The styles and colors of the 80’s were all captured beautifully, down the hot pink and neon blue colors, appliances in each place, style of the clothes, and the game’s graphics themselves. It can make the game feel a bit disorienting at first, but once you adjust everything flows beautifully.

The game still manages to evoke a real sense of how sobering Jacket’s life can be. With every kill, blood splatters the floor in gruesome fashion. The masks also add a certain level of uneasiness to the game, helping pull you into this terribly seedy Miami underworld while giving you an alternate persona. 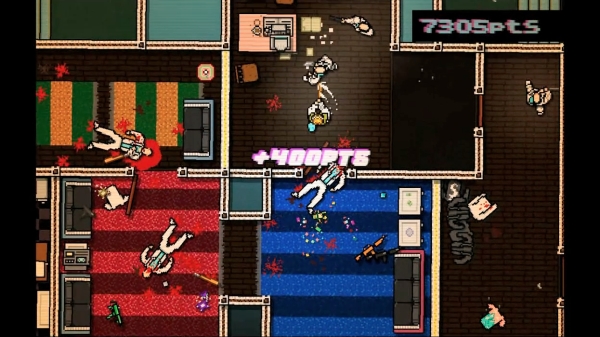 Audio
Hotline Miami has one of the best soundtracks for a game of its caliber in years. The game features nearly two dozen tracks that play into everything from setting to situation. For example, M.O.O.N.’s song Hydrogen, played during a particularly intense mission, is like a shot of adrenaline to our chest as its techno bass beats kick into high gear. You’ll be tapping your feet the entire time you’re playing this game…and you’ll probably want to get the soundtrack for yourself regardless. It’s that good.

Overall
Hotline Miami is a fantastic package. If you can get past the gratuitous gore (albeit in 8-bit), there isn’t much here you won’t like. The game’s graphics are stylish and fluid, the soundtrack absolutely sensational, and the combat flows so well, you’ll always be glad for more. Hotline Miami deals with some pretty intense adult themes and material, so you may want to keep it away from the kiddos. Everyone else should go out right now and get this game. It’s arguably one of the best indie games of this generation.