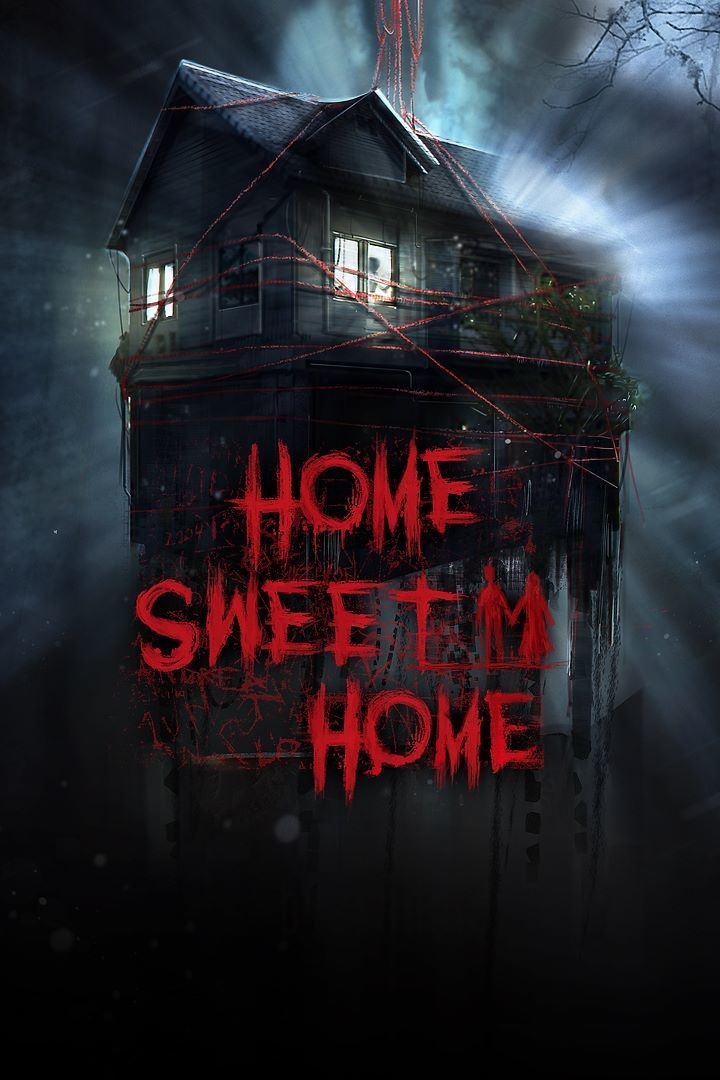 Horror games can be incredibly difficult to pull off correctly. This is especially true as more and more developers try out games where players are left at the mercy of the ghosts, mythical beings, monsters, or simply psychos that are out for their blood. Fans of the genre have likely seen a number of different creatures but one thing that really hasn’t been explored much happens to be horrors based around Thai lore and mythology. With Home Sweet Home offering a bit of a different take on the horrors of the unknown does this little horror game scare up a good time?

Players take control of a man named Tim who has been out of sorts since his wife Jane seemingly went missing. Tim finds himself awakening inside a dingy apartment building only to eventually find himself coming face to face with a female in her twenties that would be perfectly normal if it weren’t for the fact that her head can turn 180 degrees, carries a box cutter knife around, and can use blood to teleport through the area. 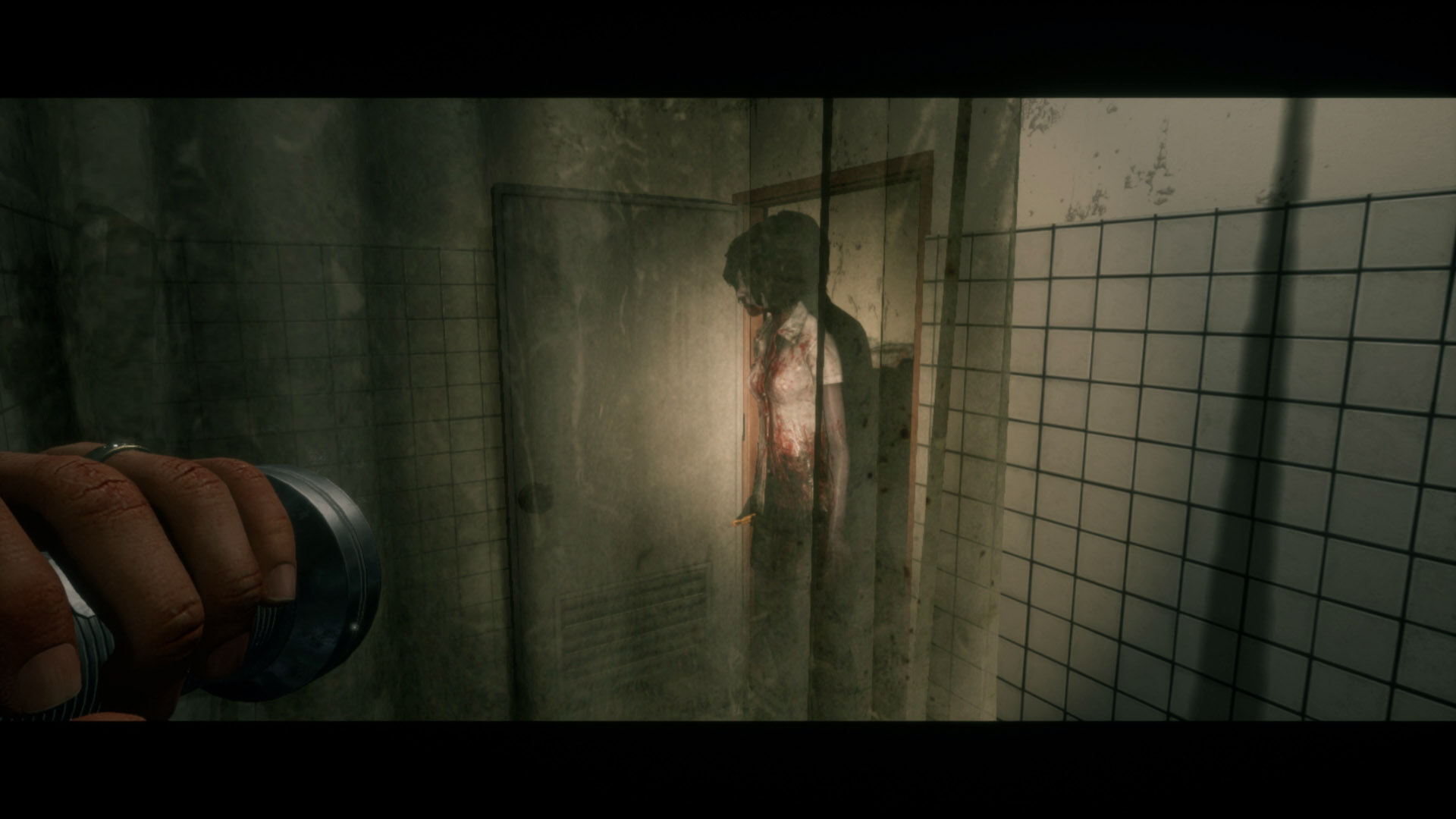 Without going into too much detail about the events that follow, Home Sweet Home follows Tim as he tries to uncover what is going on with his wife even if it means facing off against a bloodthirsty ghost and a giant Preta monstrosity. It is worth noting that to get the most out of this story players will need to keep an eye out for various collectibles such as bits and pieces of newspapers and reports but especially for pages of Jane’s diary that explain how her life with Tim has been and the odd things that she has been dealing with on her own.

This makes for a narrative that relies heavily on how much exploration the player is willing to do and whether or not they stay and listen to radio reports but it fits well given the environments players happen to explore and the threats that they are facing. Reading about various curses and rituals that come from Thai lore and are a bit familiar sounding but unique in their own ways helps make for an interesting experience. That being said, be prepared for a cliffhanger of an ending as, despite not being directly called an episodic release, this game does leave itself open for a second episode.

Players spend the majority of their time in Home Sweet Home playing as Tim in a first person perspective. Tim has the use of a flashlight that, thankfully, never runs out of batteries though given the nature of the spirit that you’ll be hiding from most of the time, players will want to be prudent with its use. Although players can pick up items such as a crowbar or screwdriver these are only used to clear obstacles and not as weaponry so if Tim happens to be seen by the spirits he is almost always instantly killed. It is possible to run and hide inside lockers or large pots from the female ghost though if you do end up being stabbed to death then it isn’t too bad as Home Sweet Home is generous with its checkpoints. 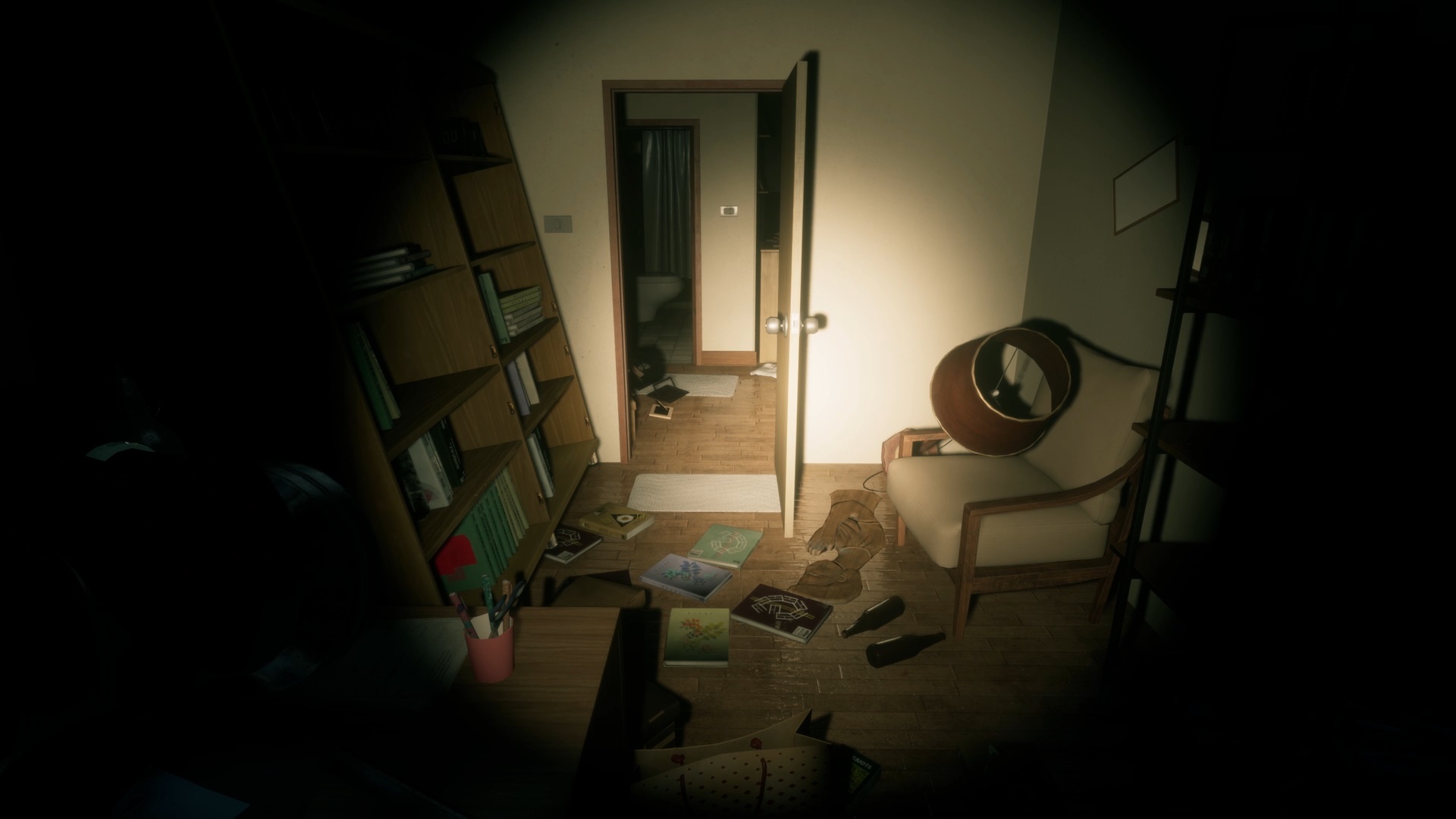 The puzzles that players must solve range from simply finding an item hidden in an environment to actually solving a more complicated puzzle and while one in particular can be a bit annoying to understand at first, none of these puzzles feel unfair in nature. Unfortunately given how obvious the game is with its save system and the design of areas where death is possible and puzzles are situated, it tends to be extremely clear when there is an actual threat or simply a jump scare.

It is also worth noting that since the game allows players to play using either standard controls or with a VR headset there is a very limited interface to work with and while this works to help immerse players into the horror, it also makes for an annoying situation where certain items can only be picked up when seen at a specific angle. This means that while you may clearly see the object you need, you’ll either need to constantly fiddle with the camera until it is recognized as a pick up or simply overlook it altogether until you return to the area. 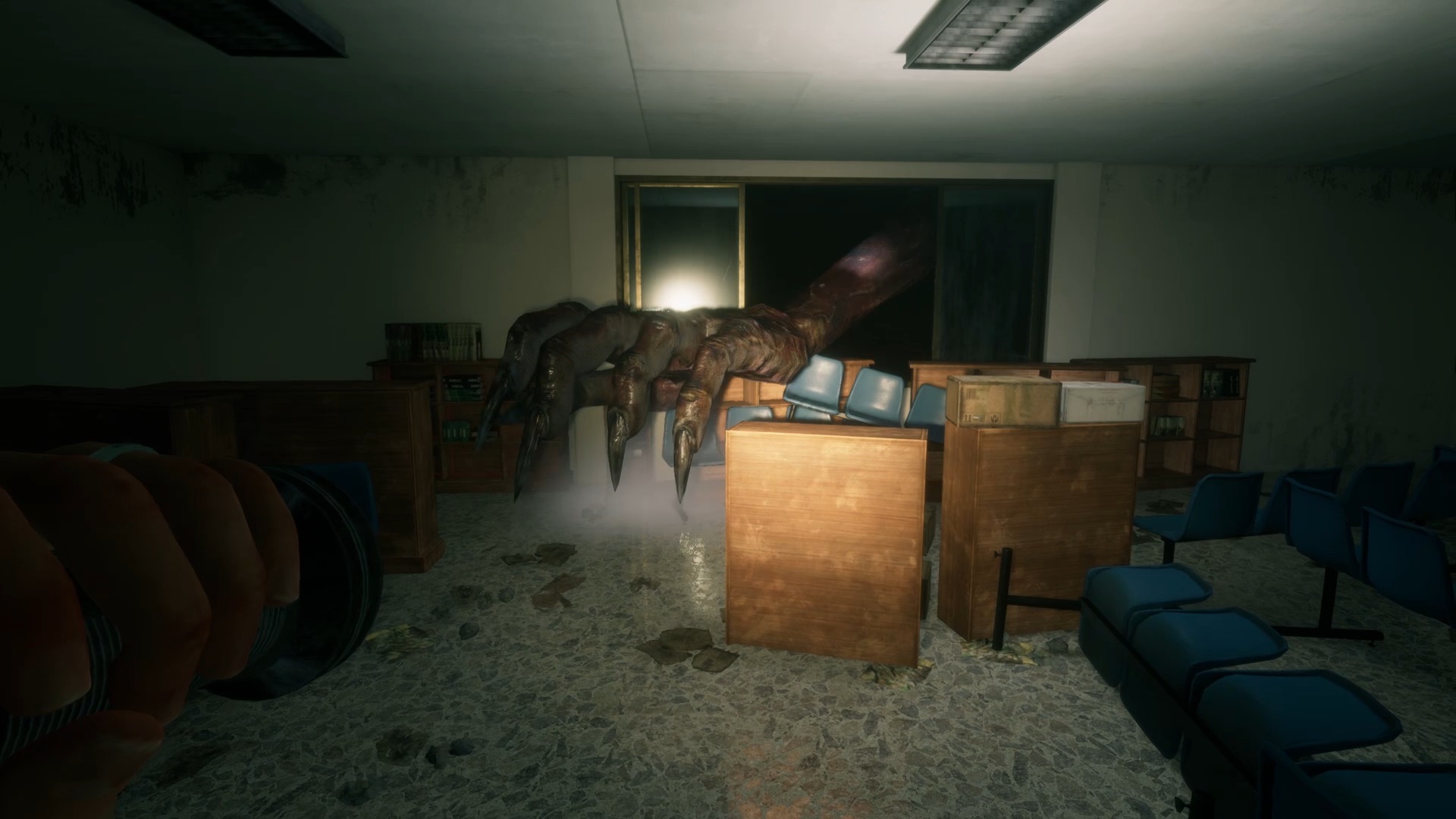 Since so much of the story is tied to the element of finding collectibles in the game it is a nice touch that the developers have made it possible to return to previous chapters through the main menu once you have completed the game, though the whole experience itself should only take about four to five hours in total depending on how long you get hung up on some puzzles.

The designs of Home Sweet Home feel like a bit of a good and bad at times. The bad happens to come in the forms of tight hallways and standard appearing areas that lack all the attention to detail that has been paid to main areas in the game. These explorable areas are clearly designed simply to be ran through or as connecting pieces that pale in comparison to the amount of detail put into main areas. Those familiar with Thai myths and legends, or opt to look into them, will also notice various elements in the world that are also unique to this game’s take on horror. This is a nice touch since, once you’ve seen most of what the game has to offer as far as attackers goes, the enemies themselves tend to feel not as frightening despite the areas you’ll be trekking through. 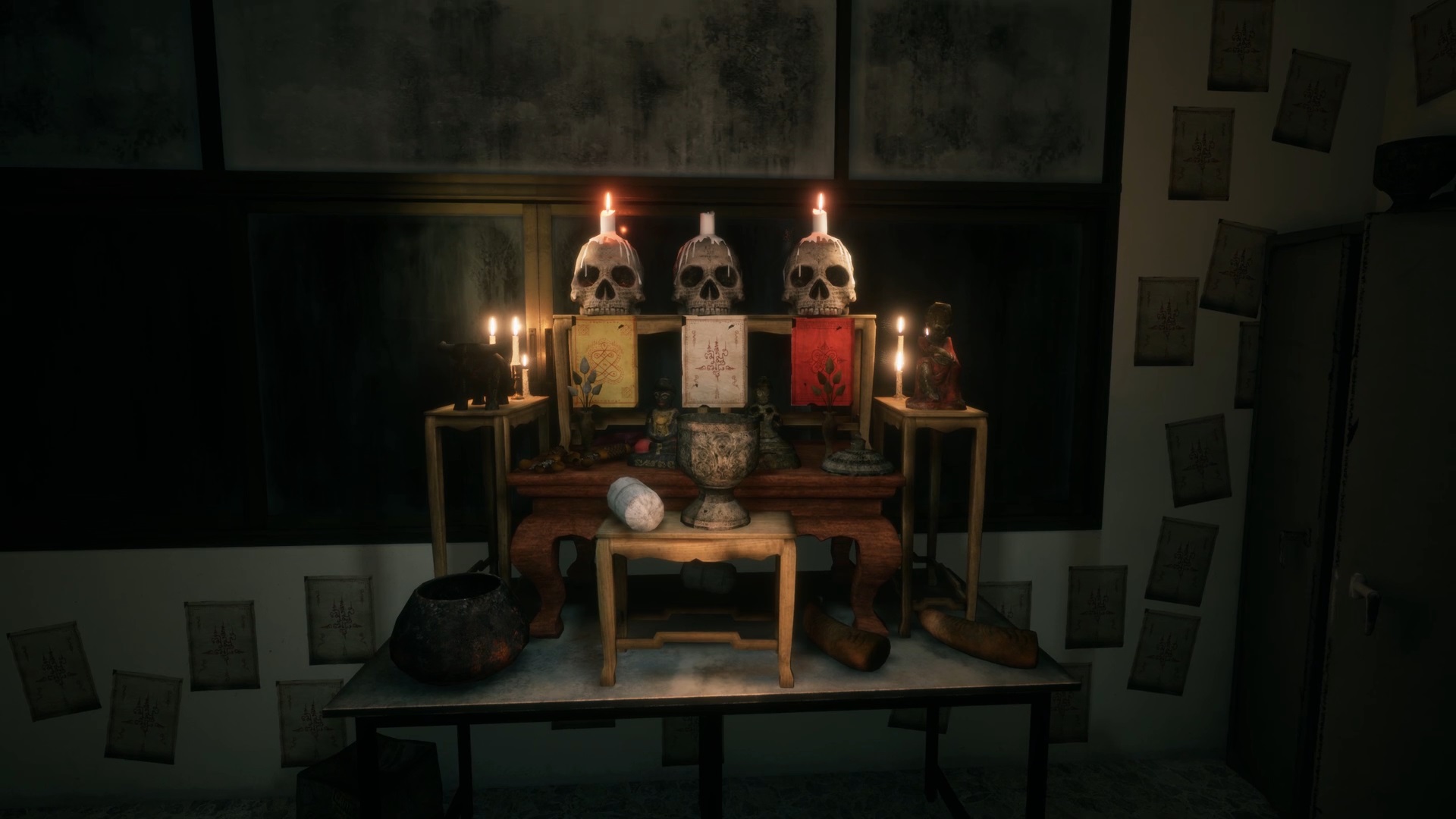 Tim’s house is littered with tons of details and pictures of the family when they were happy together while areas such as the police station and other locations feature unique items and a haunting atmosphere that really tie everything together only for it to be lost during these transitional areas. The sound design is also handled incredibly well with satisfying voice work and the audio cues of the horrors seeking Tim’s life fitting incredibly well with the areas you travel though.

Home Sweet Home delivers a solid enough horror experience with a chilling take on creatures that many of us are likely unfamiliar with but an overly finicky interface, a lack of a real conclusion, and other rough edges do put a damper on what still becomes a title with a great atmosphere to its horror, even if it may lose its luster a little quick.

Home Sweet Home delivers a solid atmospheric horror that loses its luster a bit too quick but explores themes that are likely very unfamiliar to many Western gamers.
6.5