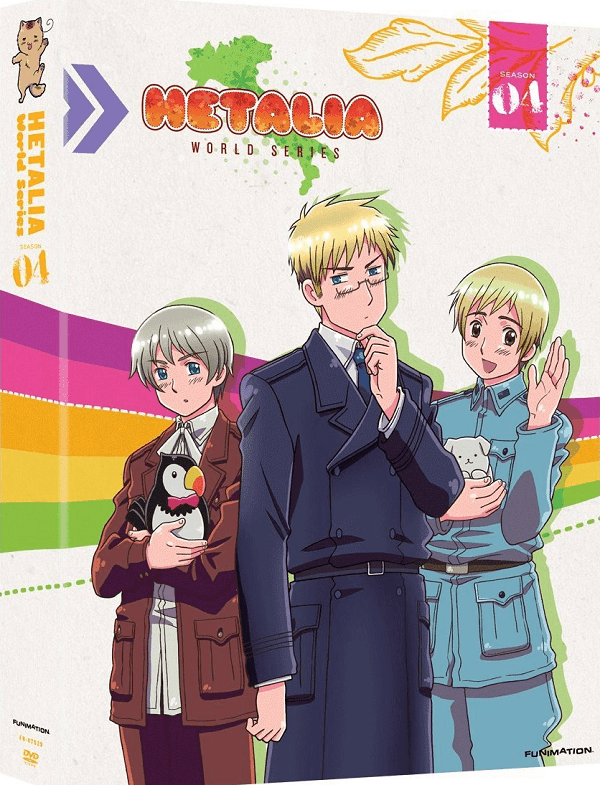 Overview:
It is very rare to find an anime that has become popular all over the world. It is even rarer to find such an anime that isn’t of the shōnen genre. However there has been one series which has not only performed spectacularly well in Japan but has accrued a massive fan base in a number of other countries. This series has spawned three full anime seasons as well as a full-length movie so far, and now FUNimation has brought the fourth season to English fans.

The series I’m speaking of is Hetalia: Axis Powers, a series that puts a bit of a different twist on the entire world. Now that FUNimation has brought the fourth season of Hetalia, titled Hetalia: World Series Part 2 (the fourth overall season to Hetalia) to stores; is it just as great as the rest of the series has been so far?

Story:
One of the most interesting aspects of Hetalia is the fact that rather than creating original characters out of thin air, every character that is shown on screen is the anthropomorphism of a country. Originally the series began with a heavy emphasis on the events based around World War I and World War II and involved only the countries which were involved in those conflicts, with the Axis Powers: Italy, Germany and Japan interacting with one another while the Allies: America, Britain, France, China and Russia working against them and arguing between one another. 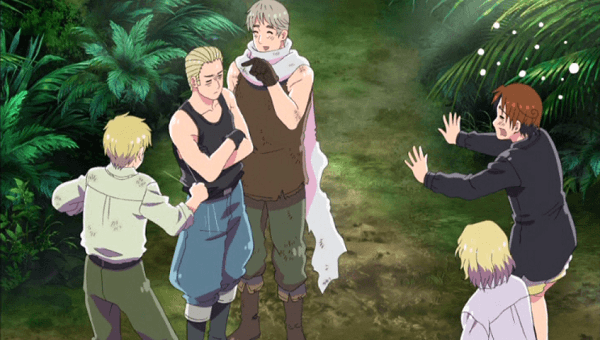 While this setup is great in its own right, every character also sports their most prominent stereotypes and history with one another. Each of these stereotypes contributes to that character’s personality which often leads to a number of hilarious interchanges and interactions. Now after the series moved into the World Series part of the show, a large amount of new characters were introduced to viewers, such as Norway, Iceland, Finland and the Netherlands. It is unfortunate however that due to the massive overload of characters, a number of fan favorites will have fewer actual storylines, such as Chibitalia which almost has zero presence in World Series Part 2 outside of the Extras disc.

Anyone who hasn’t watched Hetalia should know that the series as a whole doesn’t have a standard storyline or any overarching plotline. Instead the series tells a number of short stories involving various countries, more often than not parodying real historic events which will be a boon for history buffs. Outside of these historic events, most of the stories follow the character’s interactions with one another, such as Germany being concerned for Japan’s health, Britain always being captured by Italy and America trying to learn more about Japan. 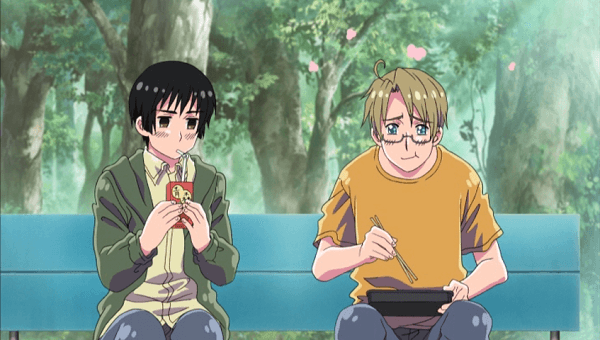 Now Hetalia World Series Part 2 features a number of reoccurring jokes and also introduces a new twist on the Hetalia world, Nekotalia. Nekotalia is similar to the Hetalia world, except the entire world has been turned into cats, though this is changed slightly when say, Russicat’s owner Russia appears. The combination of the standard stereotypes on the new feline countries is a sight to behold and also combines two things people love, cats and humor… especially Hetalia brand humor.

It is worth noting that there are plenty of laughs derived from a few countries’ standard stereotypes, so those who may be offended easily may not be laughing the entire time. That being said, World Series Part 2 is quite tame as far as offensive references go unless of course you happen to be French. As it stands, Hetalia may be quite vulgar at times and poke fun at plenty of different countries, but it never crosses the line into offending territory all while presenting comedic gold to the viewer.

Visuals:
Now that the Hetalia series has been running for a few seasons, the visuals of the show have improved.  As with past seasons, World Series Part 2 features a very soft color palette and often morphs the cast into chibi-like forms in an effort to either show that they are talking about the past or for comedic effect during hectic scenes. These shortcuts in animation aren’t used as often during this season however, though seeing nearly all the nations as cats is something that just has to be seen. 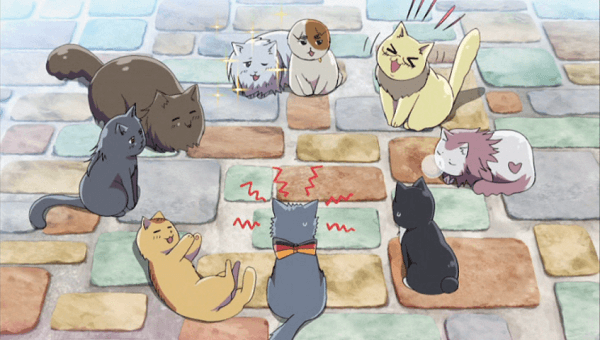 The characters themselves are well varied, though with the abundance of characters which are shown in World Series it is easy to get a little bit lost on who is who thanks to a few characters sharing relatively similar appearances. On the other hand, country stereotypes transfer well to the each characters’ visual style, with their faces and hairstyles usually matching each country well enough.

Audio:
As one would probably expect for a series such as this, FUNimation has retained all of the same voice actors to continue on with their roles in World Series Part 2. This is positively wonderful thanks to the fact that a large part of what makes Hetalia so enjoyable and comical is the way that the characters are voiced.  Now while some may choose to listen to the Japanese voice track which is included in the release, the English dub far surpasses that version thanks to the accents that the American cast is able to pull off. 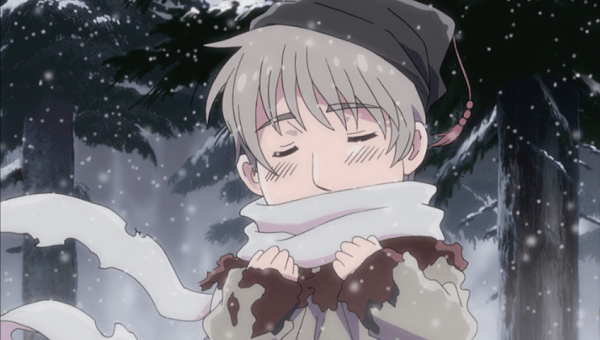 As far as background music goes, the soundtrack for Hetalia: World Series Part 2 is quite simplistic and not very noticeable, though it would probably detract from the scenes if it was. Now it is unfortunate but unlike past releases, World Series Part 2 features only two different ending songs, which is the basic ending song for most episodes sung by the Japanese voice actor for Italy and the ending every half hour featuring the English voice actor for Italy singing about being in Germany.

Extras:
The release of Hetalia: World Series Part 2 comes with a number of bonus features, as the second disc is made up entirely of extra features. Now the first disc features audio commentaries for episodes 26, 32, 36, 41 and 45 from the English cast at FUNimation. These commentaries are very light hearted and enjoyable to listen to with various members of the cast chiming in per episode.

As for the second disc, there are a plethora of extras including the Hidden History of Hetalia which will go over various historical events which are parodied during the episodes as well as six minutes worth of outtakes which are amusing. Rounding out the English bonus features we have an interview with four of the English voice actors as well as two segments from past seasons, the Chibitalia segment has been included in its entirety as an extra as well as America’s storage cleaning. 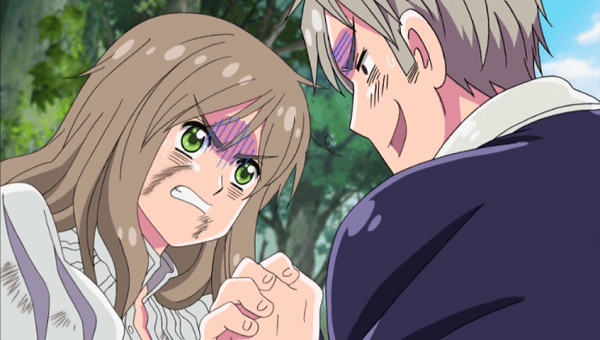 Besides these English bonus features there are also a number of Japanese bonus features which only offer a Japanese voice track with subtitles. These are only slightly worth viewing, though perhaps die-hard Hetalia fans would get the biggest kick out of seeing the original cast and the creator of the show as they are interviewed and perform stage events.

Overall:
Hetalia: World Series Part 2 continues to impress with consistently entertaining jokes and a presentation that you would be hard pressed to find anywhere else. Though things do tend to get a bit bogged down with the large amount of characters now running around and interacting with one another, it helps keep things from becoming stale as viewers will never know what event or country is going to be parodied next.

While it is disappointing that this may be the last Hetalia release for quite some time, as no other animation has been revealed for Japan at the moment, it is worth noting that the original creator is still working on original source material which may eventually be adapted. Until then however, fans will not be disappointed in what Hetalia: World Series Part 2 has to offer.