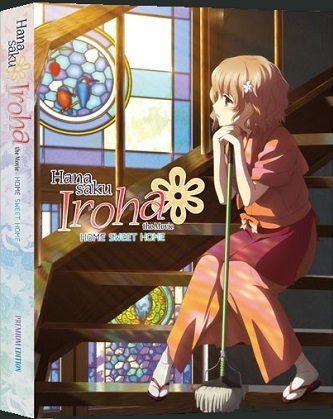 Overview
Usually when a movie is released for an anime that has already finished airing, fans of the series tend to be concerned about the property. This is because most movies are either simple recaps that do nothing to add to the story or are nothing more than simple spin-offs that offer little of value. However most of these movies are also produced for shōnen series, which makes Hanasaku Iroha the Movie: Home Sweet Home, a movie created two years after the ending of the series something quite different. Should fans of the series look forward to picking up the movie?

Story
Now before we discuss the movie, it is worth noting that Home Sweet Home does not pick up after the series ended but instead takes place somewhere around the twentieth episode of the series. This means that the movie is generally one that only fans of the series will enjoy thanks to the various relationships and character nuances built up over time. That being said, thanks to the way things are handled even newcomers may find Home Sweet Home a decent starting point before jumping into the full series. 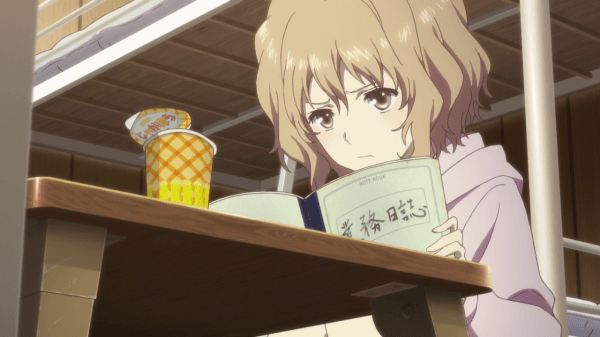 Autumn has come to the Kissuiso Inn and Yuina has begun working at the inn in order to learn how other hot springs inns operate. Due to Ohana’s connection with Yuina and the fact that she is newest employee, she is put in charge of training Yuina and keeping an eye on her. Unfortunately this quickly becomes something Ohana isn’t prepared for as Yuina’s free spirit makes her quite a handful as she unknowingly insults many members of the staff and begins to mess up even the simplest tasks.

One such task happened to be cleaning a storage room which she left in disarray. While cleaning up Yuina’s mess, Ohana discovers old logbooks kept by Denroku while her mother, Satsuki, was still a teenager working at the inn and through these learns that despite their estranged past, Ohana and her mother are more similar to one another than she previously thought. 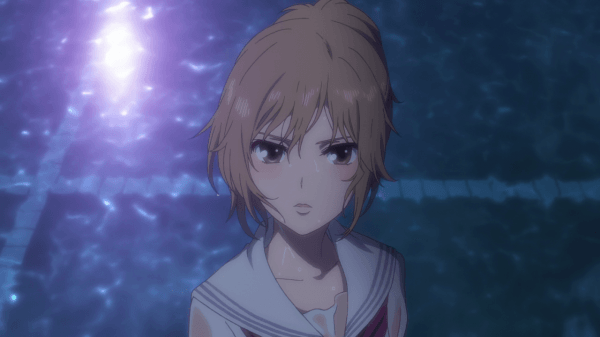 Hanasaku Iroha the Movie: Home Sweet Home is a shorter movie that comes in under three episodes worth of running time. At the same time it also feels like the stories told throughout the movie could easily have been worked into the main series without breaking the flow since despite the main plotline following Ohana’s discovery of her mother’s past and learning about her deceased father, many other little interactions occur at the same time.

Minko continues to try her best preparing food that will impress her crush Tohru while Tohru continues to be blunt and vague with his criticisms all while the inn deals with a power outage that puts stress on everyone. This stress continues to build when Nako, who has been struggling to keep her many siblings happy at home while her parents are at work, learns that her youngest sister has run away due to the way her mother has been acting. 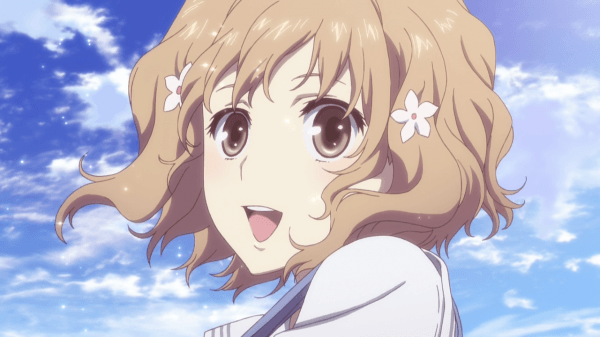 Although it is paced similar to the basic series, this setup works the best for Home Sweet Home as it ultimately gives fans plenty of what made the series great… character interaction. The simple scenes that show the characters working around the inn and interacting with one another provides plenty of humorous moments while most of the touching moments come from Nako’s struggles with her family and Ohana learning about her family.

Told through a series of flashbacks, viewers are given glimpses of Satsuki’s life at the inn while she was younger and how she dealt with trying to find out who she is and what she wants to do with her life. Despite their differences, these flashbacks give us a clear look at how Ohana is like her mother in many ways and also how despite how she raised her, that Satsuki truly cares for her daughter.

Visuals
Handled by the same studio that worked on the main series, Hanasaku Iroha the Movie: Home Sweet Home does see a marginal boost in production values for certain scenes but for the most part many elements of the film look the same as the series. Now that isn’t a bad thing by any means, as the main series always featured lush detailed backgrounds and realistic and expressive character designs. 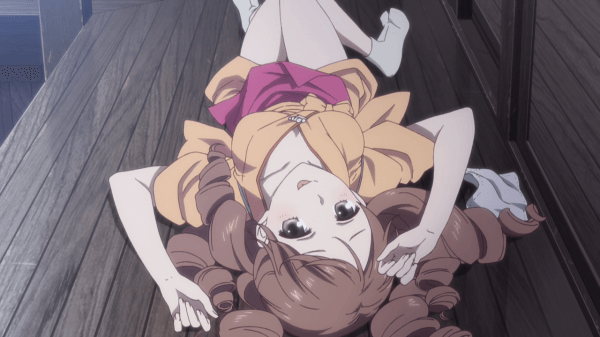 It is especially interesting to see how certain characters’ younger selves looked during flashbacks compared to their current selves. It is worth noting that there is some mild fan service present in the movie as there are a handful of bathing scenes featuring the female cast but it is incredibly tame and shouldn’t make anyone bat an eye. 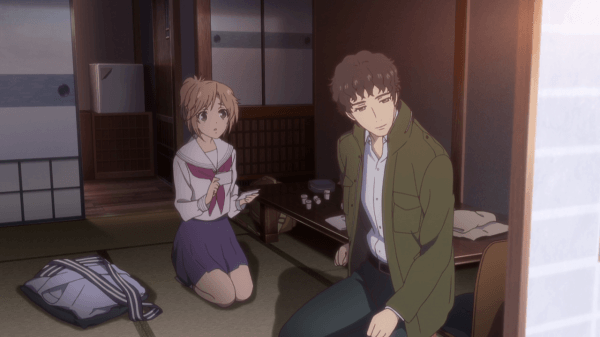 As far as the background music is concerned, a number of themes used from the main series are present in the movie which is a bit disappointing as it would have been nice to hear something fresh, but fans will at least appreciate the consistency. As for the theme song, it is “Kagefumi” by nano.RIPE which is used to great effect during one of the most touching scenes at the end of the film before transferring into the credits.

Extras
Hanasaku Iroha the Movie: Home Sweet Home comes with only the original Japanese commercials for the movie and trailers for three other NIS America anime releases on the disc. This release also includes the long box slipcase as well as a hardcover art book.

Overall
Hanasaku Iroha the Movie: Home Sweet Home may not be the continuation of the series that many might be hoping for, but it does have a touching story to tell about family and finding yourself. By blending the story of Satsuki’s past together with the other events happening at the modern day Kissuiso, Home Sweet Home creates an enjoyable story that will please fans of the series.