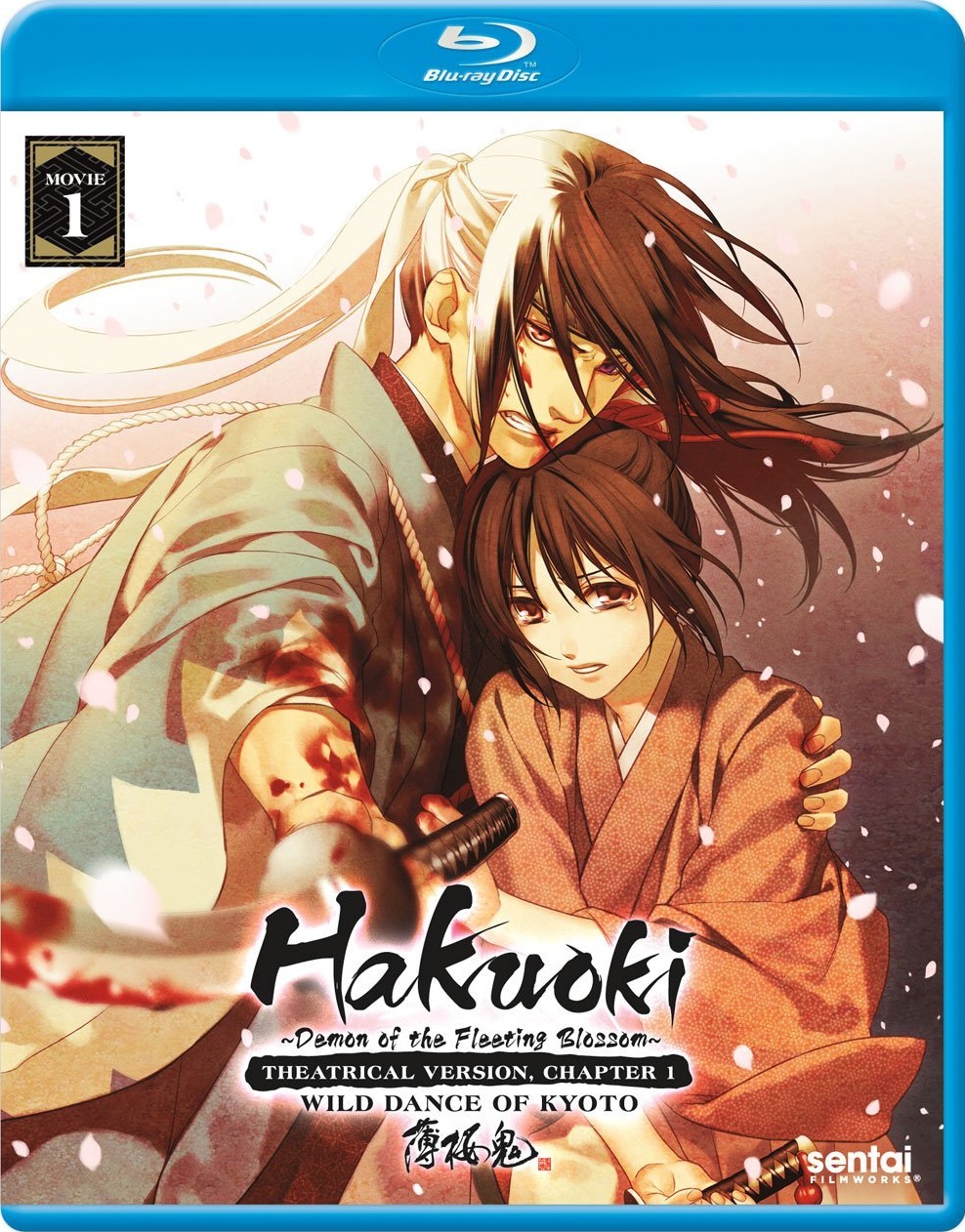 Hakuoki: Demon of the Fleeting Blossom – Wild Dance of Kyoto

The Hakuoki franchise has flourished in Japan since it first started as a series of games that were released back in 2008 and later ported to many other platforms. This otome series has been so popular in fact that a number of anime seasons had already been produced by the time the first games were localized in English. Now Sentai Filmworks has brought over Hakuoki: Demon of the Fleeting Blossom – Wild Dance of Kyoto, the first in a pair of movies for the Hakuoki series. With the second movie set to be released later this year, is it worth picking up the first?

The film begins with the young woman named Chizuru Yukimura, disguised as a man, as she ventures into the city of Kyoto only to be accosted by a number of ronin. While fleeing from these men she encounters a number of albino looking samurai who not only suffer grievous injuries that they instantly shrug off but kill her pursuers while trying to drink their blood. Just when it appears that these strange samurai are about to turn their bloodlust towards Chizuru, they are slain by a number of the Shinsengumi, led by Toshizo Hijikata. 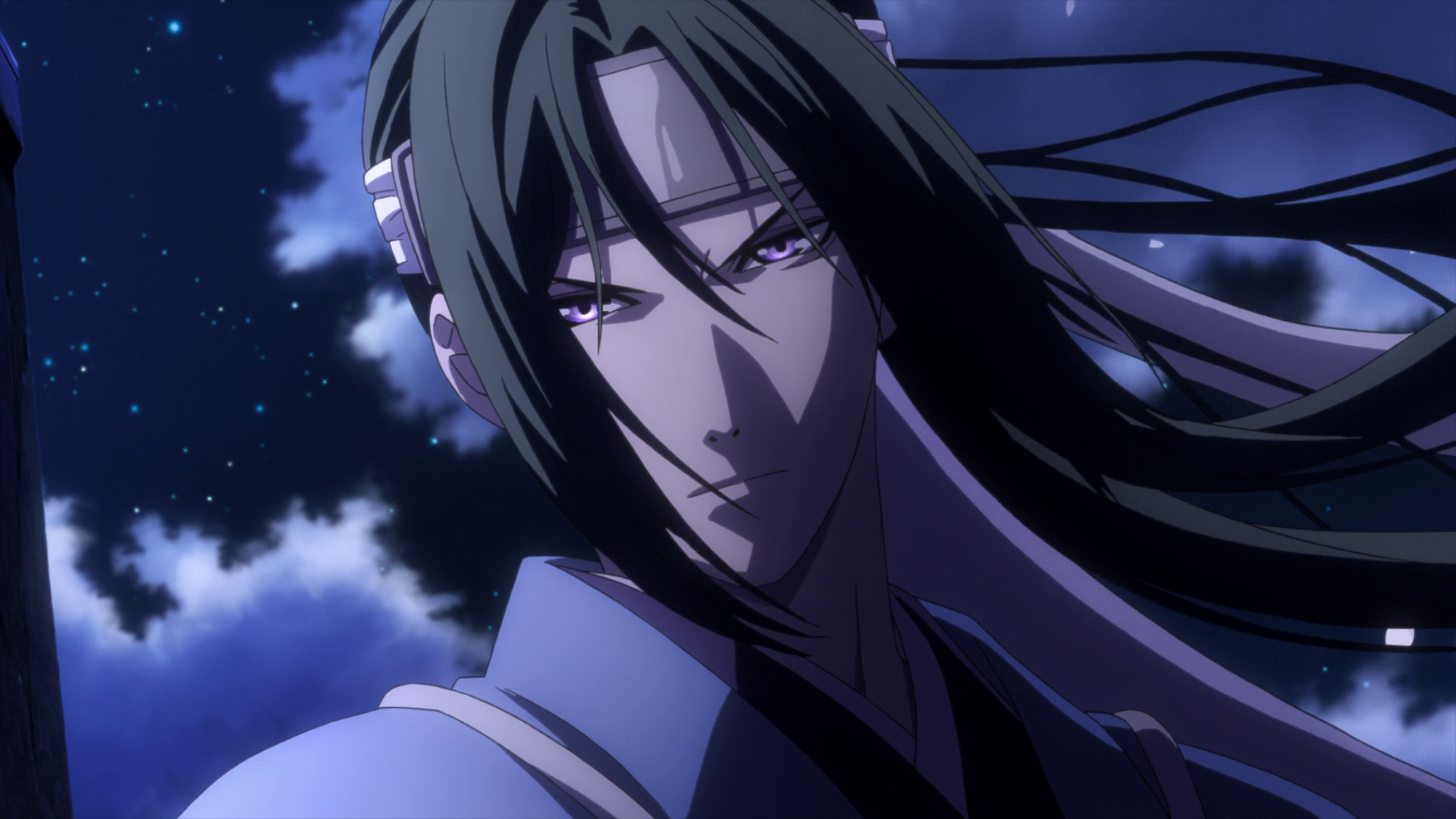 While the Shinsengumi members initially want to kill Chizuru for what she witnessed, they are quick to let her join the group after learning that she is searching for her missing father who the Shinsengumi also happen to be searching for. After being informed that Chizuru will need to remain disguised as a male and will be given no preferential treatment as a member of the Shinsengumi, she is almost immediately given special treatment and becomes a trusted member of the group.

This quickly becomes an issue however as Chizuru learns that the Shinsengumi are searching for her father thanks to his work in studying a dangerous medicine that grants its users incredible strength and healing abilities at the cost of losing their minds, turning them into dangerous foes nicknamed Furies. After the Shinsengumi attack a group of rebels and encounter a few enemies that turn out to be incredibly strong and possess the same abilities as the Furies only with their minds still intact, it quickly becomes clear that there is much more going on with Chizuru’s father’s research than just the drug, especially when Chizuru herself begins to exhibit strange abilities. 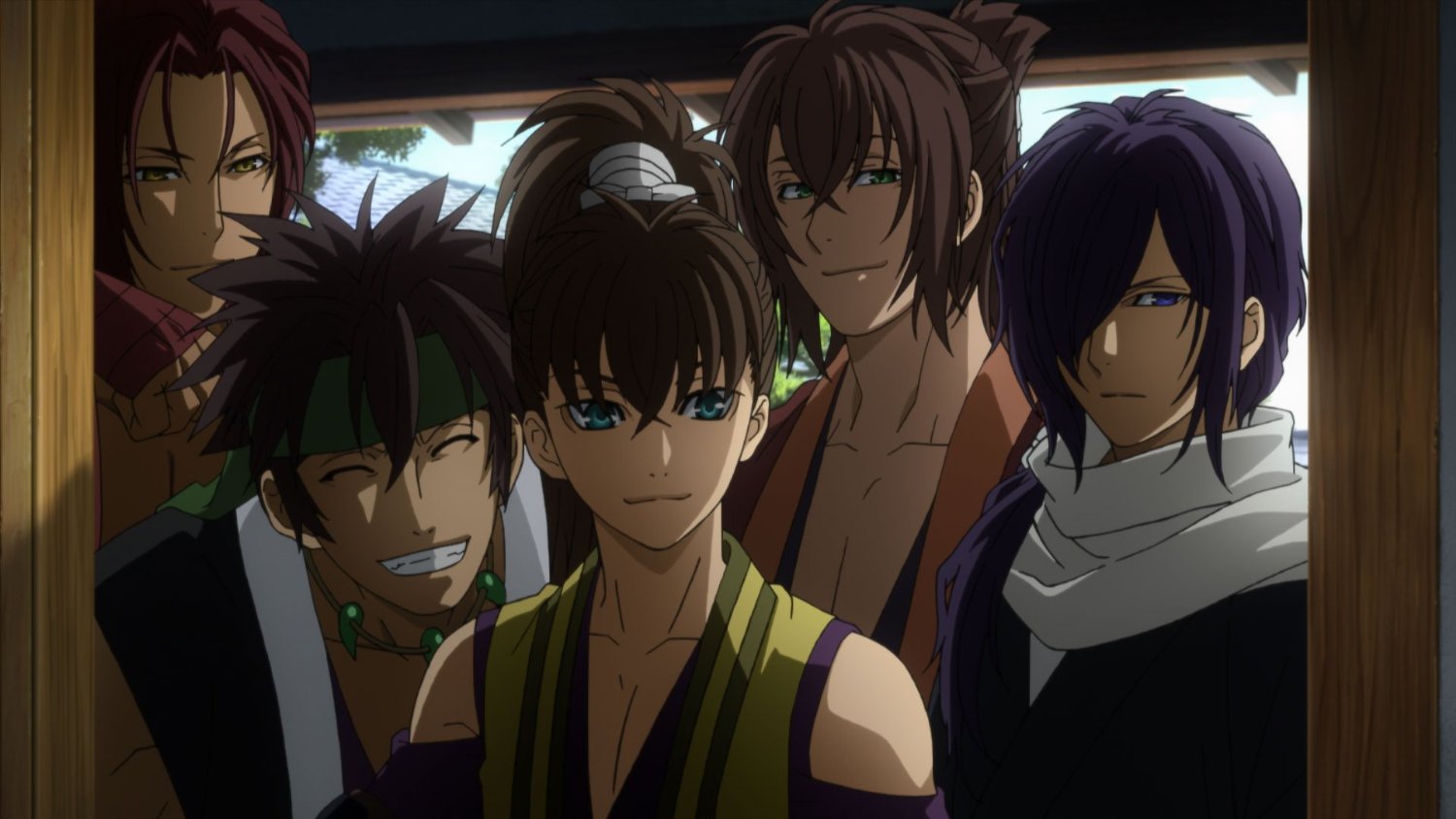 Things have been reworked in a manner to try and smooth the pacing out but anyone familiar with the Hakuoki series will immediately recognize that Hakuoki: Demon of the Fleeting Blossom – Wild Dance of Kyoto is basically a retelling of the first season of the anime with extra bits of fluff cut away in order to advance the story as much as possible in this first hour and a half long movie. This means that a lot of the events that take place over the course of the film and the various revelations about the world and Chizuru’s  history are quickly tossed at the viewer with very little introduction.

This means that various aspects can feel incredibly convoluted at times, especially since there are a fairly large number of unique characters to keep track of and a number of opposing forces, including demonic beings, moving at a quick pace while also trying to mix in various elements of history to try and keep the Shinsengumi storyline grounded. By usually focusing on events revolving around Chizuru the story does help develop a decent bond between the characters we are introduced to, especially the few that work close to her such as Hijikata. 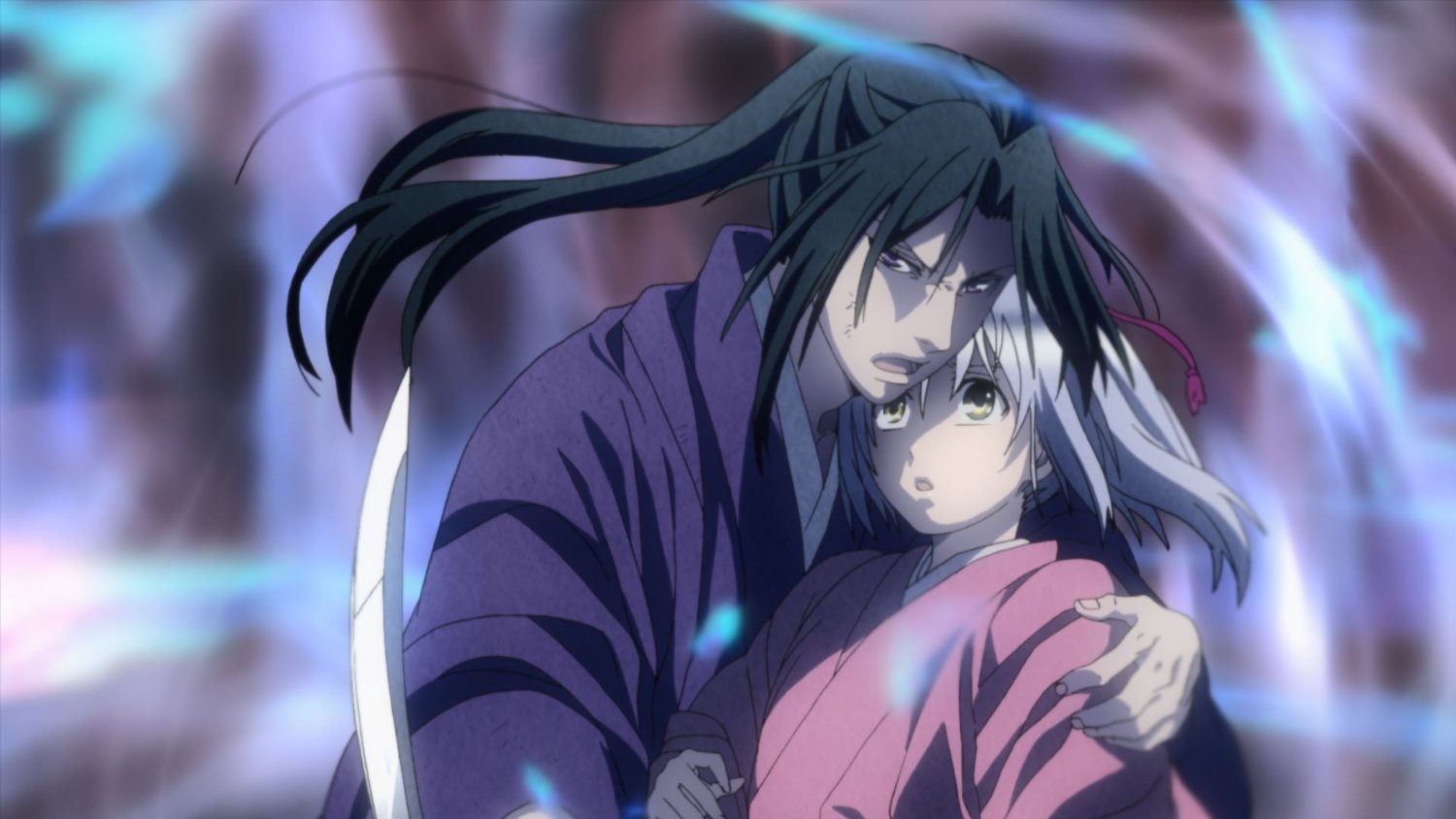 Though thanks to the fact that this is only the first of two movies, viewers will need to be prepared for a cliffhanger of an ending that leaves not only the fate of Chizuru but many others hanging by a thread as well as a number of other story elements that are left at face value only to hopefully be explored in the second film. This means that while those who are familiar with the series may be able to keep track of everything and already know what to expect and can enjoy this film for what it is, a new tale of a familiar story, newcomers will be caught off guard and left wondering what will happen next thanks to confusing pacing.

Thanks to the higher budget nature of the film, Studio Deen has managed to produce a gorgeous looking title that is filled with lots of tiny details to make sure that every character, especially the main male characters, look incredible. With a wide array of color usage and this level of detail there are quite a few striking scenes that occur throughout the film especially when set against some memorable backdrops. 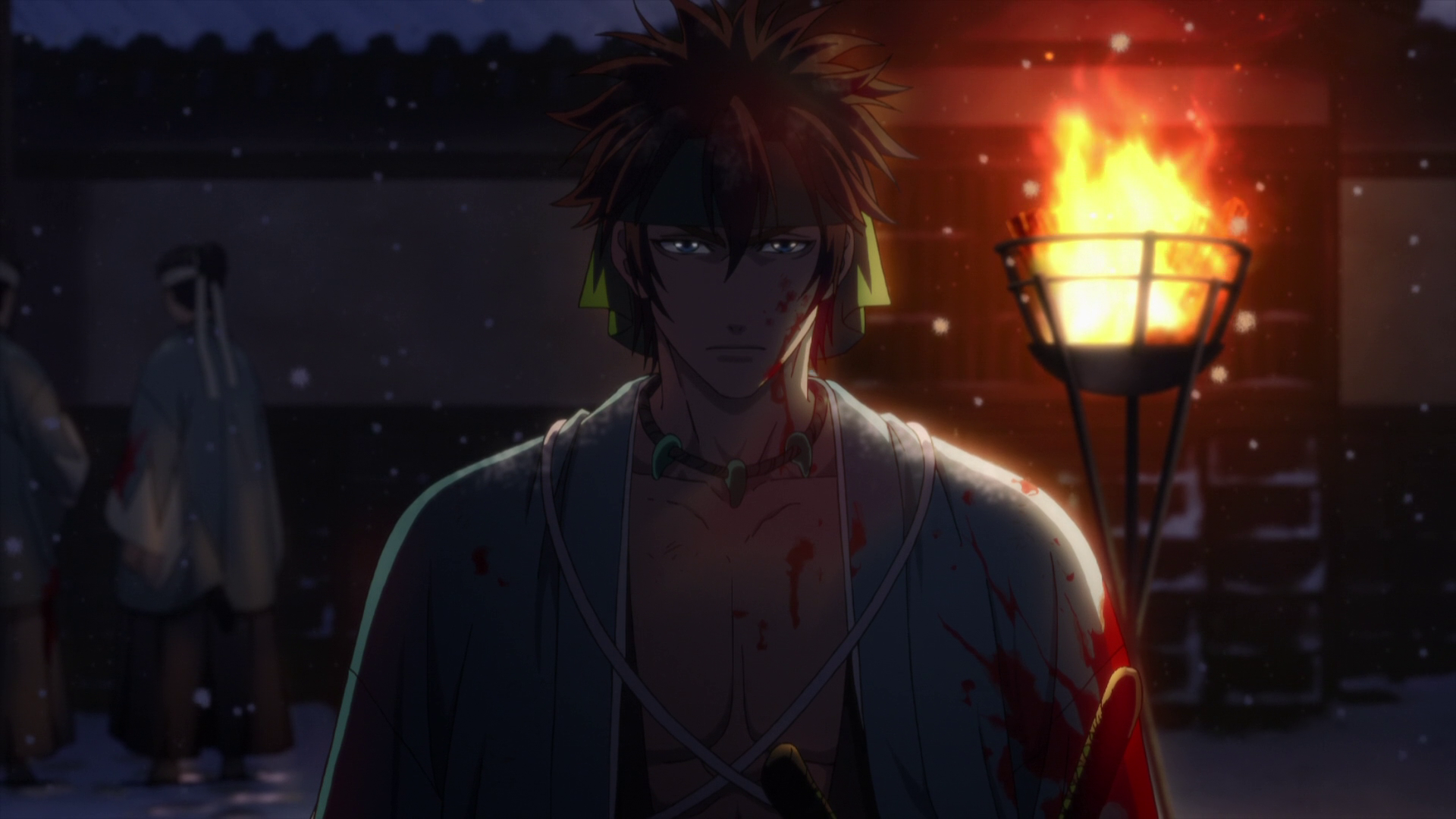 The animation quality is also fairly impressive throughout the film and although the fight sequences are usually finished quickly they are smoothly handled and the level of detail on the character designs manages to hold up through even the faster scenes.

With this release of the film, Sentai Filmworks has provided both the original Japanese voice work as well as their own freshly recorded English dub. Fans of the series will appreciate the English voice work as all of the characters are handled well and even during the few action sequences scattered throughout the movie they are portrayed in a satisfying manner. 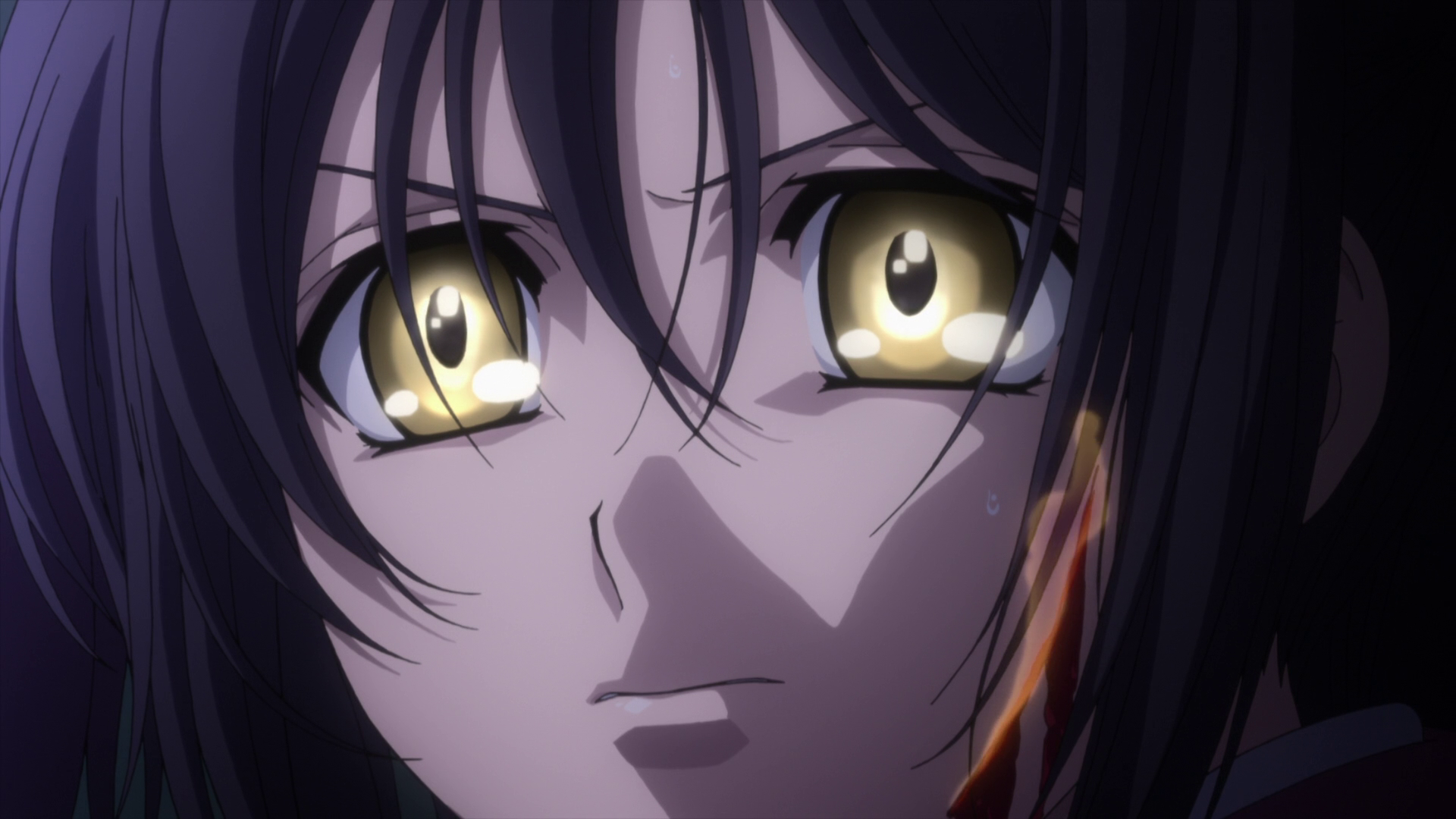 The soundtrack for the film is a bit standard for an otome film which is rather disappointing for the most part as the only time the movie dips into period style music comes during the aforementioned fight sequences.

The only bonus features included in this film release consist of Japanese trailers for the movie and trailers for other releases from Sentai Filmworks.

Hakuoki: Demon of the Fleeting Blossom – Wild Dance of Kyoto is a retelling of a story that fans of the series are likely already familiar with and while this may be enough for fans to revisit the beginning of Chizuru’s journey, newcomers will be quite lost outside of the familiar Shinsengumi elements that come into play. Thankfully with decent soundwork and splendid animation those who decide to see how the story will unfold with the various mystical elements that are revealed will be in for quite a visual treat but be prepared for an ending that will leave many unanswered questions until the second film is released later this year.

Hakuoki: Demon of the Fleeting Blossom – Wild Dance of Kyoto serves as the first in a pair of films that tell a familiar story for fans of the series and may lose newcomers but still delivers a fairly solid viewing experience though whether or not this will be held up in the second film is yet to be seen.
6.5