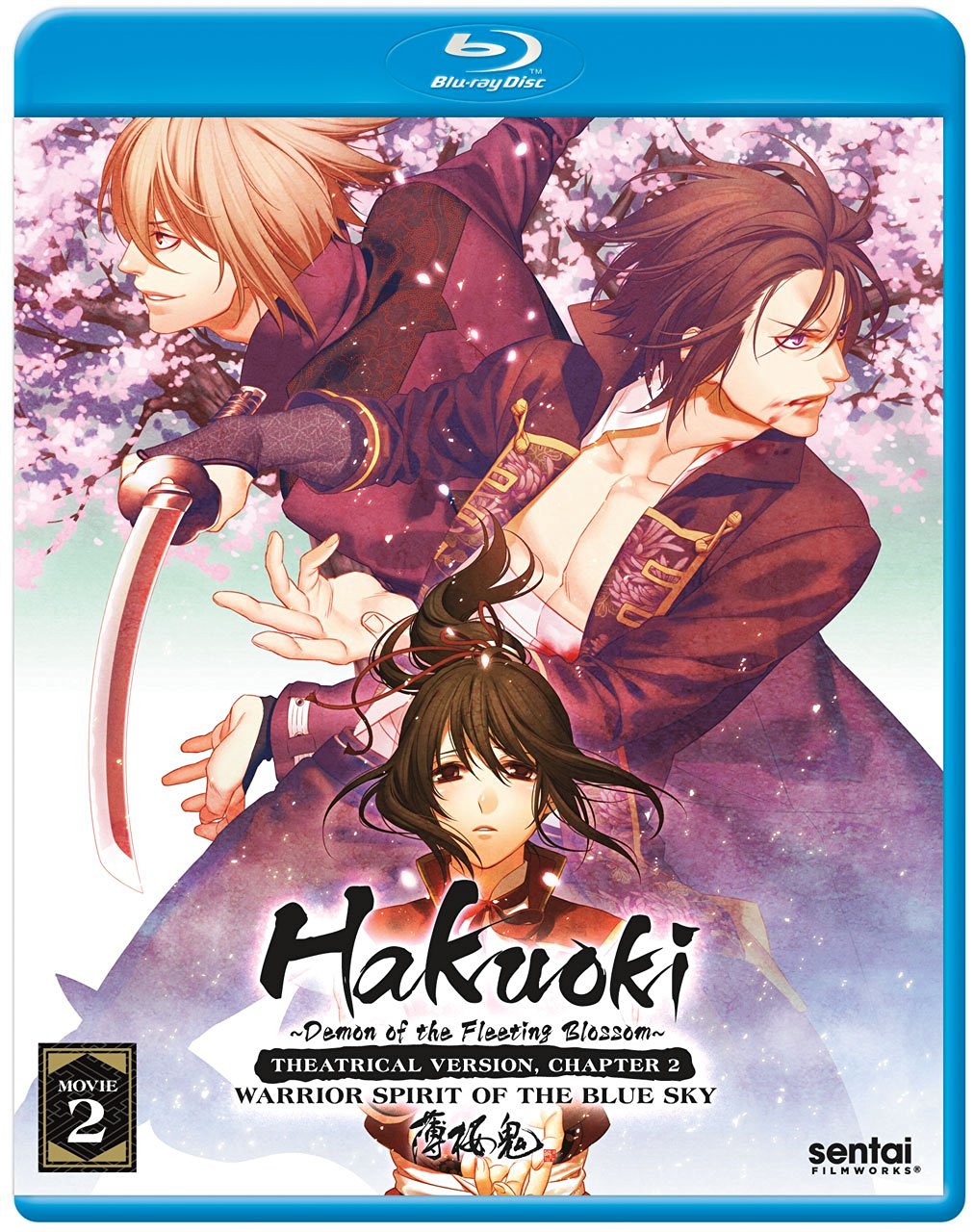 Hakuoki: Demon of the Fleeting Blossom – Warrior Spirit of the Blue Sky

Just a few months ago fans of the Hakuoki series were able to pick up the first in a pair of films that would cover and alter the events of the first two seasons of the anime. While the first film delivered a fairly solid storyline that had its faults but now that the second film has been released, is Hakuoki: Demon of the Fleeting Blossom – Warrior Spirit of the Blue Sky worth picking up?

It is worth noting that since this is the second movie in a pair, and that certain events are slightly altered, even those who are familiar with the way things unfold in Hakuoki should watch the first film before continuing on with this second film, even if the film begins after a time skip. The film begins with the Koufou castle being lost and the dangerous Furies appearing to no longer be limited by the sunlight. The constant pressure on all sides has forced the Shinsengumi members, even the strongest of the group, to struggle for survival and in some cases leave the group entirely in an effort to follow their own path or transform into Furies themselves in order to fight to the last. 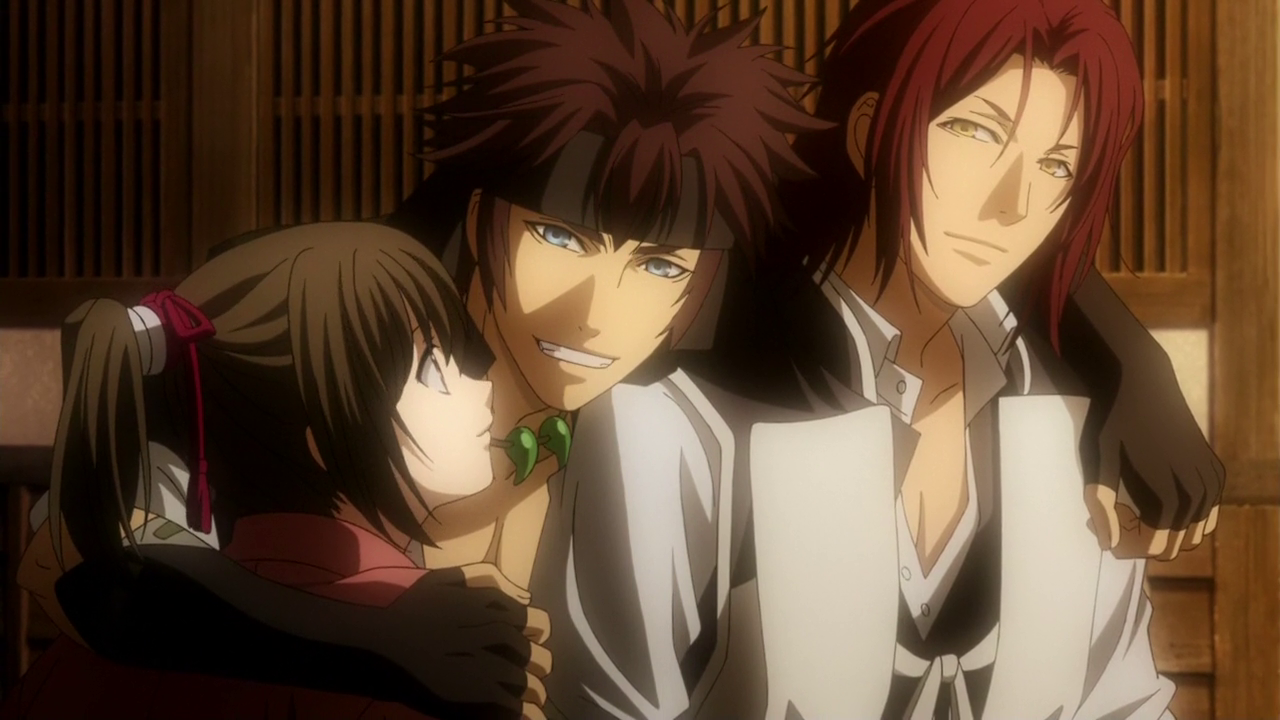 Where the first film, Wild Dance of Kyoto, served as a way to introduce the various characters and the plot elements that come into play in the series, the focus of Warrior Spirit of the Blue Sky is more on the actual battles and personalities of the previously introduced characters coming into play as they fight according to their own personal code, even if it might mean their death. The large number of battles that are portrayed throughout this second film serve as both a way to keep fans interested in the action and also to help reveal the emotions of characters that generally were more reserved.

This does mean that, due to both death and leaving, the number of characters that viewers follow throughout the story does diminish quite a bit but considering the series focuses on Chizuru this is for the best as we see how each departure affects her and her feelings for the group, especially since the previous film worked so hard on showing how much of a bond she had developed with the various members of the Shinsengumi. 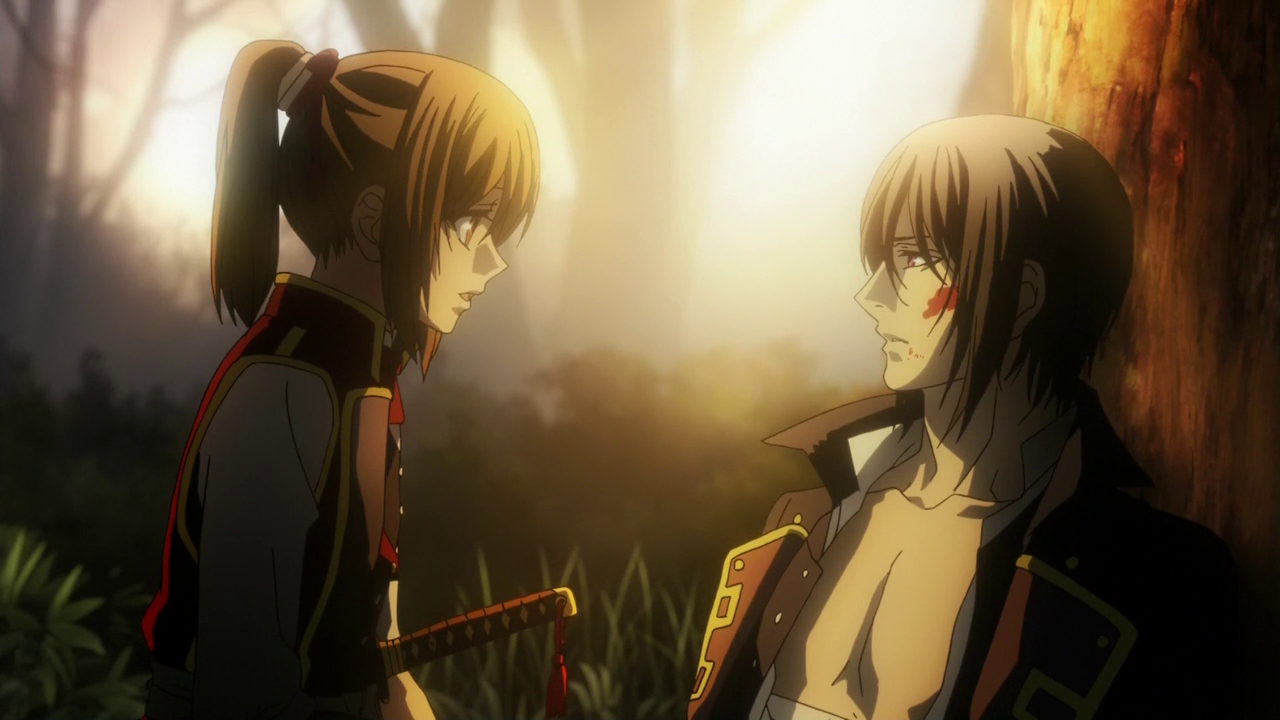 This also allows for more interaction between Chizuru and Hijikata and gives the plot a more stable ground to stand on rather than trying to abruptly force everything on the viewer in the time allotted like in the previous film. Instead, outside of the aforementioned time skip that might throw a few people off to start with, the story progresses rather smoothly this time around by building up the villain without dealing with nearly as much drama as before while also revealing additional details about events in the world before coming to a fairly satisfying conclusion that will leave most fans pleased by the time the credits run.

Once again viewers can see that, thanks to the extra budget that is allotted to a movie, Studio Deen has produced an exceptionally well drawn show that features plenty of tiny details for every main character and even most side characters to help create a rather impressive looking series. This is especially true when it comes to the many battle scenes that come into play throughout this film as the action scenes are fluidly animated and while they may not be quite as bloody as one would expect, there still is some blood here for those who are looking for some samurai combat with the series’ romance factor. 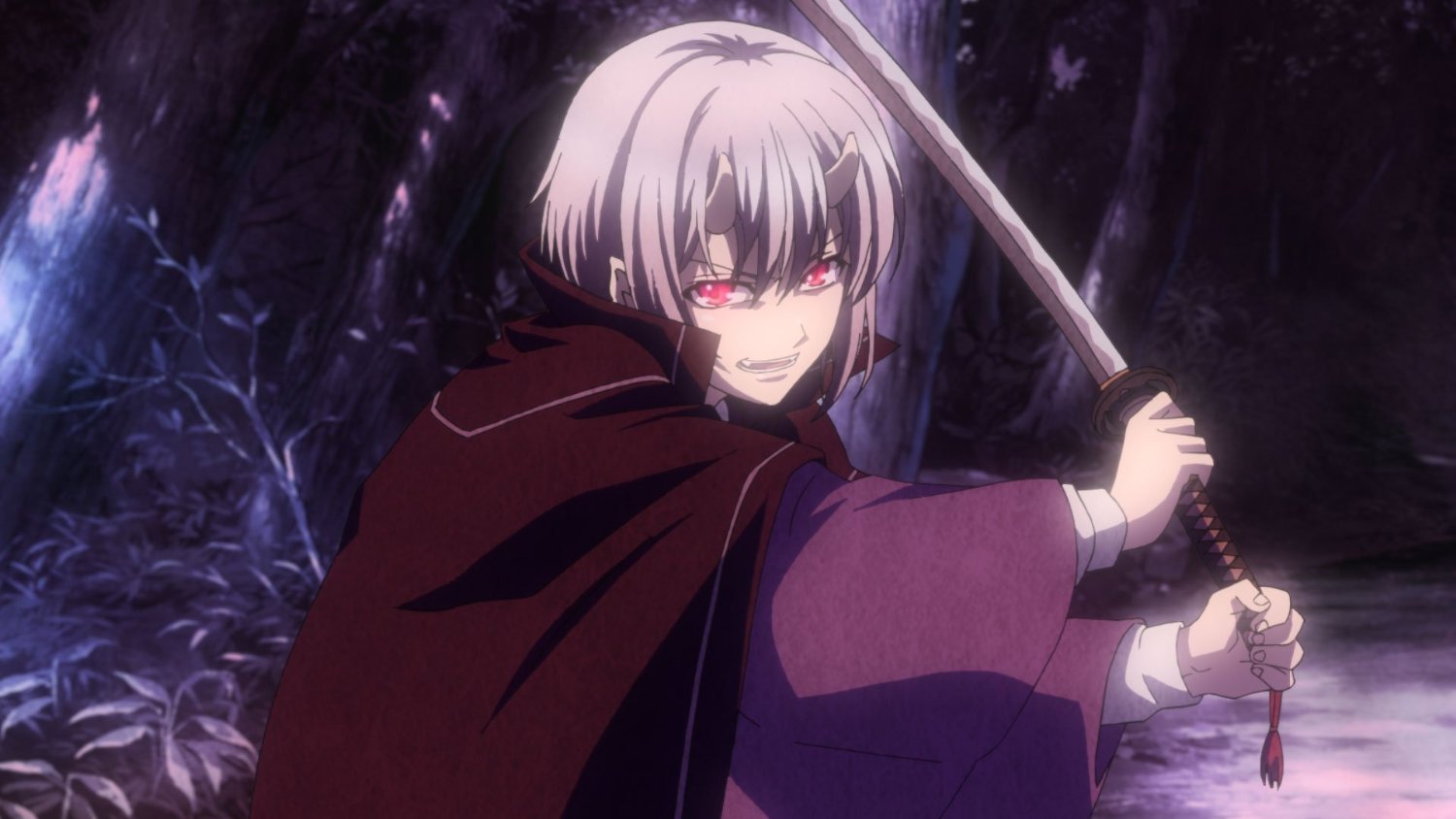 The wide array of colors used throughout the series return to help present a number of striking scenes and nicely detailed backgrounds and scenery that really helps draw attention to how great the film looks most of the time with the only noticeable drop in quality coming with the basic appearances of most of the standard enemies that are confronted by the cast.

Similar to the first film, Sentai Filmworks has released Hakuoki: Demon of the Fleeting Blossom – Warrior Spirit of the Blue Sky with both the original Japanese voice track as well as their own English dub for the series and the same quality found in the first film is delivered here. This means that while some fans will likely prefer to listen to the Japanese voice work simply due to the film’s aesthetic and setting, the English voice cast handles their characters incredibly well. 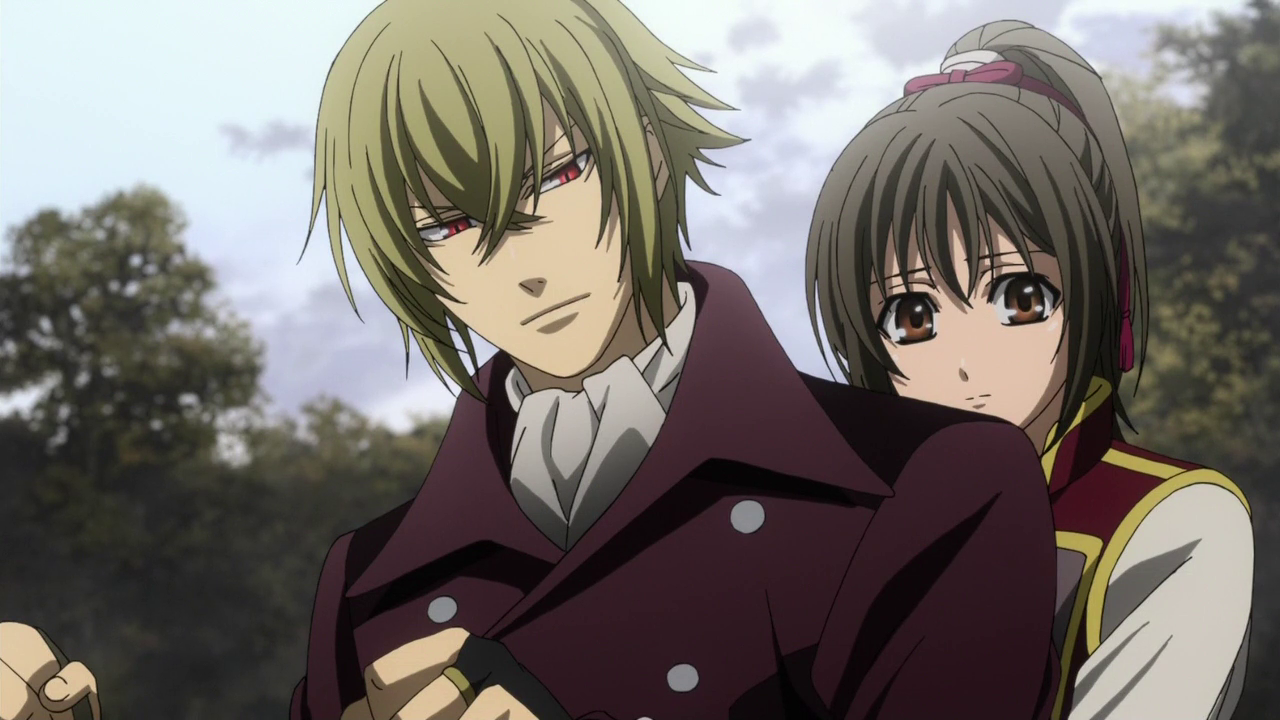 The soundtrack remains fairly simplistic in nature which continues to be a disappointment considering the high quality of the animation budget but it is worth noting that the ending theme that is used during the credit sequence is rather incredible sounding, though it unfortunately never appears in the film proper.

Sentai Filmworks has included the original Japanese trailers for the second film as well as a small insert in the case featuring small details about certain locations, groups, and events that are mentioned or shown in the film.

Hakuoki: Demon of the Fleeting Blossom – Warrior Spirit of the Blue Sky’s tighter focus and emphasis on emotions being portrayed through combat and the struggle of the Shinsengumi as they are on the decline helps deliver a more stable storyline that fans will appreciate seeing in its more condensed nature, though a few might be thrown by the initial time skip. With high quality animation those who are eager to see how these pair of films wrap up will find themselves quite pleased while even those who are unfamiliar with the franchise will likely find themselves satisfied thanks to the extra details revealed in this half and the way events unfold.

With Hakuoki: Demon of the Fleeting Blossom - Warrior Spirit of the Blue Sky serving as the conclusion to the pair of films, the solid story focus and emphasis on conflict resolves a number of issues that plagued the first film and will satisfy fans and newcomers to the series.
8