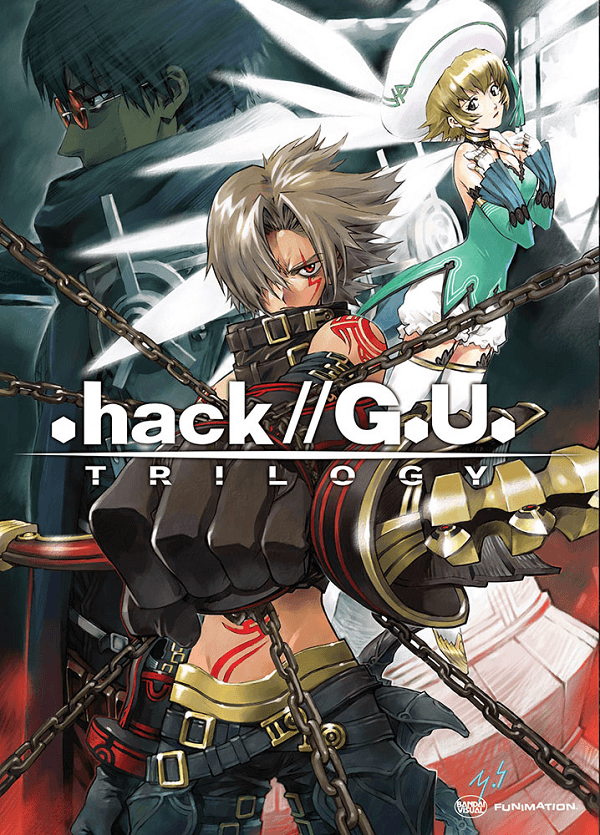 Overview
When FUNimation announced that they had acquired all of the dormant .hack anime series licenses that were abandoned after the closure of Bandai Entertainment many fans were excited to see that at least .hack//Sign would be getting re-released. Though with that grouping also came the different feeling .hack//Legend of the Twilight, the prequel to the G.U. games .hack//Roots, and rounding out the licenses we have the .hack//G.U. Trilogy Movie. Attempting to combine the trilogy of .hack//G.U. games into an hour and a half movie would be quite a feat but does this film manage to at least be partially successful?

Story
Before going into this review it is worth noting that .hack//G.U. Trilogy relies almost entirely on the fact that viewers have knowledge of, at the very least, certain parts of The World’s lore and at least have seen Roots if you haven’t touched the G.U. PS2 games. I say this because the story immediately kicks off with Haseo, a member of the Twilight Brigade and a skilled player with the unique Adept Rogue character class, witnessing his friend Shino being PK (player killed) by a Kite looking character called Tri-Edge. 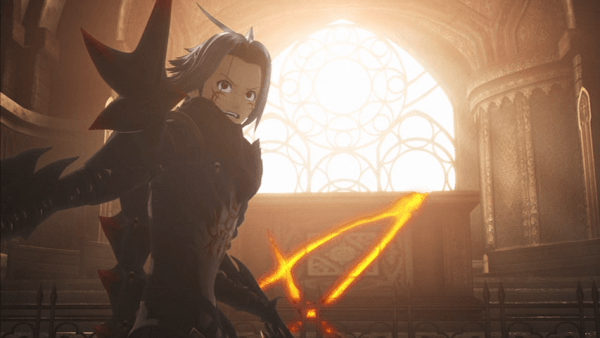 As is standard fashion with the .hack series, when Shino is killed in the game by Tri-Edge she falls into a coma in real life. In the six months that have passed since Shino fell into her coma Haseo has been running rampantly through The World, killing any player killer he comes across and earning the name of “The Terror of Death.” With even seasoned PKers fearing this PKK, Haseo receives a message from an old friend named Ovan, who also has been missing for six months, that Tri-Edge would be appearing again.

Despite advancing to the highest stages of his class, Haseo is mercilessly defeated by Tri-Edge and is data drained down to level 1. After his defeat he learns that Tri-Edge is just one issue plaguing The World and that thanks to a unique power hidden in his character, the Epitaph, he may be able to defeat Tri-Edge and fend off AIDA . While trying to regain his lost strength Haseo is approached by a female player named Atoli who uses the same styled avatar as Shino and despite his constant reluctant and aggravating behavior towards her, Atoli continually tries to help Haseo have fun with the game again. 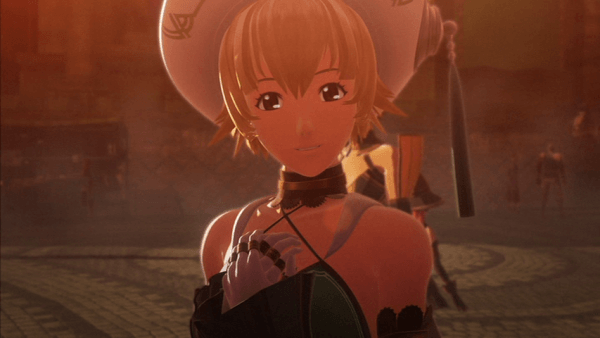 Then when she is struck down by the AIDA and begins to transform, Haseo must do everything he can to now save his new friend, even if it means facing off against an enemy with as strong as motivations as Haseo’s own. If that sounds like a bit of a mess than you are more than prepared for the .hack//G.U. Trilogy movie.

With such little time to actually focus on character development, proper pacing, elements of the story, and everything else while trying to cram in the beginning of the story, the first climactic battle, and their own rushed ending .hack//G.U. Trilogy ends up becoming an absolute mess that reserves itself for only the most hardcore fans of the series as practically nothing is explained in any detail and the vast majority of the side characters, even fan favorites such as Alkaid, are barely introduced or given any central purpose as the story roots itself in focusing on Haseo and Atoli. 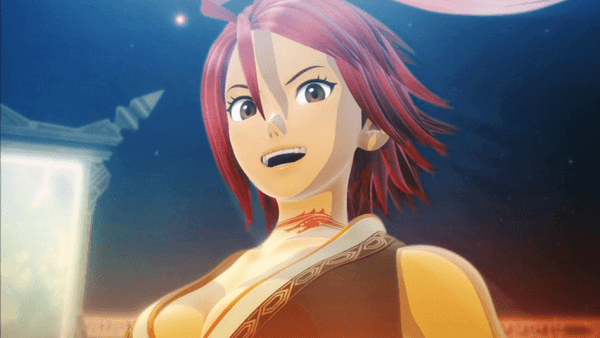 Thanks to this focus we do have some central character development for Haseo though even this is handled sporadically at best since the film loves to jump around and considering the initial way that Haseo treats Atoli it will likely come as something of a surprise that she is even the central focus of the story. Through some clever acting by her voice actress, Atoli’s character does come off as sympathetic and helps drive the relationship forward to a believable level though a few of the sappier scenes that do occur feel a bit rough thanks to Haseo barely given enough development to be likable here.

Visuals
Originally produced back in late 2007, the same year the final G.U. game was released, the .hack//G.U. Trilogy Movie features the unique quality of being completely CG in nature. This means that the characters are far more like their original game designs here which is a unique touch that makes the fast paced action sequences quite a sight to behold, especially due to Haseo’s style of fast-paced ever changing combat style and a number of other certain events. 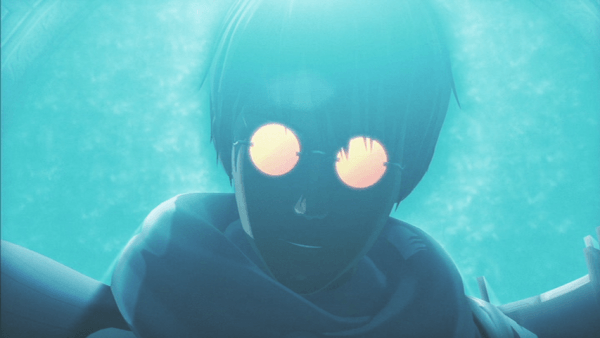 That being said, the CG does date the series quite a bit, making some scenes look like slightly touched-up versions of cinematics originally used in the PS2 titles. The environments are still fairly well detailed here, especially when the characters tend to appear in a hub world as it feels filled with life as various NPCs wander around the background, helping give the title the MMO feel it should have.

Audio
It shouldn’t come as too much of a surprise to hear that FUNimation has chosen not to find an English dub cast for this movie and have opted to release it featuring only the original Japanese voice track. This is likely for the best since, as mentioned before, Atoli’s voice actress Ayako Kawasumi really helps drive the emotional aspect of the film home and without her performance it would have easily fallen flat. 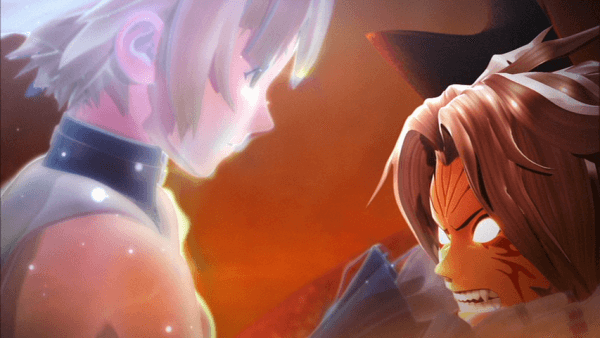 The soundtrack isn’t quite as inspiring as many of the .hack anime series are known for but it does contain a number of enjoyable background tracks as well as a few emotional insert songs that work wonderfully given the scene it is used during.

Extras
The .hack//G.U. Trilogy Movie release comes with quite a few special features on the disc as it contains a six minute long video containing various scenes that have been heavily modified to include humorous dialogue and situations that are actually very funny and provides a bit of extra content for fans of the franchise. 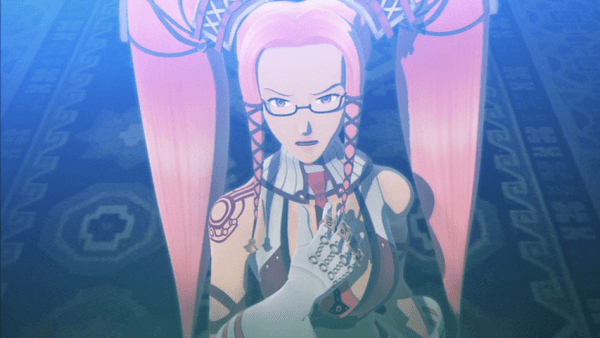 Following this we have a collection of promotional videos, an image board gallery featuring artwork from the film, a twenty three minute long “Making of” feature including interviews with members of the staff from the film as well as some background information on the games, and trailers for other FUNimation releases.

Overall
.hack//G.U. Trilogy Movie provides the bare minimum level of details to enjoy the basic story of what was offered in the original video game alongside plenty of flashy action sequences . That being said, the unique and often quite fancy looking in action CG feels dated more often than not and the fact that so much of the original story is left by the wayside in order to cut down the content here, this is something that only the most hardcore .hack fans will enjoy.
Capsule Computers review guidelines can be found here.