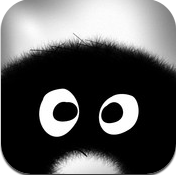 Overview
Gravity Maze is a physics based puzzle game taking advantage of iOS devices’ built in accelerometer. Fluffs have been trapped in a maze with dangerous traps and need your help to find their way to freedom. Does Gravity Maze tilt its way to success or does it fall flat?

Visuals
The most noticeable thing about Gravity Maze is its lack of color. The whole game is composed of black, white, and lighter shades of gray. The visual style is reminiscent of indie darlings Limbo with a dash of World of Goo thrown in for good measure. There are three visually distinct areas of the game representing summer, autumn, and winter. The graphics are implemented well, being sharp and crisp on both iPad and the iPhone screens. However, the details of the fluffs are easier to pick out and appreciate on the iPad screen as they are very small on the iPhone screen. 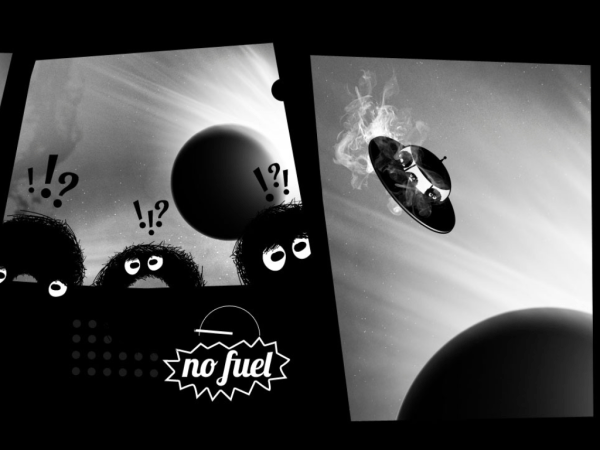 Audio
The audio in Gravity Maze is top notch. The music is ambient and chill. It fits perfectly with the simple graphic style of the game. The sound effects are solid; the fluffs make squeaks, yelps and provide the odd comment for a nice contrast to the music while you tilt your way to their freedom. The sound effects come together with the music well for a great auditory experience to match the gameplay.

Gameplay
Gravity Maze revolves around tilting your iOS device to allow the fluffs to tumble through the maze. The idea is very similar to the board game Labyrinth, where you guide your ball through the end of the maze while avoiding traps. The physics is well executed, though it is important to note the gravity in the game feels lower than the gravity experienced in everyday life. This allows for more accurate manipulation of the fluffs, which is absolutely necessary for later levels. 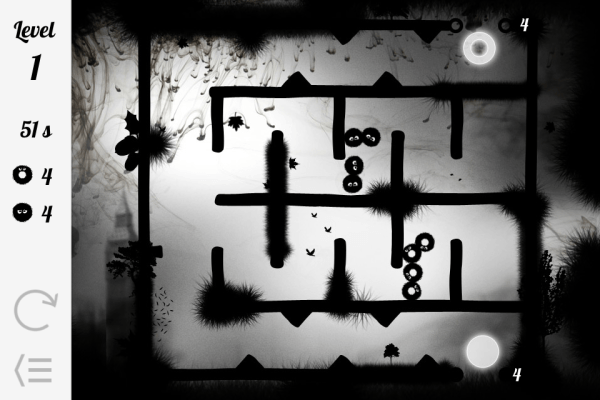 The difficulty starts at a relaxing pace and scales upwards as the game adds different types of fluffs that add traps that need to be maneuvered around and new goals. Navigating the maze is a race against the clock and at the end of the level your performance will be ranked. The game is universal and optimized for both iPad and iPhone. Gravity Maze may be a game you want to avoid on the iPad if you plan on playing in a public space. The iPhone provides a much smaller device to twist and turn. However, because the iPad screen is much larger in size, it is easier to see and maneuver the fluffs with accuracy.

Overall
No matter which device you choose to play Gravity Maze on, you will not be disappointed. Each has its pros and cons, but the differences seem to boil down more on personal preference than any glaring faults. Gravity Maze is a well-executed physics based puzzler that thrives on simplicity. Though $1.99 seems to be a lot of money for 45 levels, the developers promise more levels in upcoming patches. Whether you choose to wait for a content patch or spring for the game now, Gravity Maze will not disappoint.