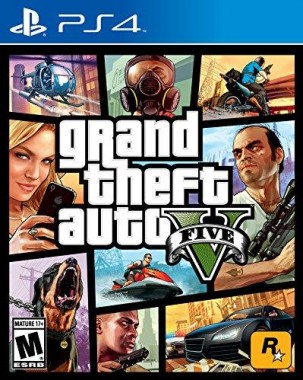 Overview
I’ll be honest. Grand Theft Auto as a franchise was fun when I was younger, but I became rather neutral over the years. Sure, Rockstar have delivered time and time again, but I kind of drifted away from the franchise after San Andreas, only dabbling in the series on occasion – but still managing to give every single title a purchase in the long-run. Like every other company, Rockstar know that this generation is new, and gamers want quality. Why not remake one of the highest rated and best-selling titles of 2013? With a good deal of new features, and a visual boosting due to next-gen hardware, Grand Theft Auto V is back and is aiming at re-capturing the same audience that loved it in the previous generation. Can a remake this soon do enough to stand up to the newer selection on the same marketplace? Let’s find out. 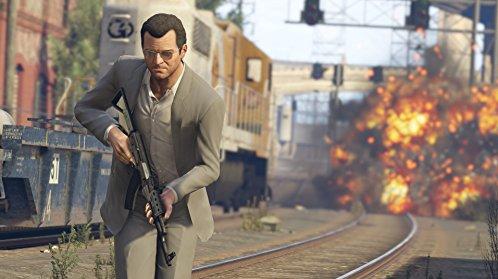 Story
Grand Theft Auto has come a long way since those simple missions serving as narrative from the first game. In what feels like a cult classic film, players will be able to play as Franklin, a small time criminal with big dreams, Michael, who has traded his past life of robberies and crime to be a “family man”, and Trevor, a low-life redneck who has hit rock bottom – yet still remains cocky and content being a generally crappy person. Yes folks, there are three characters here that have stories that intertwine with one another so even though each are extremely different, we eventually learn that they are all human and there is indeed a bit of a heart buried underneath the crime, money, and sex that is piled on top of a rich and enjoyable plot. 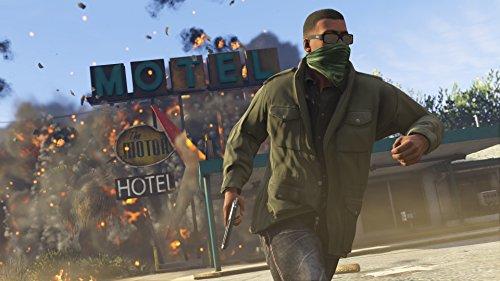 It isn’t all about the story in this game at all. Its about the people around you. The interactions, and of course the exploration. This has to be the most fully realized city ever put in a video game, as the NPCs are all rather interesting and react in very modern ways. Just turn on the radio – and you will be amazed at how much dialogue is featured in the talk shows and commercials that really hit home with serious issues such as race, politics, and celebrity. In past titles, I wanted to mainly blow stuff up and fight off cops as long as I could. I play GTA V differently, as the world is so interesting, its hard not to just get out of a car, and take a long walk around. There is so much to do that opportunities for entertainment feel limitless, leaving the player to have so much more than already decent story as a whole.

Gameplay
I won’t spend a lot of time speaking about the older gameplay methods within Grand Theft Auto V as most of you probably know what to expect. Instead, lets talk about the improvements. You can’t even begin to speak of the Playstation 4 and Xbox One versions of Grand Theft Auto V without speaking of the new first person mode. Yes folks, this port allows players to see the world in a whole new way, with a quick and easy press of a button. I honestly thought it would be awkward to play GTA in this perspective when I first heard about it, or almost like trying to play third person in Oblivion. Thankfully, this transition is not only smooth, but fully customizable. 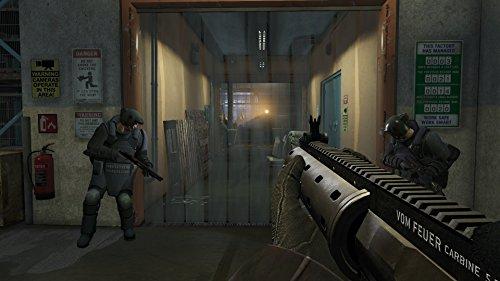 Players can structure this feature to their own comfort, by setting up when the game goes into first person mode. As an example, if you want to use third person while driving (which is honestly still better for chases), you can. Once you leave that car, you will be right back in third person mode and ready to fight enemies or simply run down the streets to do whatever you like. Players can also customize the style of controls for this setting, and either keep the GTA standard controls, or go for a more modern FPS feel. Aim is also something that can be adjusted, as those wanting more of a challenge can pick free mode – with no auto targeting, or pick from partial or full assisted, which is kind of the norm for what most fans of the franchise expect. This feature could have been tacked on and rushed, or just a quick thought with no substance, but Rockstar have delivered by ensuring that the player’s own preferences come first, making this perspective an utter delight and hopefully a new mainstay for the namesake. 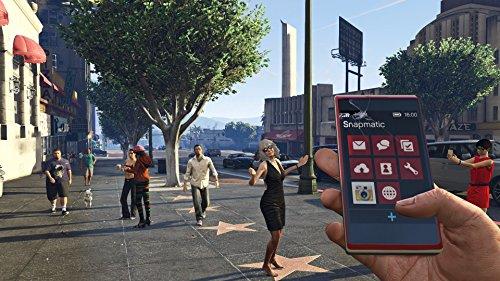 It isn’t just about one lone addition for this new Grand Theft Auto experience either. Plenty of new cars make an appearance, as well as new events, challenges and weapons for the players. A big monster truck or a rail gun might not be enough to attract someone right away, but once you add in all of the other new toys and upgrades, the little things stack up to be quite a good deal of content. You can now ride those fair rides in first person mode. You can also climb a mountain, or get caught up in a robbery. Sure, we did that last time, but the new camera view and overall look of the world make it feel like a brand new experience.

Rockstar even threw in a bonus to Playstation 4 owners by turning the Dualshock 4 into a cell phone. This means that your calls actually sound like calls now. The light on top of the controller also brightly flashes red and blue when you have a wanted level, which is a nice little feature that seems small, but actually makes a great talking point to those who deal with a lot of spectators in the room while they play. I want to spend a lot of time talking with this much excitement about Grand Theft Auto Online, but honestly, there isn’t a lot to talk about. Sure, its a blast causing chaos with friends, but it takes a long time to start jobs such as races or death matches, and I was disconnected six times in five hours during my first night. I want to love this mode, but it just needs some polish and general assistance. The currency is nice as well, but it takes a long time to level up unless you have the money to go all out, and that alone made me feel more comfortable in single player. Again – Rockstar will probably fix a lot of these issues, but as of now, there are a good number of little problems holding this mode back.

Visuals
As I mentioned quite a few times already, this is the same Grand Theft Auto V, but a completely different experience as the world is now able to be viewed in first person. Believe it or not, that makes a huge difference. The lighting and animation also comes with more attention to detail, as the full upgrade on the graphical engine has done wonders to make these textures look highly realistic. Thunderstorms look amazing, the water flows exactly like it should with detail down to the last ripple, and fauna is also nothing to just walk over as every blade of grass stands out to create an environment that is not only more polished, but completely reinvented. Unlike Sleeping Dogs’ next-gen port, GTA seems to handle animations much smoother as well, as enemies fall more realistically and injuries seem to effect every player as if you shoot an NPC in the leg, there is a good chance he will limp away. 30 FPS may not sound like a lot, but the framerate is consistent, as I never had any drops or terrible glitching during my hefty chunk of time thus far with the game. 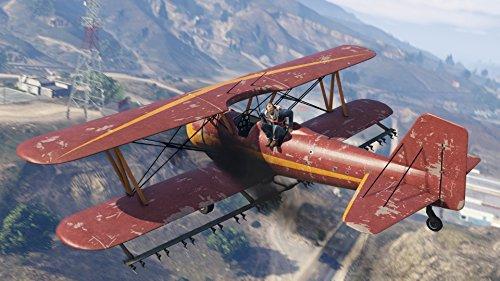 Audio
The soundtrack within this title is huge and varied. Sure, there are bits of original music, but the radio is sure to be the first thought of most players, who will now be able to listen a ton of new licensed songs for the game, ranging from almost every genre you could hope for. The voice acting hasn’t changed, but it really didn’t need to. Every actor (and actress alike) do a fantastic job conveying emotion, and seemed to actually care about the part they played. I am still on the fence with Trevor as I hate his character, but I think that is rather intentional. I enjoy witty dialogue and humor, but his one-liners still seem to appeal to the lowest common denominator of gamers, yet still feels realistic as I can name about ten different Trevors I have personally met over time.

Overall
Grand Theft Auto V is old news to some, but Rockstar did this remake of sorts exactly the way one should be done. There is easily enough content and new features within the game to warrant a purchase or a re-buy, and that is something we don’t see too often. Forget about one coat of polish and a new gimmick you’ll forget about in one day (I’m looking at you Sleeping Dogs, Tomb Raider, Injustice, ect), as this title from a prior generation nails the art of the port perfectly, and as a result, players will be able to experience the same great game all over again and feel like they are stepping behind the wheel for the first time. Los Santos was already a great place to explore and get lost in, but now you have a reason to book a trip back as this title sets a new standard for not only the sandbox genre, but for the industry as a whole. In other words, if you make a billion dollars on a game, give back to your fans like Rockstar has with this release, as you’ll not only be more loved for it – but you will also be carving out a legacy that all remember.