Developed exclusively for Playstation 3 by Santa Monica Studios, God Of War III is the final instalment of the multi-million unit selling trilogy. 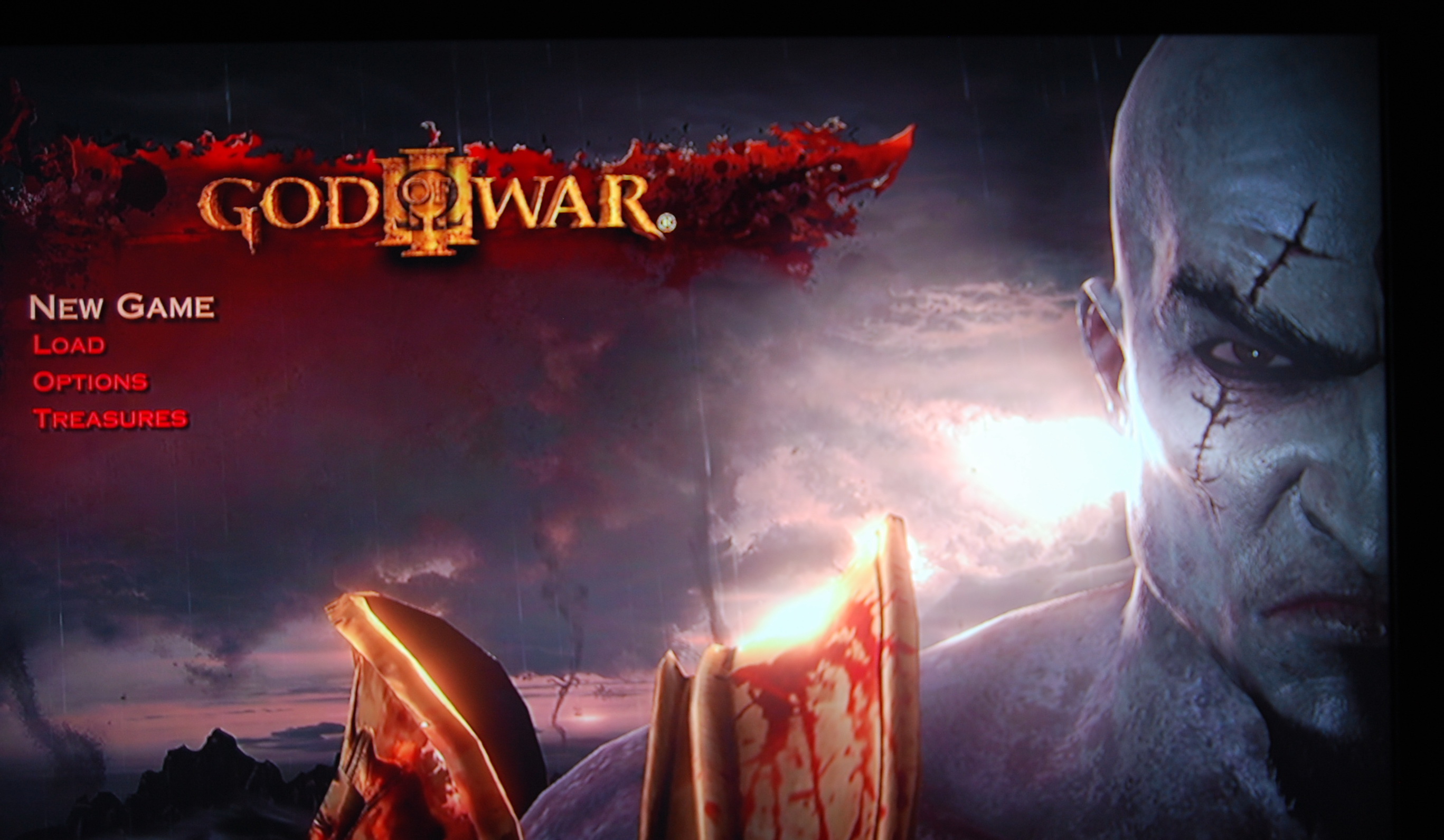 Set in the realm of brutal Greek mythology, God Of War III is a single-player game that allows players to take on the climatic role of the ex-Spartan warrior, Kratos, as he scales through the intimidating heights of Mt. Olympus and the dark depths of Hell to seek revenge on those who have betrayed him.  Kratos is armed with double-chained blades and an array of new weapons and magic.  Along the way Kratos must take on mythology’s darkest creatures while attempting to solve puzzles throughout his quest to destroy Olympus.

God Of War 3 visually will amaze players new to the series with fantastic image quality and visual effects, as well as brutal combat and intricate puzzles that have becomes the signature characteristics of this franchise.  Playing as Kratos this time around you will get to explore areas up to four times larger than those found in God of War II, with ground breaking new depth of scale.

We find Kratos kicking things off riding on the back of Gaia as she climbs Mt. Olympus.  The action is crazy straight off the bat as the player is introduced to the action and given abrief tutorial instructions on how to attack, dodge, grapple, open chests etc.  It’s not very hard to get acquainted to the controls and movement.  For everyone that have played the previous God Of Wars and understand the story you’re in for a great ride in the opening chapter, for the new comers it will be a little confusing but don’t let that turn you off as it’s an amazing experience. 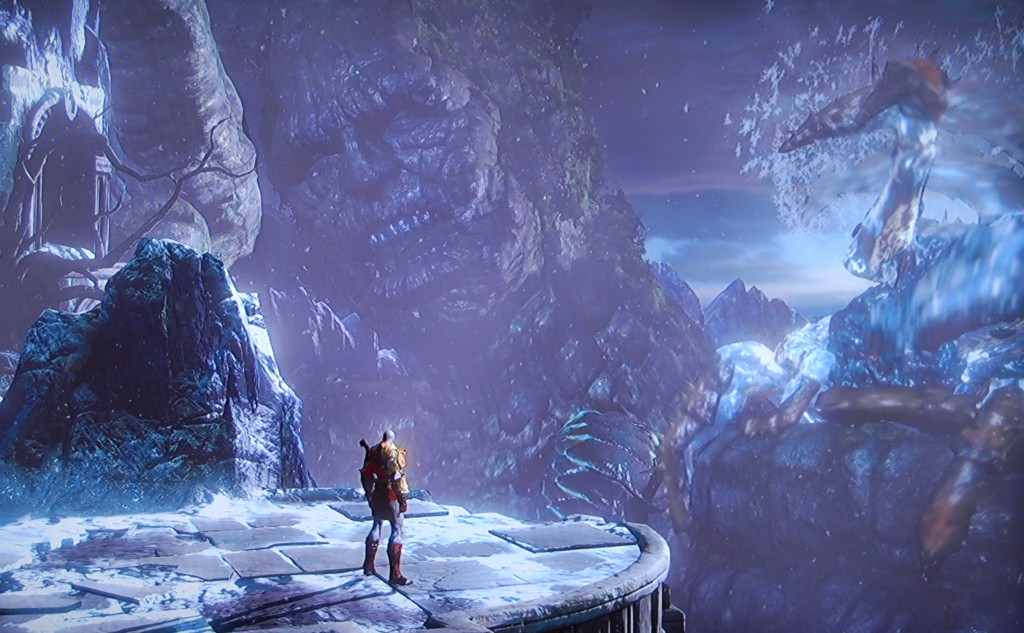 As we all know Kratos is driven by VENGENCE !!! Simply put.  His plan this time is kill Zeus the king of the Gods and anyone that steps foot in his way.  The opening chapter of the game will have Kratos taking on the God of the SEA Poseidon.  This is just a little taste of what’s to come in the later chapters and boss battles.  Honestly this boss battle is something you’d expect to see at the end of a game but you get to do it right at the beginning… with a battle this epic at the beginning of the game you can only imagine what the end battle will be like 😉 Sorry no spoilers here.  But expect it to be EPIC !!! 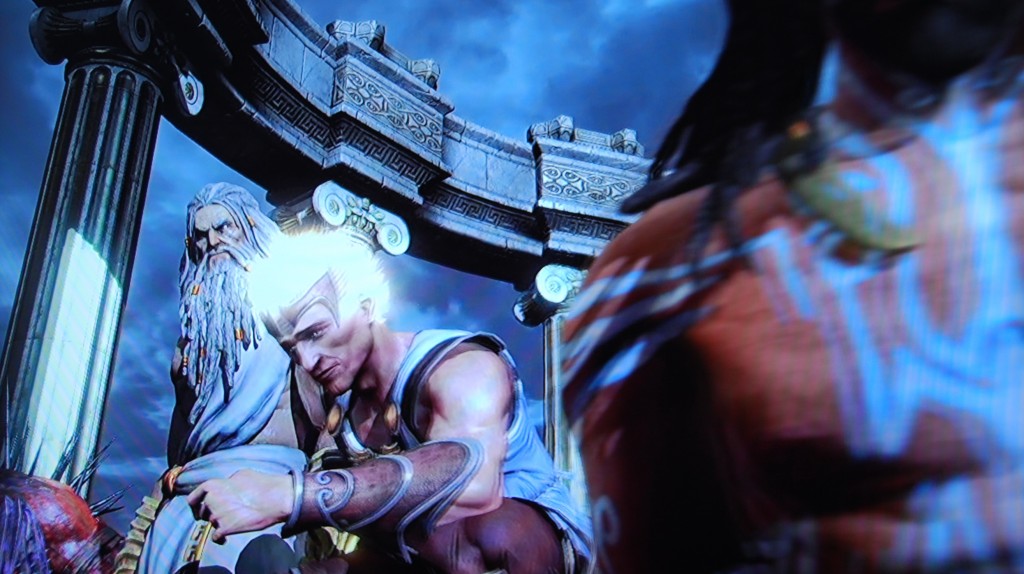 Graphically God of War 3 is outstanding, it has an interesting mix of realistic and cartoon feel to it.  The game relies on its in-game engine for most of its cut scenes.  It’s a great choice. Santa Monica Studios have created a new High Dynamic Range Lighting (HDRL) technology that has to be seen to be believed.  Kratos’ sight will emulate the human retina, causing players to feel a sharp brightness when Kratos exists a dark area and enters a sunlit area, similar to the human eye.  Along your quest of chaos and destruction you will battle in detailed and unique 3D worlds, lit by thousands of dynamic lights and textures with four times the resolution, allowing for realistic muscle striations and detailed facial expressions.

Gameplay is perfect with the emphasis on intelligent use of the weapons you have on hand means that not all battles end in the same way.  You will not be able to rely on just one weapon as all of them deliver so many varied combat options.  Kratos has also acquired a new blade called the Blades of Exile, they are very similar to the Blades of Athena, the Blades of Exile are a pair of hooked weapons that have the ability to summon magic powers.  You also have Gauntlets which are made for delivering hard core close combat damage and there are also the electrified swords which work wonders for stunning your enemies.  All these weapons can be mapped with the directional pad which makes it very easy to switch between weapon to weapon and execute some crazy combos and most importantly spectacular deaths. 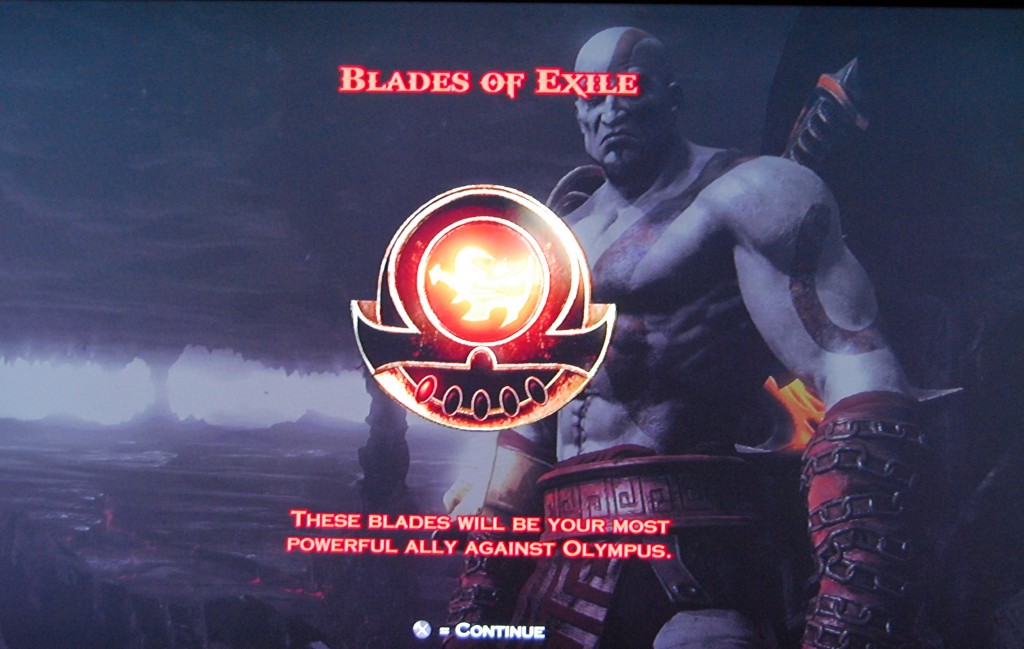 Combat is actually very intense, playing it on anything other than easy level will make you build up a good sweat as you’ll need to concentrate and keep focused to take down enemies and especially bosses.  One good thing is the boss battle checkpoints,  which have been added to the start and also end of the fights.  Along the way to break up the endless destruction and chaos there are some really challenging puzzle gameplay, giving the player a bit of a breather.

Another nice touch to the game is the Quick Time Events, Santa Monica Studios have actually nailed this perfectly.  The button commands are placed on the edges of the screen, allowing the players to use their peripheral vision to watch for the QTE’s as they appear and allowing them to take in all the amazing visuals and fantastic cut-scene that traditional QTE’s ruin as commands appear in annoying spots and also have players searching the screens for the next event to appear.  I personally think its brilliant and I hope other developers try and implement this moving forward.

One other cool feature is the gesture based controls, similar to Heavy Rain’s control system. Using the right thumb stick to perform half circle movements when battling specific enemies.  It’s a nice little change to the action and also the QTE’s.  It might get a few new comers by surprise at the beginning but after a while it’ll all become second nature. 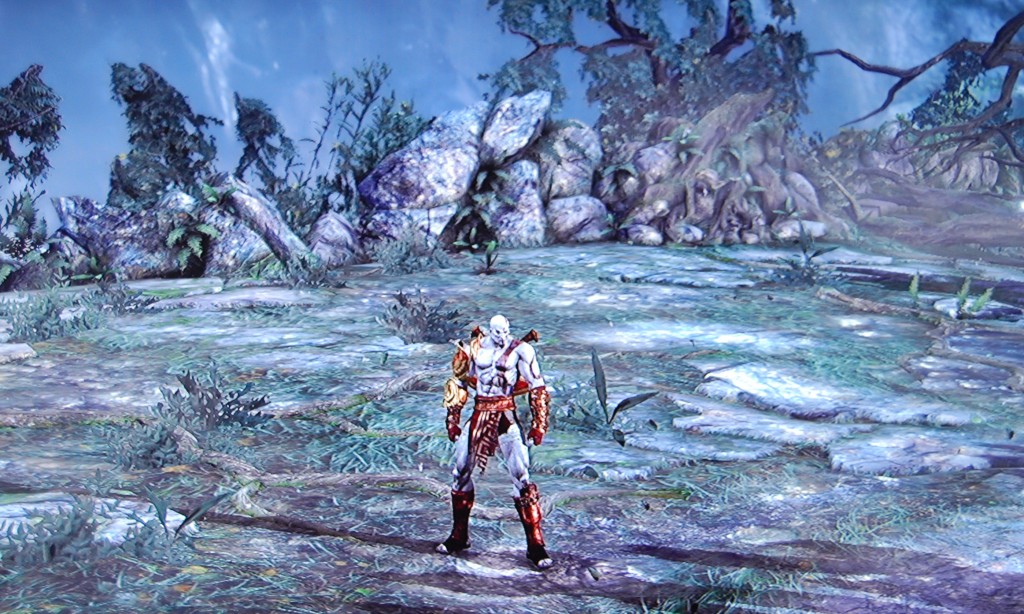 NOW … my only big concern I have with God Of War 3 is the fixed camera, once again Santa Monica Studios have stuck with this and its perspective sensitive controls that will move the camera to the correct spot once you move to a specific location.  Now most of the time it’s not that bad but there are moments where you’re looking for hidden items/chests that would of been very easy find if you could of just swung the camera around yourself to locate them.  The camera also affects certain things when your attempting to interact with the game world such as when you’re standing in front a chest trying to open it but you’re not in the EXACT spot for it to allow you to open it with the R1 button.   This could be a real pain when you’re going for a health chest half way through an intense boss battle. 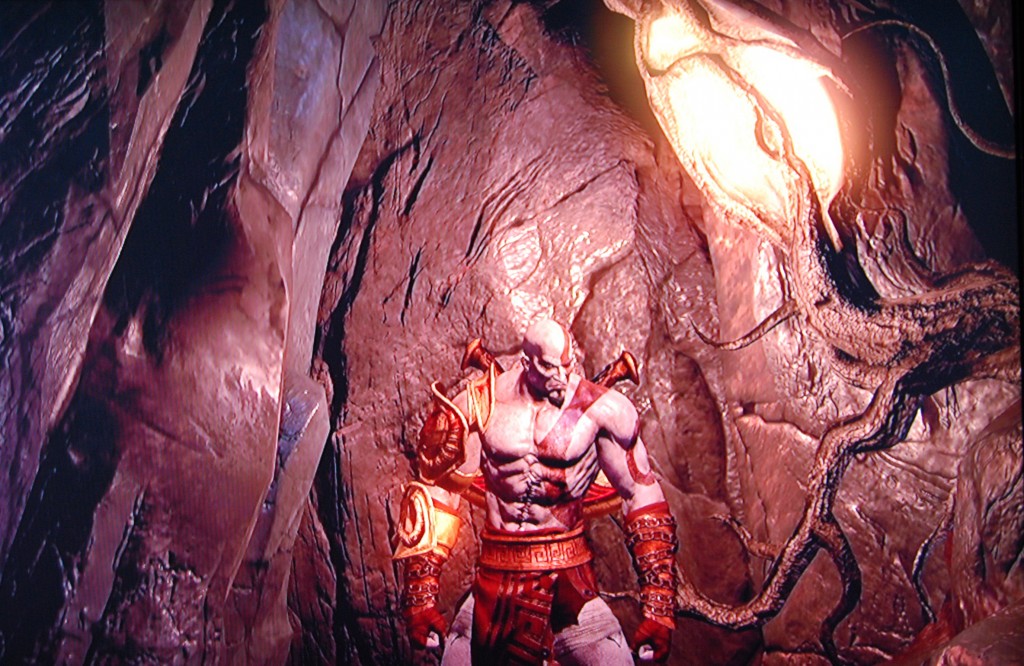 These little issues barely even scratch the surface or leave a mark on the overall game play of God Of War 3.  The game delivers everything that you would expect it to deliver and more.  It’s got epic battles, a truckload of chaos, mayhem, blood gore and destruction, and a storyline that completes the final chapter of this magnificent trilogy.  If you a fan of God Of War and even Greek Mythology this game is a MUST and you’d be completely crazy not to get it.