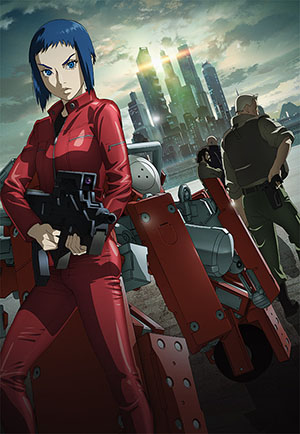 Overview
Ghost in the Shell is recognised as one of anime’s greatest science fiction hits, born from the gritty era of the mid 90s. Practically fundamental on the list of many veteran anime fans, it’s understandable that when Production I.G. announced a brand-new prequel series people were skeptical. Surely GitS was done and dusted, that such a gem could hardly be replicated in today’s world. “Oh it can,” said Production I.G., “you’re getting a prequel and you’re going to like it.” It certainly didn’t help that once we saw the new animation and character design, fans began to worry and almost rightly so. The new designs are a huge departure from the original look and feel of Ghost in the Shell. But are they any more than aesthetic changes? 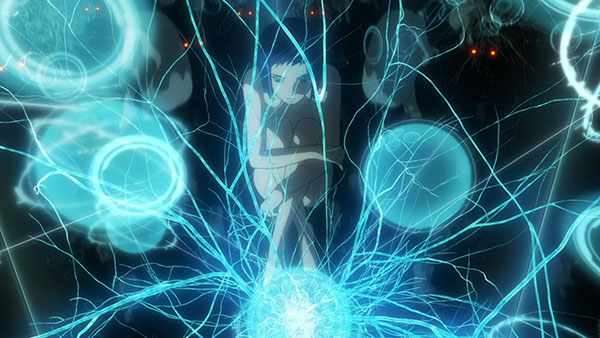 For the uninitiated, here’s the rundown. Bear with me. First published as a manga in 1989, it received a film by Production I.G. in 1995 (later remastered as 2.0) followed by an alternate TV series known as Ghost in the Shell: Stand Alone Complex and its second season, 2nd Gig. Both seasons received feature-length OVAs before Solid State Society, a TV-film sequel to Stand Alone Complex, was released. Confused? Good, because this is yet another entry to the franchise. So how does the first of the new four-part OVA series fare? Find out below.

Story
Although Ghost in the Shell: Arise is set two years before the original film, it should be considered more of a reboot. Now this is perfectly fine as GitS has been rebooted before and was hardly cause for complaints. Arise aims to tell Major Mokoto Kusanagi’s back story of how she joined Public Security Section 9 and met her future colleagues. While it is the “beginning” of sorts, it still manages to throw the viewer right in the middle of an event we have little clue about. Kusanagi’s senior officer and mentor has been murdered, and the full-body cyborg must go on a trail of clues to find out exactly who did it. 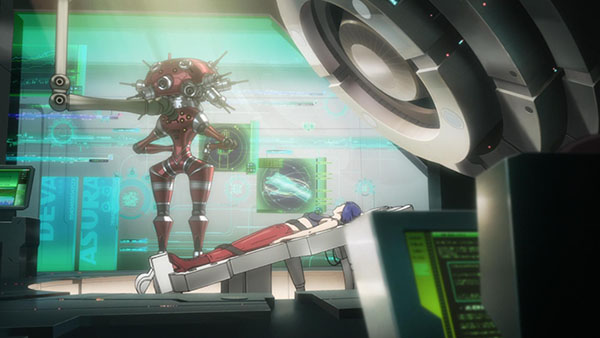 Long-time fans will be glad to know there is nothing to fear in the narrative of Arise. This is pure Ghost in the Shell material complete with a twisting storyline, confused cyborgs and intense action scenes that will make you all fuzzy again. By chance, the Major bumps into familiar faces all trailing the same murder case as she agrees to cooperate with Section 9. Not everyone will be satisfied with the changes in Arise. Those that loved the surreal direction and decrepit atmosphere of the original will have to get used to the more orthodox and sterile nature of Arise. The deep, philosophical themes have been toned down in favour of a more practical approach that suits the modern pace of anime these days. The moral questions surrounding cyborg brains and prosthetic bodies are raised in the process of things happening, rather than drawn out introspection that would be awkwardly out of place here.

The first episode of this OVA series introduces the intrigue of the political and military sphere Ghost of the Shell, along with the corruption and dirty arms deals that naturally go with these elements. I probably say this often with gritty action anime like Ghost in the Shell, but it’s always refreshing when we get a show that takes itself and the world it depicts seriously. 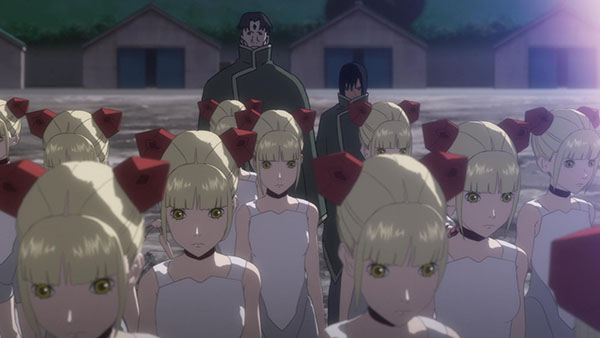 Visuals
Ok, so while most of us expected a solid, fleshed out story (we dared Production I.G. to do otherwise), the biggest concern was the animation. It’s certainly different. Compare the screen shots here with our review of the original Ghost in the Shell 2.0 movie. This is pretty much a reboot in all sense of the word, scrapping Mokoto’s original looks in favour of a smaller, more lithe character. She’s still the iron-tough tomboy that we’ve grown to love, though. Aside from the modern designs that lack the shading of classic handrawn anime, Arise is still incredibly detailed. As it should be, being an hour-long episode with a high budget. CGI looks great and is used cleverly, a far cry from its awkward implementation in previous entries of GitS. 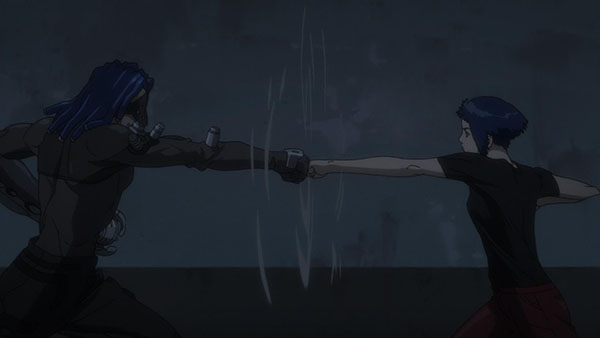 It’s not just the character design that has been overhauled. The iconic Newport City is drastically different. No longer the dreary, cyber punk dystopia marred by pollution and an orange tint. Newport is now a fairly clean, typical near-future city with blue skies. This new art direction is not just a sign of the times as it’s clear that the atmosphere has taken a backseat to everything else. Which isn’t a problem for most viewers including myself, because Arise needs an intriguing, purposeful plot and succinct but powerful action scenes for it to succeed in its OVA form without the depressingly arty exposition which was a lauded hallmark of the original film.

Audio
Being a feature length OVA episode, you can expect almost-theatrical production standards in its sound design. That’s almost the case here with a subtle sound track that knows when to stay out of the way and when to jump into a fight scene and pick up the pace. Plenty of attention has been given to sound effects, with guns, kicks and little nuances all helping lift Arise above a standard, episodic series. Stellar Japanese voice-acting rounds the package off and we can only hope an English dubbed version is released in the future with a great cast. 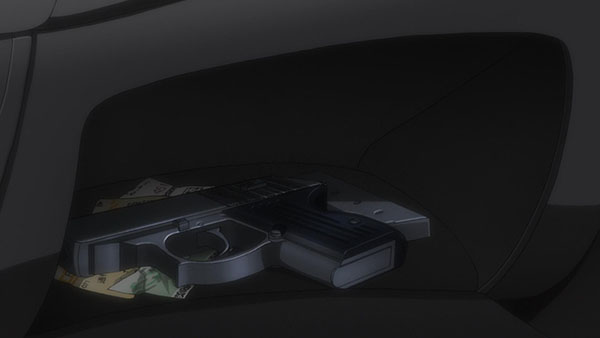 Overall
Ghost in the Shell: Arise – Ghost Pain has the unfortunate role of being episode one, mainly tasked with setting up the story for the imminent follow up episodes which will hopefully raise the bar further. It manages this with ease by including a complete story, the murder case, from start to finish while developing Mokoto as a young, still mentally inexperienced Major. It’s hard to find real criticism of Arise. The first episode is exactly as it should be. It isn’t the death of GitS as some detractors proclaimed, quite the contrary, but on its own it isn’t a remarkably stellar sci-fi hit either. Not yet, anyway. It’s true potential could possibly lie in the coming episodes.