As a kid I always loved those Choose Your Own Adventure books. Making a decision and flipping through the pages, and if I was killed then I just flipped back to where I was and picked the other option. Unfortunately this cheating option isn’t available in Gamebook Adventures, but that doesn’t mean that the app is any less awesome or evokes any less nostalgia.

I have to admit, having that much reading presented to me in a game required a bit of adapting. But, as someone who more than enjoys a good book, I adjusted quite happily and found myself just as – if not more – sucked into the storyline than with other games. I regard stories very highly in games, it’s the difference between me being invested in a game and putting it aside after a couple hours of gameplay. So, for a game that is pretty much just story, it was like my dream come true. But in a very tentative way. After all, there has to be a very exact balance to master the art of intense storytelling with no real animation without it getting to dry and boring for the player. But I do believe that Gamebook Adventures masters this, so long as you’re cool with reading. I have to admit, even for someone who loves reading, it was a bit of an adjustment. 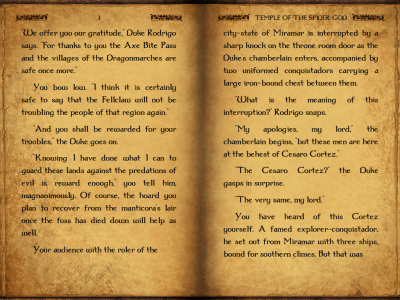 There are three difficulty settings, novice, bookworm and classic. As always, classic is the most difficult, designed for those who really know what they’re doing, while novice is for beginners who have never played Gamebook Adventures. As someone who hasn’t played the game before, I found novice an easy introduction with it and was easy enough to pick up. 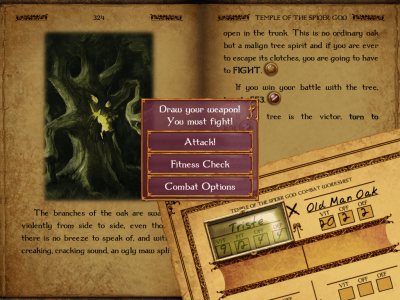 In the start of the game you roll for your character skill, and you better get used to rolling for things because apart from the story line, that’s pretty much all you have going for you. You will encounter several times where you have to roll in order to decide your stance in a fight, your fitness level, and of course the damage you deal and your defense. 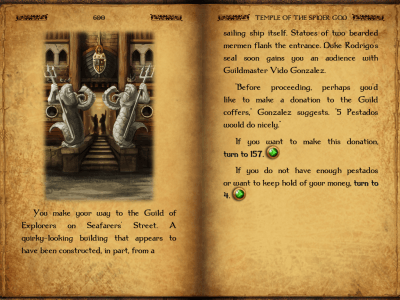 The tutorial for how to do things is in the menu, but as one of those people who doesn’t read instructions unless they are right in front of me, or crucial to finishing things decently quickly (hello IKEA), I decided I could probably get away with just jumping in. It took a little while for me to actually understand what was going on with the dice, but it is all fairly easy to derive anyway, as it is logical. And hey, if you don’t wanna know the rules then you can play like that too, and just wait for the little message that pops up to see what’s happened. It’ll add a little more suspense to the game. 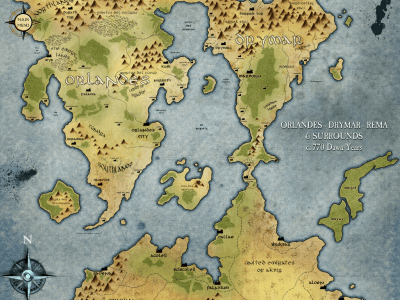 There is that little annoyance of not being able to flip back like old school physical Choose Your Own Adventure books would allow. Particularly if you have just died. That’s never fun. I got through to right near the end of the game only to kick it when some giant spider dominated me and found myself staring at the start of the story again.

Now here are two ways you can take this. Either you have a little spaz attack, throw aside your mobile device, and hate the game forever. Or you take it as a way to re-explore some of the other parts of the story. Sure, it’d be nice to be able to skip ahead and start from a certain point, but hey you can’t have everything. 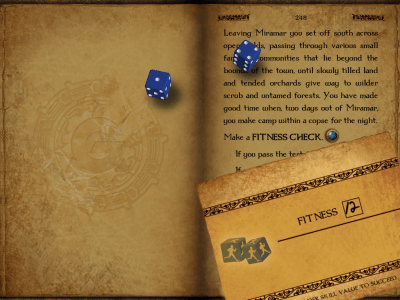 There isn’t a whole lot to Gamebook Adventures visually. There’s the book pages and the occasional picture – which are beautifully drawn and totally match the old school book visual. Apart from those two elements, there isn’t really much else to be said about the visuals.

The soundtrack sounds like it belongs to Lord of the Rings, or some other epic fantasy film. Especially during fights, the suspense and the pacing of the track made me feel like I was totally ready to take down an ogre or whatever. Of course this feeling doesn’t last that long, since the soundtrack isn’t super varied, and after a few rounds of epic battles you may feel it’s time to quieten the background music.

Gamebook Adventures 7: Temple of the Spider God is a great adventure story, which makes you feel like you’re halfway between reading an e-book and playing a game. As someone who loves a good story, it was a great experience for me, but for those who prefer their games to have action and animation, and all that, then perhaps look elsewhere.