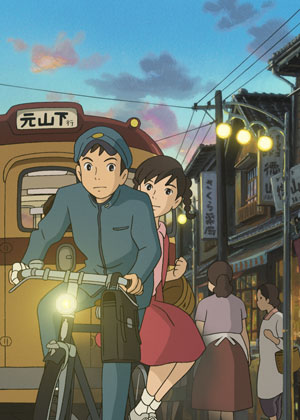 From Up On Poppy Hill is the latest film from Hayao Miyazaki’s son, Goro Miyazaki. This film follows the story of a school who must fight for the protection of their precious Latin building which houses many of the schools club houses. Most predominantly of these is the literature club’s club house which prints the schools newspaper.

This is mostly a story of overcoming odds to achieve something significant. However, there is a romance element that looks like it’s going one way before the director wusses out on it. Why does he do this? Nobody knows. Read on to see our full impressions of the film appearing at REEL Anime this year. 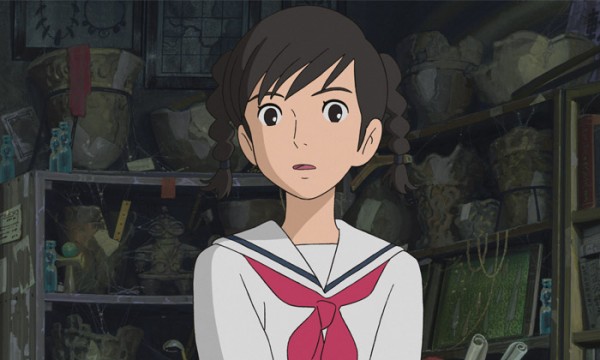 From Up On Poppy Hill is the story of a couple of students attending the same school that fall for each other due to certain events occurring. Really, there isn’t all that much to the films storyline other than that. Sure there’s the huge sub-plot of having to save the literature clubs old Latin building from certain destruction.

In fact, I actually found the second plot point to be the better of the two within this film. For some reason, having characters working towards something and seeing them making successes at it was much more rewarding than seeing a couple of characters engage in a forced romance. What was incredibly awesome with this plot point was that there were some very specific hurdles that had to be overcome before the characters could advance. And this isn’t just in reference to the main characters, but to every other character within the film. Even the minor ones. 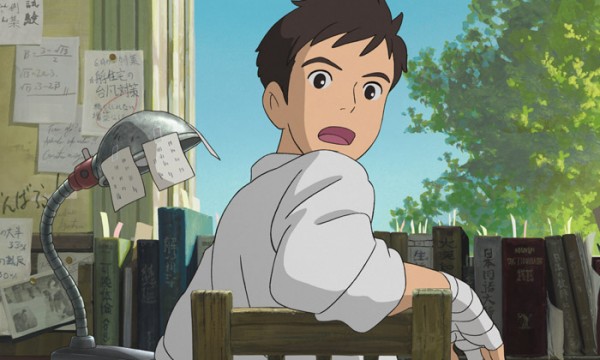 What I really didn’t like about this film was the forced relationship plot-line. The entire thing feels like it was set-up to fail. Initially, I just thought that this would be due to it being poorly written and shallow, but no, the writers added some really odd plot points – plot points that could have been interesting had they not backed down on them – that just ended up enhancing the forced drama aspect of the relationship. Heck, you don’t even once see the two characters that are in love do anything romantic together and then all of a sudden they’re acting as if they’re together even though all you’ve seen is them being awkward with each other. Do you want to know what a more believable relationship in the film looked like? Two of the sub-characters being together. You only caught glances of them, but it was clearly evident that something was happening.

The story just feels like the director wanted to tell his incest story, but then backed out at the last minute. As a result, the entire arc feels weak and forced to build up a level of drama that never existed in the first place. Watch the story for the success of the Latin building, but not for any kind of deep or emotional relationships. 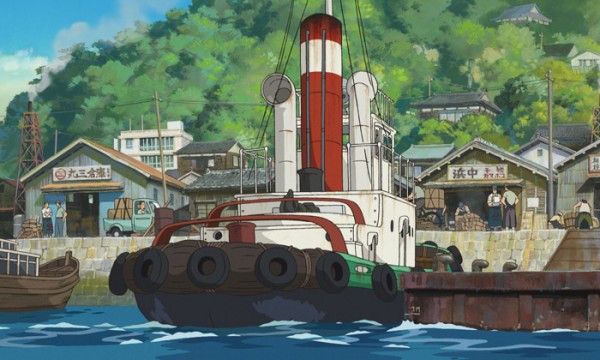 From Up On Poppy Hill features some pretty fluid animation and carries the signature Studio Ghibli style. Some people may be put of by the style that Ghibli carries, others may not. I’m personally on the side of not as I’ve grown up watching Ghibli films (Laputa!) but I can see why the modern anime fan can be put off.

Where this differs from most other anime films is that everything seems much more cluttered. There are a bunch of scenes where it just looks like things were pushed together stylistically on purpose to carry some kind of visual theme. This is most evident when three of the main characters visit Tokyo to try and convince a powerful figure to stop the destruction of their Latin building. There is just so much clutter everywhere, it’s almost claustrophobic in it’s tightness. Maybe it’s meant to be? It feels more like a stylistic accident than something intentional though. 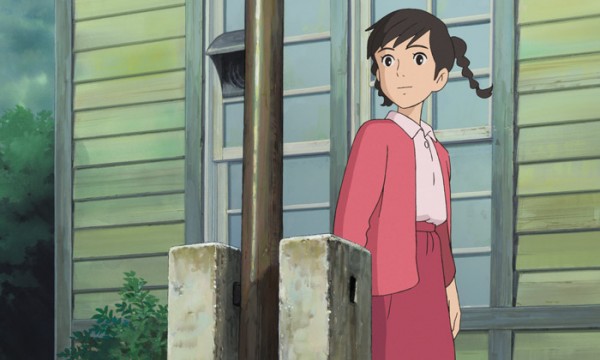 However, the art style and detail does not detract from the film in anyway. In fact, it only enhances it. I know this probably reads as me really disliking the visuals, but to be honest, they were actually something that enhanced my enjoyment of the film.  I don’t know why, but I guess I’m just a bit of a sucker for style.

The audio in this film is actually pretty good. Once again, as this is for the REEL Anime festival, the film was shown completely in Japanese with subtitles. However, I didn’t have any issues with reading and watching the film simultaneously. 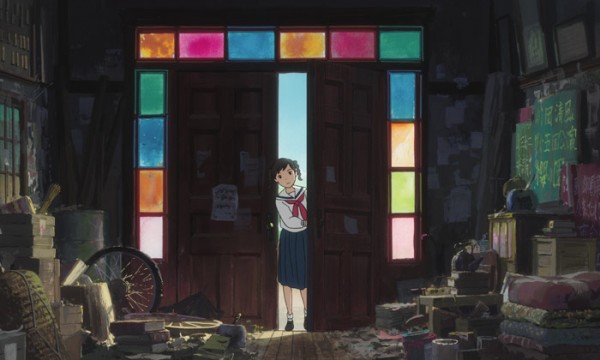 I found that the dialogue was never really inaudible or being overwhelmed by the background score, which is incredibly important for a film like this one where the dialogue is an amazingly important factor. Each of the characters sounded like the kind of character they were representing. For instance, there wasn’t really a weak looking guy with a deep and foreboding voice.

However, there were a few things I didn’t like about the audio of the film. Most predominantly of these is the song that the film opens with. I mean, why is this girl (that is fundamentally a slave) singing so happily about? Not only that, the song was actually quite irritating as just a song. And this coming from someone who generally enjoys Japanese styled music in general.

From Up On Poppy Hill seems like it was a story about one thing but the director wussed out at the last minute. So instead we now have this film that feels like it was a little cheap and pulled us into this fake drama that was needlessly created just to give the audience some feelings. However after you can see where the drama was switched out, you just feel cheated and abused. The sub-plot is the only worthwhile storyline in this film and pretty much saves it from itself.