G’day everyone.  MasterAbbott is back for another one of his Limited Edition UNBOXINGs.  I love unboxing stuff !! 😉  Today we have the newly released Square Enix RPG masterpiece Final Fantasy XIII.  The unboxing was done with the XBOX 360 version of the game.  There is practically no difference between the XBOX 360 and the PS3 apart from the number of play discs.  Playstation 3 has everyone on one Blu-Ray disc, where as the XBOX 360 the game is on THREE dics.

Check out the video review below

Image of contents (image is from PS3 version) 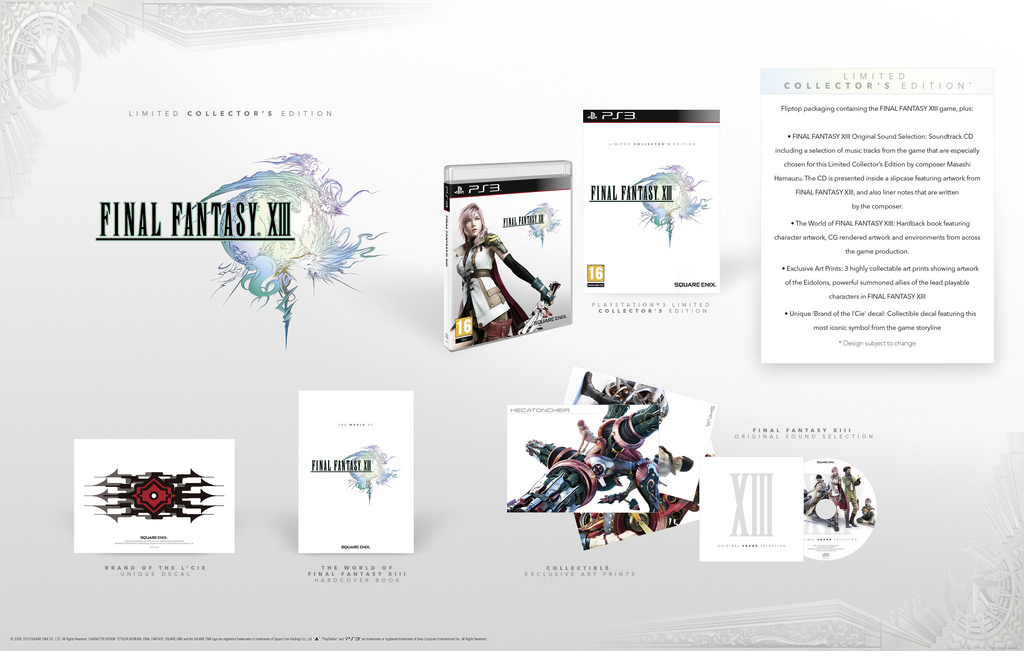 The Final Fantasy XIII – Limited Collector’s Edition is priced at $139.99 AUS which as always is WAY WAY TOO Much compared to what the rest of the normal gaming world pays for video games.  So I have to say that unless your a true Final Fantasy fan I wouldn’t recommend.  If you just want to play the game then stick to the regular edition for a far cheaper price.

Purchase only if your a true Final Fantasy fan and want the extra little things such as the sound track and Story of Final Fantasy collectors book.