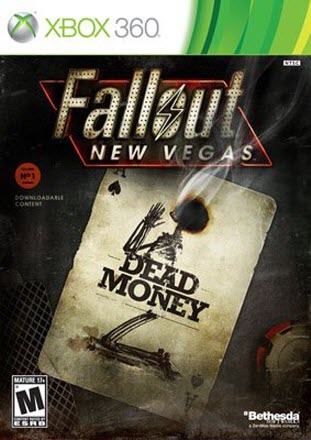 Overview:
Fallout: New Vegas released back in October and introduced players to the Mojave Wasteland. There were countless things to explore, hundreds of hours’ worth of quests, plenty of new and old enemies to kill and an entirely new storyline to embrace that had multiple ways to finish it. As with its predecessor Fallout 3, Fallout: New Vegas has received its first installment of DLC called Dead Money. Does Dead Money live up to the New Vegas feel without tearing players out of the experience?

Story:
The Sierra Madre was to be the pinnacle of all casinos, with a lavish villa below its towering walls. Then the bombs fell and everything changed. Now all that is left is the mysterious treasure that is supposed to lay within the Sierra Madre’s vaults, that and a poisonous red cloud threatening to kill everyone who comes close to the casino hoping to plunder its treasures.

Now the courier has picked up a radio signal on his Pipboy exclaiming the wonders of Sierra Madre and is quickly given a quest to investigate said signal. This leads him to not only being gassed and dragged away to the Sierra Madre, but you lose every single one of your possessions (minus some Misc. items) in the process. To make matters worse your life is no longer your own. 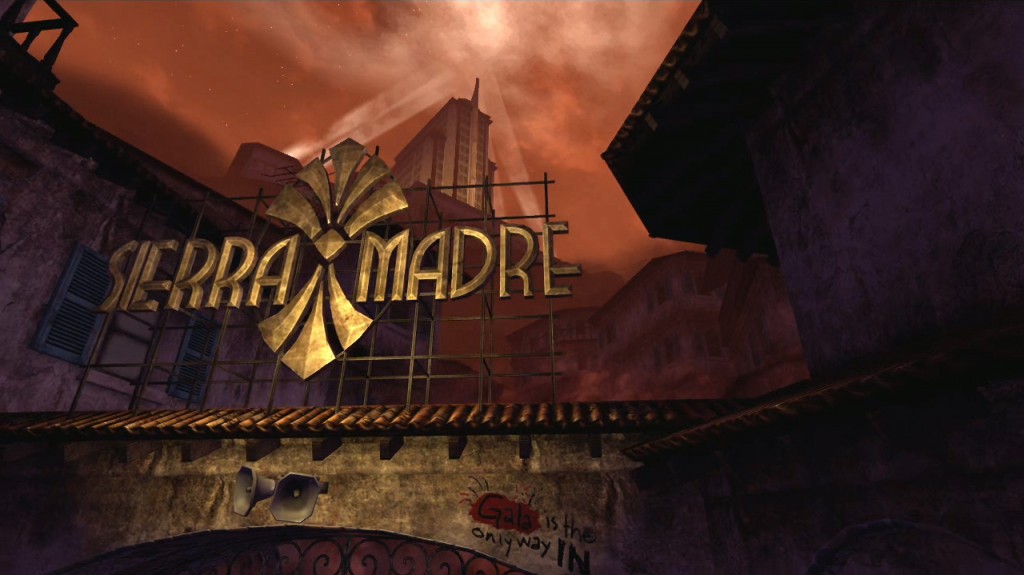 You are given a mission by a mysterious man named Elijah to gather three others who he has captured in the past. The only problem is that you are now wearing an explosive collar that will detonate if you disobey him at all. Plus these three others are tied to your fate, meaning if one of you dies, everyone does. The three new companions introduced are Christine, a mute Brotherhood of Steel member, Dead Domino, ex-singer turned ghoul, and a Nightkin called Dog… or God depending on your choices.

Now these new companions each have an interesting back story to them and the player can delve into their histories if they have the required stats. The choices that you can make involving your comrades are diverse enough that you can easily turn them into your friend or your enemy. The different ways to interact with the mute Christine and the multiple personalities of Dog/God are worth delving deeper into regardless of how you view them. The story itself is quite interesting as players not only find out the history of the ill-fated Sierra Madre, but its designer and occupants as well. There has been a lot of attention paid to the crafting of this storyline and is a worthy experience for those who are willing to take the time and discover its secrets.

Graphics:
The Sierra Madre’s villa is interesting to see but unfortunately there are a lot of the same things to see. As you explore the outside of the Sierra Madre to collect your different companions you will notice that practically everything looks the same. The hallways and buildings vary only slightly and there are instances where you can become lost simply because everything is the same looking. 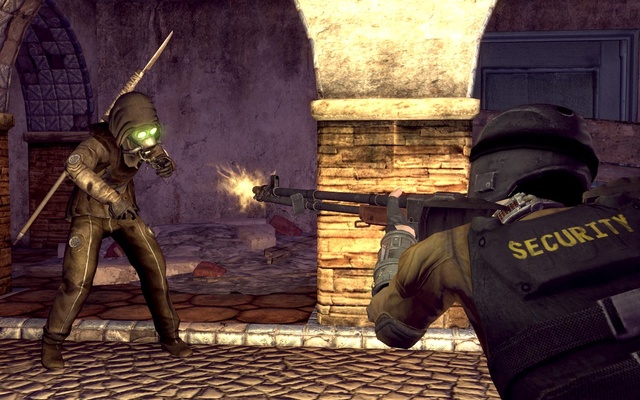 The new enemies that have been added also all appear the same, Ghost People they are called. The story does somewhat explain the reasoning for their appearance but it would have been interesting to see more new enemies added into the mix. Sure they have small differences such as wielding different weapons but that is all. Also there are holographic enemies (Ghosts) that are interesting to see, but the game handles them as a solid object which is a little strange as you swing your weapon at one and see stone chips fly off of them.

Another graphical issue that I experienced was the cloud itself. There is the constant presence of the poisonous red cloud in certain areas of the map. While the player can usually see these areas and avoid them if they have to I experienced issues of the cloud disappearing entirely only to have my player still experiencing damage and death due to over-exposure to the invisible cloud.

Gameplay:
As you wake up for the first time in the Sierra Madre you will notice that not only are you now the proud owner of an explosive collar, you are also the proud owner of nothing else. The loss of all of your equipment and healing items is explained and it also increases the challenge. Because not only do you have to worry about the Ghost People but the fact that you are in a poisonous environment. 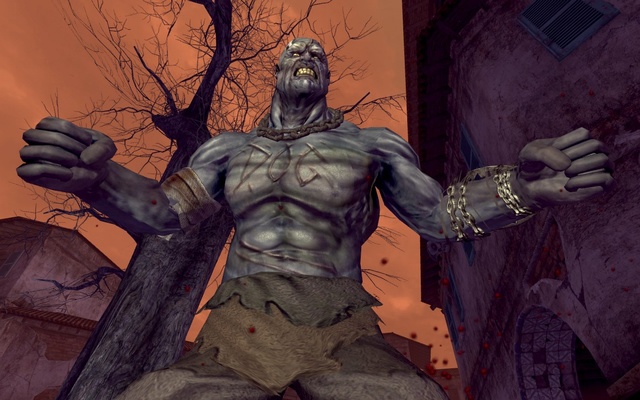 The game warns you initially that you should be around level 20 before you begin the DLC and this is for good reason because there are times that you will find Dead Money quite difficult. As you begin you start with barely anything, a Holorifle (new weapon) and just a small amount of ammo. The problem is that the Ghost People are more than they appear. As you encounter your first one and happen to defeat it, you will notice that instead of being killed they instead fall unconscious. To finish them off you must either blow their body parts off, disintegrate their bodies, cut them apart, or have your companion Dog eat them.

There are more obstacles in your way however, as I mentioned before you have the poisonous cloud to contend with which blankets areas of the Sierra Madre and does damage to the player as they stand inside of it. There are rewards however by braving the cloud, as you can occasionally find hidden stashes of gear that is direly needed. Speaking of gear there are a few new weapons such as the Cosmic Knife and Knife Spear, they aren’t exceptionally strong or interesting looking however but are useful for chopping up Ghost People.

That isn’t your only worry however as you explore the Sierra Madre and the villa below. Remember that explosive collar wrapped around your neck? Well there are also radios and speakers placed around the Sierra Madre and the villa that can set it to explode as well. These are treated more as environmental hazards and traps. The reason for this is that when you grow close to one, your collar beeps whenever you are close enough to trigger your collar. They can be either shot or turned off (radio only) but there is a special type of speaker that has armor plating. These speakers add tension to Dead Money as you never know where they could be…. unless of course you use your environment for a clue. 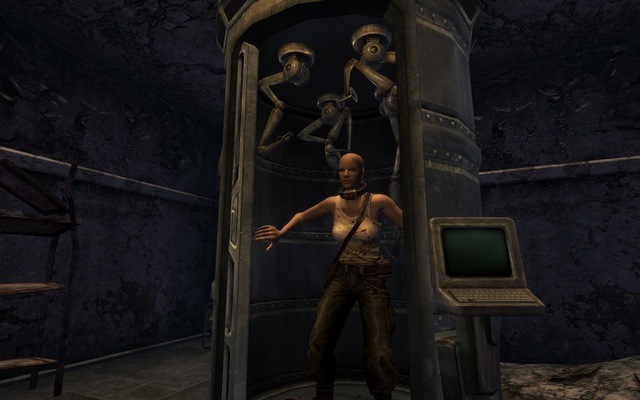 Overall:
Now Fallout: New Vegas Dead Money may not have added a whole bunch of weapons or enemies but it does have plenty of other things to offer. Besides the raise in level cap to 35 there is an intriguing story hidden inside of the always similar looking ruins of the Sierra Madre. Plus the companions you come across to accomplish your mission have as much, if not more, in-depth of a backstory as companions from the main game. There are even some hints as to what the next DLC could be about hidden if you look hard enough. The intriguing storyline and companion characters are more than worth the price of admission to the Sierra Madre.