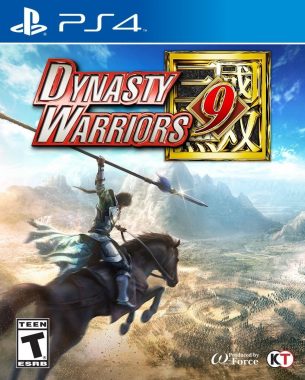 Dynasty Warriors is one of those franchises where the fans of it know exactly what they are getting. Most outlets that cover the titles simply treat them as average, run of the mill hack and slash entries that never get proper evolution, and for that alone – it seems Omega Force are ready to shake things up for Dynasty Warriors 9. With a new open world and plenty of fresh locales to visit, is this the change that critics have been waiting for? Let’s find out! 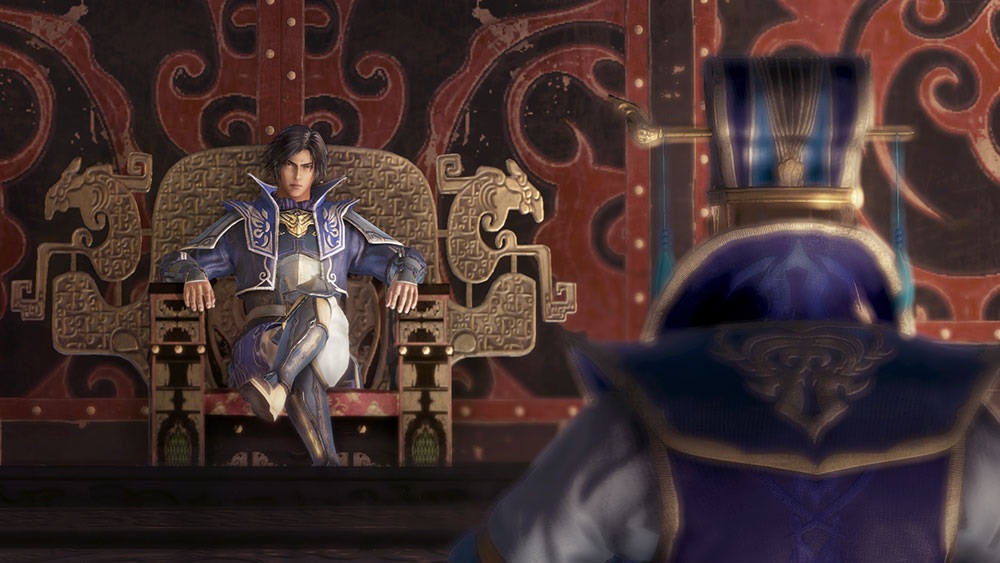 Despite all of the promised change for this installment, Dynasty Warriors 9 is rather basic when it comes to actual story. Covering the events of Ancient China, players run through the plot, where they are assigned missions to progress through a very one dimensional narrative. Sure, some may be familiar with this, but I still think that the whole lack of an immersive story is kind of where this franchise needs improvement. Is it suitable? Sure. The returning and new characters are fine as well, but do not expect to be blown away as the story within simply exists to give the game a sense of direction.

Yes friends, the gameplay. At its heart, Dynasty Warriors 9 is still the same hack and slash you remember. The objective remains to hack your way through armies, controlling portions of the map while tackling the in-game missions. However, this is an open world game now, and this version suffers incredibly due to how poorly that feature is implemented. Instead of the world being incredible and full of life, players must travel via horse or other methods to get to their destination. The biggest issue is that the terrain in-between starting point and goal is absolutely lifeless. The travel in Warriors is boring, and while there are small moments of excitement, the game never asks for exploration. There is no reward for curiosity, instead a spread out experience that suffers due to its lack of detail among the stretched out scope. 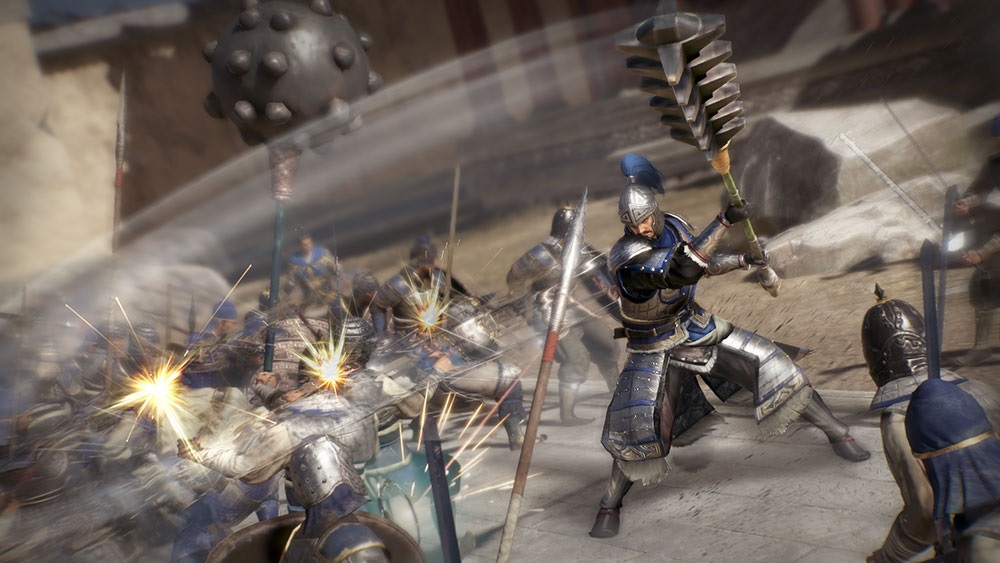 You see, the idea behind the large map is for players to infiltrate forts, clear out an army, and do it all again. The battles are fine once you are doing them, but the game doesn’t really handle its downtime well. The customization aspect works fine, but the new combat mechanics make weapons feel less unique compared to past entries, and in my opinion – the constant satisfaction of combat is where the Warriors titles got their fire. Now there is just too much space, not enough variance, and an odd feeling that despite the fact that I am now in an open world, I am still being pushed to just do the missions in tow, rather than anything that may take advantage of the large, open space. Sure, there are little objectives one can find such as a unit that can drop loot if defeated, but it all just feels too manufactured and dry to cause any excitement more than once or twice. 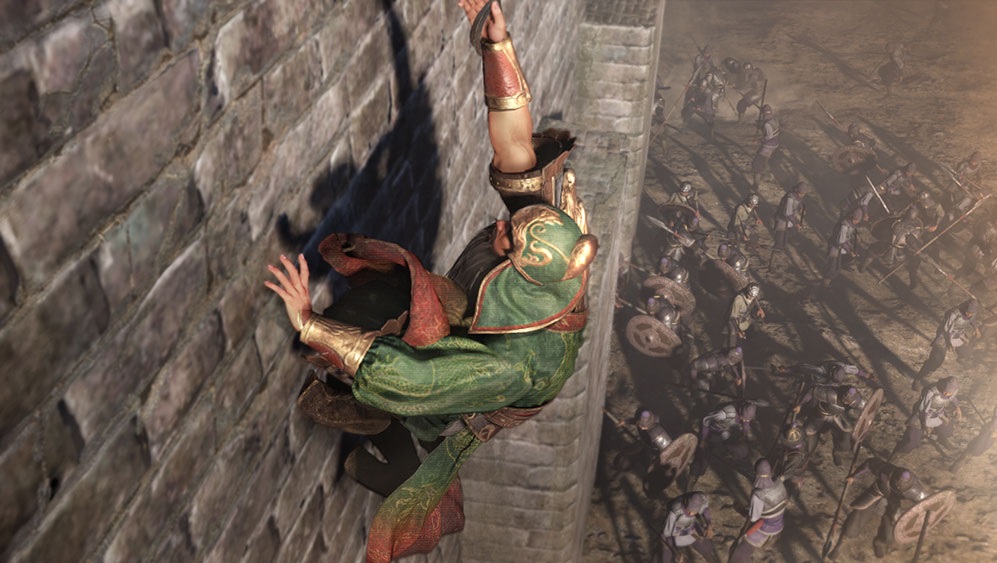 As for what works well, the small details in Dynasty Warriors 9 may be the finest features overall. Hideouts can be purchased, giving you a little area to fix up and customize with furniture and decorations. Characters within the game can be invited as well, adding a nice relationship aspect to the experience. There are also no more “charge” attacks, as that system has been replaced with Flow and React attacks, which honestly makes it feel like you are just hitting buttons instead of performing something special. That said, I really did not mind the change, and each character still feels different – so that will mostly come down to preference for longtime fans. Don’t get me wrong, despite my gripes about the open world, there is still a lot of game to love here, it just feels a bit lacking and confused compared to other franchises that made the transition in a more seamless manner.

Visually, Dynasty Warriors 9 is hit and miss. The character models are great. The world itself however is a bit drab, and not exactly that appealing considering you spend a good portion of your time traversing from one point to the next. Animations are amazing in this title, and each character’s own personality comes out due to the heavy amount of work that went into each attack. Sadly, the enemies need a bit of polish. While a lot of titles in this franchise are known for having random issues during battles featuring a heavy number of troops, this one struggles the hardest. Instead of seeing slowdown. Enemy troops now just vanish randomly, and there are times when everything just feels clunky and jarring. 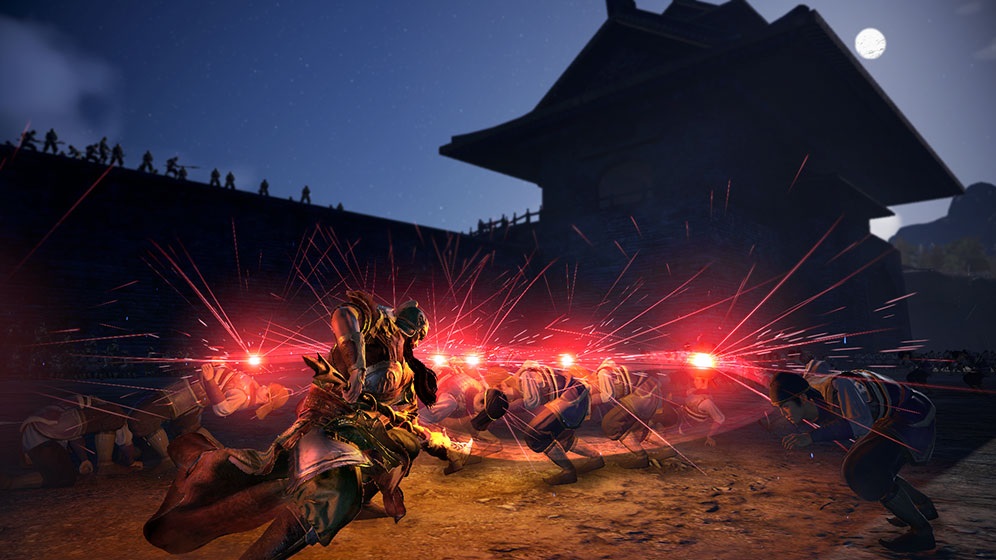 The sound is fine. While the soundtrack is nothing to write home about, the voice actors did a decent enough job to give the game that sense of cocky charisma. The little effects also sound great, such as individual weapon clinks and horse hooves galloping across the dirt below. There was a lot of effort put into making this installment feel like a giant next step, and this is definitely one of the highlights in terms of production. I do wish there was a bit more life added through the sound department when it comes to cities and towns within the game, but what is here is perfectly serviceable. 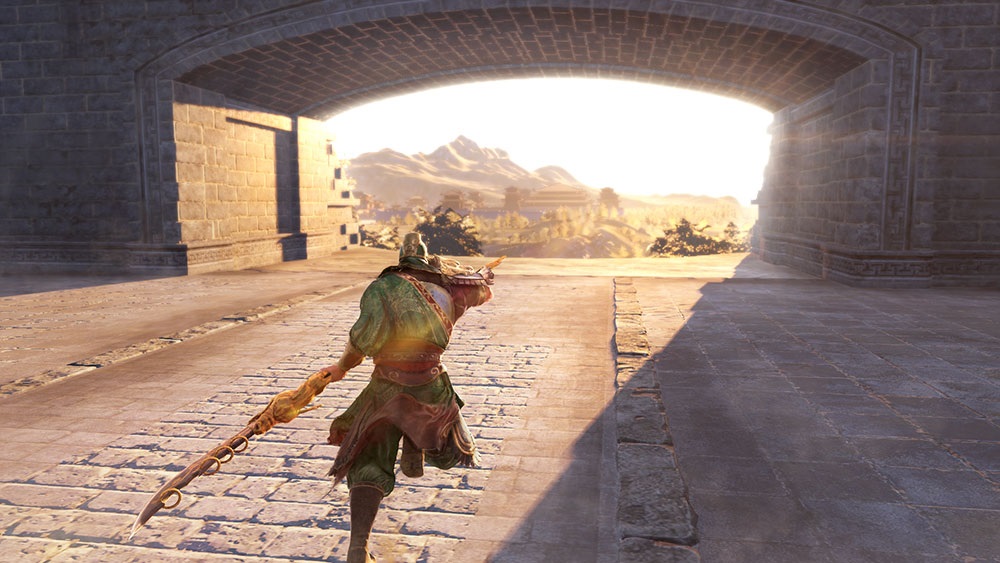 Dynasty Warriors 9 is the product of feedback and market research. Omega Force spent years creating games for their fans and I give them a ton of credit as they never changed their own formula to appeal to anyone other than their intended audience. This entry is trying to be Breath of the Wild, and attempting to tackle a market it has no business being in. There is a lot to love here for fans, but there is a lot missing as when this world was stretched out, not enough content went into all of that bonus space. It will always be ok for longtime franchises to try something new, and if you are looking for that – you will find it here. If you are a Warriors fan wanting a pure Warriors game however, this may be one title you should approach with an open mind and a lot of patience.

An Old Franchise Gets on a New Horse
6.5