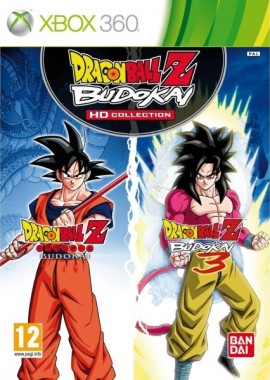 Still regarded as one of the greatest anime series of all time, Dragonball Z has seen more than its fair share of merchandising. From model kits, to trading cards to DVD releases, and a legion of successive video game titles spanning four console generations. Some of the most notable games were those in the Budokai series, which experienced massive surges in popularity upon release on the Playstation 2. Naturally, as a series about super-powered martial arts, the franchise lent itself to the fighting genre quite well. These games offered a brand new variety of fast paced fighting action that had not been seen in previous DBZ game releases, and ultimately set the stage for the creation of the many future titles.

Budokai is still fondly remembered as the place where it all began for DBZ games. The recent release of the Budokai HD Collection attempts to capture those memories once more, with both Budokai 1 and Budokai 3 now available on a single disc for modern consoles. To many, it’s a ripe opportunity to experience the series’ roots, and dissect them to see if the games truly were ahead of their time. So does the Budokai game franchise still stack up against its modern counterparts? Or have we, as an audience moved on? 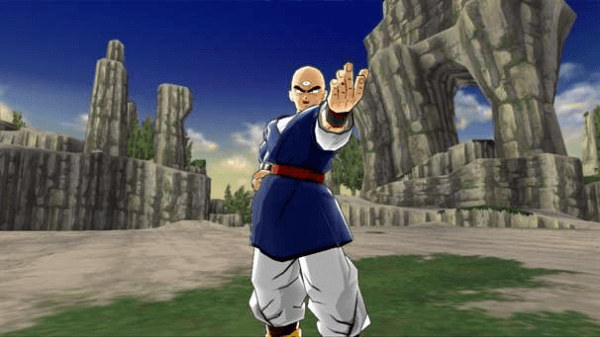 Being a split collection of two games, the Story modes naturally focus around the exploits of Goku and his friends, though the content featured between the two is different. Budokai 1 follows the Dragonball Z chronology from the Saiyan Saga to the end of the Cell Saga, but does not include any of the various movie events or characters. Budokai 3 on the other hand follows the chronology from the Saiyan Saga right through past the Buu Saga and finishes at the end of the Dragonball GT series. This particular game also features many of the movie characters, including fan favourites like Bardock, Broly and Gogeta.

For those uninitiated to the Dragonball Z universe, this collection makes for an ideal introduction point. The story of both games centres around a super powered warrior named Goku. Very early into the series, it is revealed that Goku’s unnatural strength and energy stem from the fact that he is one of the sole remaining members of an alien warrior race called “Saiyans”. Choosing to live as a protector and not a destroyer, Goku and his colourful collection of friends take a stand against the plentiful evils in the universe, all done with super powered martial arts, energy beams and explosions. In each conflict, seven wish granting artefacts called Dragonballs are called on numerous times to correct a problem, raise the dead or rebuild shattered societies. 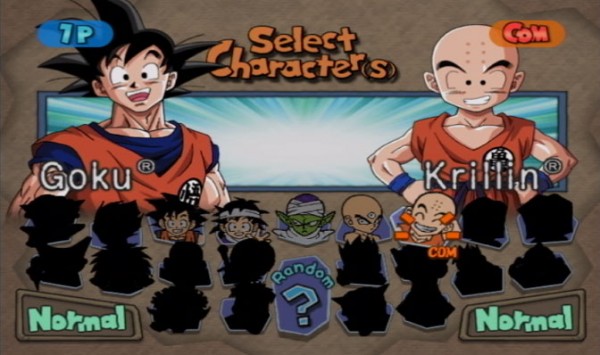 To those already familiar with the story of the anime, there’s absolutely nothing new here. Vegeta and Goku still have the same old rivalry, Cell still reaches his perfect form, and of course Frieza can’t tell how long 5 minutes is. The story flow of both games follows the anime pretty rigidly, so much so to the extent that in some situations it really breaks up the flow gameplay. After many years of doing this, you still can’t beat the collective crap out of the Ginyu Force until Goku shows up; no matter how good a job you’re doing with Vegeta.

However, of the two games in the collection, Budokai 3 makes up for this by actively altering the storyline over multiple play throughs. The game introduces a few unique “what-if” scenarios where a second story mode playthrough can unfold very differently to the first. For example, rather than fighting Frieza on planet Namek, if certain choices are made, Goku will end up face off against Cooler instead. Touches like this really bolster the replay ability of the game, unless you already owned this game before the HD re-release. 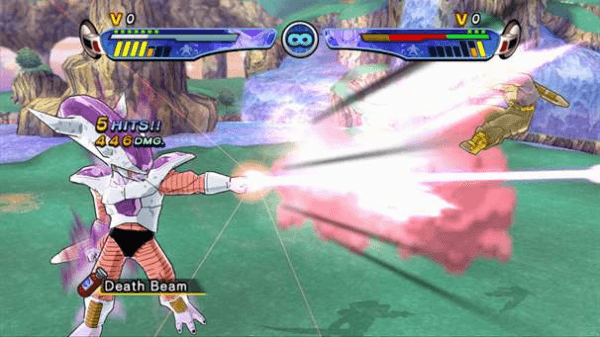 As you’d expect from a set of fighting games, Budokai 1 and 3 both feature a 2.5D battle style, similar to those in games like Soul Calibur and Dead or Alive. Combat itself will often be strung together by rapid combinations of punches, kicks, energy attacks and blocks. It should be noted that this is NOT a game for the button masher. Even on the easier difficulty settings, both Budokai 1 and Budokai 3 stand out as highly technical fighters. Much of being able to succeed in combat will be reliant on the players own ability to manage their ki (or energy) consumption while doing their best to string together multi-hit combos. The best of these will often be made up of half a dozen melee attacks with a signature energy attack follow-through.

It’s definitely worth noting that with age, the controls of particularly Budokai 1 feel slow and clunky. Veteran fans of the first game are likely to have their senses of nostalgia ripped out as they ask “was the game always this slow?” While it’s no fault of the game design due to the relative age of the game, it goes to show that Budokai 1 hasn’t aged very well when compared to its successors. Budokai 3 however still feels quite fluid and fast paced, though this reviewer expects that a similar trend might eventually be cast on with age. However, with a larger more repayable campaign and a larger variety of playable characters Budokai 3 definitely stands out as the better of the two games. 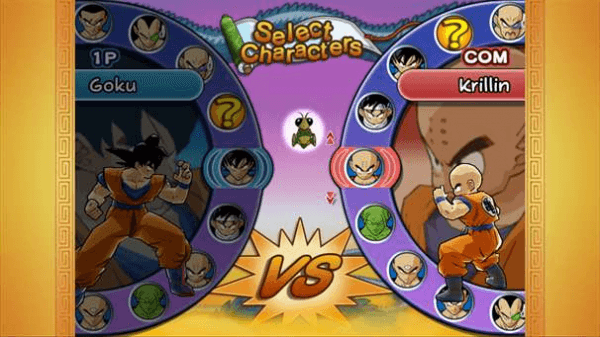 Both games feature similar modes of gameplay, which by now are generally considered standard amongst Dragonball Z games. The story modes of both games follow the events and battles of the anime to the afore mentioned points. Both games also feature a world tournament mode, where multiple players are able to pit themselves in your typical knockout style competition. Naturally, the game also comes with a standard free battle mode for one or two players to test their skills against one another or against computer controlled AI. Finally, Practice mode offers to tutor players in how to get the most out of their fighters by providing instructions on movement, offence, defence and combos.

If any of these elements are sounding like your pretty standard DBZ game fare, then you’d be right. However, it is worth noting that these were some of the first games to set these standards in the first place, so naturally they’d have to be reflected in a re-release.

The cell shaded art style still mixes really well with the typical graphics of the anime. The same variety of colours and patterning are easily recognisable to anyone who has watched the anime at length. However, despite the “HD” re-release, it’s definitely obvious that the games are from a time long past. Outlining and character detailing are the strongest indicators of this. Character movements in both also appear static, lifeless and somewhat robotic (which is great for Android 16, can’t apply to everyone else.) The “HD” touch-up only brings out better colouring and a slightly more crisp image. Graphically, the games aren’t all that different from their originals. 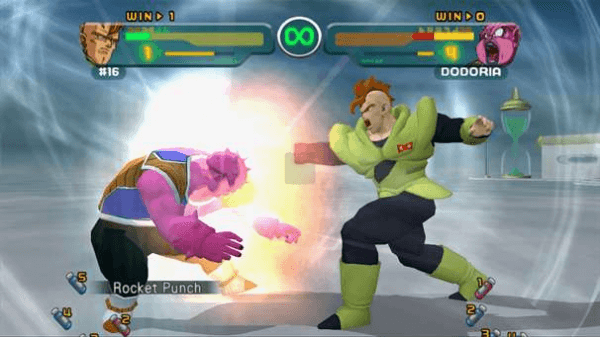 The HD collection’s sound quality is a similar story. The voice acting work is still familiar, with many official voices such as those of Christopher Sabat and Sean Schemmel offering their talent to Budokai 3. The collection also allows sub fans the opportunity to play Budokai 3 with the original Japanese audio (of which you have no choice in Budokai 1). Naturally, iconic power-up and attack sound effects have been included, which tie it in nicely to the experience of watching the anime, but again it’s nothing new to devoted fans. 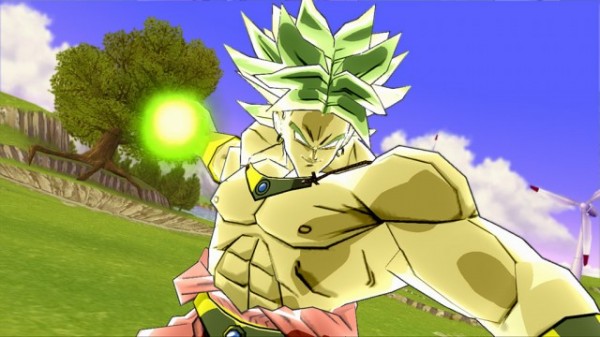 The Budokai HD Collection is a great look into the past of DBZ and its associated fighting games. Between the two games, it must be said that Budokai 3 holds up a heck of allot better than Budokai 1, with better refined gameplay, more content and longer last ability. While neither is able to claim the fast paced or fluid combat styles of the modern DBZ games, the collection is certainly worth consideration for DBZ fans who may have missed out on experiencing the roots of the games. The collection is not so much a defining title, but more of a trip down memory lane. It shows the players that the older is still enjoyable, but in the end, we’ll always go for the newer thing.