For those unaware, Domo is the beloved mascot of  Japanese television station NHK,  where he often stars in his own stop-motion sketches during commercial breaks. In the western world however, he is pretty much just a less-feminine Hello Kitty. Domo has been starred in various forms of media from english manga to even video games (mostly on the DS), now Domo hits iOS devices in Domo: The Journey. Unfortunately however, the entertainment value is much like that Domo keychain I once owned: pocket sized. 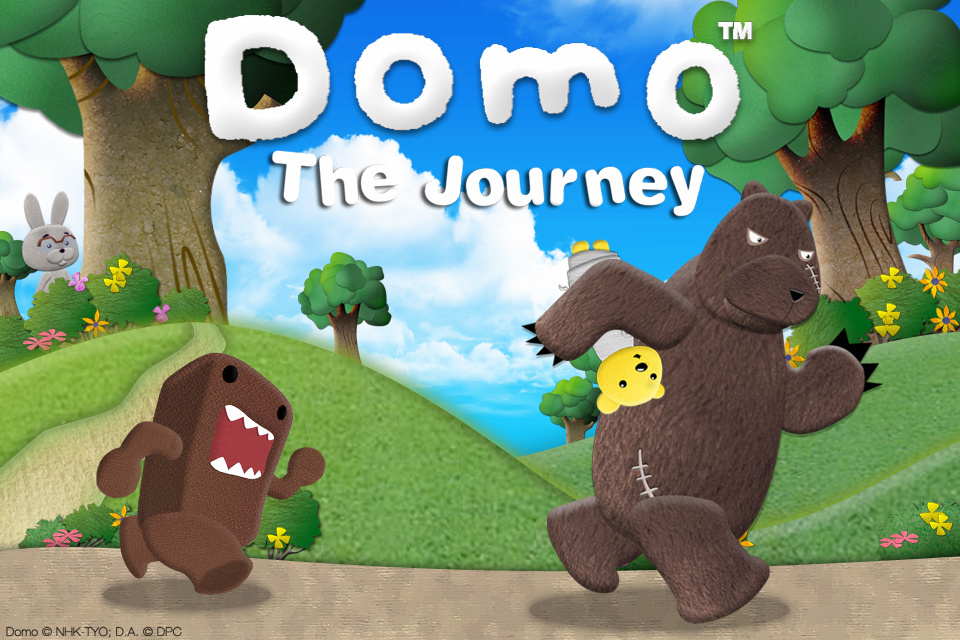 Simply put, Domo The Journey: is your typical generic platformer with no aspirations to be anything more. You have an virtual D-pad to move your character around, and you have to get to the goal at the end of the level. Sometimes you can get power ups like a guitar or a camera to fend off enemies, and these have to recharge. Those two sentences pretty much describe the entire game’s premise. The controls are clunky and unresponsive at times, and occasionally collision detection can be an issue. Jumping isn’t flawed, but it is does take some getting used to as while Domo can double jump, his second jump is significantly shorter than his first, which players may take some getting used to. Level design is uncreative and at times seem unorganized with just a bunch of platforms thrown onto the screen randomly, especially in the later levels. 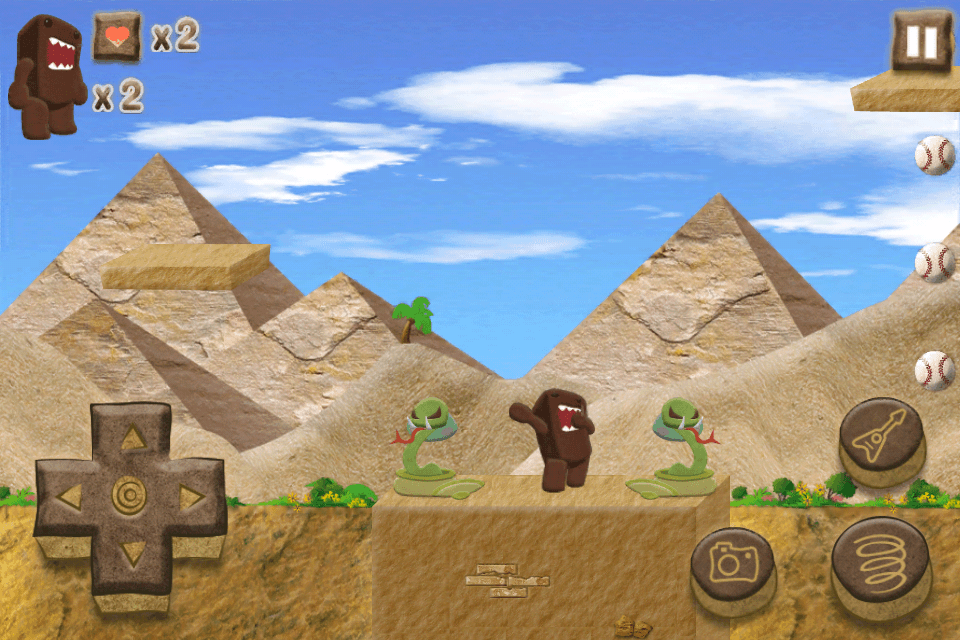 On occasion the game will try and freshen things up with things such as a Donkey Kong-styled mining cart or snowmobile levels, but these fail to make the game any more fun or less frustrating. On rare occasions there are boss battles,which are not always at the end of each zone, that require little strategy and frankly aren’t any more exciting than the standard stages. The final boss in particular is pretty stressful as much like the rest of the game it’s filled with bugs and collision detection issues that just make you want to scream. You’d think this game had no testers at all…but according to the credits there was three of them. A shop is also available to buy upgrades and such, but these are all extremely over priced. Thankfully you do get some credits for free each day, but this doesn’t help too much. So unless you want to slave away for unnecessary long periods of time your be forced to buy coins with your real money (freemium style) which not only seems unfair, but also unnecessary. Either that or you go without, your choice. 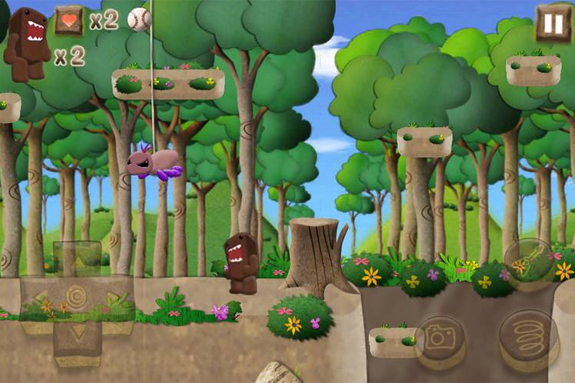 Domo encounters similar problems with the audio & visual aspects along his journey. While the music may be uninspired it isn’t terrible, but the sound effects could use some improvement. Hearing Domo jump for example is an odd and annoying noise and being a platformer that’s one sound effect the developers should’ve had nailed from the get go. The worst offender  is the animation, which tends to be very choppy; and not in the cool stop-motion animation way the original Domo sketches are like. Alongside collision detection issues, animation responses can be off, so knowing when either your or an enemy is damaged can occasionally be a problem. Also if you lose one life there is a death animation, but if you lose all lives it cuts straight to the game over screen. It’s a small nit-picking problem, but Domo: The Journey is filled with small issues like these. Aside from that, stages are rather static with not much going on. Art design and colors do the job right, but keep in mind the main characters are licensed by NHK so it’s not much to credit the developer on. 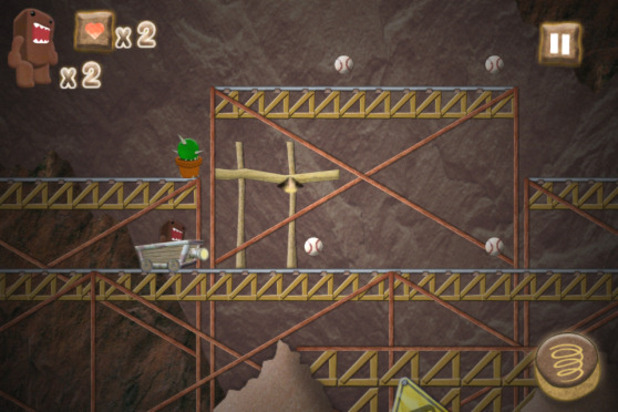 Long story short, Domo: The Journey is an unpolished disappointment with very few redeeming qualities. Gameplay is buggy, controls are stiff, collision detection can be a problem, animation is choppy, sound effects could use some improvement and makes little to no attempts at doing anything creative. Even the most hardcore Domo fans will be let down by this title. If this was free or $0.99 maybe it’d be easier to go easy on this title, but keep in mind it’s on sale for $1.99 and is filled with problems. Better luck next time Playlithium.