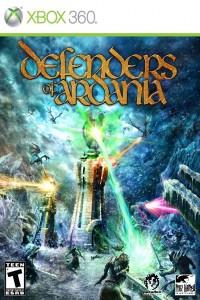 HA! Now that joke’s out the way: It’s not every day a tower defence game that also has an emphasis on tower offence comes out. Defenders of Ardania puts you in control of a small, defensible area, and it’s up to you to defend your castle from oncoming waves of enemies while having to destroy their fortress at the same time. Does this twist make the game worth your while, or is this a castle that should be burnt to the ground and forever forgotten? 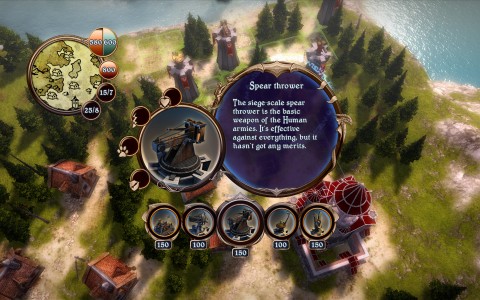 Spoilers: Yes, it really should be.

Defenders of Ardania is a painful game to play. It can hardly handle the mechanics of basic tower defence, much less the addition of an offensive facet to the concept.

A round of Defenders of Ardania starts much like any tower defence game. There’s your castle, your pool of cash, and a variety of towers to build and upgrade. I was pleasantly surprised at the outset, as playing tower defense on Xbox can usually feel a little clunky, but the towers can only be placed on certain points of the map’s grid, so navigation and placement is quite simple. Little did I realize the long-term implications of such a design decision.

See, there’s a limit on the number of towers you are able to build per level. That means that about five minutes in, your strategy with regards to tower placement becomes limited to upgrading and remaining aware of the occasional pathing change of enemy units. And because you are also responsible for destroying an enemy castle (a castle which has a health bar comparable to your own) rather than simply having to survive a set number of waves, an individual level of Defenders of Ardania takes a ridiculous amount of time to complete. 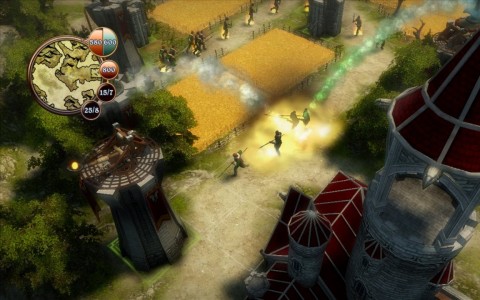 Long matches aren’t necessarily a bad thing, as long as the game encourages dynamism in strategy and variety of play style, but you’ll find neither in Defenders of Ardania. The half-hour minimum it takes to complete a singleplayer mission generally involves setting up your towers and then continuously spamming units towards the enemy’s base.

It’s not even like there’s a great variety of units either. The most effective strategy is to just spam the super slow tank units or the quick rogues. Either way, the units that do get to the enemy castle do negligible amounts of damage.

In a game like this, the “bug bites” manner in which you take down the castle means the pace of play slows to a crawl, even if you use the option to speed up the game. I literally fell asleep while playing, but because the waves sent at you are so static and repetitive, I woke up after my unintended nap to find my castle still standing and the round unfinished.

Multiplayer only exacerbates these issues, as all the players are capable of repairing their castles. Which means an already tediously lengthy match is now extended to the point of ridiculousness.

Defenders of Ardania takes an interesting concept  (a concept which has had some success in the past, particularly within the modding community for real time strategy games) and fails utterly in the delivery of that concept. The use of indomitable, massive health bars for castles destroys any semblance of urgency, the units rushing towards you require little change in tactical acumen, and the spammy nature in which you must attack enemy castles borders on more repetitive than repeatedly bashing your head into the wall (it just hurts less). 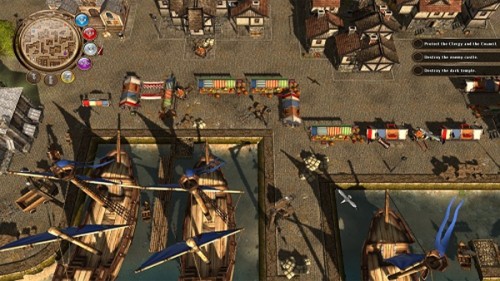 In all fairness, the environments of Defenders of Ardania don’t look bad. There’s a variety in locations and there’s a fair amount of detail on each indvidual map. However, the unit design is bland and the animation is simply lacking. Oh, and good luck differentiating your towers from your opponent’s because there’s so little contrast in the tiny identifying banner on each tower that you’ll have to move the cursor over each individual one to see if it belongs to you. There’s also the occasional frame rate stutter, which by itself isn’t horrible, but compounding it with the already frustrating nature of the game makes for some very loud swearing and/or thrown controllers.

The sound design is average; so better than the rest of the game. The music is nothing to write home about and neither is the voice acting for the game’s very loose story, but it’s a tower defence game, I wasn’t expecting a rendition of Hamlet. To its credit, some of the writing for Defenders of Ardania can actually involve funny satire of the fantasy genre, but it falls flat as often as it’ll make you chuckle. 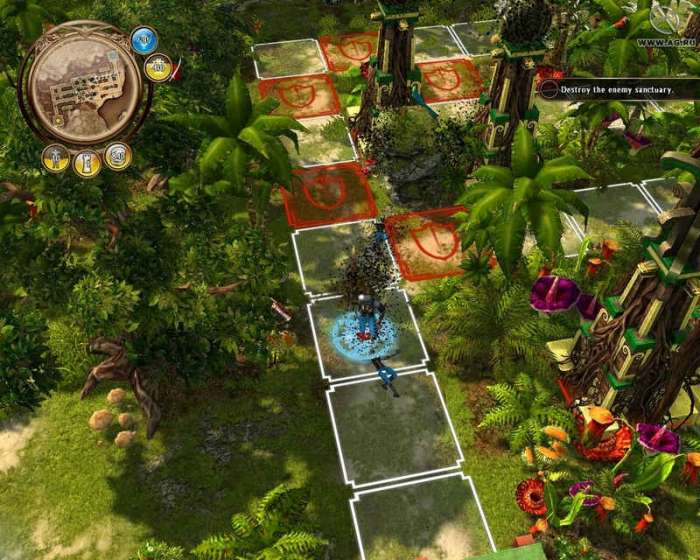 Do not buy this game (unless you enjoy increasing your Gamerscore while napping). Yes it looks pretty, yes the concept is interesting, but in the end there’s only one question that a game has to answer: is it fun? Between the tedious, never-ending gameplay and the simmering frustration at all the little things that are just not right, the answer is absolutely, unequivocally no.