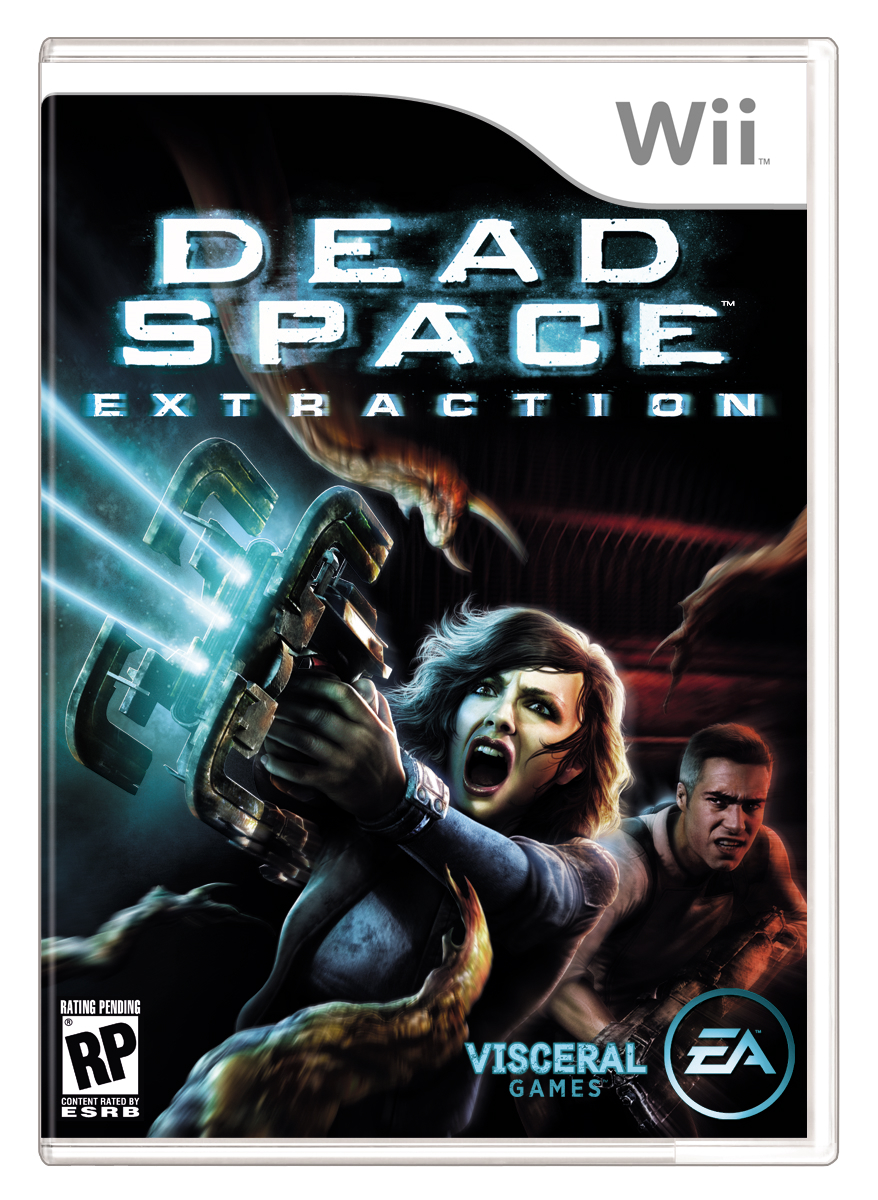 MasterAbbott  is back for another of his Video Game Video Reviews.

This time I’ve sat down Wii mote and Nunchuk in hand and given EA / Viceral Games new SCI-FI Horror on rails Shooter for the Nintendo Wii : DEAD SPACE EXTACTION a good run through

As always .. ill keep it short n sweet .. so lets cut to the chase DEAD SPACE EXTRACTION, has action, shooting, a great storyline, shooting, scary monsters, shooting, cool features and did I also mention that it’s got shooting ?? Well it IS a shooter.  Most people call these style of games shooters on rails.  You don’t and cant control where your going.  The game takes you down a path and all you have to do is shoot, pick up things and solve little puzzles along the way.

You have brief moments of quick exploration which are really nice but they end to quickly and you’re then pulled back onto the rollercoaster.

The gameplay is excellent.  At certain parts in the game, players are given a option to choose specific paths to explore.  (ie take the stairs down or go through the door), players can also select specific weapons that they pick up along the way (provided that they are quick enough to grab them).   Dead Space Extraction’s biggest selling point for myself and most players is the FANTASTIC story which you get to enjoy along the way.  Nothing is rushed, at certain parts in the game you get to sit back at times and really take in the story and what’s going on.  It’s not just point at the screen with your Wii mote and SHOOT SHOOT and SHOOT some more mindless type of game as a lot of people think it might be.

Also in certain sections in the game you get to hack into security panels and with the aid of the wii mote you have to guide the cursor through a maze to unlock doors ect.  You also have the power to move things around with the simple press of the A button which acts are your grab telepahic hand, the grab is also used to pick up things along the way explained before like weapon powerups, text logs and a really cool new one called a audio log (very smiliar to Bioshock) once you pick it up the internal speaker on the Wii mote starts to transmit the audio book directly through to you.  ITS VERY COOL and something i’ve never seen or heard before on a Wii title.

You can also enjoy all the mayhem, horror and action with a friend as two player mode, this really makes the game even more enjoyable.

As Dead Space is a SC-Fi Horror type game with a age rating of 18+ I would recommend playing this late at night .. turn off the all the lights .. make sure its really really dark.  Put the sound up really loud.. (make sure the kids are in  bed) and strap yourself in for a rollercoaster ride that you’ve never experience before !!

We give DEAD SPACE EXTRACTION a cool 8 capsules out of 10 recommended it to anyone with a love for the Dead Space series, Shooters with a twist.  Grab your copy now at your local game store near you.