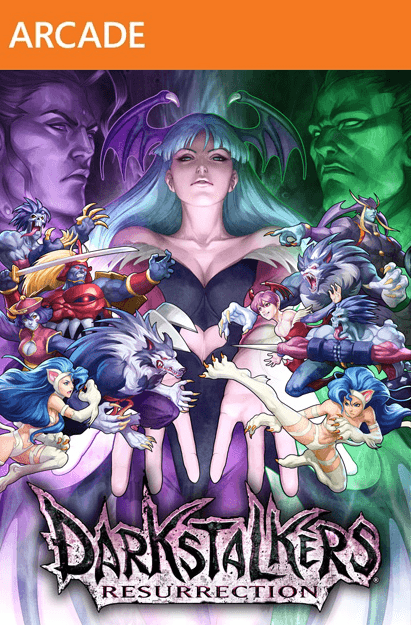 Overview:
Over the last generation of consoles, many fighting franchises have either been continued with current-day versions. Then there are those franchises which have faded into memory and been succeeded by another as the development team moved forward with new ideas. However one fighting game franchise has always been close to a number of gamers’ hearts despite not appearing in the West in eight years. That series is Darkstalkers and now Capcom has chosen to give the title a little resurrection with their most recent release of the aptly named Darkstalkers Resurrection. Is this two game collection worth a download or should it have stayed in its grave? Let’s find out.

Story:
Considering the two games collected in Darkstalkers Resurrection are Night Warriors: Darkstalkers Revenge (Darkstalkers 2) and Darkstalkers 3 which were originally released in 1995 and 1997 respectively, one shouldn’t expect any semblance of a storyline with these games. 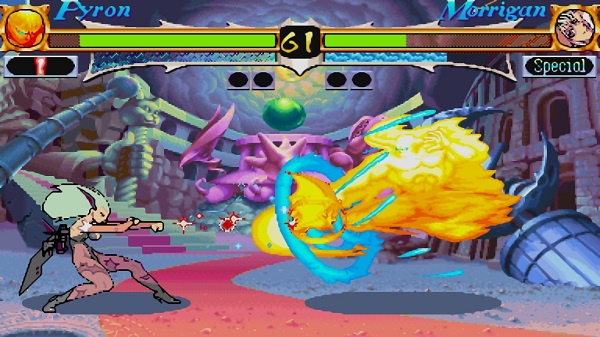 Instead players are presented with the rudimentary arcade mode nearly all fighters from the ‘90s employed where the only time any semblance of a story appeared was once the player beat the arcade mode with a character that was then given a brief fifteen to thirty second long closing cinematic. Since Resurrection does contain two games and the ending sequences of the two differ from one another, there is at least a bit of story to squeeze out of the ancient arcade presented story.

Visuals & Audio:
While Capcom and the development team at Iron Galaxy Studios can claim that they made the game “HD” it is hard to really justify that claim at first glance until one remembers that both of these titles are over fifteen years old. Rather than providing re-drawn sprites the company has chosen to provide a number of filters that players can switch between as they play the game.

These filters are things such as smooth, crisp or even original untouched retro graphics. In fact there is even on option to turn on scan lines and place the game so that it looks like an arcade cabinet screen. This means if players choose to, they can play the game in a way that mimicked the original arcade feel many felt back in the ‘90s. With the crisp or smooth filter turned on the title may not appear fully HD, however it is still great looking thanks to a great art style featuring unique characters and impressively drawn attacks that have aged gracefully over the years. 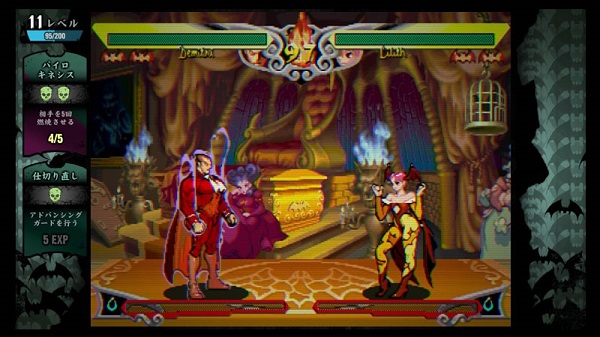 As far as the game’s soundtrack is concerned, it seems to contain all of the various stage music and bits of theme song for certain characters that fans may remember and each track is crisply presented during combat while the sound effects are still top notch.

Gameplay:
As players begin the game they will be presented with Darkstalkers 2 off the bat but can easily swap between the two games with the back or select button on the controller depending on the platform. It is interesting to note that Capcom has added a multitude of options to Darkstalkers Resurrection but for some reason, a couple of these additions are split between games. The Tutorial Mode where players can learn each character’s move-set is only offered in 3 while the various challenges that players can tackle for each character are only offered in 2.

Both sets have been given a number of bonuses that can be unlocked as the player fights and completes various challenges, such as throwing opponents a certain number of times, winning with certain attacks and more. These challenges provide XP which in turn levels the player’s offline rank and provides points to unlock various bits of concept art, ending movies and a bit more. 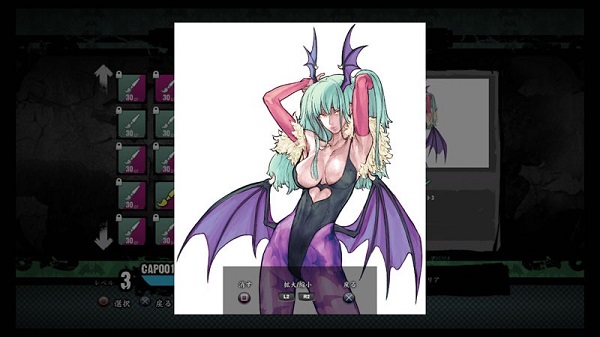 Before I discuss the game’s themselves it is worth noting that neither game has been rebalanced in any form. This was to keep the experience as authentic as possible but it does mean that there are some very noticeable character tiers established thanks to the missing rebalance. However thanks to the aforementioned tutorial mode it is possible to learn even some of the weaker character’s move-sets.

Both titles included on the package play relatively similar to one another though Darkstalkers 3 sees the inclusion of numerous additions such as the ability to recover some health if you can avoid taking damage for a period of time and an interesting round mode where the fight is almost instantly restarted once one player’s health bar is depleted. This means that if you were to knock out an opponent while at half health, they will stand back up with a full health meter while yours will remain at half health which can make for some critical moments. Also both titles have unique characters on the roster alongside the standard cast, with characters such as Pyron and Donovan for Darkstalkers 2 and Lilith, Q-Bee and B.B. Hood for Darkstalkers 3. 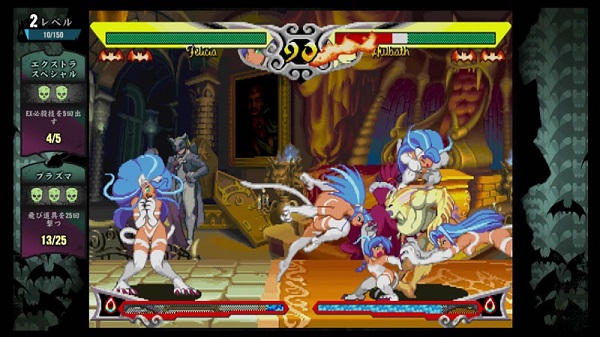 Darkstalkers’ is designed with a six button system, three for kicks and three for punches and while it is easy to learn and there aren’t too many commands per character, stringing together combos and mastering special moves is the key to victory in this fast paced game. It is worth noting though that, since many combos require extremely precise button presses and analog stick movements, players without a fight stick of some kind may be at a disadvantage.

Both Darkstalkers titles feature fast paced combat, even more so if “Turbo” is selected in character select, and the fighting can be very intricate at times thanks to this. Newcomers to the series will likely want to spend a lot of time in tutorial mode before heading online and perhaps looking into the game’s tier system to watch out for certain move spams. 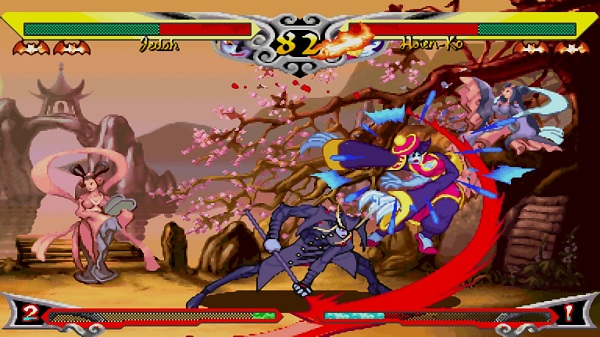 Did I mention online? Yes, Capcom has offered players a number of online modes including lobby support for eight players, a tournament option and your basic ranked matches. The netcode for the game seems to work flawlessly as, despite losing a ton, none of my matches were interrupted by lag or any other issues.  There is even an option to upload replays to YouTube for those who enjoy that sort of thing. It is interesting to note though that thanks to the game’s not being rebalanced, there are numerous online players who will resort to using only the highest tier characters which can lead to a lack of variety online sadly.

Overall:
Darkstalkers Resurrection is true to its namesake. It has resurrected the franchise in the eyes of modern gamers who may have forgotten that the series has existed. Despite offering only filters for improved graphics, the visuals in these games is still impressive and the title features numerous additions to single player and a great online option. While far from friendly to newcomers and the lack of rebalance does create a few issues, Darkstalkers Resurrection offers two solid old-school fighting games that won’t disappoint any fan of the 2D fighting genre.