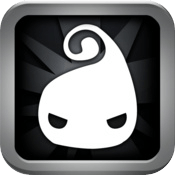 A big complaint I often hear people crying about video games is a huge lack of creativity these days – everything is a clone of something. Ironically, the titles that attempt to do something truly unique these days often don’t get that much exposure and don’t get much praise outside indie circles. Perhaps it all comes down to what the player is used to and what they expect. Meet Darklings, a creative and unique title delivering intense arcade action to mobile devices. I need to be honest – Darklings is certainly worth checking out for those looking for something fresh and it’s getting praise left and right, but this reviewer can’t get his head around it. Perhaps it all comes down to a matter of taste. 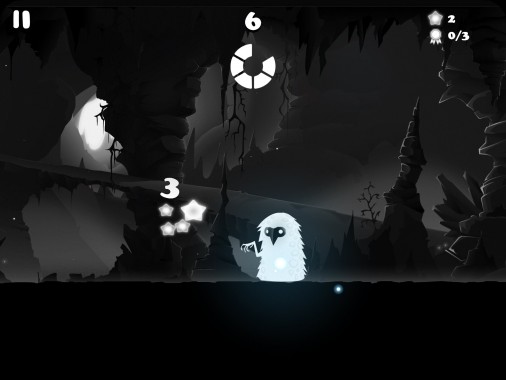 When you strip Darklings down to it’s core, it basically comes down to the childhood game of Simon Says. Players step into the shoes/Casper-ghost-tail-thingy of Lum, the game’s hero defending against various forms of beasts. The catch is Lum can’t move and must fight back by teleporting in the enemies’ position which kills them…or something. It doesn’t make much sense, but just go with it. To do this, players must use their finger to draw patterns which appear above the enemies heads. Waves of villains increase and the numbers quickly grow larger and larger and the swift, arcade-styled action can get pretty intense. Think Typing of the Dead, but drawing patterns instead of typing and you’re pretty much there. Power ups can also be collected and improved upon through a shop, where a currency can be earned by dragging stars towards Lum from fallen foes. Boss battles are also a nice touch where players must draw the patterns quick enough to avoid certain death. The theme for Darklings (besides spooky darkness and stuff) is to think simple. Simple concept, simple controls, simple gameplay. But personally I’ve found everything comes across as tricky. The difficulty can be a little much, the learning curve will have you stumbling for a bit and sometimes the game won’t register your drawing as the correct pattern, leading you to certain death. That’s the biggest problem with Darklings – it can be frustrating and not in the good way. If you suck at a game that’s fine, but if you’re doing something and the game isn’t responding to that you have a huge problem on your hands. It’s not that the game is broken, it just has a very small margin of error. Also the game is a little difficult, which doesn’t help much either. That being said after a while if you get good at it, it gets enjoyable and sometimes addictive, you just got to give it a chance. Ok, maybe a couple chances. 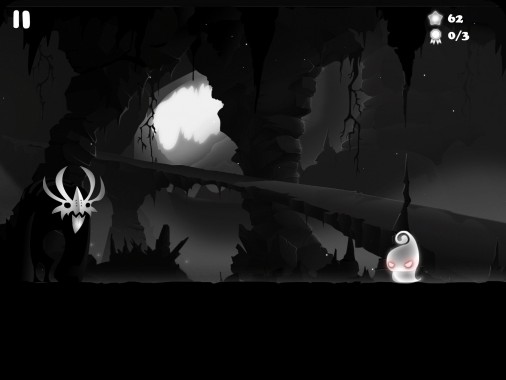 Filled with artistic shadows and lots of black and white, Darklings is a very aesthetically pleasing game very reminiscent of titles such as Limbo in some degree. Animations are nice and assist in making the gameplay feeling smooth as well. Swipes are also accompanied with colourful, fluent animations reminiscent of Fruit Ninja as well which really pop amongst all the black and white. As for audio, sound from Lum and the other creatures have unique screeches that burst with personality and the creepy yet cartoonish soundtrack help the gamer to engage with the game as well. When it comes to presentation, it’s a no brainer that the audio & visual aspects of Darklings are the biggest highlights of the game as they make everything much, much more enjoyable. 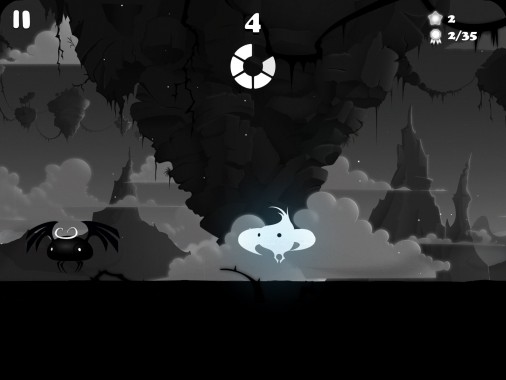 Darklings is far from being a perfect game, but it is a refreshing one. The concept is engaging although it’s execution can be hit and miss at times. While the gameplay is simple it’s learning curve is far from it. It looks and sounds beautiful but the gameplay won’t hook in some gamers straight away as many of it’s flaws are evident from the start. If you stick around, you’ll find something special. But it’s one of those titles you’ll need to give time before realising it’s true potential.