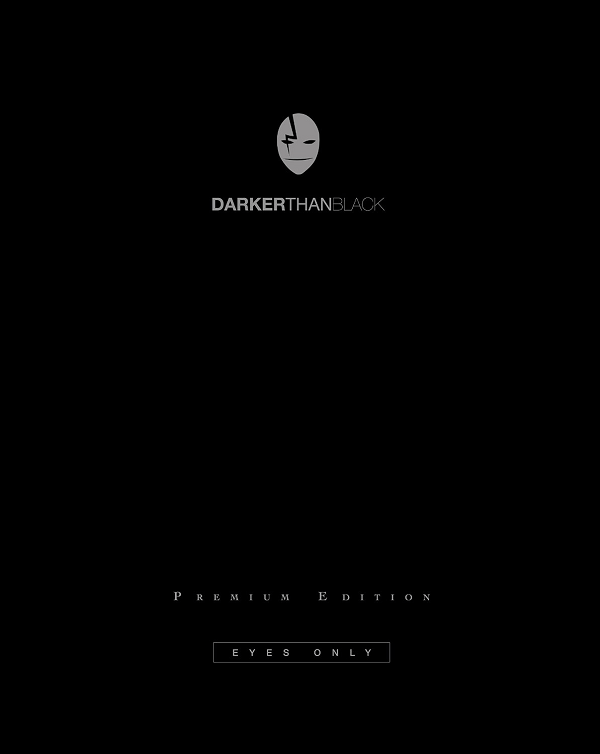 Overview
Darker than Black is certainly not new to the realm of anime, as the series made its debut nearly eight years ago, quickly becoming a household name and inspiring a good amount of serial dramas that would follow later. Funimation have finally brought fans a new update to the first season, with all twenty-six episodes releasing on a three disc Blu-ray set. The question now is has Darker than Black aged well enough to still be deemed relevant, or is this set one to skip altogether? Let’s find out. 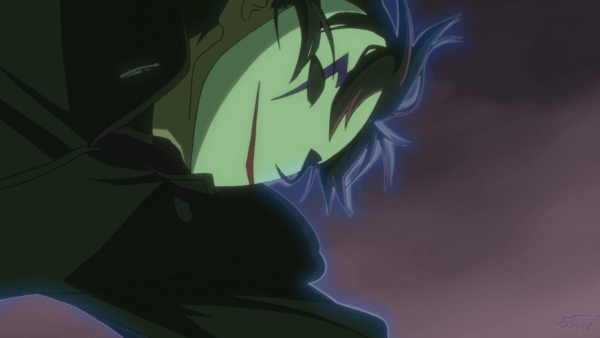 Story
Darker than Black is a bit of action, mystery, and drama, all wrapped into several arcing stories that eventually intertwine. Truthfully, this why first viewing of the show, which made it a bit difficult to just plunge into. Darker than Black takes place in a world where there was an anomaly that took place years prior, and the current citizens are dealing with the aftermath. It literally is dubbed “Heaven’s Gate” vs “Hell’s Gate” in reference to this event, as beings known as Contractors were birthed – with their purposes and even existence being largely unknown by the general public. 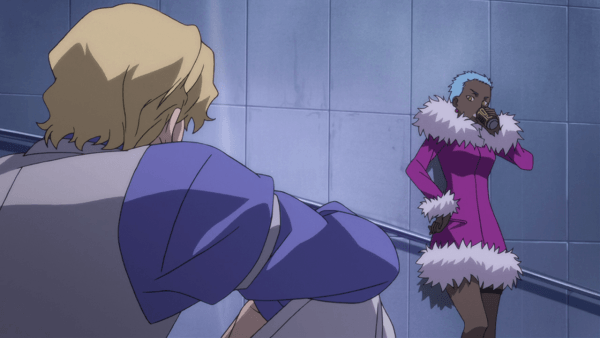 A Contractor in a way is a lot like what you would see in X-Men. Each character who is a Contractor has a special ability, but must pay a price – or a contract in order to utilize it. Some characters are forced to succumb to human like vices such as smoking or drinking, while others carry a greater weight and suffer for their own craft physically. Hei is a contractor and our main protagonist, but does not have a contract to pay, so he and his team spend their lives carrying out assassination missions via the Syndicate so these beings do not put humans on Earth in danger with their power and other motives. As I mentioned, this series takes its time with pacing and I found myself halfway into disc two before I finally felt fully invested. New characters are introduced often, and Darker than Black has a bad habit of establishing a character in a two-part just to drop them a quick minute later- as if they never existed prior. I get that some anime and other forms of entertainment do this to add layers and experience to other characters, but there were a couple faces that got far too much screen time and did little to nothing to add any further depth into the plot. 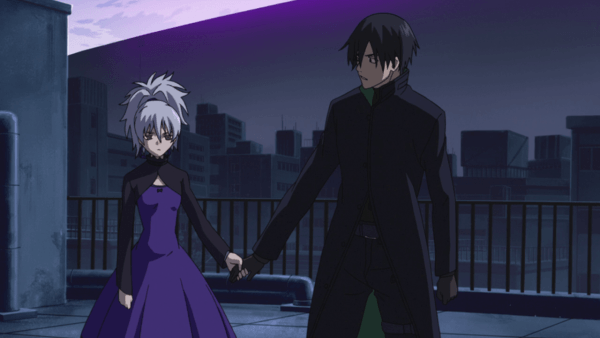 That gripe aside, the writing actually is superb within the show as a whole. Individually, episodes try to reinforce the characteristics of the cast and do well at actually building up to a greater payoff. Hei is a great lead who the lives a double life. By day he is a student with a snarky cat and by night, he dons a mask to hunt Contractors with his power of electricity. Yin is a Doll, which is sort of like a medium or specter as she uses water to track and observe contractors. Instead of being a boisterous female sidekick however, Yin is completely emotionless and it takes a while to find out her own background, which definitely adds to the mystery of this team. Huang acts as an older leader who simply assigns and adds some comedy, while Mao rounds off the group as a talking cat that has had his own experience as a contractor. These four make up the core of the series and while there is plenty of other interaction with enemies and allies alike, the plot truly builds off Hei and his journey – even with the detailed build-up of the characters on the side. 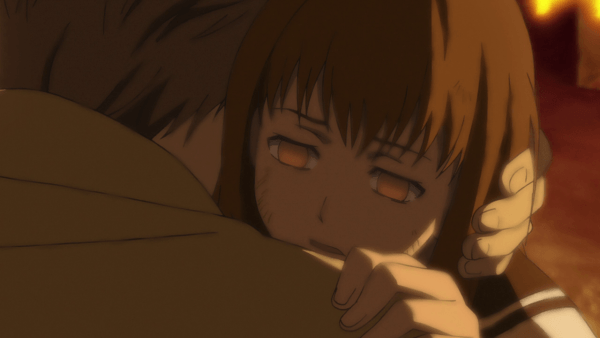 If you haven’t been able to piece it together by now, Contractors that are in the wild such as the MI6 use their powers for other agendas and partake in evil affairs with dangerous organizations, and Hei and his small group are tasked by Syndicate to simply take them out before chaos ensues. The show always maintains its dark tone and while that atmosphere sets it apart, I also felt it hurt it just a bit. There is a little bit of comic relief thrown in, but Hei is a cold main protagonist that takes a long time to warm up to. I was literally eight episodes in before I realized the true side he was on in terms of motives, and I feel more time spent on his story at the start (rather than the middle) could have made myself as the viewer warm up to him overall. I will say though that once Darker than Black sinks its teeth into you, it is hard to stop watching and a bit of randomly timed viewing for this series quickly turned into a marathon to the fantastic finish by the start of the third disc.

Visuals
You are purchasing a Blu-ray set here, so a slight visual upgrade of the Darker than Black that you knew should be expected. That being said, the picture quality is this anime does not differ much aside from additional softness to the color tones, but the 1080p upgrade is sure to be welcomed from fans who have already obtained the season 2 set that is already on Blu-ray. 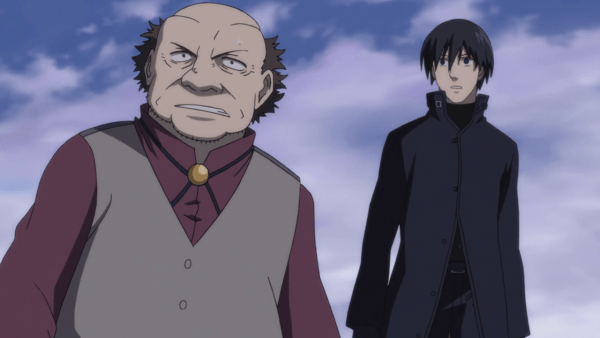 As I stated, this is a dark show in terms of dialogue and narrative alike, and the dimly lit setting definitely reflects that in every way possible. Nearly the entire frame of every sequence features rich animation, with even the facial features of background faces standing out and making a scene come to life.

Audio
Fans of the Japanese dub will be elated to know that the full product can be utilized here with English subtitles that are automatic. The English dub has also been retained and is the default of the set, and the voice actors do a superb job of capturing the personalities that are portrayed. I know that is a small compliment, but I have encountered many aged products that did not have great quality, and even though it was just a bit since Darker than Black received a dub, I still feel it is worth mention of the cast’s voice work here. 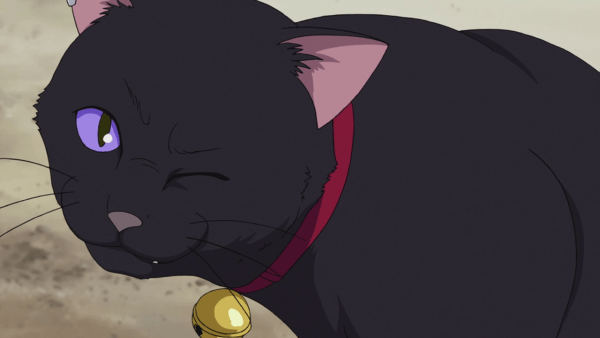 The music and soundtrack definitely captures the aura of the show as well, with the quick and snappy credits preparing us for a more serious anime, with the ending credits containing a light and airy Japanese tune.

Extras
The special features are a bit of a mixed bag. Some of the episodes contain commentaries that are fairly interesting, but not all are covered with this bonus audio. We do get some clips from the audition process as well as several trailers and other Easter Eggs however, and while there have been better sets for popular anime, Darker than Black offers just enough to appease new and longtime fans with a bit of fan service and extra viewing for this release.

Overall
Darker than Black is a great anime that definitely has aged well despite being eight years old. Is the price point too high for the set? Well, that really depends on the fan as “standard fare” is a good term to describe what is on display here. That aside however, you still are getting over six hundred minutes of entertainment as a whole in this package. Sure, it takes Darker than Black’s first season a bit to get off the ground, but once its off and the skies are clear, this is one show that takes viewers for an unforgettable ride and is as of now the definitive version of a great series.