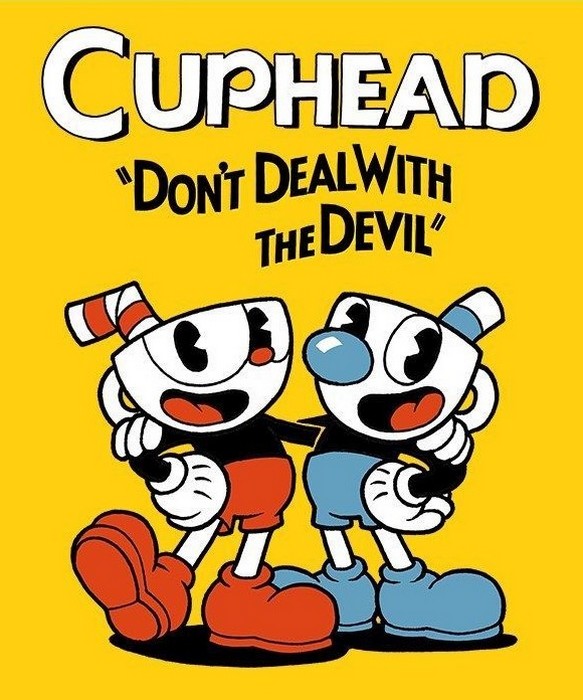 So here we are. After many sleepless nights, worries about more delays, worries if I’ll be able to get past the tutorial – Cuphead is finally here! At this point, everyone has heard of the game. It grabbed the attention of many with its gorgeous art, colorful boss battles, and promising soundtrack. The only thing that’s left now is to actually play it. Which isn’t so hard at all, but progressing through the game is a different story. But let’s go one step at a time.

Cuphead and his buddy Mugman were enjoying the careless life in Inkwell Isle. One day, they stumbled upon a casino, got carried away with a gambling fever while on a winning streak and that was the cue for the Devil to enter the stage. The Devil is none other than the owner of the said casino so he challenged them to one more game with stakes raised this time. “If you win, you get everything that’s in this casino, but if you lose I take your souls” – the Devil said. Our protagonists, carried away with their streak of luck, took him up on a challenge and what do you know – they lost! However, the Devil offered them a replacement deal. He won’t take their souls if they take the soul of his debtors for him (you guessed it, these will be our boss enemies). And so their new adventure started! 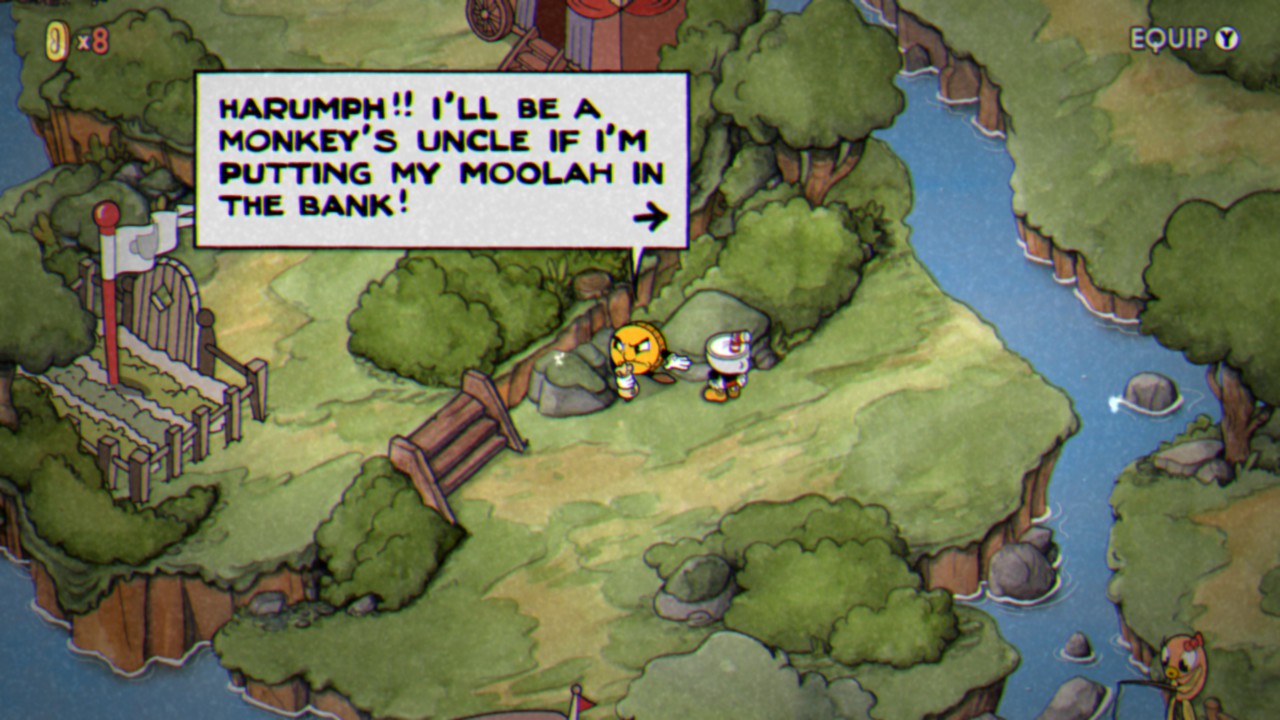 Oh boy, where to start. Well first off, everything that you’ve seen in the promo videos and gameplay demos lives up to the expectations. The levels could be split into two categories. You have the usual run ‘n’ gun parts where the goal is to get to the end of it (duh!) and grab as many coins on your way. There aren’t a whole lot of them, maximum five per level but you need as much as you can if you intend to buy new skills and powers in the shop. What’s interesting about those run ‘n’ gun sections is that they’re all completely optional. The real progress in the game is done through the boss fights. Before starting each, you can choose between simple and regular difficulty. Don’t let the name “simple” fool you, it’s still pretty easy to die there (regardless of the difficulty, you always have 3 hit points available and after that, it’s game over). The only difference is that in regular mode, bosses have one extra stage, usually the most difficult one. Taking down all the bosses in regular mode is kind of mandatory too, since only that way you can get soul contracts and each of them is necessary in order to face the final boss. So in some way, you can view the simple mode as a “practice” for the real thing. 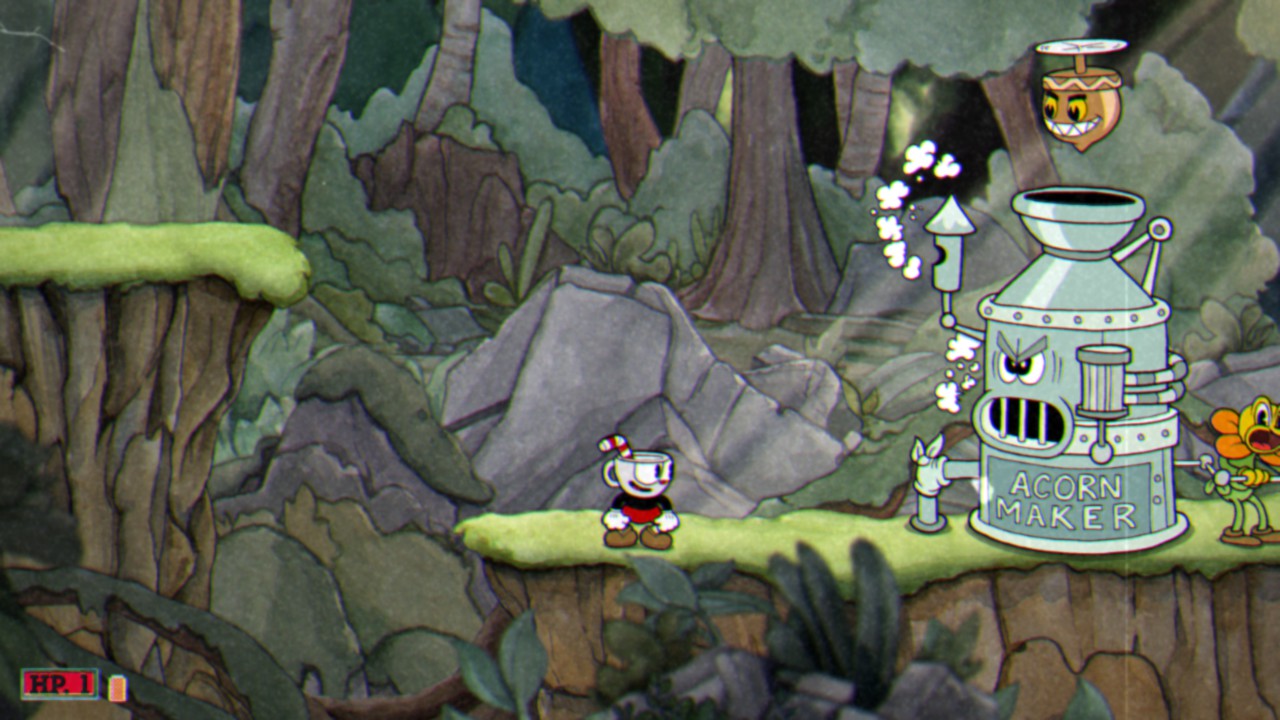 This is the point where instead of writing anything, I’d just post perhaps 50 screenshots here and let you see for yourself how amazing everything is. Every frame in Cuphead has been hand drawn and what that means exactly? Show it to someone who has never heard or seen the game and they would have serious time recognizing that it is a game, instead of a real cartoon. You can’t even get mad at dying often in Cuphead (and trust me, you will!) since there’s just so much detail in the background, on enemies, on bosses, world map…..nothing but admiration. 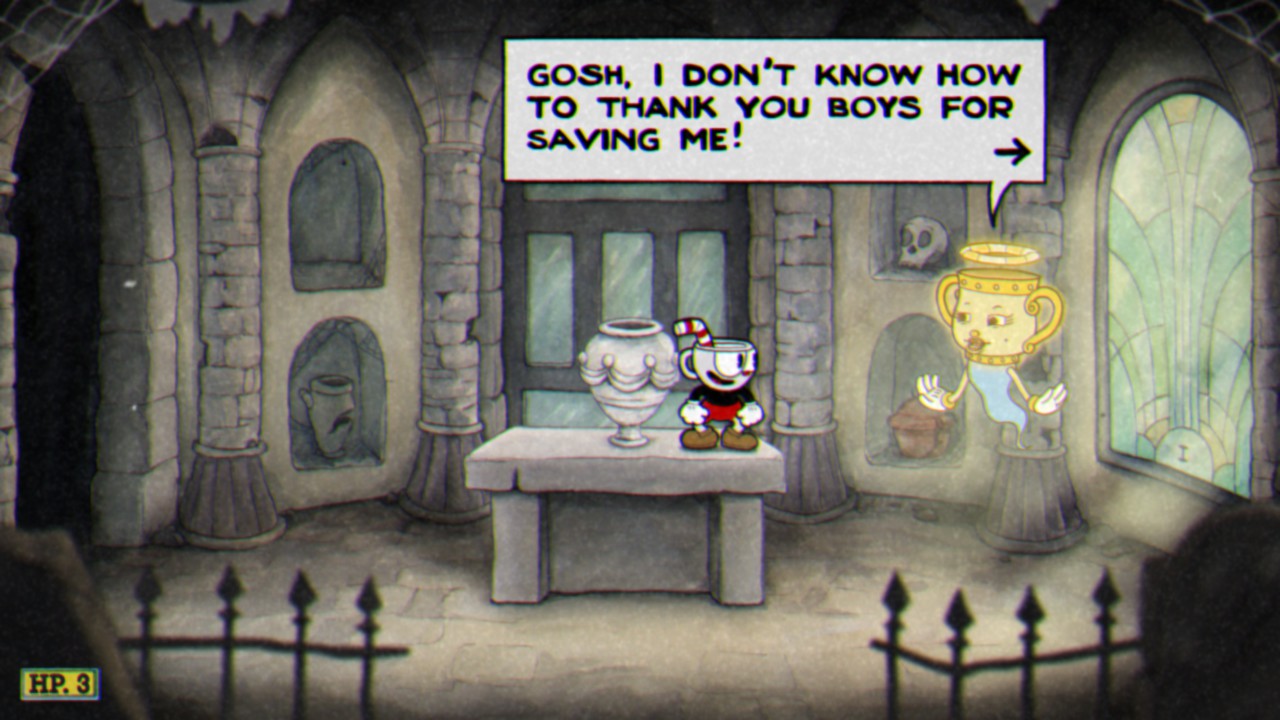 One thing that Studio MDHR pointed out during the development is that the music in Cuphead was “recorded live with the help of 42 musicians including a 13-piece big band orchestra, a 10-member ensemble, and various soloists and ragtime pianists. Major influences of “Cuphead’s” 1930’s jazz sound include music legends such as Duke Ellington, Cab Calloway, and Gene Krupa”. And oh my, the smoothness and class are oozing from every note, every second as you play. The whole soundtrack is something that worth of your attention outside of the game (with “Die House” aka King Dice theme being my favorite). 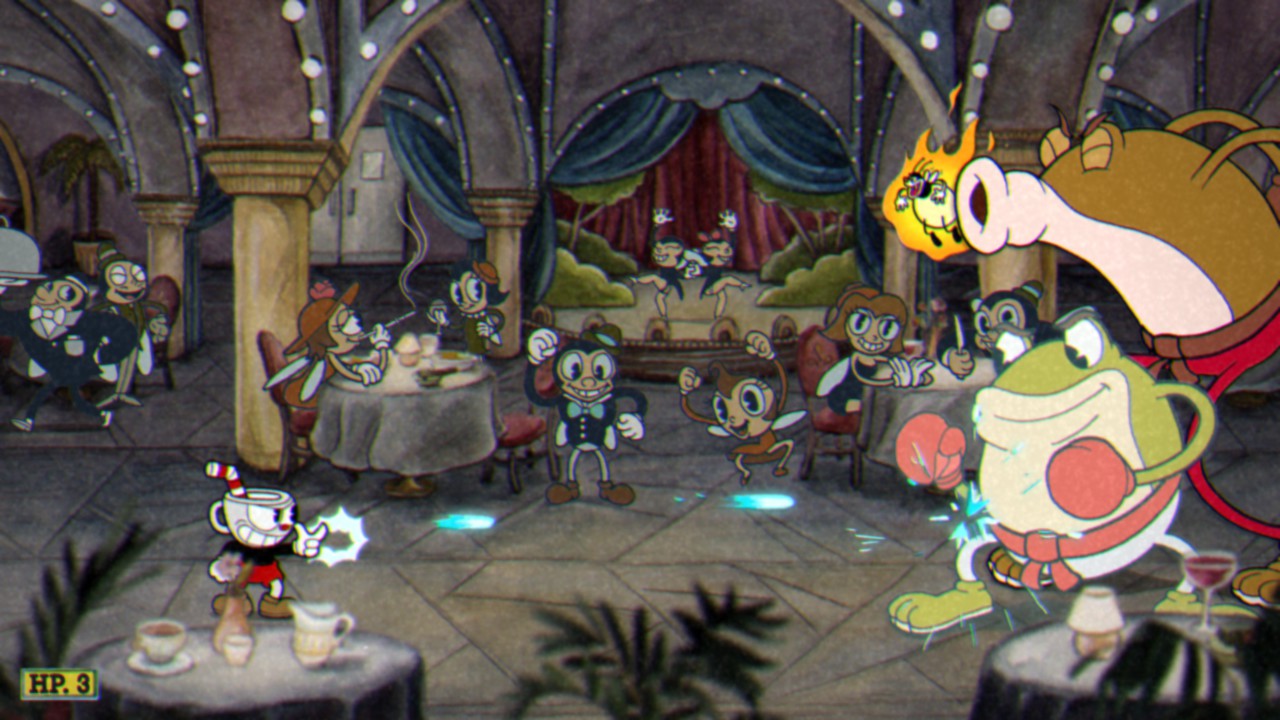 The truth is if you’ve been following Cuphead so far this review won’t push you away or entice you more to purchase it. Your mind has been made up a long time ago and now you’re just enjoying the written praises of some random guy on the internet (hint: that’s me). But just in case: do it. Get it. Now. The amount of love, work, and dedication poured into this game is astounding and the least you could do is to support this fine work by buying it, playing and die a whole lot in the process. Speaking of that last bit, there is something I need to address. Something that’s keeping it away from being the perfect 10. Gatekeeping. Look, the game is hard. We have all heard of that (or experienced it) by now. The question is how determined you are to push through the game. How much of the stress you’re willing to invest to prevail in the end. I know myself, but I don’t know you. Still, I can imagine a small army of people going at one point “you know, this is it for me. This is my stop”. With that said, I can’t imagine anyone being disappointed with the game whether you make it to the end or not. If there is one game you need to reward yourself in 2017, it might very well be this one. As I said above, you owe it to the devs, to support great game such as these, but most importantly – you owe it to yourself. 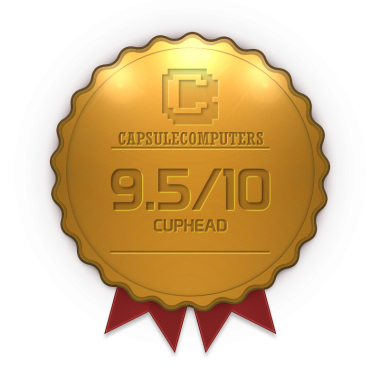 With challenging gameplay, captivating soundtrack and gorgeous art, Cuphead is a must play game for this year and every year after.
9.5