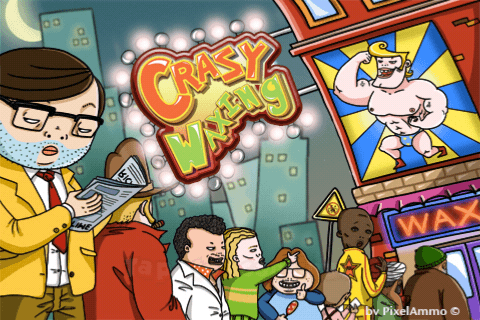 Ever wanted to work in a waxing salon? No, me either. But if you’re like me and are getting sick of monotonous puzzle games then take a look at Crazy Waxing. Pixel Ammo’s second game of the year, Crazy Waxing, is a puzzle game with an odd premise. As the owner of a waxing salon, it’s your job to get through the line of people eagerly waiting to be smoothed out. If the story line doesn’t impress you, read on, Crazy Waxing has many redeemable features. 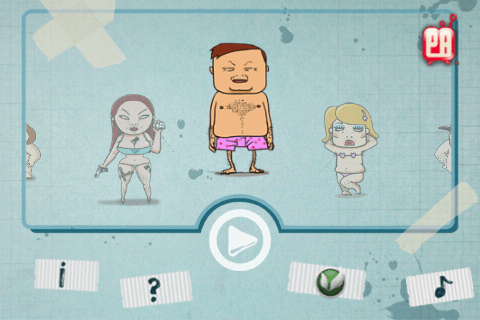 The gameplay of Crazy Waxing is pretty simple. When you break it down, there is a row of hairy customers who are all in need of a wax. Each customer has five uncannily hairy areas on their body: their face, torso, hands, feet and, how do I put this, bikini zone. Within these levels, are obscurely shaped patches of hair, and Tetris shaped wax strips. Like Tetris, the player can rotate the shapes so they fit into the frame of the puzzle. Strips can be rotated by using two fingers placed on the screen and turning the strip until it is in the desired position. Once the wax strip is in the correct, well hopefully correct place, it can be stuck down to the hairy patch with a tap. You can either place more strips on the hairy areas, or swipe across the screen to rip the hair from its roots. Personally I tend to try and place all the strips at once and then rip them all off in one horrible swipe. 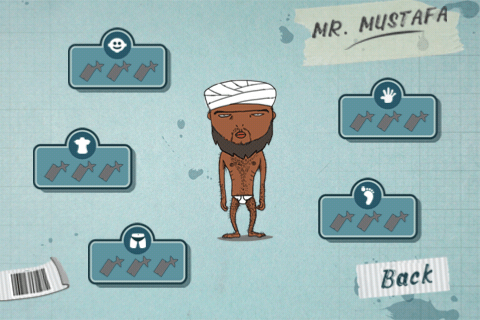 Points are scored by how much hair is removed from the characters section of the body and rated with one, two or three golden razor blades. There is also a reward of a gold, silver or bronze medal if you complete the level quickly enough. The more customers you wax the more customers start to come through your door. There are nineteen customers in total to be unlocked as you gain waxing skills through the game. As you progress the customer list grows, starting with two at first, until you reach the final nineteen. 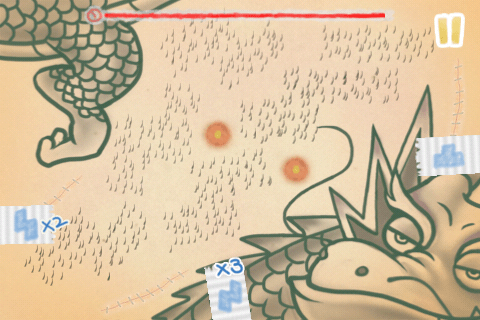 With such a disgusting concept behind the game, you can expect that the graphics will match the awful imagery that comes to mind when you think of waxing a programmer named Dr. Chin. There is a hilarious change in character design after you’ve waxed the customer smooth. The hairy customers tend to look disgruntled and impatient, I can only assume because they’ve been waiting in line some time and the hair has gotten to that really itchy stage. After the waxing is all over with, the characters stand in a victorious pose, finally content in their smooth skin. There is also a slightly disturbing attention to detail of graphics within levels. Characters have weird cuts, scars, stitches, what looks like boils, and even tattoos. While the graphics are a little gross at times, it really does make the game. With such simplistic gameplay, the narrative of the game is really held together with how well the graphical side of Crazy Waxing as been pulled off. 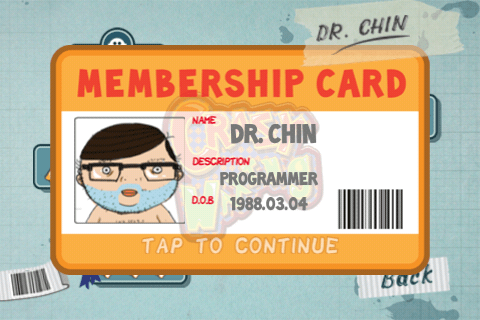 There are two different musical scores through out Crazy Waxing. The game opens with a little carnival tune that extends into the main level section screen. The characters are lined up and with the music, makes it seem a little bit like a circus side show, which would make sense with all the near-beard women. Once you are in the portion of the game that involves a strategic removal of hair the music changes. The music here is more similar to other casual puzzle games such as Tetris or Bejeweled. I’m pretty fond of this sort of music, it isn’t too alarming and you can just sit back and plan the best way to approach the puzzle. That is until the timer at the top starts to flash and I frantically place strips anywhere and begin to rip them off blindly. That being said, the sound effects of the game add to the overall weird humour of the game. The wax strips cling to the hair with a splat and when you remove the strips with cringe-worthy noise you can almost feel the characters pain, even more so when they actually scream.

Crazy Waxing is a nice little twist on a traditional casual gaming format: the puzzle. The puzzles themselves get challenging towards the end of client list so the game isn’t at risk of being too simplistic. While the idea behind the game is simple, it is really pushed forward with this weird narrative of a waxing salon, and really hits home with the crazy graphics. It may at times be a bit grotesque, but Crazy Waxing works. If you’re into puzzle games, hairy people or even formally hairy people, check out Crazy Waxing.