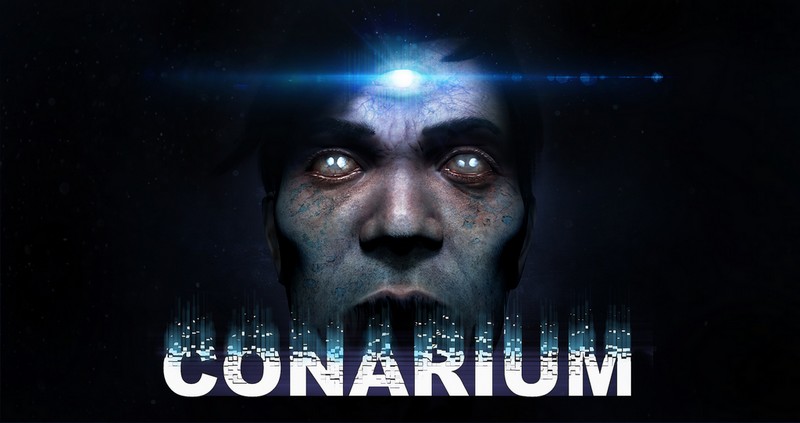 People say there is this trend of watching first Die Hard for Christmas since it is a perfect movie for such occasion. I have something similar. Whenever I get disappointed in the current state of horror movies by seeing something new riddled with obvious CGI or cheap jump scares, I go back to rewatch Carpenter’s The Thing. The feeling of isolation, hopelessness and chilling dread is something that’s never been well replicated in later movies from that genre. That’s one of the reasons why Conarium caught my attention. Set in a similar location like The Thing and inspired by Lovecraft should be a winning combination for a good horror game. Let’s see if it actually is.

You wake up in Upuat, an Antarctic base located near the South Pole. Enter Frank, one of the four scientists assigned there. Although, it’s just him now in the whole base with no one else to be found. Well, him and a strange little device attached to his hand. There are bits of memos and documents scattered here and there but nothing that could give you a full picture of what happened.  Not to mention the occasional visions you’re experiencing that only make the whole thing more confusing rather than being helpful. Oh well, time to take the matters in your hands and start from square one. First thing on the list is to restore the power to the base, scavenge around for more clues and take the elevator down. Now, I mentioned above how Conarium draws a lot from Lovecraft. It’s really one particular title and the game is heavily inspired by it – At the Mountains of Madness. For anyone here who has read it, this is the point in the game where you can get the general idea where the story is going and what are you up against. With that said, Conarium is still far from a carbon copy of that work and there are moments and story segments that will surely catch you off guard. Either way, you’re in for a good eerie experience regardless of how familiar you are with Lovecraft’s works. 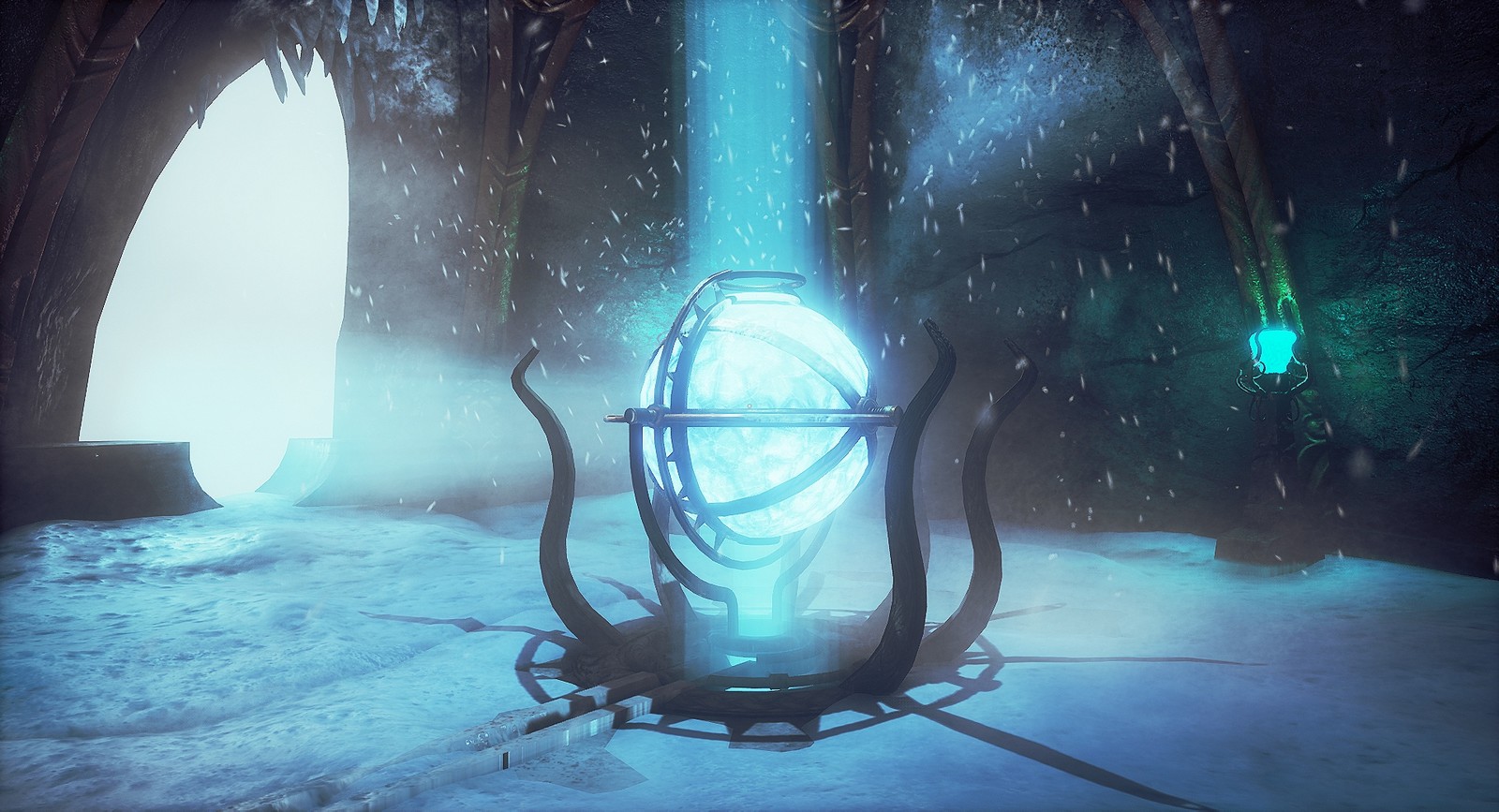 Aside from exploring and learning more about the story (and yourself), the majority of gameplay boils down to finding key items and interacting with specific objects to trigger cutscenes. Later in the game, we encounter some ghoulish entities what we’re forced to evade and hide from. Luckily, these moments are rare since the hide-and-seek gimmick is something I find cheap and a lazy cop out when it takes the huge chunk of the game. Conarium cleverly evades this by putting the emphasis on the exploration part and letting you really breathe in the atmosphere (no pun intended). And it’s hard not to, considering how all the locations tend to be mesmerizing as they are scary. Also, expect to solve a few puzzles later along the way but they’re far from difficult. One or two will require some backtracking and to pay close attention to the environment for hints. 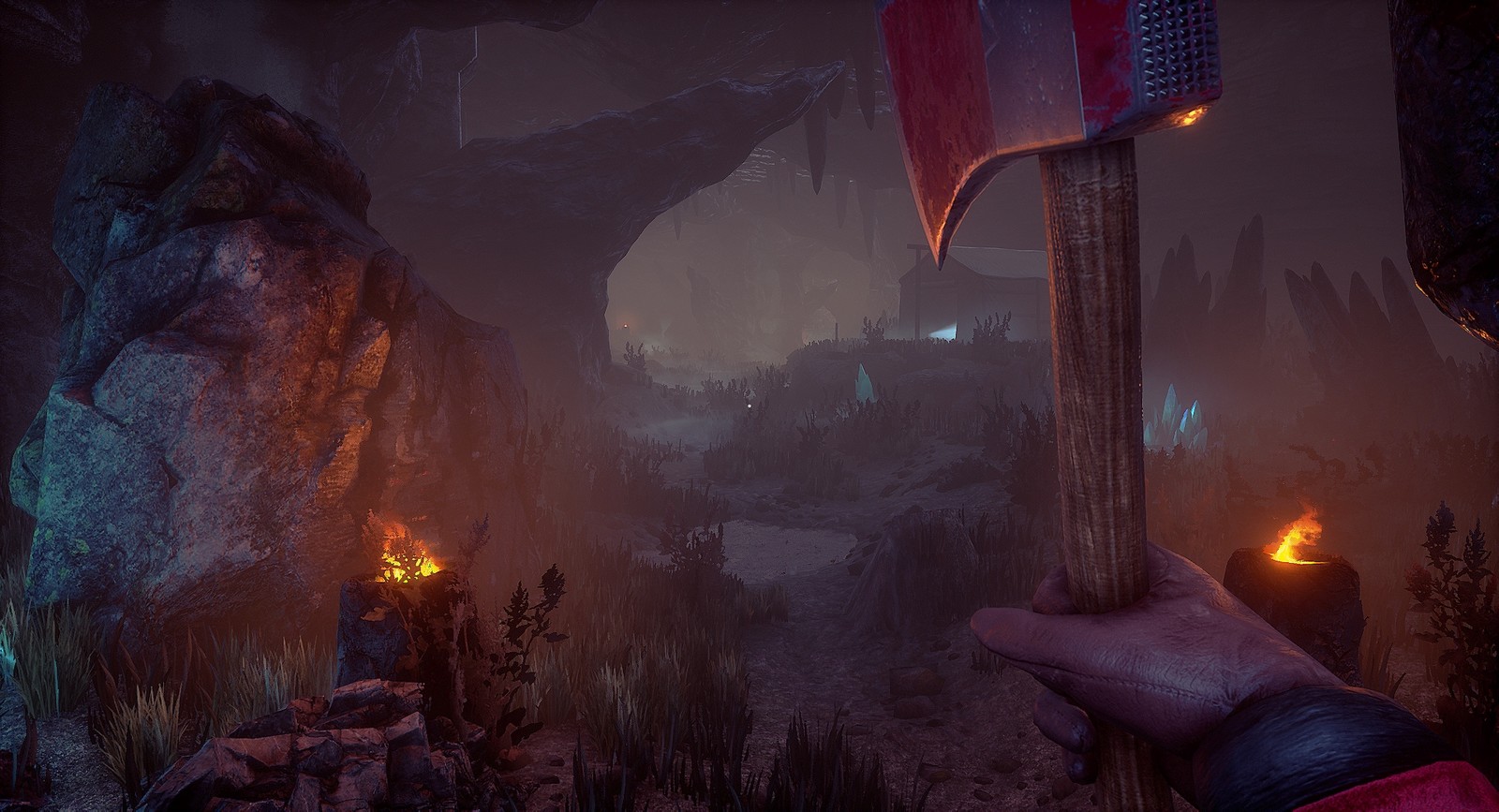 Now, this aspect of the game is something where Conarium truly excels at. There are all these carefully crafted details, like the puddle of a melting snow just before the exit door of the base. Or almost feeling the harshness of the blizzard on your face just by looking at it once you’re outside. As soon as you start playing, you get a clear image of how much effort went into crafting every bit of the environment for the game. That alone drives you to explore every nook and cranny there is. You’re kind of rewarded for it as well, since every few minutes of progress you can stumble upon something that’s just a perfect screenshot opportunity. I know I captured a whole bunch of them. There are a couple of moments where it’s easy to notice a different quality of people and other moving entities (a certain cat you meet early in the game comes to mind). It’s not a step back in quality or anything like it, it’s just….different. From a certain angle, they seem almost done in a cell-shaded manner and that can take you out of the experience a bit. 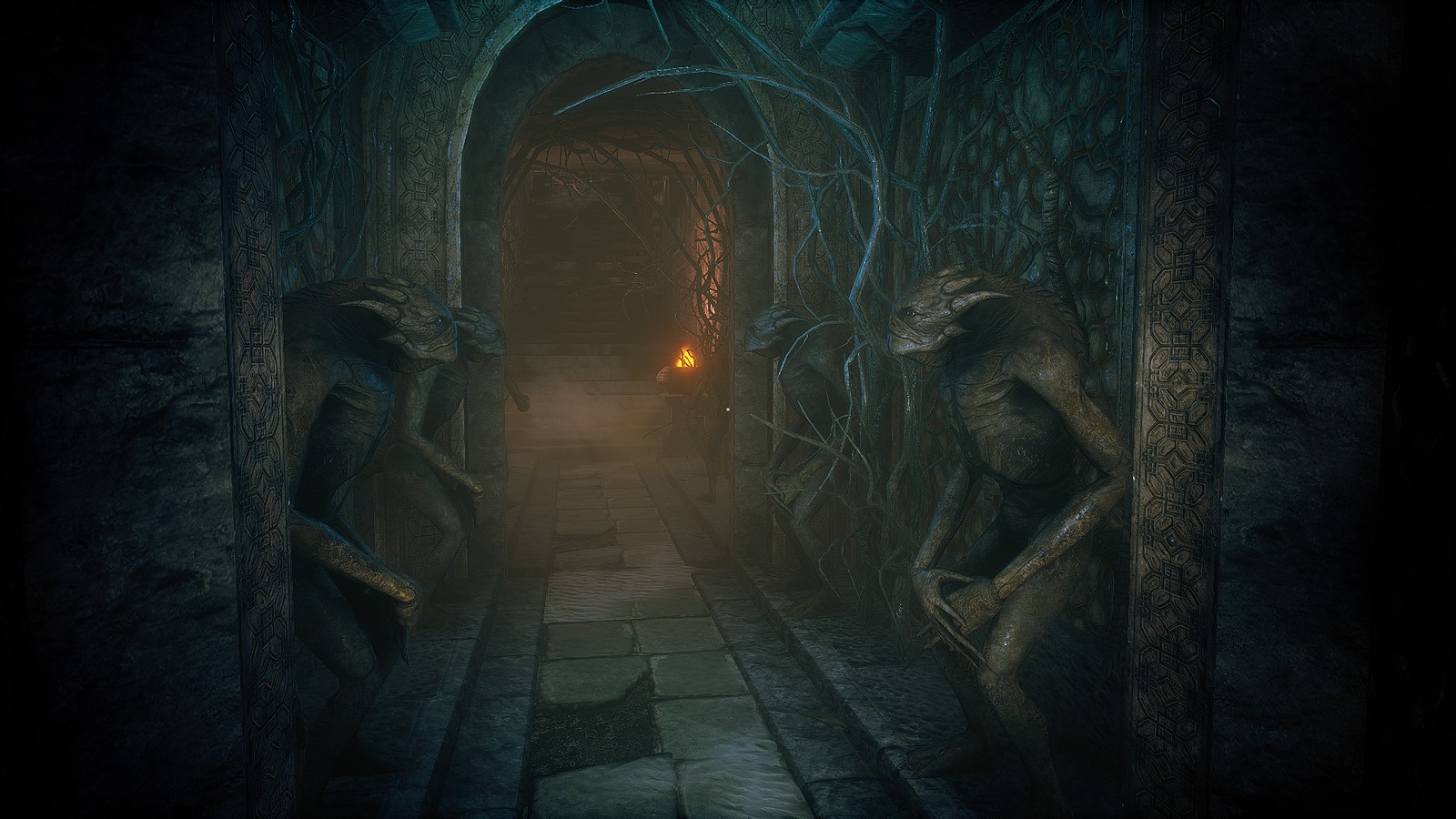 As much as I was impressed with visuals, I can feel the same for the sound portion of the game. Most of the audio is focused on the ambient and it does its job great. However, there are some stages where the music is so good that it can stop you in your tracks. There was one moment in the game when you take the elevator down for the first time and shortly after a certain tune starts to play. After a minute of listening, the first thing I did was to pause the game and start googling more about Conarium thinking “did they seriously managed to get Akira Yamaoka for this”? But no, they didn’t. Sometimes the music is just that good. 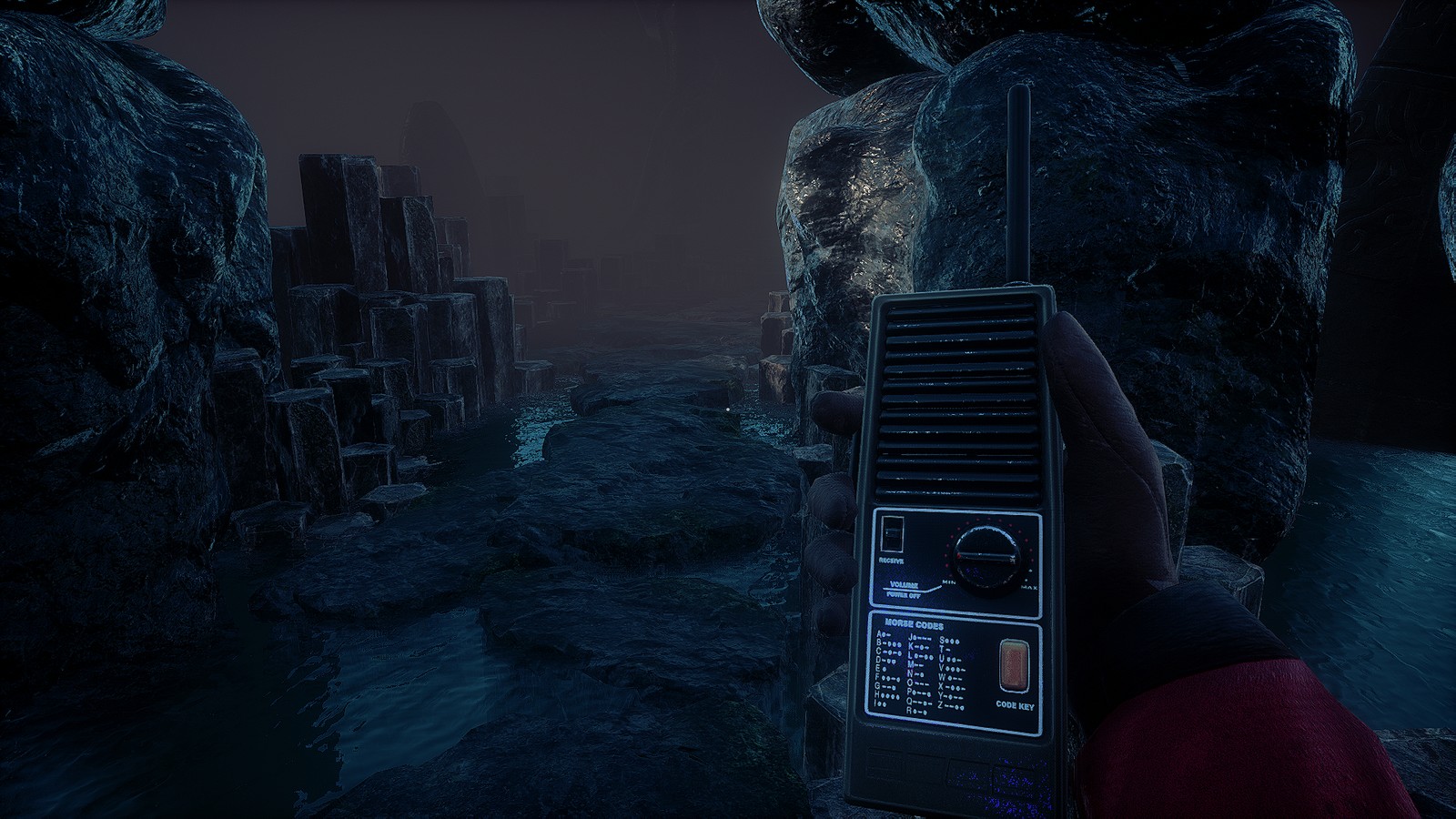 On a special note, there is something in Conarium that I rarely encounter in games, at least not enough of it that I can write about it. I played a good number of releases this year but I haven’t seen a title yet that’s so well optimized as Conarium. Everything runs super smooth all the time, with no hitches or stuttering. Considering how many games often make the news due to poor optimization, I feel like we should point out more when someone does it right. So props to devs on this one, amazing work there. There’s also a matter of game’s length since you can finish the story in 3,5 to 4 hours without rushing it. I still wouldn’t call it short by any means, instead I’d go with “just enough”. Anything else would feel like it’s drawn out for no good reason other than artificially increasing the playtime. In the end, consider that you’re getting a game with AAA looking visuals and an intriguing story that’s building up slowly as you play. And making you feel tense and at the edge of your seat is only a good side-effect of it.