Story
The Hyperion Corporation is tired of all the treasure hunters running around and doing their “treasure hunting” all over Pandora. They decide to deal with the “problem” by sending an Interplanetary Ninja Assassin, a stealthy CL4P-TP robot (known as claptraps)  designed to wipe out all the treasure hunters. Anyone who has played the game completely, knows about this little guy already.

This claptrap doesn’t do what it was intended to do; however, and after arriving to the planet things change. After seeing the terrible working conditions of his fellow claptraps, he gathers the other claptraps together and creates a rebellion. 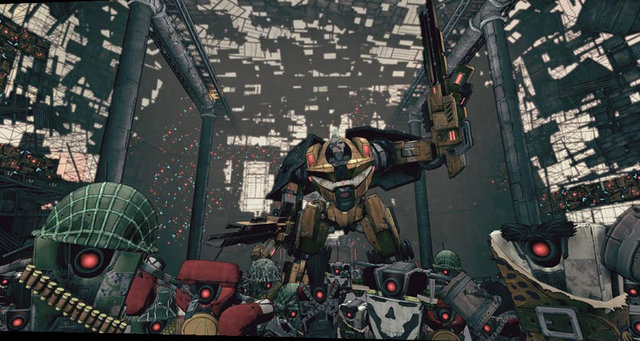 Gameplay
Claptraps. Lots of Claptraps. From the beginning you will run into a whole bunch of claptraps, and throughout the entire add-on you will face claptrap themed enemies. Since the Claptraps are hosting a rebellion, it makes sense that you will run into a lot of them. These claptraps aren’t all the cute kinds you see everywhere during the main game either. During this add-on you see altered claptraps that look more menacing than then normal -friendly- types. The rest of the enemies are also themed around claptraps, with both human and claptrap bits stuck on to make humanoid type beings.

The regular humor found throughout Borderlands continues to be seen throughout this add-on. The claptraps themselves aren’t dangerous, but the sheer number of them cause problems. It is kind of like the zombies from a previous add on. There is even a mission that requires you to collect claptrap parts, and this one is also just as annoying as the one where you collect brains. Other missions in the add-on fit the generic Borderlands missions, such as going to a certain location, or collecting stuff. Even the places where you travel too look familiar, though they are unique in their own way. 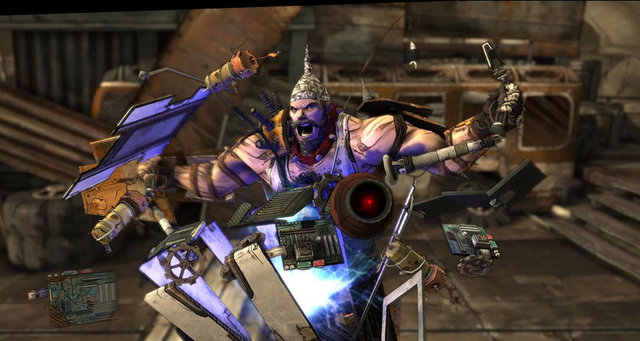 Achievements
Tons of collecting, everyone loves these! Yes, I was being sarcastic. These collecting ones actually require you to kill a lot of claptraps. You can’t just find these lying around, you have to get lucky enough to get these as a drop and currently they are glitched. What is better than a glitched achievement that is based on luck? Nothing! Luckily, there will be an update soon that fixes the glitch and unlocks the achievement if you by chance already collected the required stuff. Then there are the boss fights, that are just repeats of bosses you already killed, but this time they have been claptrapified (I’m sure that is a real word). These battles aren’t actually that hard, but at least there are multiple boss battles this time (kinda…).

Overview
Fans of the game are going to have a really bad case of de’javu from this add-on. While the add-on is actually pretty massive, with a healthy helping of places to travel to and missions to do, there isn’t really anything new by means of the definition. Most of the missions reuse previous mechanics extremely closely, and a majority of them are heavily based in collecting more junk. While the premise is still there, with weapons to collect and bad guys to kill, there isn’t really anything new in this add-on; which isn’t totally bad in this case, it just would’ve been nice to have more “new”. This add-on would have been perfect with a few new levels to gain as well (especially for people already at the max), but those don’t come out for another week or so (Free title update). So, in my honest opinion, I would just wait for the increased level cap update to come in and then play it. Also, since the achievements are currently glitched (as of writing this) it is simply best to wait a week, and then pick this add-on up.