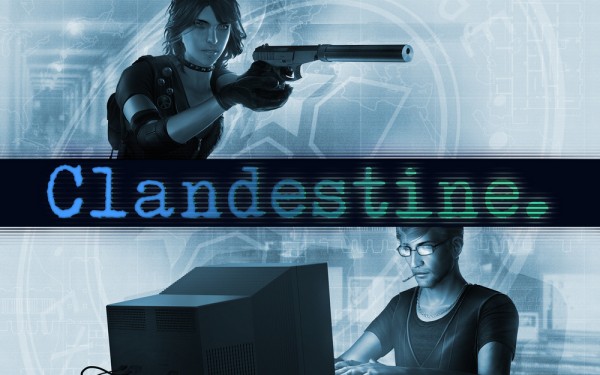 Clandestine is a co-operative stealth game that is a throwback to old school stealth games from the early 2000. Unlike modern stealth titles, players are not the predator lurking in the shadows. Instead, the player is no tougher than the average guard and must sneak their way to success. Set in 1996, two players will work together as the spy with the boots on the ground and as the hacker providing overwatch to stop an intelligence leak that is killing veteran spies around the world. 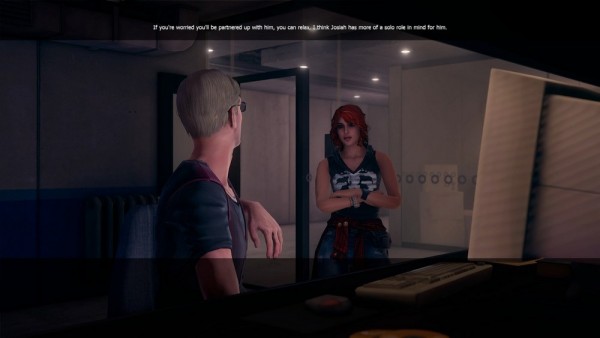 It is 1996. The Cold War may have been over a few years ago, but spying is still alive and well. Unfortunately, spies from both the former Eastern Bloc and Western Bloc states are dropping dead without warning. With assets getting their covers blown, the American CIA and the Russian FSB have decided to take matters into their own hands by creating an off the books joint venture known as the Kingbridge Executive to try to stop the leaks. The organization is desperately underfunded and understaffed due to the unofficial nature of their work, leaving relative new comers Katya and Martin to spearhead the fieldwork.

Clandestine’s plot feels pulled out of a good spy film. The story isn’t groundbreaking and runs into a few tropes, but it is enjoyable. I like the fact that the game is aware of the player’s performance, such as complimenting players on clean stealth runs. I also appreciated the game’s unique setting, as there gap between Cold War-era spying and modern day settings that is underserved by both film and video games. 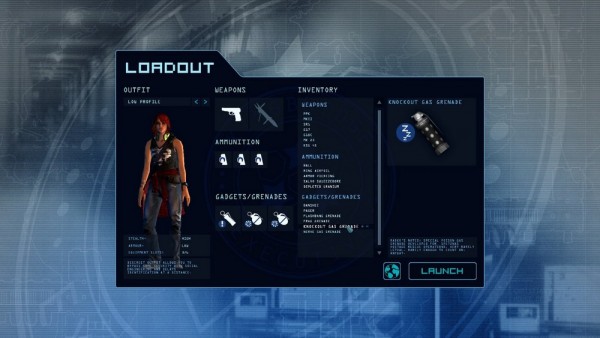 Clandestine is designed with two players in mind. Each player takes on a unique role and are dependent on the other for success. Katya is the main point of infiltration, sneaking her way through levels to accomplish her mission. She is armed with a variety of weapons and tools to assist her, but her best skill is to avoid combat and detection all together. Assisting her is Martin, who provides guidance, intel, surveillance, and help through digital based barriers. While Katya plays from the third person perspective, Martin has access to surveillance cameras and a Pac-Man like map that represents the target’s network. He must dodge the network administrator to discover find keycodes for doors, blackmail opportunities to help Katya talk her way into restricted areas, and necessary intel to complete the mission, all while providing overwatch for Katya. Katya is essentially blind as she lacks access to the map. Armed with only a general sense of where her next objective is, Katya relies on Martin to temporarily disable security cameras and guide her in the right direction. Martin also has access to a limited number of special abilities to support Katya, such as disabling triggered alarms or removing bodies from the scene. 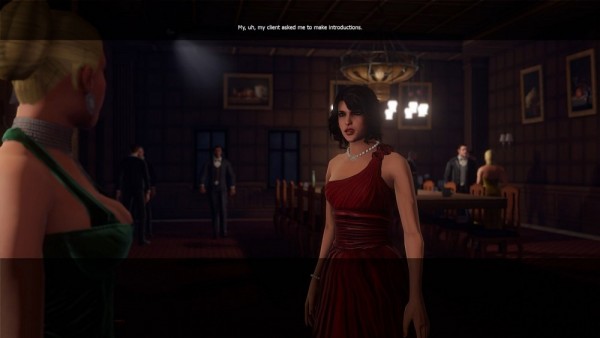 For better or for worse, Clandestine is an old school stealth game from the days of Metal Gear Solid and Splinter Cell. Players who lack experience in the early days of the genre may be surprised by missing modern features like moving bodies into the shadows. More importantly, Clandestine is not a combat oriented stealth game. Instead of striking from the shadows without mercy, players need to treat guards with a certain level of fear as Katya lacks regenerating health and can only take a few gunshots before she dies. Her fragility emphasizes Martin’s role as overwatch, as his view of the bigger picture can guide Katya out of potentially dangerous situations. The close knit relationship makes for a great co-op game, especially when paired with VOIP software. It is a real shame that no VOIP option was built into the game, because voice chat turned the game into an immersive experience. 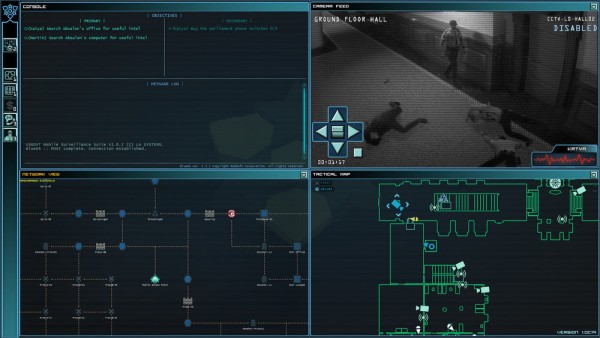 While focused on co-op, Clandestine can be played solo. In this mode, players are able to switch back and forth between Martin and Katya. Katya is also given the ability to order Martin to help her out, which eases some of the more complex maneuvers that normally would require two players to complete. It’s workable, but solo play is definitely clunky and nowhere near as fun or as immersive as having a buddy’s help.

The default difficulty level in Clandestine is at a good level. For those struggling or needing a bigger challenge, the developers have provided very detailed difficulty sliders that keep the game’s co-op nature in mind. A player who is struggling with Katya can lower the difficulty of the stealth gameplay, while their partner can raise the difficulty of Martin’s hacking to keep things interesting. It is a great system that more co-op games should consider implementing.

Clandestine spent some time in Steam Early Access, but is still suffering from serious some bugs. The most common bug I ran into was Clandestine having problems with keeping the mouse locked with multi-monitor set ups. Slightly less common but just as annoying bugs included problems with tutorial windows not disappearing and Katya disappearing from Martin’s map. As of the publishing of this review, three patches have gone out, but there is still some bug-stomping left to be done. 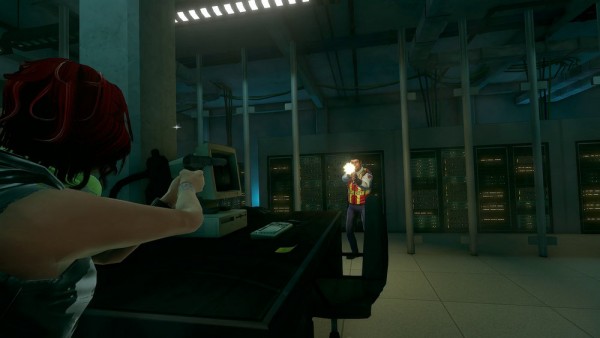 Clandestine feels pretty retro. The game’s low-poly models and almost cel-shaded like textures work in the game’s favour, creating a modernized interpretation of the graphic style of the 2000’s. The art direction is very 90s, with the era’s fashion and technology featured prominently throughout the game. The animations are not the best. Martin’s movement animations are the same as Katya’s, which makes Martin look a little silly as he wiggles his hips around when walking. The speech animations are especially awkward on females, with lips being stretched into position instead of moving naturally. On the technical side, Clandestine ran without any noticeable issues or hiccups in my testing. 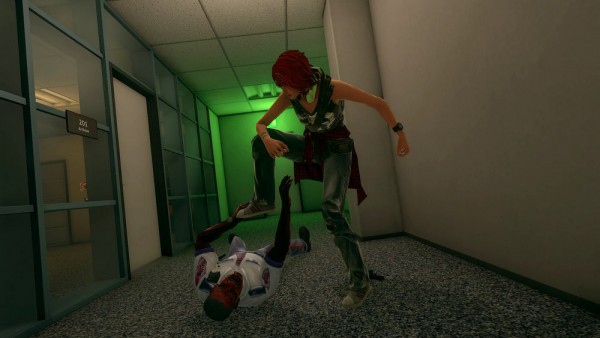 Clandestine boasts good sound effects and soundtrack. The game is fully voice acted, though not very well. Boss Josiah Gray’s voice actor is the best of the bunch, providing a high quality and professional performance. The voice acting for the other roles are definitely weaker, with Katya’s English lines feeling the most amateur of the bunch. I give credit to Logic Artists’ attention to detail when it came to foreign voice acting. They are not shy about putting in roles that speak in a variety of different languages, which helps create an immersive experience.

While it lacks some polish, Clandestine is a great re-interpretation of the early days of the stealth genre. The game does struggle with some weak voice acting and poor animations. However, it is worth looking over these shortcomings for Clandestine’s great asymmetrical gameplay, immersive experience, and tense stealth gameplay.