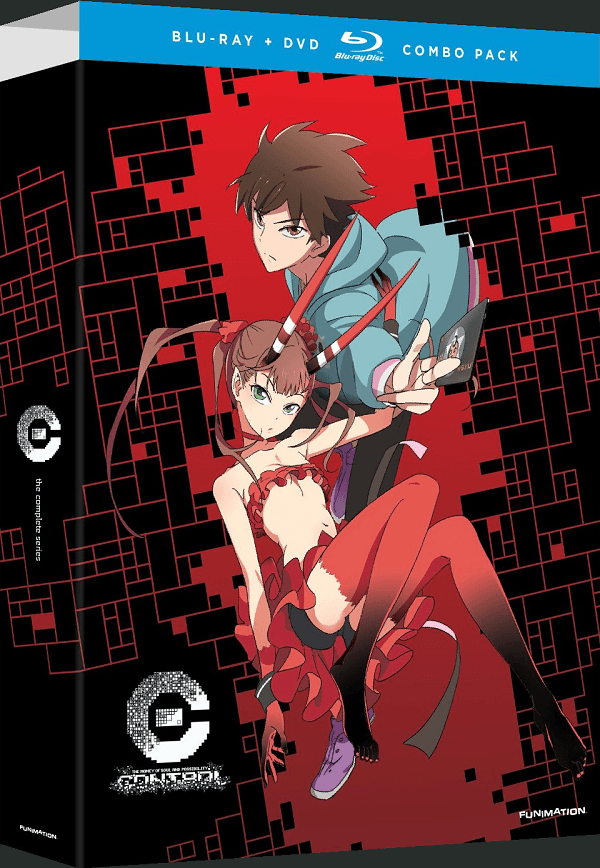 Overview:
Out of the many subjects that an anime company could create a series based around, many studios choose to create either a simple slice of life series, a harem or romantic comedy series or something that is simply action packed. However one series in my memory has ever tackled a subject many people find rather tedious, economics.

That series was Spice and Wolf and while that franchise may have taken this economic angle on with slice of life and drama, a new series called [C] – Control – The Money and Soul of Possibility has been brought over to the West that brings with it plenty of action and an intriguing plot. Will this series succeed in providing an interesting economic based story?

Story:
The story of [C] follows a college student by the name of Kimimaro Yoga. Kimimaro is a rather standard boy who has a rather simple goal in life. You see, all he wants to do is make enough money to live a normal life and be able to support a wife and child and create a happy family. However things are difficult for Kimimaro as he works hard at part-time jobs while trying to study for classes in college and attempt to have some sort of a social life.

However one night he is approached by a strange man who introduces himself as Masakaki, a representative of the Bank of Midas. Masakaki tells Kimimaro that there is an opening for a “Entreprenuer” in his district and if he wishes, Kimimaro has the chance to earn more money than he ever could have dreamed of. However there is a catch, the Bank of Midas offers large sums of money to “Entres” as they are called but for collateral the bank takes these Entres’ futures. 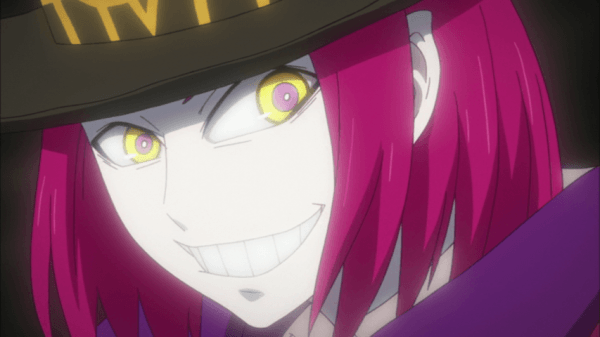 After becoming an Entres, Masakaki whisks Kimimaro to the Financial District, an otherworldly place, and tells him that in order to gain money he must fight against other Entres using “Assets.” These Assets come in many different forms and Kimimaro’s happens to be an almost human looking girl named Msyu. What makes these battles all the more intense is the fact that not only does each blow dealt to either the Entre or his/her Asset drain money from your account, these attacks happen to be powerful magical ones, some of which can even destroy entire city blocks.

As Kimimaro comes to grips with his new found power and money, he must try and work with Msyu and avoid going bankrupt, for anyone who goes bankrupt will sacrifice their dreams and lose their future. As Kimimaro fights against others to try and avoid bankruptcy, he learns of the disastrous consequences that the Financial District can cause and he is quickly swept up in a series of events which may just lead to the collapse of the entire world economy and even worse, the loss of the entire country itself. 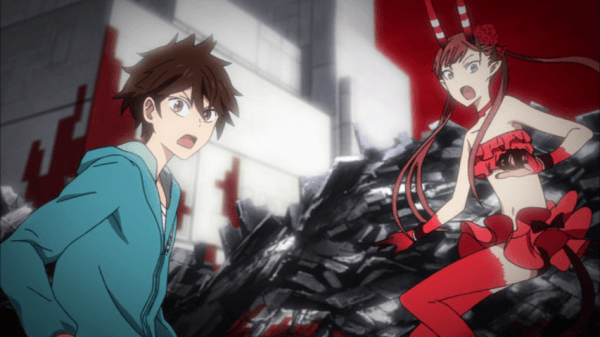 [C] does something that is a rather rare occurrence in, well… any line of entertainment. It makes a storyline that is centered on economics and makes it mostly entertaining. How does it do this you ask? By not only creating a strong philosophical base as well as a number of action packed fights that keep things interesting as well as the humorous interactions between Kimimaro and Msyu as the two grow closer to one another.

Now the main story point of [C] is what someone should put their efforts towards. Should they focus on trying to make sure that their future is safe and secure and that they will live happily later on? Or is living in the now the best thing to worry about, as your current self is one of the few things you can be sure about. [C] brings these two contrasting ideas to of the members of the Financial District begin to clash and ultimately brings forth a question many people ask themselves multiple times in life. 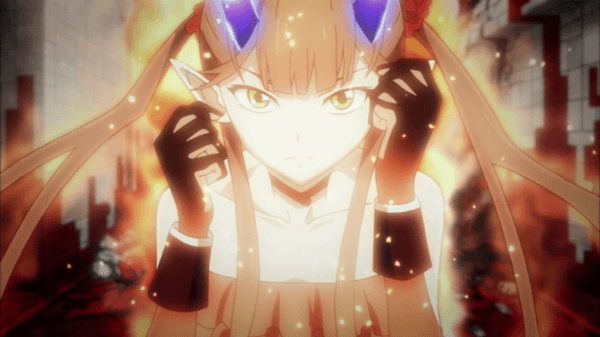 That being said, the economic focus of [C] can cause the series to drag at times as various things are explained and sequences slow down. It is also worth noting that despite there being a large number of action sequences where Kimimaro and Msyu must fight against other Entres, most of these battles are either cut entirely short or are extremely predictable, which is quite a shame as they always help pick up the pace of the show when it begins to crawl thanks to heavy dialogue sequences.

Visuals:
[C]’s artwork is rather impressive when the viewer simply sees the world outside of the Financial District but the series really shines whenever the focus shifts to the other dimension. In the Financial District everything is presented with a nice sense of style and bright colors that really help bring out the otherworldy nature of the place. 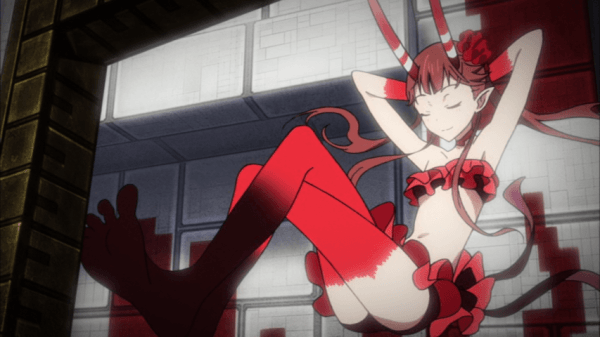 As for the character designs, the human characters are rather standard in their designs and are nothing too impressive outside of battle sequences. That being said, the various designs of the Assets, especially Msyu herself, are simply gorgeous and whenever two of them begin battling the animation quality seems steady throughout. In fact, [C] features a number of sequences that blend in 3D character models into the 2D world rather well in most of these fights and sequences that involve either Msyu or Masakaki.

Audio:
As one would expect, [C] features both the original Japanese dub as well as the newly recorded English dub by FUNimation. As far as the voice work goes, the characters are rather well done and each voice actor seems to fit their role well. One thing that does deserve special mention is the way that the company provided a neat filter to the voices of the Assets as they talked to their Entres whenever they were in the human world. 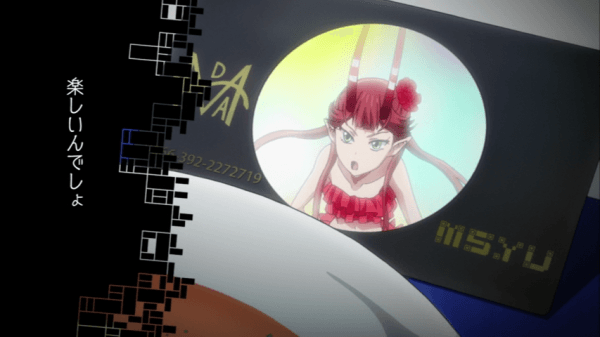 Most of [C]’s background music is unfortunately rather forgetful as none of the background tracks leave any impression on the viewer with only a couple of action tracks even being noticeable throughout the series. As far as the opening and ending themes go, we have “Matryoshka” by Nico Touches the Walls and “RPG” by School Food Punishment. Both of these songs are rather enjoyable and the opening theme is set to some interesting animation sequences that make it worth watching more than once.

Extras:
[C] contains a number of standard bonus features in the form of the original promotional material used in Japan, an English trailer, clean versions of the opening and ending songs and trailers for other FUNimation releases but alongside these extras is something that most people should probably read through if they aren’t up to date with their economic terms. 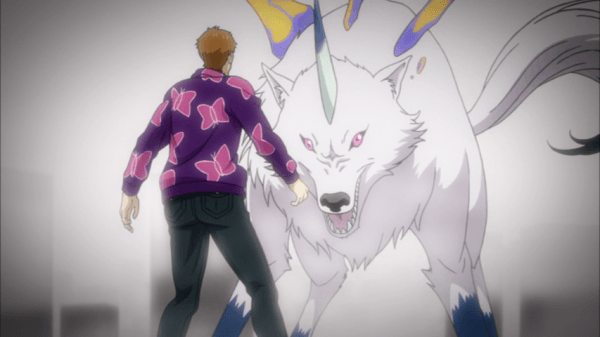 On the second disc is a C-conomics 101 bonus feature that provides a helpful explanatory guide to many of the economic terms used in the series and even contains an explanation of the various attacks that are used in each episode, as these attacks are often related to economics in some form such as Msyu’s Overheated Economy.

Outside of those bonus features there are also a pair of commentary tracks on this release. Episode 5’s commentary is provided by J. Michael Tatum who voices Souichirou Mikuni as well as Monica Rial who helped write the script and voices Q, Souichirou’s Asset. The two spend most of the commentary talking about how writing for the show and its focus on economics was extremely interesting as well as some of the philosophy presented within the series. 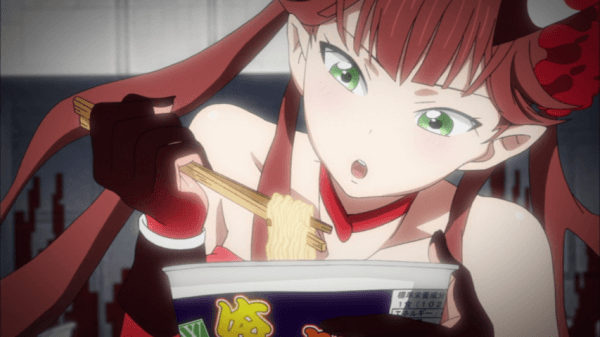 Episode 11’s commentary features Todd Haberkorn, the voice of the main character Kimimaro Yoga and Brina Plancia who handles his asset Msyu.  These two spend most of the time talking about the recording process as well as reveal how some other voice actors try to “bomb” each other and make the recording voice actor mess up their line or laugh during recording.

Overall:
[C] – Control – The Money and Soul of Possibility tackles a rather mundane subject with a decent amount of action, a few humorous moments here and there between Msyu and Kimimaro as well as a plot that will leave you thinking after the final episode wraps up. That, along with an impressive level of animation, helps [C] do an impressive job of keeping the viewer interested, however it is still plagued with multiple points where the story slows down to a crawl and is loaded down with multiple economic terms that almost certainly require a visit to the C-conomics extra to understand.