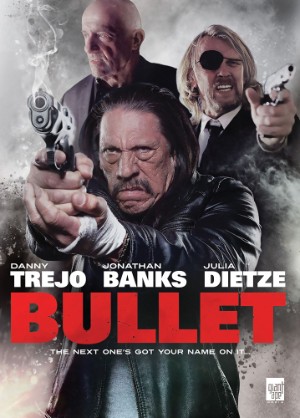 Overview
Anyone that knows Danny Trejo by name, is sure to know what the grizzled actor is best known for action. So, an indie action releasing with him in the starring role is no big surprise. The biggest question is just how good of a movie the film will be, when having to face the competition on the market today, and if Danny Trejo is the the best part or just one of the good parts of what the movie can provide. With a name like Bullet, it’s just a matter of seeing how long until they start to fly. 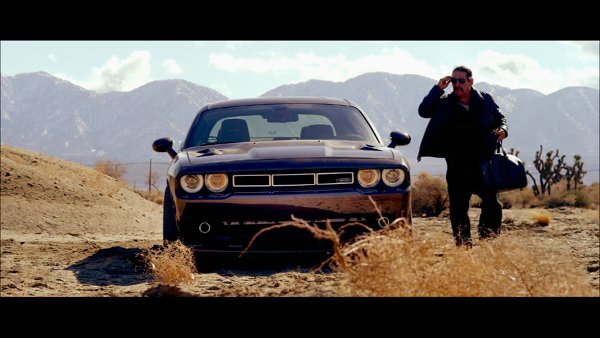 Story
One of the nice parts of Bullet, is that the movie does actually have quite a bit going on in the way of plot. Even if there seems to be a little too much of it to fit well within the confines of a single movie. The world that is built is fairly realistic and does a decent job trying to flesh out a number of characters throughout the story. While a lot of the focus is of course on the title character of Bullet, there is quite a bit spend on the bad guys and a few of the supporting characters.

The movie itself focuses mainly on the efforts of the cartel trying to stay the execution of the boss’s son, who happened to be arrested and convicted thanks to the police work and testimony of Bullet himself. A straight forward set up that is actually able to open a lot of doors for the story to take. Unfortunately, the movie seems to get out of hand with how many of these doors it should be taking, as the villains take plenty of these doors from kidnapping, to framing, while there is also time spend getting to know both Bullet and his family. 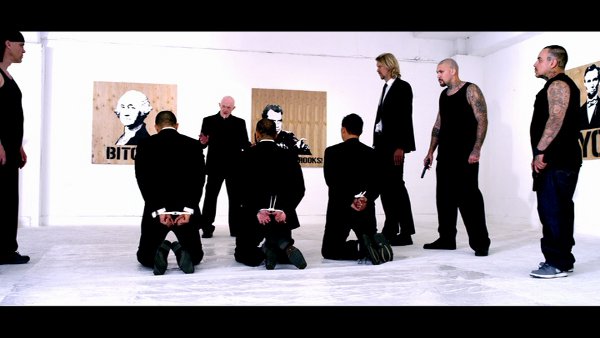 In terms of a straight forward action flick, the goal is to get from shoot out A, to car chase B, to shoot out C, which Bullet is for the most part able to deliver on. Though there is sometimes a great deal of time spend between those points and a lot of befuddling logic choices made by the characters in that pushes them forward. Not wanting to go to the police about a kidnap victim for fear of getting them killed is alright, but arbitrarily hand waving that decision away just in time to get all the good guys in a sit down meeting is a bit much in terms of suspension of disbelief.

Besides that however, Bullet does at least try to give some depth to its characters when it would have been far easier to keep all of them 2 dimensional, while this does play a bit long it is nice to even see the attempt.  Though these do end up padding the movie out longer, the action scenes have a tendency to do this as well. Several of the fight scenes seem to be almost drawn out a bit too long, with Bullet moving from room to room taking on guys, leading to the question of why it’s taking so long to find the guys in charge or why is should take that long to reach them. Those wanting the action to keep coming however, shouldn’t really find this too big of a problem, but when it’s all said and done Bullet does seem to have too much to say and do both during the action and outside of it. 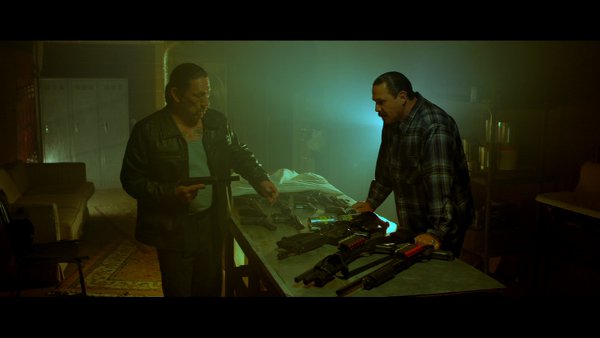 Visuals
An indie film trying to match the aesthetics of action films isn’t hard to pull off, and although there are a few problem areas that really point to the limited budget, such as effects just being a little bit off like the Mexican Interrogation at the beginning, Bullet is able to hold it’s own quite well. Danny Trejo is definitely prefect for the role here, as he shows off his action chops, but even when it comes to more of the character driven aspects, he handles it great. Any fans that know how an action film should look should not be disappointed and it clearly shines through that the team knew exactly what they were doing and what they were making with this film.

Audio
Being set in L.A. it is no surprise that the characters in the film would be a multicultural cast, but the wide diversity of it is definitely a welcome surprise. More than just Mexican-Americans, but German and French are present adding an interesting layer to how the main character of Bullet sees the rest of the world. All this adds an nice layer of authenticity the location for a place as major as L.A. and it’s numbers of population. Needless to say not many action films would feature such a variety of vulgarity in so many languages when the times get tense. 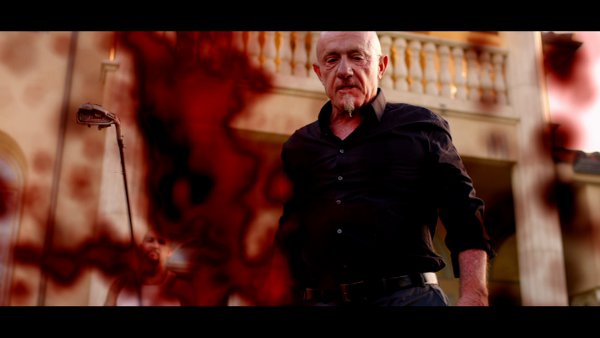 The music of Bullet, is fairly par for the course, anyone that enjoys action movies will know the standard or generic style of music that backs the action and cuts when going for location to location, but the multiculturalism comes into play in these parts as well. Scenes in different areas will feature music with the flair of that culture, giving a good boost to the different scenes and painting them more realistically as the action takes place. Though this is a bit more fair in-between as compared to the more general action style ambiance that persists throughout.

Extras
There isn’t an excessive amount of special features to check out with the release of Bullet, but there is the US trailer of the movie and trailers of other live action films from FUNimation’s Giant Ape label. There is one other major extra though in the form of the “Making of Bullet”. Featuring interviews with the cast and crew about their experience working on the film gives a nice insight, though one of the best parts is of course Danny Trejo talking about his love of working on smaller indie projects because they are so much faster and so much less time waiting. Those that enjoy the film and want to see a bit more from the cast and crew, should find it an interesting watch. 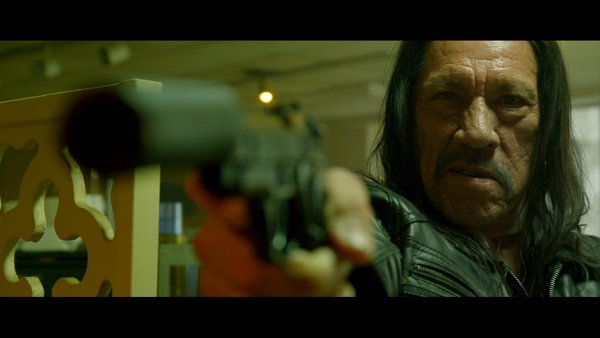 Overall
As it turns out, Bullet does have a odd way of setting itself up, in terms of reveals and action scenes that are a bit drawn out and heavy handed, but anyone that goes in looking for Danny Trejo will be pleased. Even with the limited budget of an indie film the movie never really has a major misstep, a wide selection of cultural characters and music, plus a nice sense of humor for the fairly cheesy one liners used throughout the film. Those that like action should certainly get some kicks out of this.