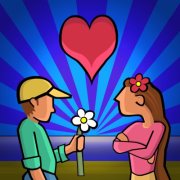 Overview
Boy Loves Girl is a whimsical, if not slightly creepy, adventure to please the girl of his dreams. This girl never seems to be pleased with anything and asks for a multitude of creatures she finds cute. Not to disappoint, our hero goes across many lands, dragging his moon on a string around to chase down and collect the animals of the girl’s desires.

Visuals
Boy Loves Girls is simply drawn and colored. There are very little details to speak of and feels like a slightly more polished version of doodle style games. The enemies in the game are extremely cartoony and are probably the most interesting thing visually in the whole game. 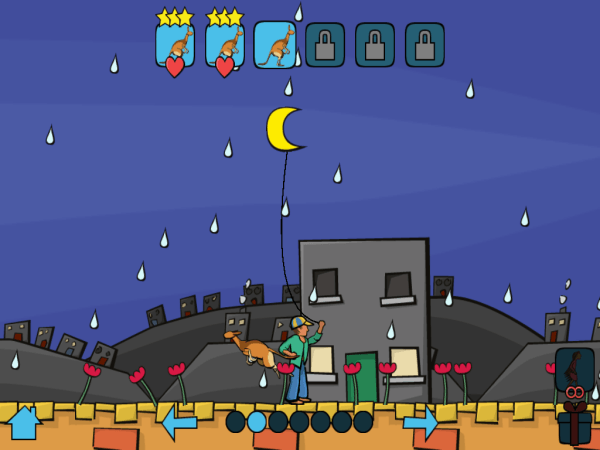 The clouds feel inspired by the Super Mario series and on a whole look great. The game is said to run at 60 fps and definitely feels like it. The game runs extremely smooth with no hiccups or slowdowns.

Audio
The music and the sound effects are simple and whimsical in Boy Loves Girl which fits into the whole theme perfectly. The game relies heavily on sound effects and ambient noise during game play, as music tends to be extremely limited in the game. Some sound effects could be vastly improved, a good example being the sounds used for footsteps.

It sounds more like a space marine in 300 pounds of armor trampling through a flower patch than a dainty young boy chasing after the girl he loves. Worst of all, there seems to be very little variation with sound effects. This is one of those games where players are not missing anything by playing the game muted or with their own music in the background.

Gameplay
Boy Loves Girl’s game play is very simple. Swipe up and down to move the moon on a string into one of four possible lanes while dodging a variety of clouds bent on ruining the boy’s dreams, all while collecting smiles that drift from the boy’s head when you successfully clear the obstacles. There are a variety of clouds, some will rocket forward like Bullet Bill in Super Mario or are thunder clouds that will destroy the moon with lightning if you pass under it. These clouds can be disabled, destroyed, or temporarily hindered by tapping on them. 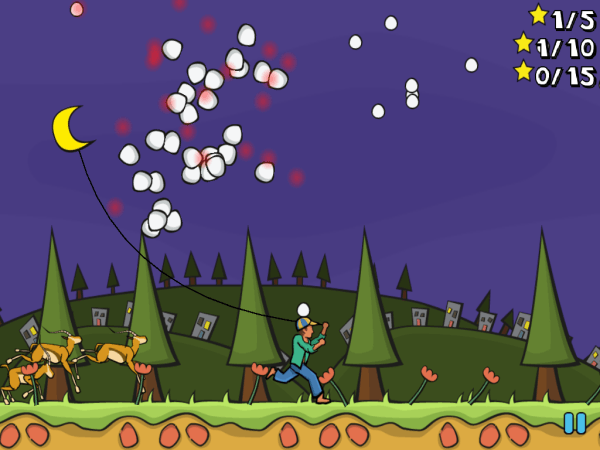 Each level comes with three optional goals that can be completed for bonus points. At the end of the level, players are presented with a daisy and the traditional “she loves me” and “she loves me not” option, successfully ending with a “she loves me” will net players with a heart for the level.  The controls are tight and on a whole extremely responsive. There is no real difference between playing this game on the iPad or the smaller screens. I feel rather torn about this game. On one hand I find the gameplay rather boring and uninspiring. On the other hand, something about the game is a little addictive, as once I start a level I feel this desire to constantly go back and complete every level in its entirety with three stars and the heart. Finishing a level with the bare minimum requirements does not feel like finishing a level at all.

Overall
Boy Loves Girl is an interesting case. If you are looking for simple game play and something naively charming, Boy Loves Girl is a perfect game. It is by no mean the next Fruit Ninja or Angry Birds, but there is an innocent charm with Boy Loves Girl that is hard to deny. Unlike something like Fruit Ninja, I struggle to find real replay value in Boy Loves Girl. Though it is only 99 cents, I feel there are much better games at the same price point. I suspect I am not alone in saying there are better things to do than to chase the girl around.