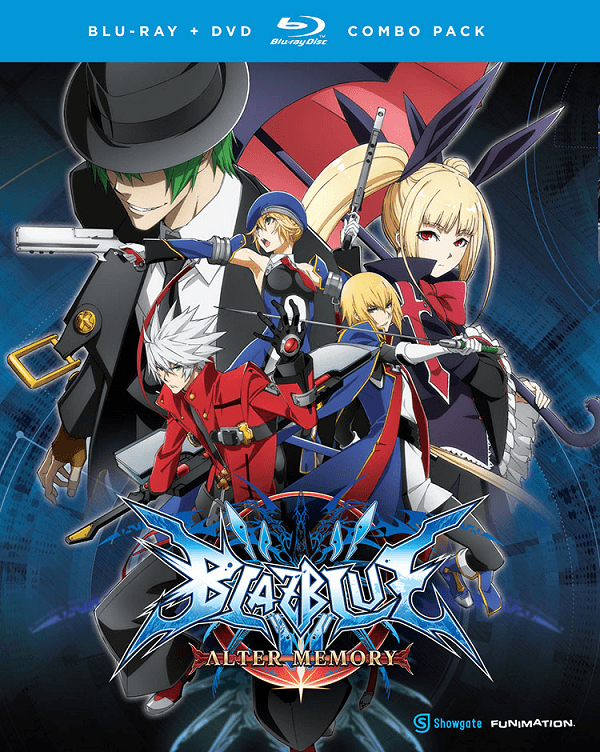 Story
Let’s just say here at the start that unless you’ve actually played through Blazblue: Calamity Trigger and Continuum Shift, you’re going to be in for a bit of a bad time. If nothing else, this anime has a very steep learning curve that will likely require at least some reading into prior to starting unless you want to be completely lost. 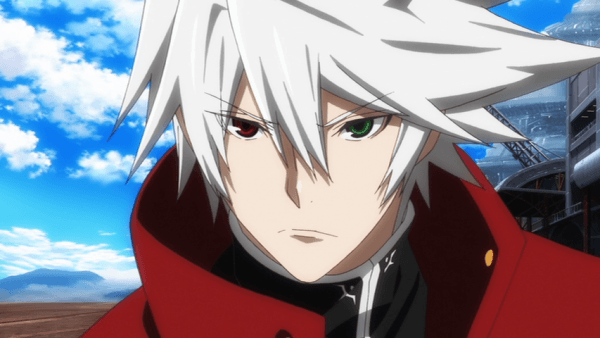 Nearly every event that transpires in the series is given practically zero explanation as to why things are happening as they, what certain character abilities are, nor are the majority of the characters that do appear given much in the way of development or explanation as to why they may be targeting a specific character or willing to help out another outside of the roughly five or six characters that actually do spend time in the limelight.

Anyways, BlazBlue: Alter Memory begins with Ragna the Bloodedge facing off against Nu-13 (whose name is only said once) only to be killed when she runs both of them through with a large blade. This process has occurred ad nauseam as a twisted god-like being has forced the world to continue to reset until certain events transpire. The majority of the world is unaware of the endless loop that they are living in outside of a couple of special beings who have also grown tired of watching the same events transpire over and over again without being able to directly interfere. 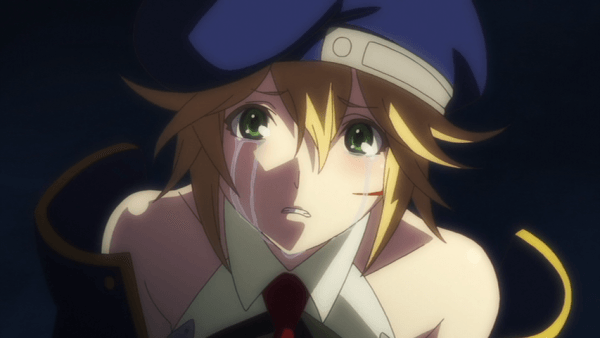 After the most recent loop however, something has changed as a young girl named Noel Vermillion has started to remember something regarding Ragna and despite it being against her orders to track down her captain that deserted after hearing word of Ragna’s whereabouts. By pursuing Ragna, she is able to interfere in the combat between Ragna and the Nu-13 resulting in Ragna surviving the encounter kickstarting the stopped gears of the world and moving it along a new path for the first time in ages.

Despite this seeming like something positive, with the flow of time restored it also means that those who have hidden away are now free to take action as one of the ancient forces quickly shows itself in the form of Terumi. Although he makes quick work of the wounded Ragna and Noel, Terumi opts to leave the pair be after the appearance of Rachel and from here the show begins to fall apart due to the fact that it simply tries to do too much and so very little at the same time. 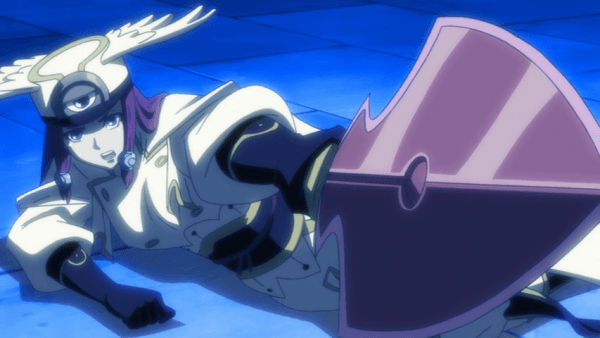 The storyline of the BlazBlue series has always been a complicated one and with the anime trying to cram as much possible into a twelve episode season things are going to fall by the wayside, especially since nearly every single character introduced at the point of Continuum Shift is given something in the way of screentime. This means that we’ll have characters such as Platinum the Trinity appear and take up a few minutes of Ragna’s time only to never play a part again, Carl Clover serve as a one-time combatant, and even Arakune appearing for a limited time.

Between the various fights that occur, Ragna spending the better part of the first half of the series trying to recover from his wounds while meandering around with Taokaka and Noel, and time spent revealing Ragna and Jin Kisaragi’s past through flashbacks delivered through bits and pieces means that there is just so much going on and very little detail put into anything meaning that all of the technobabble and poorly focused on characters that constantly appear will only serve to confuse newcomers and annoy fans of the series hoping for more. At least in some ways there are still some elements of the game’s comedy manages to transition well enough and the few character interactions that do have time to shine are rather well done. 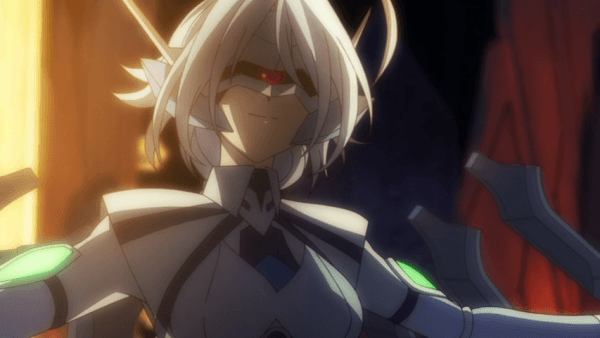 The story does manage to find itself progressing at a decent pace near the end of the series, with various developments that I cannot mention falling into place in an enjoyable enough manner for fans, especially since the series opts for following the True Ending path of Continuum Shift, though at this point there are also numerous subplots and ancient beings who have also appeared in some form only to be left hanging as an advertisement of sorts for viewers to go into the games to learn more.

Visuals
Debuting back in 2013, BlazBlue: Alter Memory marked the first time that many of the characters made an animated debut outside of a handful of in-game scenes and unfortunately the series manages to be hit and miss regarding these characters. The designs are still quite flashy looking and are just as colorful as they were originally, however the quality of the designs fluctuates badly throughout the season, with characters looking downright terrible at times during the calmer moments. 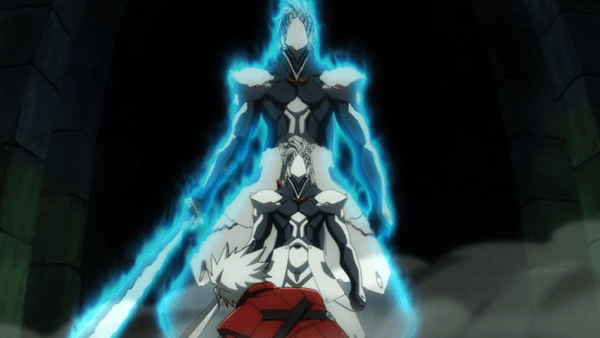 The action sequences are at least a small highlight as many characters will freely use their special attacks with quite a bit of flair transitioning nicely into animated format and there is a decent sense to the combat choreography here but don’t expect too many intense moments as the clashes between characters are often handled in a manner that doesn’t give off much in the way of suspense.

Audio
I will give FUNimation quite a bit of credit here as they managed to bring back all of the original voice actors to reprise their roles here in BlazBlue: Alter Memory. This is essential to English fans of the games as the titles have always been extremely word-heavy and there would have been quite a bit of disconnect if new voice actors were brought in instead. Thanks to this, the characters sound superb and there are plenty of nice moments during combat where characters will loudly shout their special attack names in a manner fitting the source material. 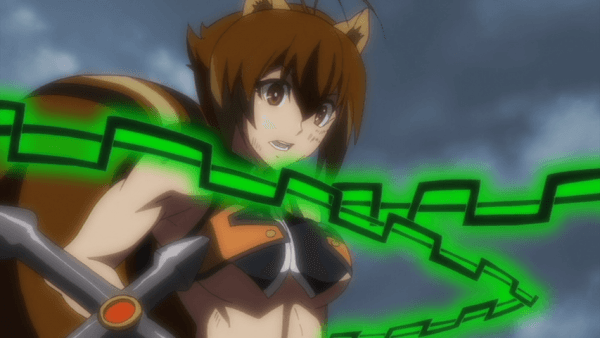 As far as the soundtrack is concerned, the background music during combat sequences are enjoyable and fit the action properly though the standard tracks that play normally tend to be forgettable. The opening theme song “Blue Blaze” by Faylan fits the action packed nature of the series and is accompanied by some superb animation sequences while the main ending theme “Reincarnation Blue” by Aira Yuuki feels generic.

Extras
FUNimation’s release of BlazBlue: Alter Memory only contains clean versions of the opening theme and ending theme accompanied by the US trailer for the series and trailers for other releases from the company.

Overall
BlazBlue: Alter Memory is the type of series that fans will likely still find some enjoyment in, though only if they happen to be die-hard fans that want to see how their favorite characters will look in an anime format. In many ways, the series feels strange, even for an anime created from a video game series as it fails to even offer much incentive for fans to watch, let alone newcomers. By giving viewers very few reasons to care about certain characters or focus on developing the world it leaves newcomers scratching their heads while fans of the series will only find themselves disappointed with a poor adaptation that tries to do far too much with too few episodes.