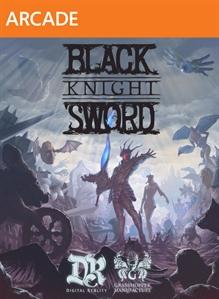 Overview
When a new Suda 51 title hits the market, a trip to the bizarre is a guarantee. Black Knight Sword is the result of a collaborative effort from the famed developers behind the likes Sine Mora and Lollipop Chainsaw, and proves to be one of the oddest creations we have seen in some time. For those unfamiliar, this game tells it’s twisted plot through a Kamishibai (Japanese Paper Theater), with a brave knight taking on an evil queen with a bit of that classic 16-bit feel attached. Does this off the wall, retro flavored romp prove to be worth the tickets, or do this knight’s strings need to be cut? Let’s find out.

Story
As mentioned, the narrative in Black Knight Sword takes place with a Knight being summoned to stop the chaos of the White Princess. Of course slaying the Princess is a bit away from the norm for the side scrolling genre, but in this world – just about everything works to the mayhem’s advantage. Every encounter you make, whether it be from a walking head to a giant eyeball that eats hearts is unique, providing a ton of incentive to trek on through the bizarre world ahead. 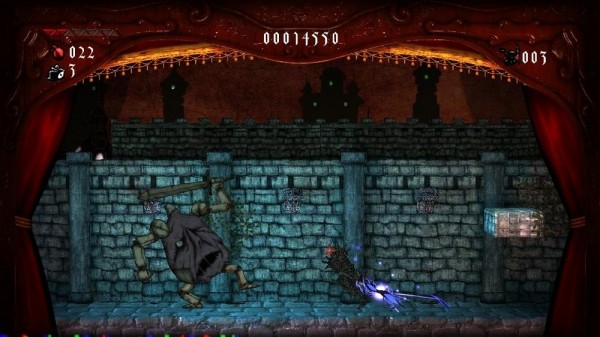 At times, this gimmickry can be a bit much – even for those who go out of their way for the over the top stylings. It’s not that it doesn’t all fit as this bizarre world is quite enchanting as it stands. The problem is that Black Knight Sword can get so wrapped up in weirding out the player that it seems to lose complete focus on the narrative and atmosphere it’s trying to set. That’s really just a minor takeaway though, as Suda 51 fans will still find their fix as they work their way throughout the game’s five main stages.

Gameplay
Fans of the classic side scrollers of the past will feel right at home here, as Black Knight Sword feels as if it was ripped off the Super Nintendo – at least gameplay wise, due to the simplicity of the controls. Players can use their melee (sword attack) at any given time, fire a projectile with the shoulder button, or perform a quick dodge and double jump to spring away from an enemy or over a pit. Yeah, it’s a simple scheme, but the game is anything but. This is a title that on normal mode can present a decent challenge to any veteran gamer, as every move you make needs to be taken with great caution due to the low amount of lives and punishment for death that is presented. 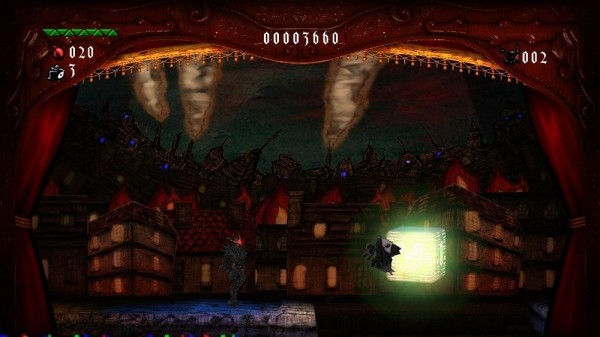 Starting out, the player will have three lives. Once those are lost, it’s Game Over and the current level will need to be restarted. Checkpoints might have come in handy, but a lot of this title’s charm comes from it’s archaic methods for difficulty, so staying alive so you don’t have to suffer the inconvenience of doing it all over again is really the main concept for the entire experience. Hearts can be collected from enemies, and then used as a currency to purchase upgrades and items to make your knight stronger. Remember that eyeball I spoke of? Well, he (or she..maybe it?) is your shop keep, who will trade those tasty delicacies for stronger armor, extra lives, and more health. 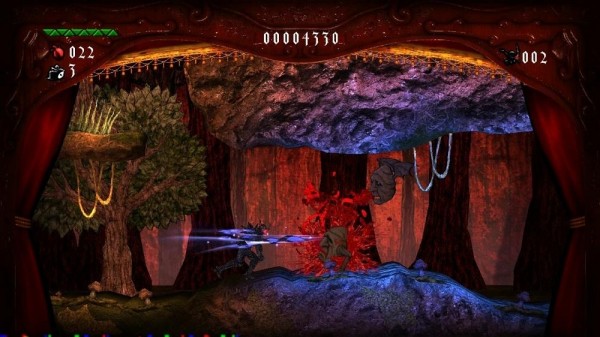 It’s a well oiled system in place that works well and is sure to teach the player as they play how to survive if they happen to fail a stage. Can’t beat a boss? Collect more hearts and get a stronger blade, upgrade that health bar, or snag an extra life. Much like Dark Souls, Black Knight Sword will make sure you learn from your mistakes, greatly enhancing the rewards of finishing a tough stage. If I had to complain about any part of the actual gameplay itself, it would be the dodging mechanic. It’s a no-brainer to roll out of the way when a strong attack is being used against our hero, but rolling can get a bit finicky from time to time and cause deaths if executed even a tiny bit incorrectly. Again, this can be fixed with a bit of practice and patience, but the flaws with dodging do stick out due to how polished every other action is. 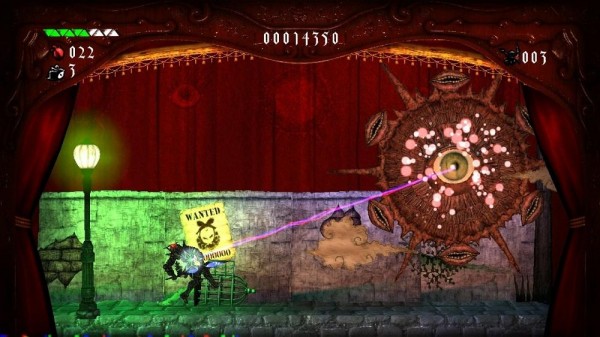 After completing the campaign, Cat Head Grass mode is your more timid reward. Specific treasures can be collected as you partake in the campaign, which turn into…well, Cat Heads in flower pots that enjoy making melodies. It’s an odd gift for finding everything, but does it’s job well of inspiring multiple playthroughs. For those wanting more substance, a challenge and arcade mode can also be played to squeeze out more hours of the actual gameplay, giving further incentive to take this brave quest several times over.

Visuals and Audio
As you can tell, the main gameplay portions are pretty standard fare. The visuals while you are battling your way through Black Knight Sword however are the reason for attending this twisted production. Black Knight Sword presents itself as a marionette play of sorts (Kamishibai, as mentioned earlier), and is really all over the place. Environments are full of dark color and rigid, raw textures that will be soaked with the blood of your foes. Your knight will change himself as he grows in strength from the upgrades that are equipped as well, urging the player to keep gathering hearts and transform into a true warrior. This world’s tone is dark, but there is a bizarre sense of innocence that wraps itself inside the experience, creating a truly unique blend of unease and wonder. 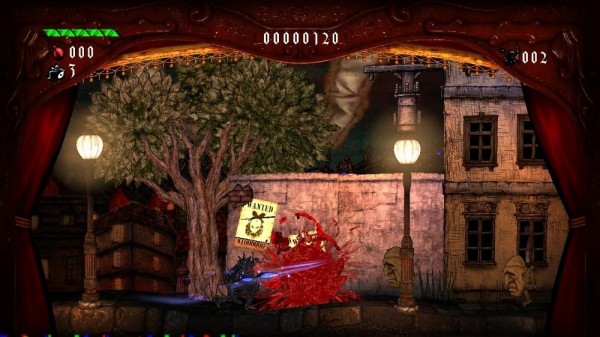 I could praise the music that paints the portrait for Black Knight Sword, but I feel like the audio is all outshined by the crazed narrator, who provides unsettling commentary for the story at hand. As you progress, this voice will act as all of the characters in the game, making it feel as if you are being read a bedtime story by a insane warlock – and his job at performing these twisted dialogue sequences is nothing short of phenomenal as he alone will ensure you feel like you are in this kingdom of the crazy, like it or not. Yes, the sound effects and music set the atmosphere fine, but that unnamed narrator takes it one step further and gives this title’s gimmick a rich coat of frosting.

Overall
I’ve played a lot of Suda 51 games in the past, but Black Knight Sword may be the most bizarre and unorthodox creation we have seen come out of Grasshopper to date. That might not be for the game’s benefit at all times, but this is definitely one digital release that fans of the famed company should at least check out. Underneath it all, there is a challenging yet solid platformer that indulges in the madness, offering rewards to those who survive the evil princess’ treachery. No, it isn’t a blockbuster and doesn’t do anything revolutionary, but Black Knight Sword is still easily worth it’s meager price-tag and promises a truly unforgettable ride for those willing to make the plunge into darkness.