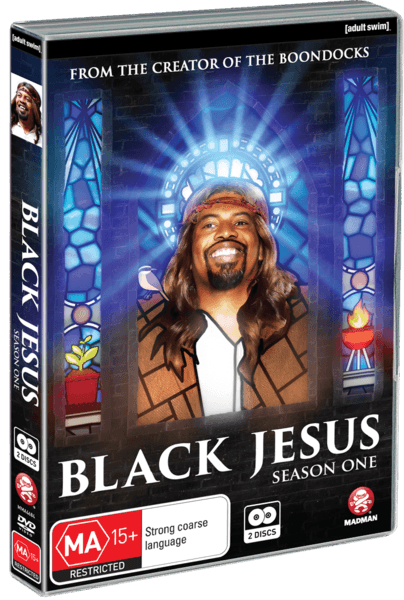 What if Jesus was black? This is a question that has only been briefly explored before in comedy series such as Family Guy, not in a critical way that combines comedy with social and religious commentary. Aaron McGruder, creator, executive producer and head writer of The Boondocks, and Mike Clattenburg, creator of Trailer Park Boys, have taken this idea and created a series that does not just depict a stereotypically black Jesus in a random cutaway gag, but rather depicts a stereotypically black Jesus in his day-to-day life with his followers/homies. Does this show feature any meaningful religious or social commentary, or is it just another show that relies on harmful stereotypes? 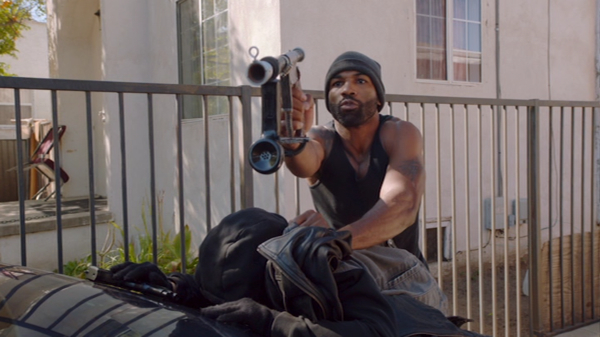 The year is 2014. Having died for everyone’s sins, as he often likes to remind people, Jesus Christ is living in Compton, California. As he is told by the people around him, he has not really done anything in the last two millennia, but he is still the lord and saviour as far as his devout followers are concerned. What does he actually do, though? What miracles does he perform? Far fewer than his followers would like. Homeless man Lloyd would love it if the Son of God would help him win the lottery, but Jesus only has love and kindness to give him. ‘Pops’ is the one who performs the miracles, according to Jesus. He loves everyone, but he does not do anything else for his homies. He will not pay for food, alcohol, marijuana or anything at all, and when he is put on the spot about that, he just says: ‘relax’. He has no income, but he receives offerings from his followers and gets free food and drugs from his homies. 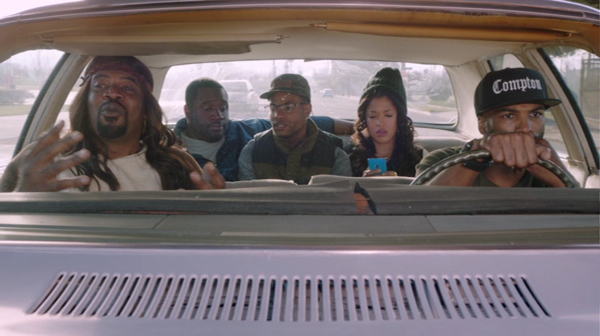 Jesus has a plan, or rather his ‘pops’ has a plan. He wants to create a community garden for growing vegetables such as tomatoes and Spanish onions, as well as marijuana. Ms. Tudi provides them with the money to get started, but Jesus blows it all on rent when he decides to build the garden on a large plot of land that a couple of people from a local Mexican gang apparently own. The plan that ‘pops’ has goes from bad to worse when they execute their plan to steal horse manure from the Compton stables. They pull off the heist without getting caught, but Jesus does not properly close the gate to the stables even after Maggie reminds him to do so. The horses, who have remained quite still thus far, all walk out the gate and begin to roam the streets of Compton, demonstrating that these plans are never fully thought-through.

How good is Jesus, or rather God, at growing marijuana? Not good at all. The vegetables are growing just fine, but the marijuana plants are not. The effort was not in vain, however, as the tomatoes have a ‘magical’ property to them. Two millennia later, his next gift to the world, or at least to the paying citizens of Compton, is tomatoes that make them high. Later on, the show introduces a minor character who wants to take the plot of land and turn it into a car park, simply out of greed. This situation helps bring the community together, a positive outcome in that respect, as it shows what a community can achieve when they work together and help each other out, even if it involves marijuana. 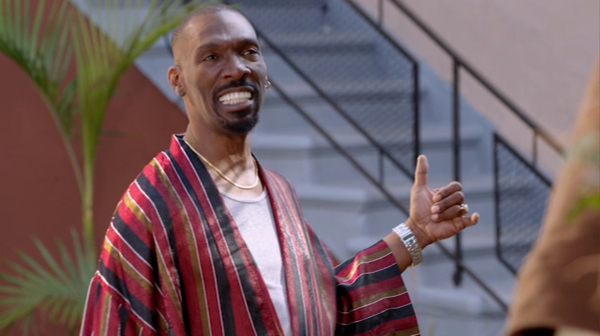 A short amount of time is spent showing the influence of technology, particularly mobile phones and Facebook, on African-American society. Maggie, the only woman in the group of Jesus’ homies, is almost constantly on Facebook making negative statements about other people instead of doing anything productive. The show does not make any direct commentary about this, but technology is something that is perpetuating the problem of societal influence on young women. It, along with the media too, conditions them to focus only on their appearance and to judge each other, instead of using their intelligence and being productive members of society. The use of character archetypes is disappointing; there is the archetypical uselessly lazy character, the ‘nerd’, the ex-convict and the ‘bitch’, none of whom offer much social commentary. Jesus’ homies do not go through as much development as they could have, but they are all entertaining thanks to the talented actors playing them, even if they spend more time using guns or phones than they ought to. 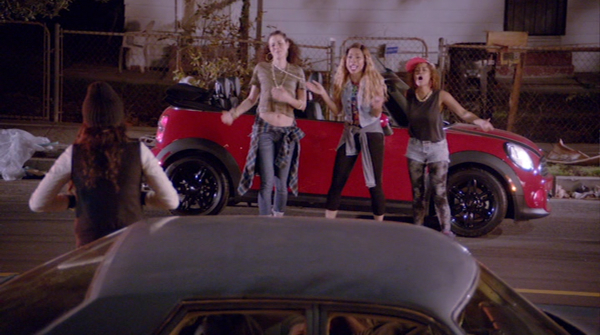 The majority of the comedy comes from the use of African-American stereotypes in combination with the character of Jesus Christ and Christianity. This show is about a portrayal of what Jesus would be like in modern day life. A person who can heal people with the touch of his hand, except when it comes to his own back. A person who can turn water into a bottle of wine. What does he really do for the whole of humanity, though? He often betrays the trust of the people who are really relying on him to help them. He only has an infinite supply of love and kindness for everyone, and that is all he can be expected to offer in reality. Black Jesus’ message is that the figure of Jesus Christ is not there to help people with their real life problems, such as ensuring a drug deal goes right, but there, figuratively speaking, to give people faith and to try to get everyone to be kinder to each other. Its other message is that bringing the community together with a project is an excellent way to prevent conflict from arising between different groups of people, even if the community project is a garden in which ‘miracle’ tomatoes are growing.

The costume design for Jesus is simple but effective: he wears a long brown robe that keeps getting stuck in car doors. There are a few gunfights throughout this season, which is not surprising for a show about an African-American community that also features stereotypical Mexican gangsters. The violence is not graphic, and it is more often than not meant to be comedic. The masks worn during one gunfight in particular help make a situation that would be terrible in real life rather hilarious. 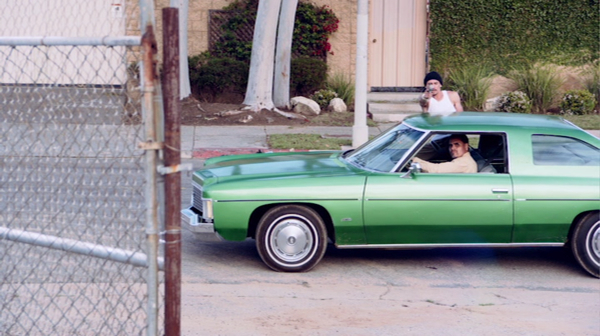 Most of the music used is house music, and the rest of it is typical Christian music, such as songs sung with quotations from the Bible. Fans of The Boondocks will quickly connect Lloyd’s voice to Robert Freeman, and it is interesting to see John Witherspoon in such a different role. Fans of Charlie Murphy will enjoy a scene where his antagonistic character Vic is singing while playing the guitar.

Madman’s release comes with a ‘Honk if You Love Black Jesus’ bumper sticker. No on-disc extras are included. 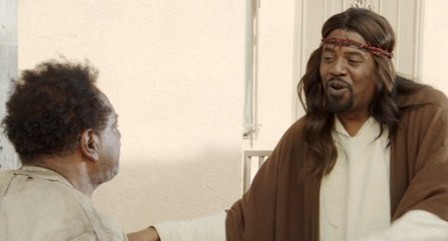 Black Jesus is a hilarious series that simultaneously manages to be somewhat crude and offer a critique on Jesus Christ, the Christian God and Christianity in general. This series will no doubt offend some people, but it is an interesting and entertaining way of exploring two ideas: what if Jesus was black, and what if he lived in our time? Black Jesus shares some similarities to the Jesus portrayed in South Park, so if you have seen Jesus in that, you already have an idea about what you are getting yourself into if you purchase this DVD collection. If you are familiar with The Boondocks, then you know that Aaron McGruder writes not just to entertain, but to provide commentary on politics and society. This series may occasionally sacrifice commentary for comedy, but it is consistently entertaining. 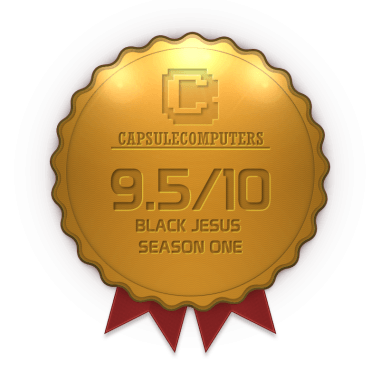