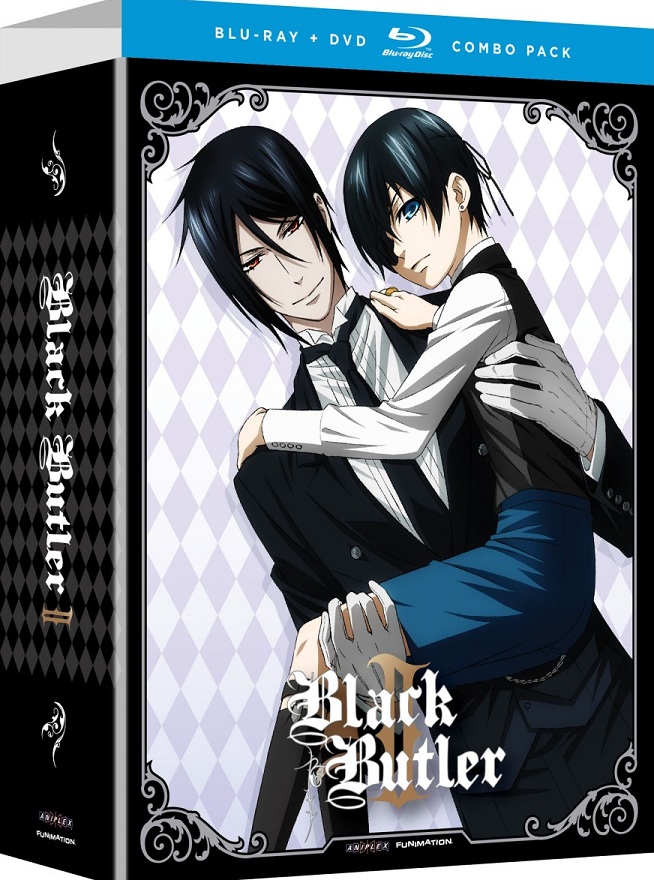 Overview:
After reviewing the Black Butler: Complete First Season, Black Butler as a series seemed like a closed case, encompassing everything a viewer could ask to really see in terms of characters and development.  The idea of a second season in many ways seemed perverse and only harmful to the series as a whole, after all what more could there be after an ending like that.  Could the second season take it in an actually interesting direction without compromising the first?  Would it use the same formula for a new set of characters?  Keep reading to find out. 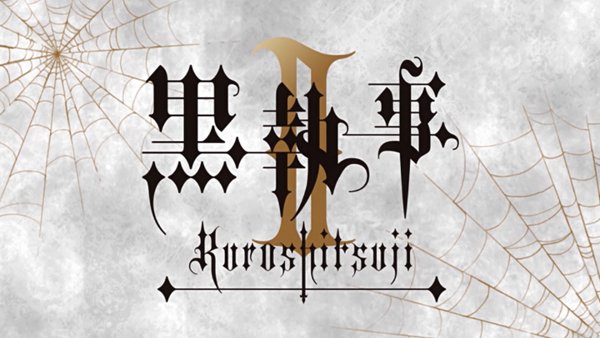 Story:
Black Butler Season Two begins with Alois Trancy making a very familiar contract with a demon, Claude Faustus, that takes the form of a spider.  The entire first episode lays the ground for this new master/butler pairing, except that it lacks the same spark as Ciel and Sebastian did last season.  It isn’t until the end of the first episode that the viewer is clued into what the season will truly be about when a mysterious stranger turns out to be the Black Butler himself, Sebastion.  After the fake out, the viewer comes to find out this new pairing aren’t the stars of the second season, but in fact the main villains.

Season Two is actually about Alois and Claude trying to get the soul of Ciel from Sebastian, each for their own reasons.  A much shorter season than the first, the episodes are almost entirely plot related, bringing them closer or another turn in the dance that is the revenge game of their lives.  The hardest part of the season; however, is figuring out when it actually takes place.  Does it intercept the season one plot or does it truly come after.  This unfortunately doesn’t get answered until a few episodes in where they finally explain why everything seems as it once was.  It even settles the problem of how perfectly the first season ended and why the series is continuing on at all, instead of sidestepping the issue completely.  A great story, it builds from the previous season more perfectly than one would expect and concludes with an ending even more tragic than the first season’s. 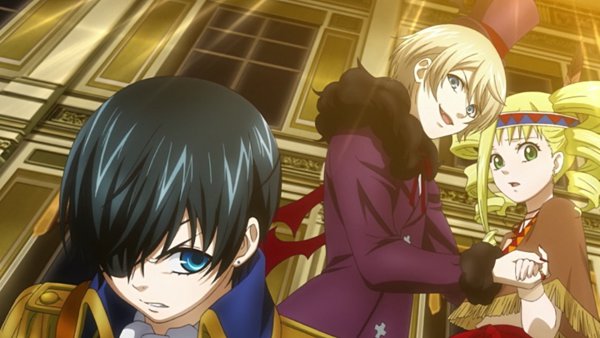 With the episodes numbering less than half those of the first season, the box set also includes 6 OVAs.  The OVAs range from a retelling of Alice in Wonderland with the favored Black Butler characters, a one off story in partial first-person viewing, a comical making of as if the characters actually existed as actors making the show, an episode for exploration of the Trancy household characters, and the back stories of the grim reapers Will Spears and Grell Sutcliffe.

For the most part the OVAs are great, the weaker OVAs being the “Ciel in Wonderland” and “Welcome to the Phantomhives”. Not that the episodes were bad, but the strength of the series has always been comedy, when not the seriousness of the plot, and those simply miss the mark.  The best is “The Making of Black Butler II”, which plays the comedy perfectly and ends with a better fake trailer than Black Sushi Chef from season one.

Visuals:
Remarkably, this season stacks up just as well to the visual standards of the first.  The art is almost more beautiful than the first on average, as the focus on plot keeps the comedic art to an absolute minimum.  There is however much, much more fanservice, at least for the male audience, as Sebastian was plenty of fanservice for the more feminine and Grell audience in Season One.  Much more adult oriented than ever before the visuals on some of the characters are a keen reason to keep this from too young of viewers. 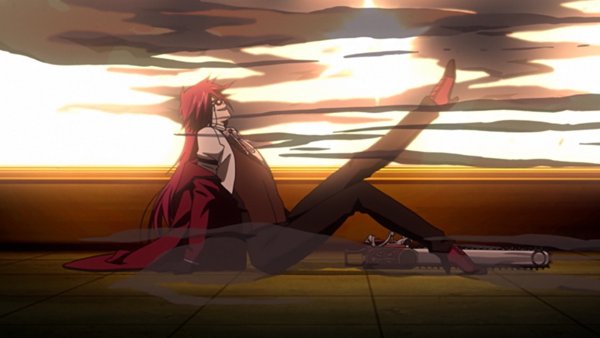 The visuals weren’t all amazing however, there were some problems, though not many.  There seemed to be a lot more CGI than before, which not a bad thing in and of itself, the distraction of the horse animation does not come to mind as apparent as it seemed this time through.  In some places the CGI worked, such as the train, but not fully in some of the other places.

Audio:
Season Two also maintains the same level of musical quality.  The opening song “SHIVER” by The Gazette does a great job fitting the entire season’s tone from the action of the demons fighting to the matter of lost souls.  Interestingly, there were two closing songs this season as well, the main being “Bird” by Yuyu Matsushita that captures the shows idea of Ciel’s nature of being a trapped soul in an unavoidable fate and the other being “Kagayaku Sora No Shijima Ni Wa” by Kalafina, which is only used for one episode as a farewell to one of the characters.  The other music within continues with matching the setting and tone from instruments to choirs, even including the unique glass harmonica as a point in one of the episodes. 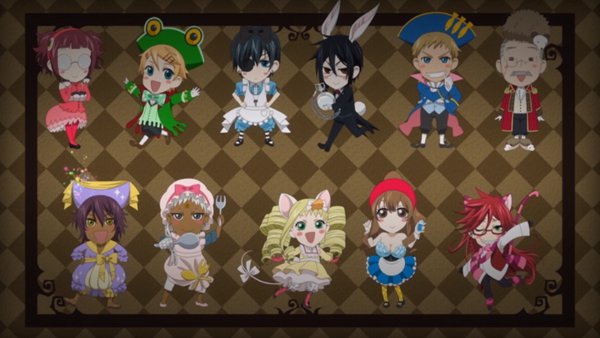 The voices for Black Butler remained the same and with the addition of Alois and Claude, fit right into the rest of the cast of characters.  The English dub continued to utilize the quality of voice for accents and characters, but the lip synch didn’t seem as up to par as they were in season one.  Though the most unique aspect was how they did the voices different for “The Making of Black Butler II” to offset the fake actor from the onscreen character displaying a good range for the voice actors.

Extras:
The extras this time around seemed slightly more lacking.  Only one commentary per disc, and all of them the standard actors or director talking about the episode itself.  The OVA disc contained the only extras outside of commentaries, having trailers for other series and the real trailers for both seasons of Black Butler, title free opening and closings, and an outtakes. 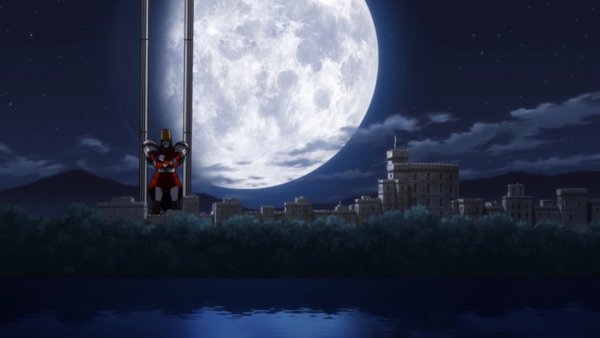 Of them all, only the outtakes seem a solid watch, outside of really enjoying the music.  The outtakes takes some of the messed up lines from the recording booth and puts them over the animation for the scene.  Not spectacular, but enjoyable non-the-less.

Overall:
Black Butler Season Two is definitely a welcomed edition to the series.  It fits within the rules it sets for itself, without need for changing the viewers understanding of the world it portrays.  While the first brings everything to a tragic end, this season tops its tragedy and even brings better closure to the wider cast of characters.  The visuals and audio also keeps up the snuff, though the OVAs were a bit hit or miss.  For the same price for about three-fourths the total amount of episodes of Season One, it is up to fans to decide if they shell out the cash, but it is certainly a perfect addition to lovers of the first season.