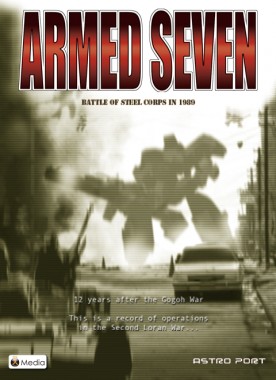 Overview
The indie game scene has been burgeoning in western culture for quite some time now. Virtually everyone, in the west at least, is familiar with titles like Fez, Limbo, Bastion, Minecraft, and Braid. The eastern indie scene, however, has felt conspicuously absent as western developers have made a name for themselves. With a renewed focus on bringing Japanese indie developers to the western audience, Nyu Media is hoping to help change that. Enter ASTRO PORT’s 2D side-scrolling shoot ’em up ARMED SEVEN. Does it have the chops to stand on its own or should it be disarmed? Let’s find out. 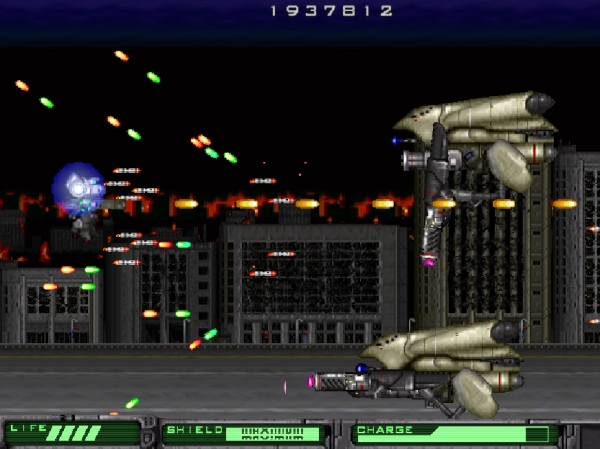 Story
Earth has seen its share of conflict. In 1989, 12 years after an alien army invaded earth, we’ve adapted the otherworldly tech to propel ourselves into an era of prosperity. An underground militant organization has stolen weapons from the Earth Federation whose future is now hanging in the balance. You must end the attack and save the Earth Federation! 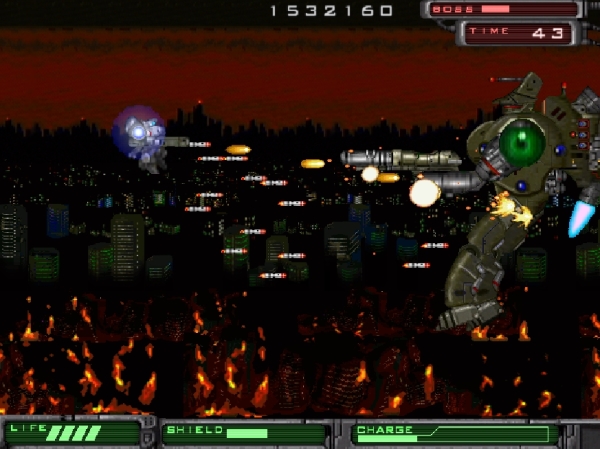 Gameplay
Games like ARMED SEVEN have been around for decades. Fans of quarter-munchers like 1941 and the R-Type franchise just couldn’t get enough of all those bright colored projectiles flying all over the screen. ARMED SEVEN is aiming to scratch that same itch, and it does so quite handily.

The concept of ARMED SEVEN is quite simple: avoid incoming enemy fire while laying waste to everything in your path. To do that, you need responsive controls. ARMED SEVEN‘s controls can feel a little jarring at first, if for nothing more than menu navigation. Z is the primary key for maneuvering menus, and the Escape key totally shuts out the program. That confusion apart, the default movement keys are ‘WASD’ or the arrow keys with ‘Z’ and ‘X’ being used to fire your primary and special weapons, respectively. Once you’re in-game they’re quick to pick up on and feel fine, but that initial confusion feels unnecessary. 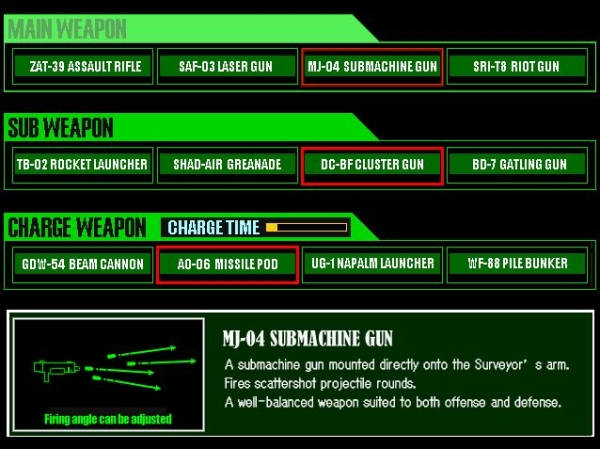 Once you’re through the basic menu, you can get down to brass tacks. When you begin the game, you’re given the ability to choose your own loadout. Unlike some other shmups where your weaponry can change change on the fly, the only power-ups you’ll get here are increased firepower and shields. Here you’ll choose one of four main weapons, sub weapons, and charge weapons, for a total of 12 weapons. This gives you a great deal of flexibility in how you build out the upcoming campaign. It’s fun to see how everything behaves and handles in the different situations.

As you play through ARMED SEVEN, you’ll experience a total of 7 levels and a total playthrough (provided you can survive long enough) will take you perhaps a half hour to complete. Each of the seven levels have their own unique set of enemies and obstacles, providing a fantastic sense of diversity as you work through the game. You’ll never get bored dealing with the same old enemies over and over again. 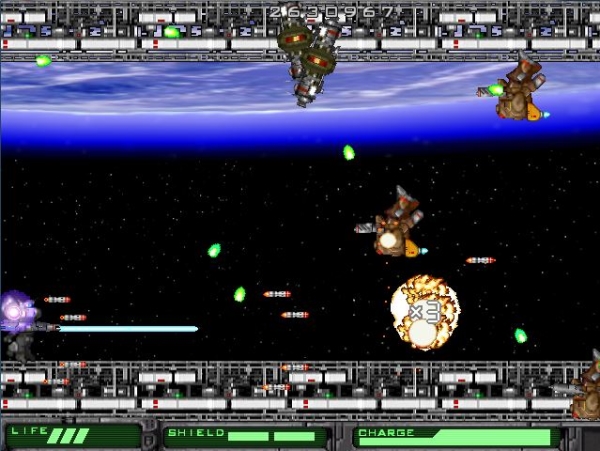 On top of working through the levels themselves, each level has a giant boss you’ll have to defeat to progress. These all have their own individual designs, weapons, and attack patterns, ensuring nothing feels like something you’ve already seen. They’re a ton of fun to fight, and the sheer scale of the battles feels like something straight out of an old-school boss fight.

Visuals
ARMED SEVEN takes its inspiration straight from the shmups of old. Anyone who played arcade shoot ’em ups or was a fan of the Super Nintendo will get a great sense of nostalgia here. The character sprites look fantastic and all of the special effects feel like they were rendered straight off the Mode 7 graphics engine. Nothing looks shoddy or out of place – it’s clear a great deal of care and love went into crafting the look and feel of this game, right down to the few cutscenes you’ll get to see. That said, don’t expect the ability to tweak any visuals in ARMED SEVEN. You only get one resolution: 640×480. 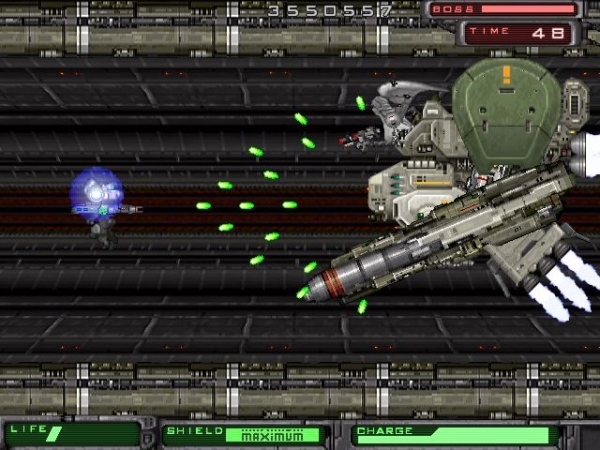 Audio
The music in ARMED SEVEN is so good! Once again, the audio is totally built to sound like it came straight off the Super Nintendo or Sega Genesis, and it does a great job with it. Each level has its own track, and they all sound great. They help drive the gameplay while maintaining that classic feel, and since they change it up enough you’ll never get tired of the same old song.

Overall
Overall, I think it’s fair to say ASTRO PORT has done a fantastic job capturing that old-school arcade look and feel and putting their own spin on it. The game looks and sounds marvelous while maintaining a sense of 16-bit nostalgia, there’s a great sense of diversity in level and enemy design, and the customizable loadout system is a great touch. Anyone who sunk fistfuls of quarters into shmup arcade cabinets back in the day will really enjoy ARMED SEVEN.