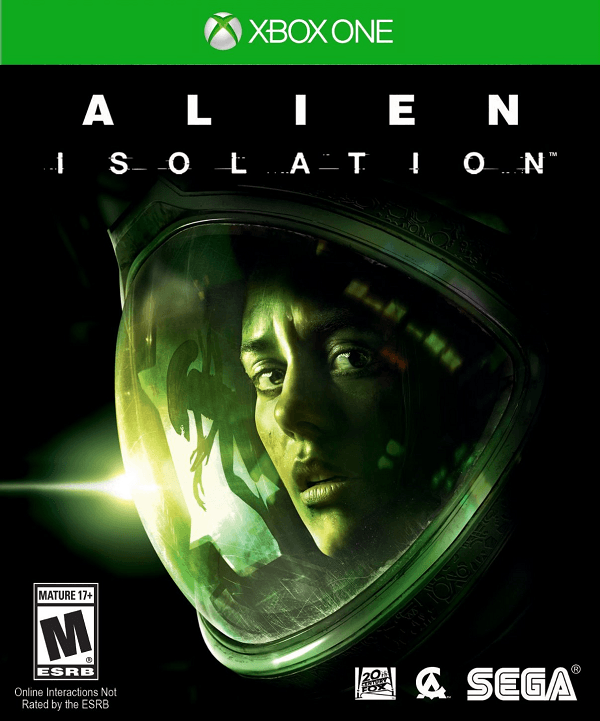 Overview
The Alien franchise has been ripe for the picking ever since the first movie debuted in 1979, spawning a handful of sequels, spin-offs, and numerous video games. However despite the large number of video games created using the concept and story of Alien, few, if any, were able to capture the atmosphere and horror that was brilliantly displayed in the movie that started it all. Now, so many years later, we have a game that delivers practically everything an Alien fan could ask for in the form of Alien: Isolation.

Story
Alien: Isolation takes place fifteen years after the events of Alien and players step into the role of Amanda Ripley, the daughter of Ellen Ripley, traveling alongside a Weyland-Yutani crew to a soon to be decommissioned space station called Sevastapol owned by the Seegson Corporation. Amanda’s goal is to track down the black box from The Nostromo which has fallen into Seegson’s possession.

While Amanda is hopeful that this mission will give her some clue as to what happened to her missing mother, things go south incredibly quickly. Stuck aboard a station filled with trigger-happy survivors, malfunctioning homicidal synthetics, and a creature that is beyond her understanding, Amanda’s mission soon becomes one of survival against nigh-impossible odds. 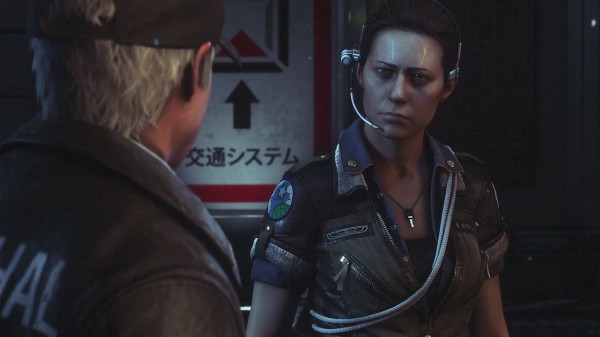 Alien: Isolation doesn’t exactly tell an enthralling storyline and even the few twists that do exist are easy to predict, however the way that it tells the story is what makes it great. Amanda is a believable enough character to exist within the actual Alien canon and players are with her every minute of the game as she tries to survive and escape. It also helps that there is some great world building in effect thanks to numerous terminals and audio logs that reveal the events that took place in various parts of Sevastapol as everything went to hell.

Gameplay
Many games claim to fit into the survival horror genre, very few of these titles actually nail the “survival” part while Aliens: Isolation handles it perfectly. Players can always attempt to fight against the threats that they are facing but stealth and trickery are your best bets to survival. Amanda will obtain various firearms and explosives throughout the campaign but despite these weapons being useful for taking down a single opponent, chances for survival are slim. 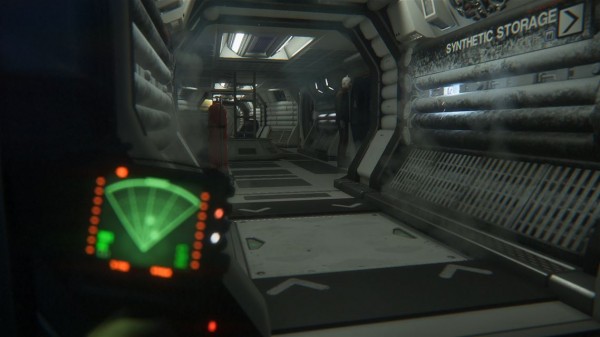 Not only does Sevastapol house human enemies that travel in groups and are usually ready to shoot at anything that moves with impressive accuracy, there are also deadly synthetics that take quite a beating before going down and are immune to certain weapons. Combine that with the fact that Amanda has limited health that can only be restored using medkits and the limited amount of ammo you will come across and you will quickly find direct confrontation something to avoid.

Instead players will learn to make use of all of the cover that the game provides, including sliding under desks, hiding in lockers, sneaking through air vents in the floors and walls as well as all of the tools you can create. Throughout Sevastapol various blueprints will give players ways to create various items such as noisemakers, EMP mines, medkits, explosives and more to help her survive. However since all of these items require specific ingredients and you can only hold so many of these ingredients, players will need to find a fine balance between crafting and using tools when necessary and making sure not to leave any important ingredients behind. 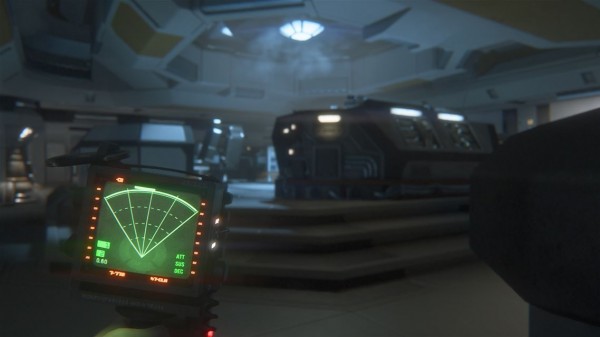 It is highly recommended that you test out any tool in your possession though as waiting until your back is against the wall is a mistake since there can be deadly consequences to your actions. Not only will Amanda have to worry about the synthetics and survivors she comes across, but also an incredibly intelligent killing machine as well in the form of a Xenomorph.

Players will spend a bit of time before they encounter this creature but once they do, Alien: Isolation becomes a game of inches as you do everything in your power to avoid being killed. The Xenomorph will stalk Amanda throughout the rest of the game and players have very few options to deal with it. Bullets bounce right off of the creatures exoskeleton and even explosives will only temporarily stun it. At best once players obtain a flamethrower and molotovs you can attempt to scare it away, however do not trust this crafty Xenomorph to not be prepared for next time. 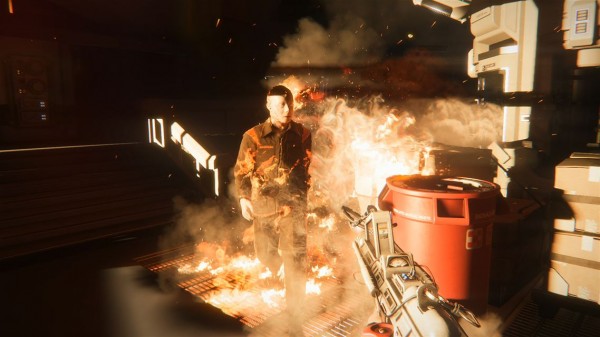 You will need to constantly be on the lookout for the creature as it searches for its prey. Even the smallest noises can draw its attention, meaning that fighting against humans or synthetics can not only result in death by these enemies, but also the creature arriving to slaughter everyone. At the same time however, you can do whatever it takes to avoid detection by sneaking around, hiding, and making use of the iconic motion tracker to keep an eye on its location. Be careful though, while the motion tracker is a useful tool the Xenomorph can hear it as well.

The most enthralling and at times frustrating aspect of Alien: Isolation is how intelligent the Xenomorph’s AI is. Not only is the creature unpredictable but it appears to learn from things that you have done in the past. There is no predictable pattern to its actions as it stalks through the hallways, slithers into vents, and drops down looking for something to kill. While you can make use of the creature’s deadly nature to clear an area of enemies by drawing its attention with a noise maker or even smacking the wall, you best be prepared for the consequences. 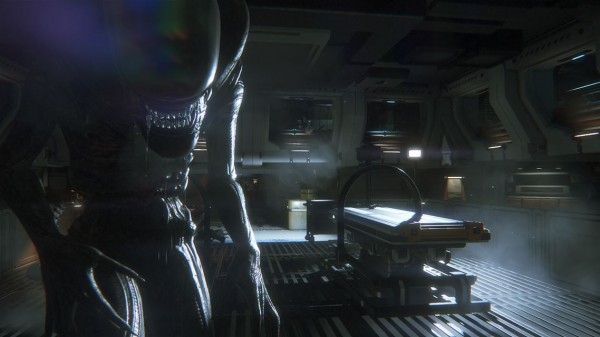 Not only does the Xenomorph shrug off bullets, it is faster than Amanda and will catch up to her and kill her if you choose to simply run away. In fact there are times when there is just no other option than to die as the creature appears from out of nowhere and players are left trying to find a way to survive an inescapable situation.

It is thanks to these moments that Alien: Isolation can feel unfair at times, since not only does the Xenomorph appear to always be in the vicinity of Amanda, even if you managed to escape the creature without drawing its attention a single time and used a tram to enter a new area of Sevastapol, but the title uses an old save system requiring players to save manually at specific areas in the game. If you happen to die before saving then you will lose all progress made from that point. This can make certain areas feel like quite a chore at times, but you will be absolutely delighted once you manage to make it through and find the next save point. 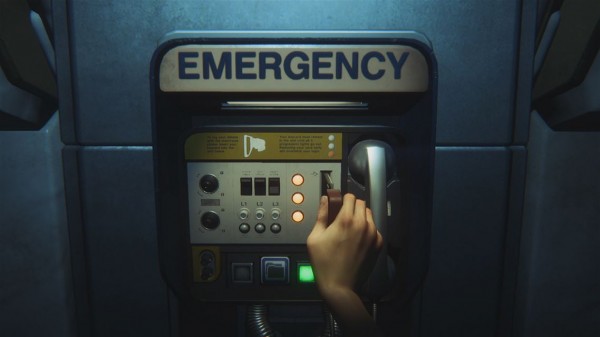 Everything in Alien: Isolation comes with a risk. Hacking equipment and burning through hatches all takes time and stationary positioning, meaning that you will be at the mercy of the Xenomorph if it appears in the area. To ratchet the tension up another notch, these save spots require a few seconds to activate which means that it is possible to die while waiting for the save system to warm up and boy is it frustrating when this happens.

Visuals & Audio
Alien: Isolation is a game that requires players to not only properly sneak around and make use of their tools accordingly in order to survive; it also is one that needs the player to keep an eye on their surroundings and their ears to the ground. Once the Xenomorph appears, you will need to always keep an ear out for its location, identified by the thumping of the vents as it crawls through them or the sound of its feet hitting the ground. Nothing is more terrifying than being in an isolated area and hearing the creature slide out of a vent in the other room. 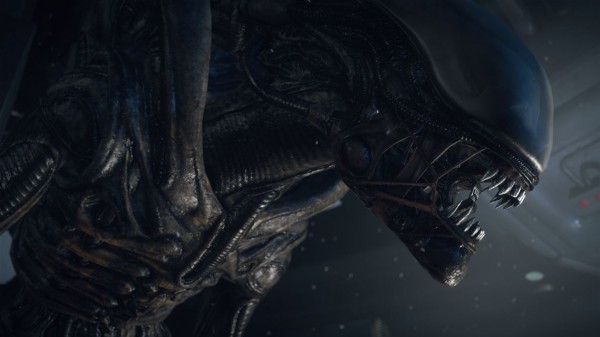 If you really want to get the most out of Alien: Isolation’s graphics then I recommend checking out the original movie before playing, as you will appreciate the amount of effort that the team put into replicating numerous systems and elements from the movie into the game’s environment. Everything feels and looks authentic thanks to the way that the lighting in the game is handled and creates an atmosphere filled with tension and danger around every corner as you keep an eye out for drool dripping from the ceiling and an ear out for the threatening noise of the ever present Xenomorph.

Overall
Alien: Isolation feels like a game that was developed with a lot of love for the franchise and it shows. From the way the Xenomorph behaves to threatening atmosphere fitting environment design, it is the game fans of Alien have been waiting for. You will die, quite often in fact, and the game will feel like it is being sadistic at times with its save system and the ever present threat of the Xenomorph, but it is a title that feels like it has grasped hold of the concept of survival horror like few have and created an amazing Alien game.