The Point-and-Click genre suffers under a terrible curse-it will forever be compared to The Secret of Monkey Island. But one brave reviewer dares to go against the odds; enter Matt Vella, editor at Capsule Computers and a secret vigilante crime-fighting dolphin training Ninja-Pirate-Monk by night! This man takes on the challenge to review Casual Box’s latest title, Age of Enigma: Special Edition for the Mac app store by judging it fairly and not by comparing it to a 21 year old game that came out the year before he was born. So how does he find Age of Enigma: Special Edition? Screw pointing and clicking! Instead scroll down, read on and find out! 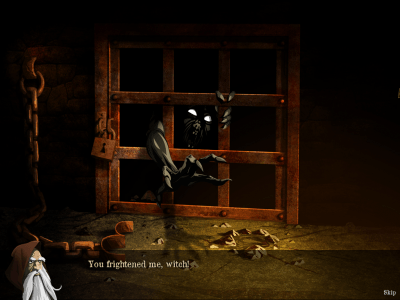 Age of Enigma tells the tale of Ashley Reeves, a medium who can see dead people, talk to them and help them find their way into the afterlife. Ashley one day receives an unsigned letter summoning her to a haunted house, where she finds six ghosts which are trapped inside. It becomes Ashley’s mission to earn the trust of each ghost and then help them overcome their unfinished business on Earth by traveling to their exotic homelands and helping them find peace so they can move on beyond this world. Besides the obvious and lacklustre plot twist that concludes the game, the plot while thin does contains some interesting highlights. What ruins the story for the most part however is that all the ghosts you meet are of cliché cartoonish stereotypes like Pirates and Egyptian Pharaohs that clash with the dark and serious theme of the game itself, and as a result generates little-to-no-care for the characters at first glance. What is surprisingly good however, are the eventual results of learning what has been keeping each ghost from moving on. These focus on themes such as love and betrayal and for these brief moments these characters develop a layer of depth, that helps create a sense of appreciation and accomplishment by helping them. Sadly, these moments are quite short and the plot never expands on these moments as much as it probably should, but thanks to Age of Enigma’s short lifespan it should be enough to carry you through till the end. 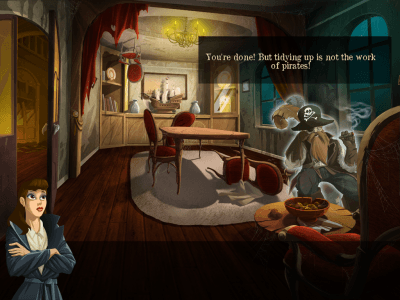 Age of Enigma LOVES stereotypes. Pirates, Pharos, Japanese Bridesmaids and of coarse-an under appreciated woman who loves cleaning up after chauvinistic men!

Gameplay
Age of Enigma is a point-and-click adventure game, so as you can imagine the gameplay simply just boils down having to point and click on things as you venture around. However the game’s main problem is the fact that most objectives feel more like fetch quests, making you go collect things that often don’t make any sense at all with very little variety, creating for a very repetitive experience. For example, on two or three occasions during this short game your told to clean up after people, whether it be a Japanese bridesmaid or a rude pirate. While it may not of been the developer’s intentions it doesn’t exactly empower the lead female protagonist. Hell, I’m surprised it doesn’t ask you to make a sandwich for someone! 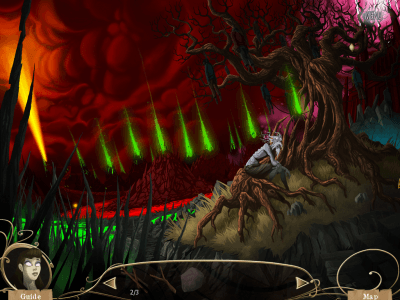 What did I say? I told you guys Justin Beiber would bring upon the apocalypse! I TOLD YOU!

What breaks up the simple point-and-click mechanics of the game are the 26 mini-games found within, one more than the original PC release. Take that PC Gamers! While there is reply value after the game is over with all the mini-games being re-playable, you most likely won’t want to replay most of them as they suffer from repetition, stupidity and frustrating difficulty. While a few of them are enjoyable such as variations on memory-based mini-games, many of them can get unfairly hard such as the later math-based ones as well as guessing games. The key to making a good puzzle in a video game is to motivate the player to want to overcome the challenge by making the puzzles seem easier than what they really are, but Age of Enigma mostly has puzzles that seem ridiculous from the first sight of them. The introductions to each puzzle can be equally bizarre, such as instead of just being able to pick up a stick one stage, your forced to pick them up in the correct order….for some unknown reason! 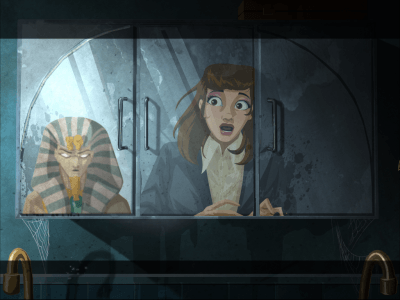 Ashley guest stars as a victim in Law & Order: SVU.

On the bright side however, Casual Box have inserted a smart system of skipping through these mini-games. Players can use up to 2 Jokers per puzzle, which will each simplify it, and if that’s not enough you can skip it entirely. What this does create however is the option for those who are stuck to continue playing anyways. While this does destroy a lot of the challenge, this inclusion is great considering how annoying some of these mini-games can be, especially since a few of them are not very well explained in the first place. Furthermore, those who are stuck outside of the mini-games also can access a guide which is much like an in-game walkthough. This basically makes Age of Enigma: Special Edition one of the easiest, most unchallenging, most casual games you’ll play in your life. But with a game like this, the option of having it there is helpful and very much appreciated. Also, for one to complain about that are simply stupid-what can you expect? The developer’s name is Casual Box! Age of Enigma also provides two modes of gameplay-a simplified, easier version called ‘Casual Mode‘ and a slightly harder, more story-driven mode called ‘Adventure Mode‘. With that in mind, it’s pretty clear that Casual Box have done their best to appeal to multiple markets by providing multiple options which I’m sure many will enjoy. While half of the game is revolved around puzzles that for the most part are pretty flawed, you can’t argue against the fact that Casual Box does meet the player half way with a fair compromise. These options along side impressive visuals ultimately save the game from being a total disaster and actually make it a decent experience with a few bright moments. 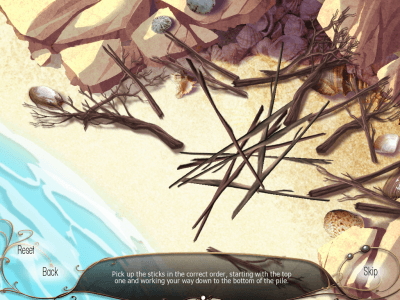 Here you cannot pick up the sticks, but instead your forced to pick them up in the correct order. Why you can’t just kick them away is simply a mystery. Perhaps Ashley has OCD.

Graphically speaking Age of Enigma looks amazing and by far is the greatest highlight of the entire game. There is so much character and beauty in the artworks of every scene that will make you feel compelled to push forth through many of the game’s flaws just to see more. As this type of game involves a lot of focus on looking around, the graphics strengthen the gameplay itself and makes the entire experience all the more fun. While many of the cartoonish character designs seem a bit of place within the dark and serious atmosphere of the game, the art style has found a way to make it seem a little less extreme in a good way. Music is also a major positive of the game, as while it isn’t entirely in your face, the piano-driven theme throughout further expands on the mystery and suspense of the adventure, and the multiple variations of the theme song throughout the game is a nice touch as well. However not every aspect of the audio is as great, as the voice acting in Age of Enigma is very cheesy and the performances aren’t very convincing. On the hand the game could’ve benefited from more voice acting as well, as it is seldom seen throughout the adventure. While the voice talent isn’t perfect, it is tolerable and does make for dialogue to be much more engaging. 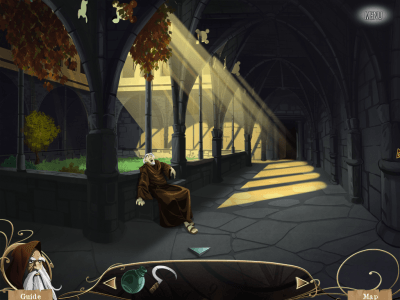 He used to be a point-and-click adventurer like you, until he took an arrow to the knee.

Age of Enigma is how I imagine a lot of my presents I’ll get from christmas this year will be like: ok, not great, and wrapped up in some really pretty wrapping paper but only to distract me from what little thought was actually put into the gift. Age of Enigma’s plot takes a good concept and dumbs it down, showing glimpses of what it could’ve been from time-to-time but never reaches it’s full potential, while the gameplay shows promise and is really accessible, but is held back from a majority of poorly designed mini-games. By all means, Age of Enigma: Special Edition is not a bad game, it’s just not a great one. It looks and sounds great and the game’s structure is well done. It’s just the frustrating mini-games’ difficulty and poor explanation that make the player feel more like a sidekick to the real hero of this adventure: the ‘Skip’ button. Unless your a hardcore point-and-click adventure game fan, you may want to ‘skip’ this one.

But Casual Box is onto something here, and I encourage them not to give up as Age of Enigma: Special Edition does show a lot of potential. Perhaps with a few improvements, a sequel to Age of Enigma could prove to be one really impressive title. 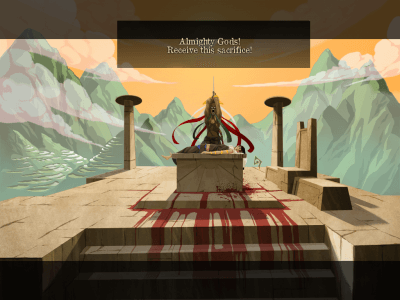 Hey bro, here’s a tip: making a girl a human sacrifice is NOT a very good pick up line. Just saying!