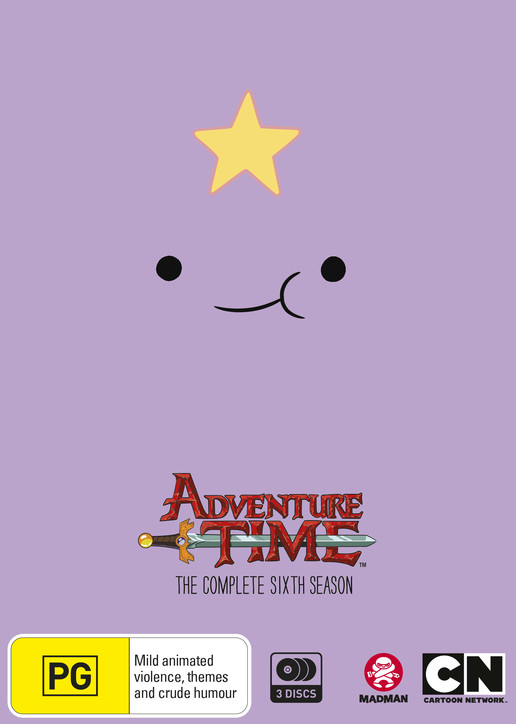 The threat of the Lich has been removed, meaning that the inhabitants of Ooo can live in relative safety. Finn is having a hard time getting over the fact that Flame Princess broke up with him, and tries to do some things to take his mind off of it. He learns that his father is still alive, and Princess Bubblegum’s rule over the Candy Kingdom is once again threatened by the scheming, immoral King of Ooo. 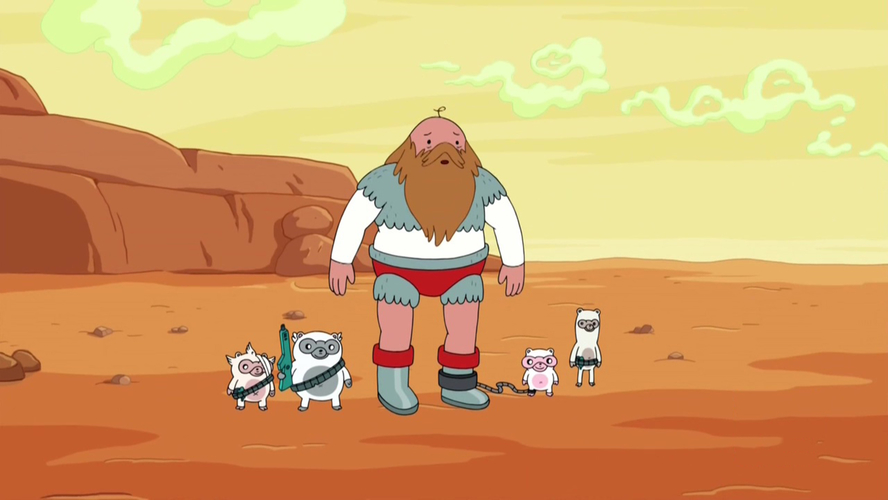 Adventure Time has an occasional tendency to venture into emotional territory, replacing the usual absurdity with contemplativeness and reflectiveness. This has been seen before in episodes featuring Marceline and in others featuring Simon, and although neither characters are explored in any depth this season, a new character is introduced to add some emotional depth. It is a side not often seen before in western animated television productions, but it is good that the writers of this series understand the need to engage viewers emotionally. The Lich has been rendered harmless, but Finn has learned that his father is still alive in a maximum security space jail. He soon discovers that his father is not exactly the person he had hoped he would be. While Finn’s issues are not entirely resolved and his questions are not fully answered, he learns to move past his anger that he felt towards his father. Flame Princess still enters his thoughts from time to time, so much of this season is spent seeing Finn a little more distracted by things than usual. Adventure Time feels a little off with the relative lack of the Flame Princess and the lack of any meaningful episodes featuring Marceline and Simon, and the introduction of Finn’s father does not entirely make up for this loss. Jake’s children and appearances from other minor characters do make watching this 43-episode season worth it for long-time fans of the series, however. The wackiness that the series is known for is still very much present, and the third disc in this set includes several hilarious episodes reminiscent of the crazier and funnier episodes seen in previous seasons.

Absurd humour is hard to get right, yet the production team of Adventure Time manages to get it right more often than not. It never comes across as overly immature or stupid, and even the educational and more out-there episodes are a whole lot of fun to watch. It is clear that it is intelligently written even if some of its jokes may be a little immature. Whole episodes can go by without anything of significance occurring, and that is a positive thing for a series like this to be able to do effectively. Some episodes manage to be entertaining even without Finn and Jake being present. Although some episodes are slightly less engaging than usual, the return of the Earl of Lemon Grab seems to be the point at which this season starts feeling like the Adventure Time so many people have come to love. Anyone paying attention to the credits will pick up on this, but this season has a noticeable decrease in the number of guest voice actors. An episode featuring Fionna and Cake is more about Lumpy Space Princess than any other characters, and there do not seem to be many new guest roles at all. This may be a part of the reason why some of the episodes on the first two discs are not quite as funny as usual, because they rely on extremely minor and unimportant characters to keep up the humour. The problem with this is that absurdity and humour are not one and the same, but the final episodes of this set do combine those two elements quite successfully. 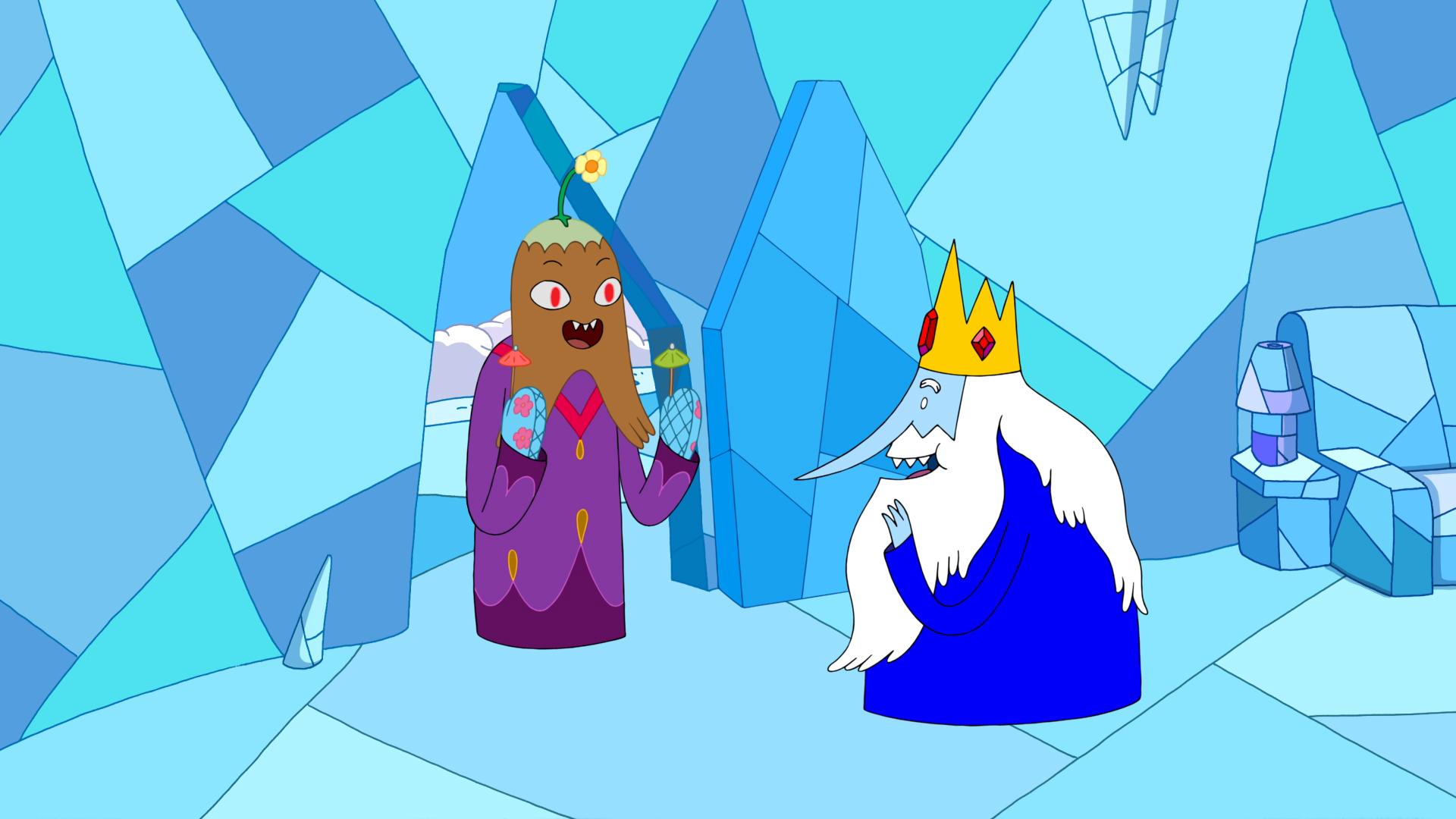 One thing that is done very well in this season is the exploration of the universe in which Adventure Time is set. There is much more than the Candy Kingdom and Ooo, which seems to exist on a future version of Earth. The planet Mars and its inhabitants turn out to be important to the religion of Ooo, and comets travelling through outer space are significant as well. Space is not a quiet place in this universe. In fact, it is rather crazy and random, albeit not quite as bizarre as Ooo. This is an interesting universe, and one can hope that its history is explored more in future episodes.

The style of artwork and the animation quality largely remain the same from previous seasons. We do get one episode with an unusual art style, however, which is “Water Park Prank”. It is hard to define the style used in it exactly, as the shapes and characters are not necessarily deformed but not quite normal either. It is an interesting style nonetheless, albeit one that would not work if sustained for multiple episodes in a row. It is refreshing when the producers try out something new, because it often works well. More random princesses are introduced, with the character designs featuring varying levels of weirdness, but they are mostly unremarkable and likely not intended to be reused. 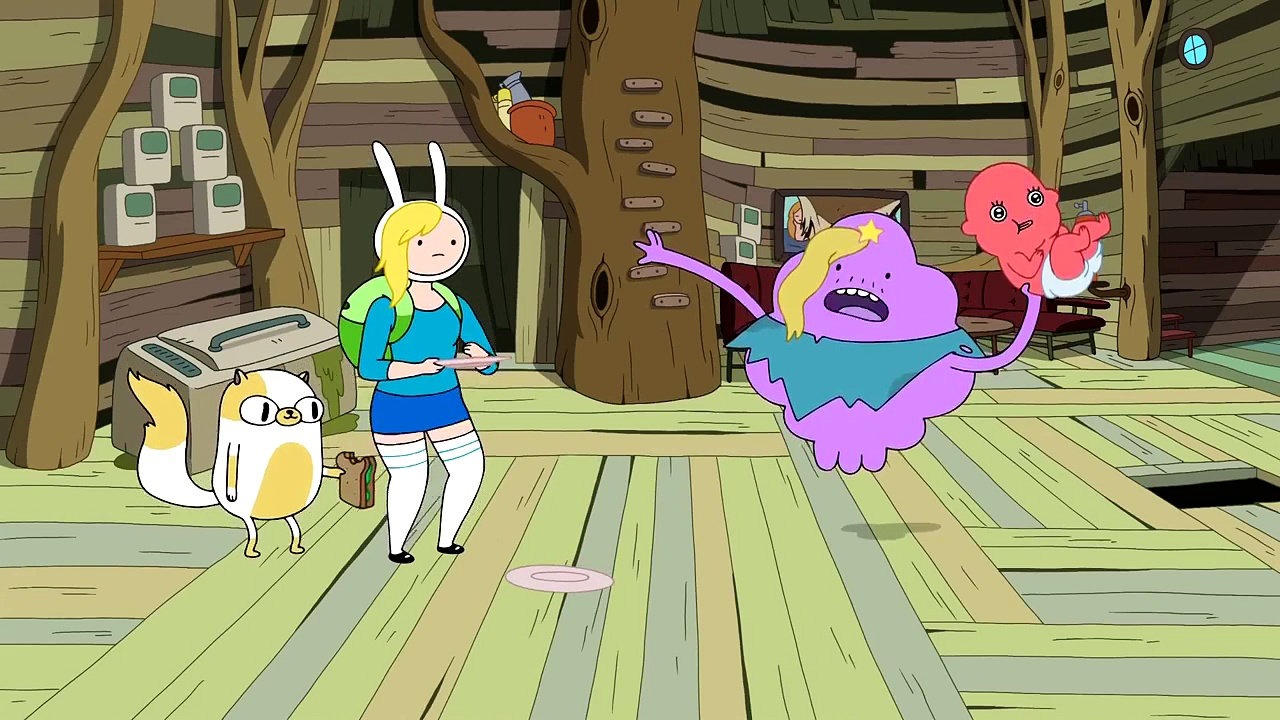 If you have seen Adventure Time before, you will likely know what to expect with the audio. The voice acting is as fantastic as always, although the aforementioned decrease in guest roles may disappoint some, especially those hoping that Neil Patrick Harris would have a part to play in the latest Fionna and Cake episode. The lack of guest roles is not necessarily a bad thing, but it does mark a shift towards episodes that only feature established minor characters. The music is also the same as always. That is to say, it suits the series but rarely stands out as anything more than background music. There are plenty of vocal songs throughout this season.

Several song demos are included. These are only accompanied by still frames from the episodes they are used in, but they may be of interest to those who enjoy the vocal songs in this series. There are dozens of images of concept art, a large portion of which is from Masaaki Yuasa’s episode “Food Chain”. Background images and character models are also included, showing settings and characters before and after they are coloured and fully detailed. Animatics for seven episodes are included. Finally, a featurette about “Food Chain” is included, although it is unfortunately made up almost entirely of shots from the final version of the episode. 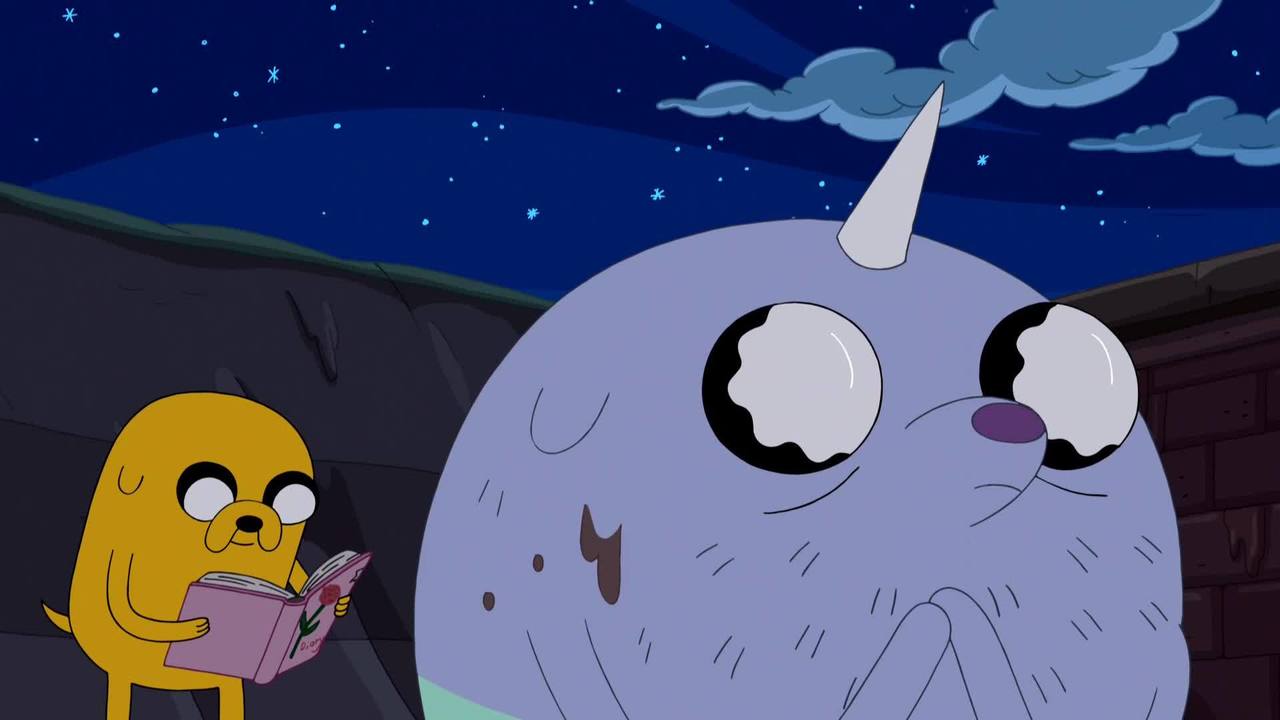 There are less emotionally meaningful episodes than before, and the absurdity in some cases is a little too much to be hilarious. However, there are plenty of funny and engaging episodes in this season. Quite simply, if you like Adventure Time for its randomness and its frequent craziness, this collection of episodes is worth watching.
Capsule Computers review guidelines can be found here.

An entertaining season that focuses more on developing the core characters and their families rather than the established recurring characters.
8.5