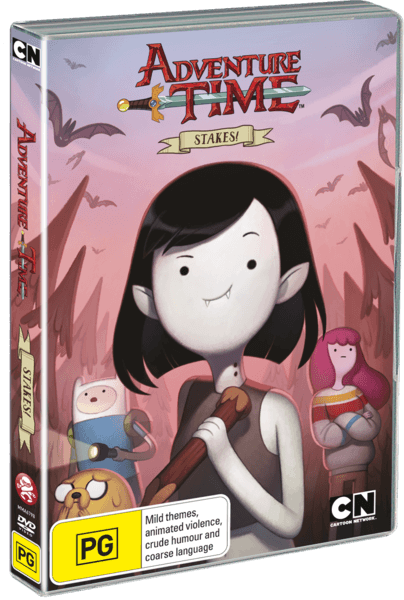 After living as a vampire for 1,000 years, Marceline has decided that it is time for her to become a normal human again. Princess Bubblegum has been working on a cure for vampirism, and while it has yet to be tested, Marceline decides to undergo the experimental procedure. Marceline is later accused of biting and sucking the blood out of the animals in a nearby farm village, but is unable to defend herself against the accusations. Meanwhile, new enemies appear in the form of reborn vampires. 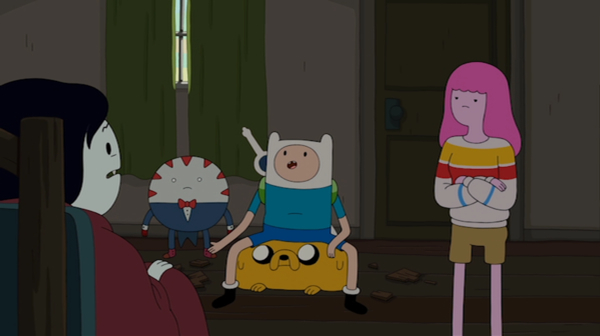 Episodes of Adventure Time featuring Marceline have always been more memorable than others. Her history with Simon, now known as the Ice King, is being gradually revealed, and her issues with her father have also been the subject of multiple episodes. It is only natural that she should now be the star of several consecutive episodes. There are some things going on in the background involving Princess Bubblegum and the Candy Kingdom, and the Flame Princess and Cinnamon Bun are briefly shown together for just a few seconds, but Stakes! is primarily about Marceline. It is not particularly common for this series to delve into philosophical territory, but Marceline’s wish to become mortal is explored carefully and sensitively. Burning people alive was common centuries ago, and the writers make a good point about the pointlessness of violence based on fear and ignorance when a group of villagers raise their pitchforks and try to burn Marceline alive. Finn’s devotion to his friends really shines through during this unusually dark turn of events, and Jake becomes more relatable through his fear of the true perpetrator of the crimes against the farm animals. It is exceedingly rare to see Jake sitting a fight out, but in these episodes, he is not one of the stars of the show. This is Marceline’s adventure, both physically and emotionally. 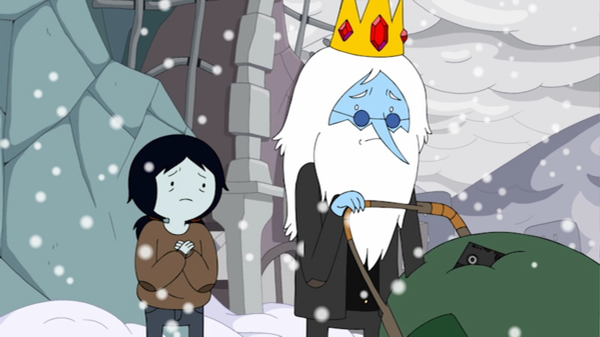 Until now, flashbacks to Marceline’s past have mostly featured Simon. The second episode of this miniseries reveals a great deal more about her youth. A scene featuring her mother is by far one of the most touching scenes in Stakes!, and it is quite powerful seeing how the humans she encountered over the years have reacted to her. They see her as a threat even when she helps them, although some do eventually come to see her as a genuinely caring person. The only significant problem with Stakes! is that “Everything Stays” is the only episode focusing on flashbacks to Marceline’s past. Each individual flashback could have easily been the focus of a whole episode, yet they are all condensed to only be just long enough to be meaningful. Another problem, albeit a less important one, is that the events of “The Empress Eyes” make it as difficult as it has been in the past to feel any kind of sympathy for the Ice King. The earlier flashback to Marceline’s time with Simon does at least give more emotional insight into the kind of person he used to be, but the writers did not choose to have the Ice King grow, or rather regain his old identity, during this miniseries. Adventure Time has always been about taking one step at a time instead of giving all of the answers and ideal conclusions at once, so if the writers do have plans for the Ice King in the future, they may very well be worth the wait.

The villains in Adventure Time are usually too bizarre to ever be truly annoying. The Lemon Grabs have been a source of great entertainment for fans despite being disturbing, and many of the other bad guys have turned out to be less evil than they first appeared. Marceline’s enemies, the vampires and especially the Vampire King, are created according to this trend. We get to see old-fashioned vampires, hypnotising vampires and more, but the Vampire King is one of the best ‘villains’ ever featured in this series. He might have been evil once, but these episodes show that bad people can become good if they are given a chance. Such people may not always seem to deserve a chance, but in this case, the Vampire King’s dramatic shift in character pushes Marceline to really develop as a character. 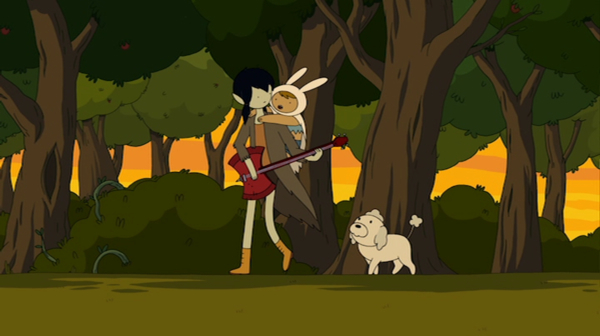 For the most part, the animation featured in Stakes! is exactly the same as it is throughout the majority of Adventure Time. However, the animation noticeably increases in quality during the climax. It seems as if the animation team got some ideas from Japanese animation, and the end result is amazing. A special opening animation sequence was created for these episodes too. This sequence helps add to the dark atmosphere of this story. The character designs remain the same, but a lot of effort has gone into creating a wide range of unique characters and enemies just for this miniseries. With a bit of editing, this could just as easily be a feature film. One can only hope that the production team creates another miniseries within Adventure Time again, or better yet, a direct-to-TV film.

The quality of the music is mixed; much of it is the same type of synthesised music present in the rest of the series, but there are a few pieces of music that help add to the emotional atmosphere. There are a few fantastic vocal songs, and the lyrics are as powerful as in Marceline’s previous songs. The voice acting maintains the same quality as before, and Olivia Olson continues to do a perfect job of voicing and singing as Marceline. 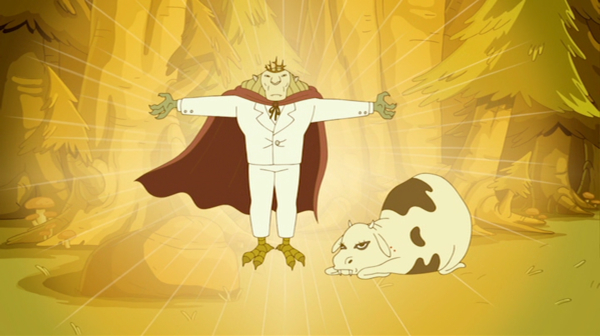 This set features animatics, song demos and an art gallery. The song demos feature basic demonstrations of the songs with Olivia Olson’s vocal tracks, and the art gallery is a short video featuring character designs for all of the characters seen in these eight episodes. These extras present a great way to spend a few minutes after watching the final episode.

Cartoon Network’s animated series tend to be all about action, but Adventure Time has differed on many occasions. It evokes emotions through the exploration of important themes such as parenthood and romance, and episodes featuring Marceline in particular are always powerful and moving. With so much creative potential, it is no wonder at all that Marceline became the focus of an eight-part story in Stakes!. These episodes depict her character and her past as sensitively as ever. If not for the crude humour present in scenes featuring Finn and Jake, this miniseries might have been one of even more profound. Even with the usual toilet humour, it raises philosophical questions about existence and asks questions about the meaning of good and evil, and then discusses them as best it can. This is Adventure Time at its most powerful and engaging level so far. 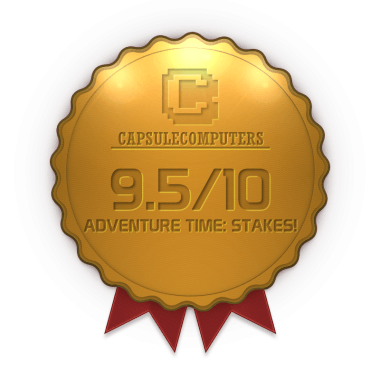